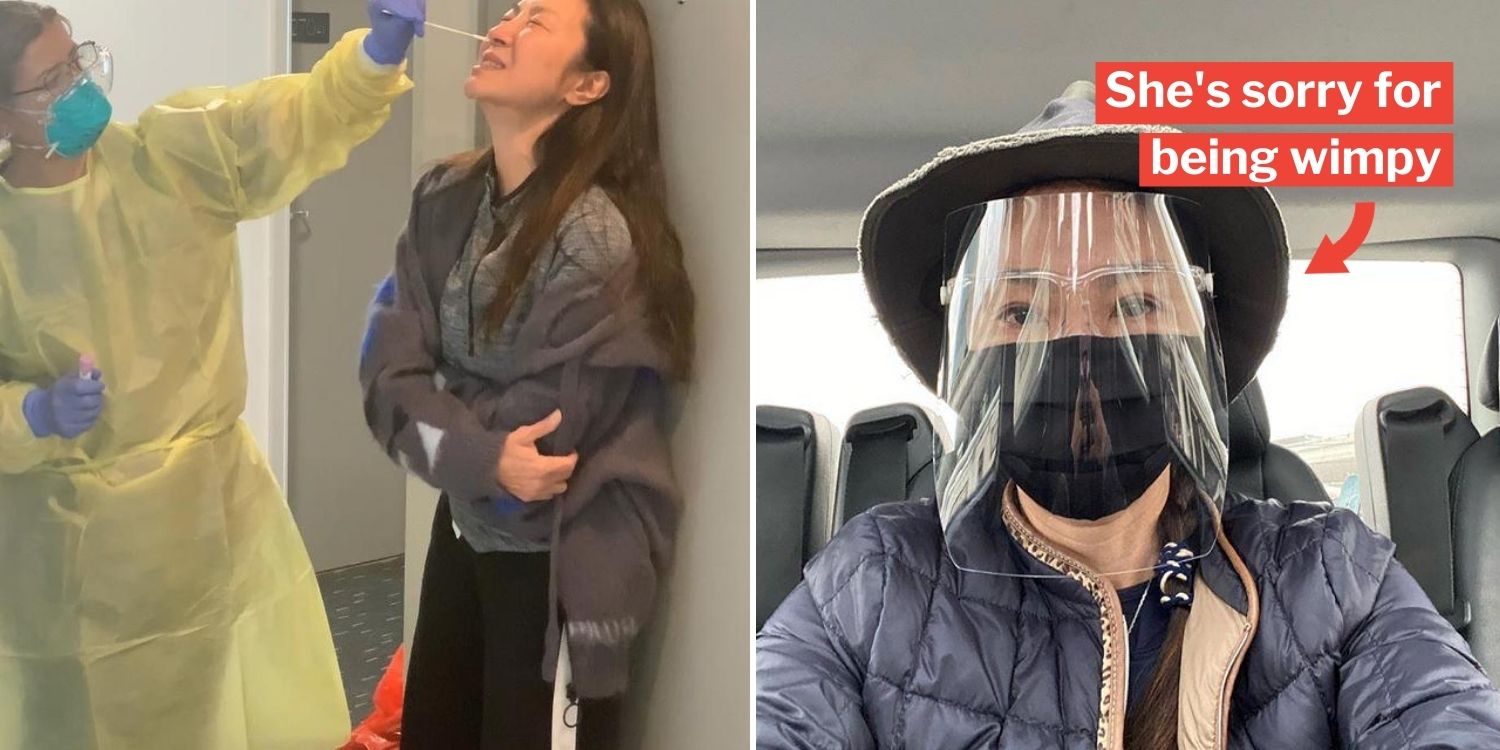 Covid-19 is serious, and it's painful.

Actress Michelle Yeoh is one of the few Asian actresses to be a household name in the West, thanks to her breaking into Hollywood as a fighting Bond girl in Tomorrow Never Dies and a gongfu heroine in Crouching Tiger, Hidden Dragon.

Most recently, Singaporeans will remember her as Eleanor Young, the mother-in-law from hell in Crazy Rich Asians.

But even the formidable Eleanor Young is no match for that horrible coronavirus that’s going around the world. Thankfully, she hasn’t gotten it, but it’s surprising enough to see her wincing in pain while getting tested. The Malaysian actress’ latest photo on Instagram may be more shocking than any role that she’s been in on the silver screen.

It shows the woman known for playing a range of tough characters in Hollywood reduced to a wreck, at the mercy of a swab being pushed into her nose by a healthcare worker in protective gear.

Seeing Yeoh in such a vulnerable position must be a shock to fans, who’re more used to seeing her kick butt onscreen.

Even Yeoh herself knows this, that’s why she felt the need to apologise in her caption: “sorry so wimpy!!”

Yeoh went to Sydney for work

Yeoh got tested as she recently went to Sydney for work.

On 17 Jul, she posted a photo of herself in the airport in Paris, where she was isolating with her husband Jean Todt during the pandemic.

She was was very well prepared for the danger of overseas travel during the time of Covid-19 — she wore a face mask, face shield, goggles and a hat. On 21 Jul, she posted a photo of herself wearing a face shield, saying that she was getting over jet lag in Sydney. 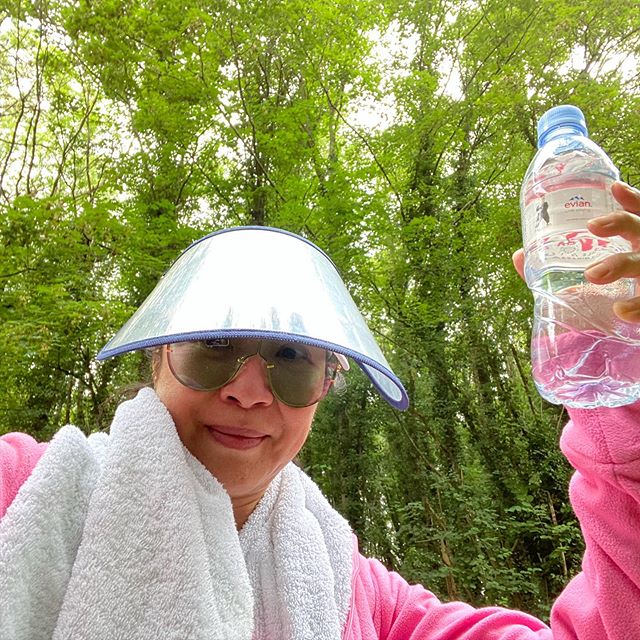 That same day, she posted another photo of herself in full battle gear of face mask, face shiled, googles and hat.

She said that she was still jet lagged, and had drunk some red wine.

She also forewarned fans that she was going to undergo a Covid-19 test, wondering if some may be interested to see how “Emperor Georgiou” — her role in Star Trek: Discovery — and Eleanor Young from Crazy Rich Asians would deal with the very invasive test. 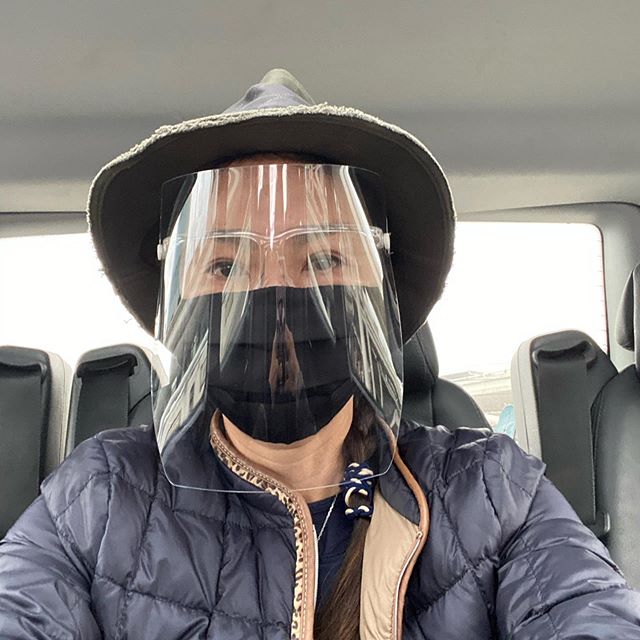 Is Yeoh joining case of Shang-Chi?

The fact that Yeoh is in Sydney for work got netizens speculating that she might be filming the Marvel movie Shang-Chi, the first to have an Asian lead. 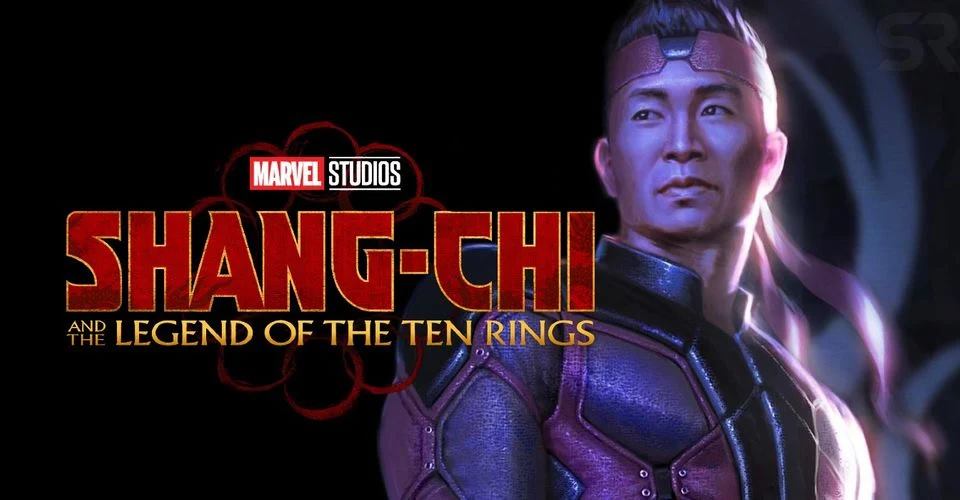 It’s worth noting that actor Si Mu Liu, who stars as Shang-Chi, and Awkwafina, who’s also in the movie, replied to her latest post.

It’s also known that Shang-Chi will be filmed in Sydney.

Covid-19 is a serious matter

We think that it’s a good thing that Yeoh posted that photo of herself getting tested for Covid-19.

While it’s surprising that she doesn’t mind letting herself be seen in such a helpless position, it also may convince more people that Covid-19 is serious.

For those who ignore social distancing and mask rules because they think they’re tough and will survive Covid-19, think about it — if even tough-as-nails actress Michelle Yeoh winces at a swab test, how would you fare?

In fact, it’s heartening to see that someone as tough as Yeoh is protecting herself so well.

Thus, to spare yourself and your loved ones the pain of the disease, please be mindful of the current measures.