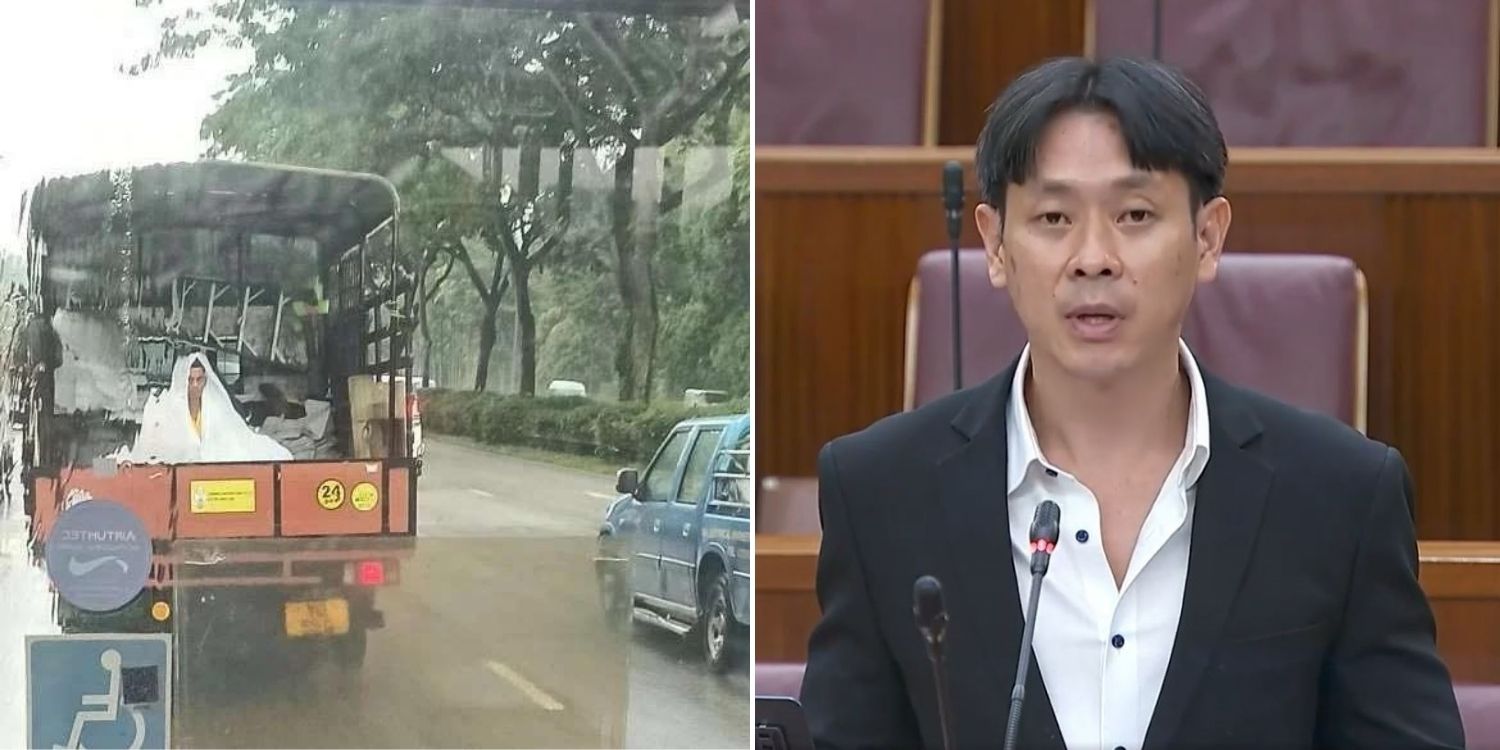 The sight of migrant workers being transported in the back of lorries in Singapore is common but heartbreaking.

Not only is it uncomfortable, it’s dangerous too – but unfortunately, this practice still persists.

The recent bout of rainy weather in Aug also highlighted another issue—the workers will get soaked in heavy rain.

Nee Soon MP Louis Ng called the public’s attention to this when he shared a photo of a migrant worker sitting in the back of a lorry, soaked by the rain. 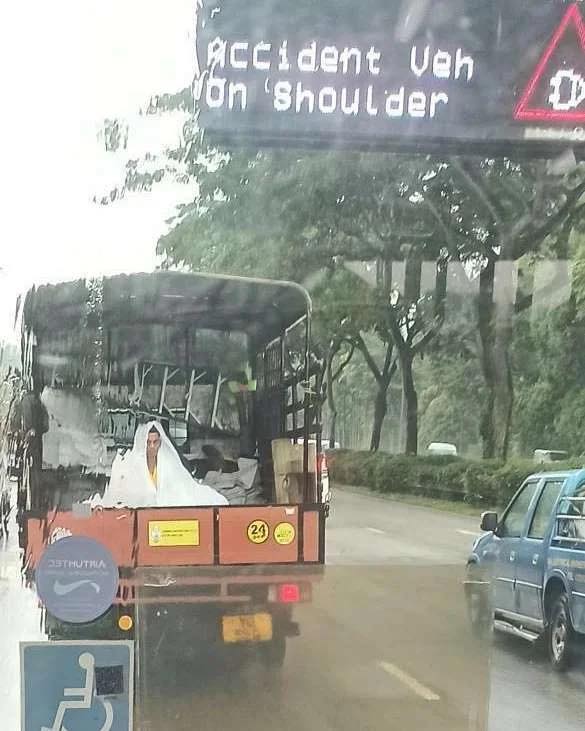 He said he’ll raise the issue in Parliament, and call for rain covers for lorries.

Migrant worker uses a tarp to cover himself

Mr Ng shared the photo in a Facebook post emphatically titled “Can we not let them get soaked in the rain”. 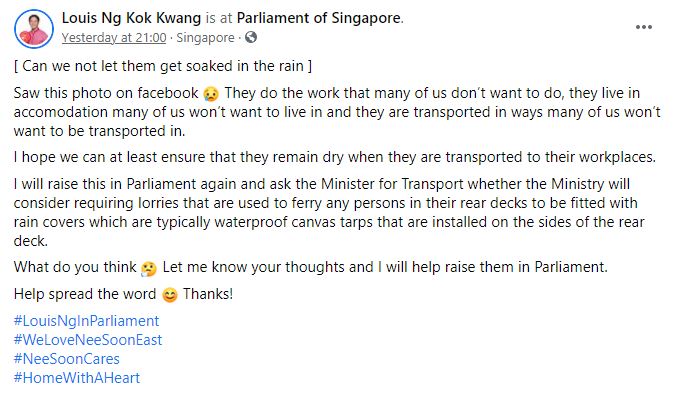 In the photo that appears to be taken from the vehicle behind, a lone worker is seated in the back of a lorry, surrounded by worksite equipment including a ladder.

Rain can be seen flowing down the windshield of the vehicle, indicating that it must be pouring heavily.

However, the poor worker only has a piece of tarp to cover himself – despite the lorry having a roof, the rain must be so heavy that he’s getting drenched anyway.

Empathising with the worker, Mr Ng pointed out that migrant workers do work that many Singaporeans don’t want to do.

For that, they live in cramped accommodation we wouldn’t want to live in that’s also potentially hazardous to health, thanks to Covid-19. Mr Ng thinks that the authorities should, at the very least, ensure workers stay dry while they’re being transported.

Thus, he said he’ll raise this issue in Parliament. The Ministry of Transport (MOT) could consider requiring lorries that carry people in the back to install rain covers, he suggested.

These are typically waterproof canvas tarps fitted at the sides of the rear deck. 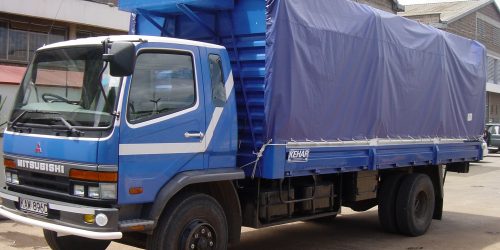 An example of a truck rain cover
Source

A search on Lazada shows that waterproof canvas sheets of various sizes can be found for $10-$30 each. Other photos of migrant workers’ transportation

The photo that Mr Ng shared was shared by Wake Up, Singapore on Instagram on 31 Aug.

Sadly, it’s not the only such photo that it has shared.

On the same day, it also shared another photo of 1 or more migrant workers using an umbrella to shield themselves from the rain. On 2 Sep, the news and media website also shared a photo of a worker sharing the back of a lorry with sacks of concrete debris.

One false move and he could get crushed by them. 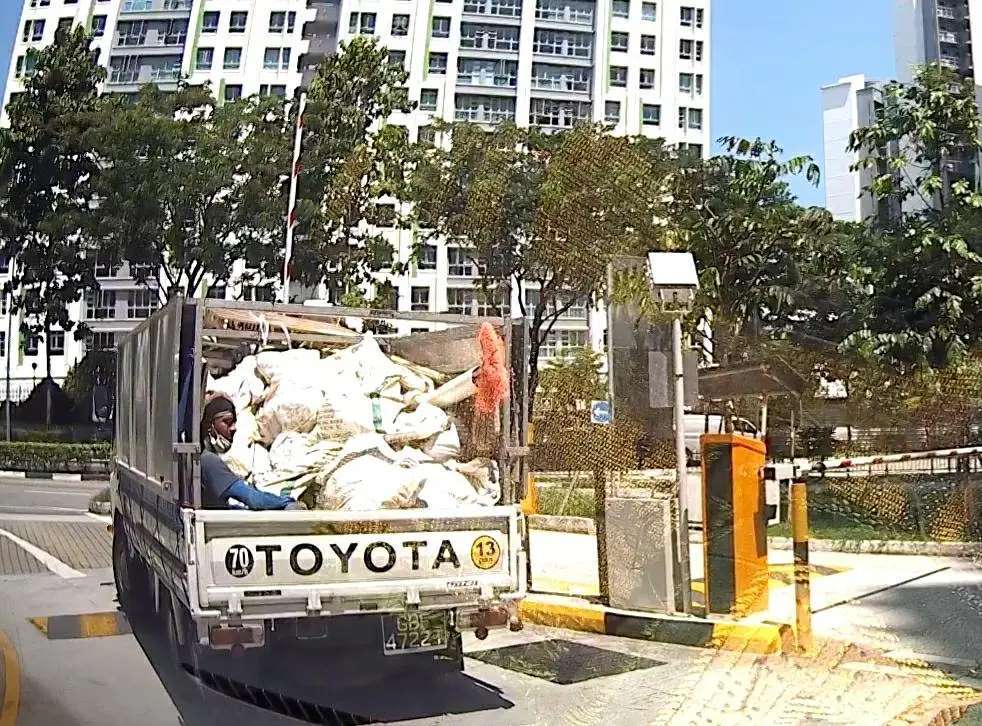 To see other photos of migrant workers being transported in unsafe ways, you may check out Humans Not Cargo on Instagram.

The page says it’s a “movement to abolish the unsafe practice of transporting low-wage migrant workers in lorries”.

Practice may be fatal for migrant workers

This practice of transporting migrant workers in the back of lorries is not only uncomfortable but can be fatal.

In Apr, 2 migrant workers passed away after a lorry they were sitting in crashed into a truck.

It doesn’t take much imagination to realise that if you’re sitting in the back of a lorry without a seatbelt, any accident could send you flying out.

This has gone on for a long time

This manner of transporting migrant workers has gone on for a long time. Thus, most people wouldn’t have hopes that anything will change.

Thus, kudos to MP Louis Ng for yet again taking up a seemingly hopeless cause in Parliament.

We hope Singapore employers can take the time to consider whether avoiding investment in safer transport for workers is worth potential injury and loss of human life.