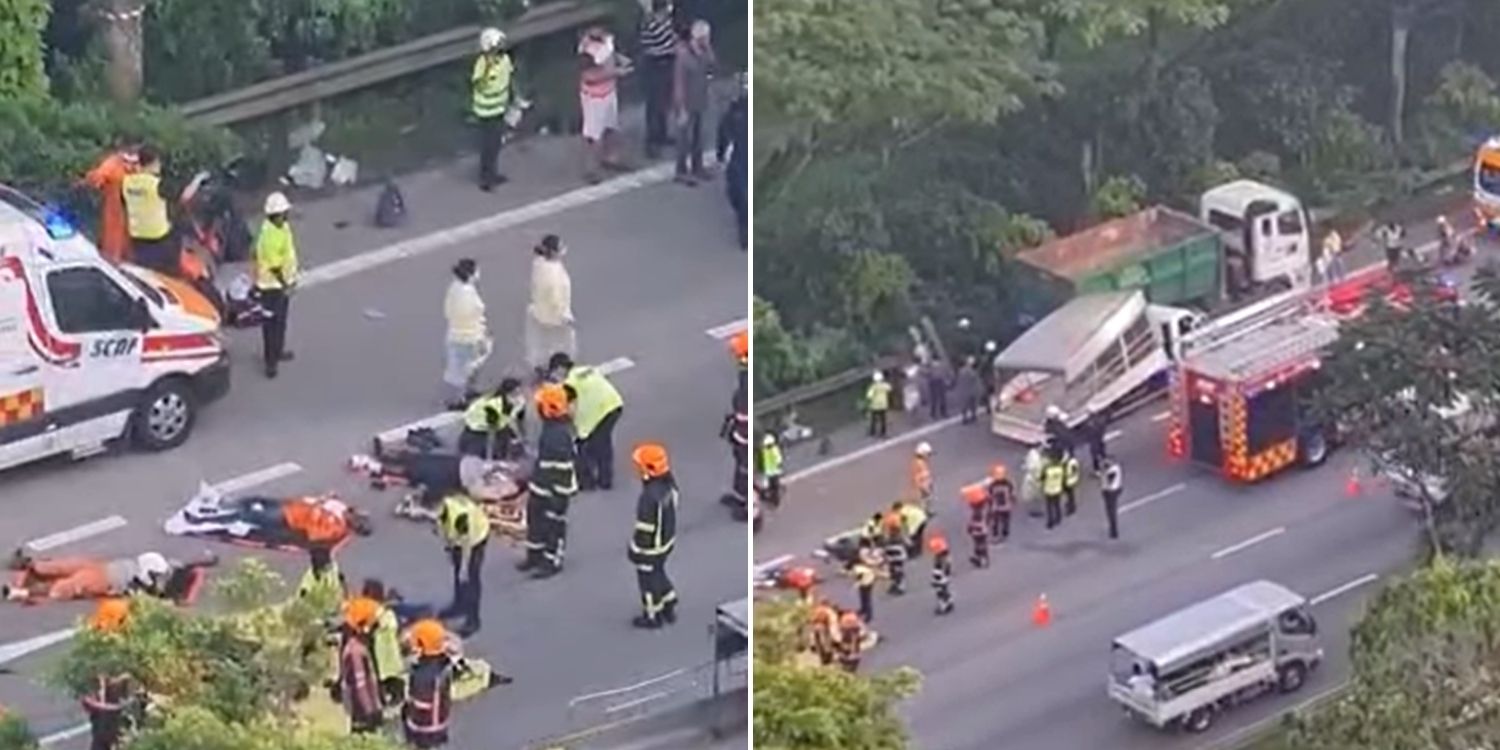 Pray for the injured workers.

Earlier this morning (20 Apr), a lorry carrying workers on the Pan-Island Expressway (PIE) unfortunately got into an accident.

Footage of the scene shows injured workers lying on the road, with rescue forces tending to them. 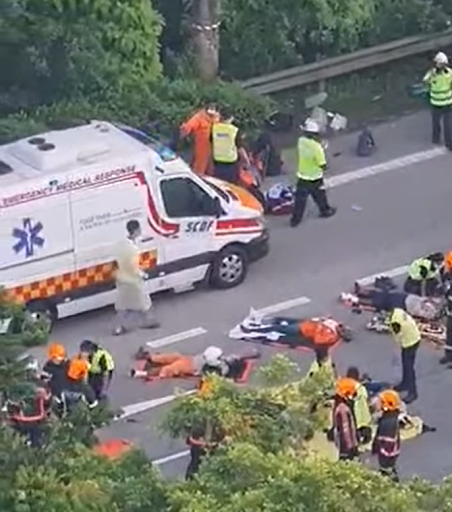 The accident caused congestion on the PIE till Pioneer Road North, and the expressway before Jalan Bahar was closed.

Around 9am this morning (20 Apr), migrant worker welfare group ItsRainingRaincoats posted footage of the accident on Facebook.

According to the Land Transport Authority (LTA), the accident happened on the PIE towards Changi Airport, just before the Jalan Bahar exit.

The footage shows injured workers lying on the road, with paramedics from the Singapore Civil Defence Force (SCDF) tending to them. 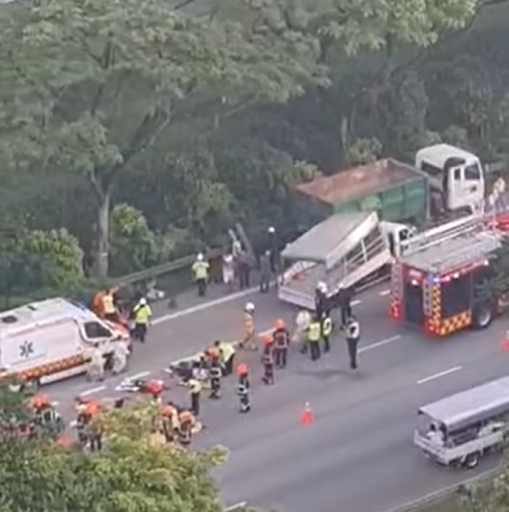 In response to queries from MS News, the SCDF confirmed that they had responded to an accident on the PIE at around 6.10am this morning (20 Apr).

On 20 April 2021 at about 6.10am, SCDF was alerted to a road traffic accident along PIE towards Changi Airport, before Jalan Bahar exit. Two persons were found trapped at the rear compartment of a lorry. SCDF rescued the persons using hydraulic rescue equipment. A total of 17 persons were conveyed to National University Hospital and Ng Teng Fong General Hospital.

The Straits Times reports that one of the 17 migrant workers travelling in the back of the lorry has passed away.

The 33-year-old man died of his injuries in the hospital.

Accident causes congestion on the PIE

The accident has caused congestion on the expressway until Pioneer Road North, near Nanyang Technological University (NTU).

According to LTA’s traffic updates on Twitter, the PIE before Jalan Bahar exit was closed following the accident.

Concerns on lorry rides without seatbelts

Bringing attention to the serious accident, ItsRainingRaincoats highlights safety concerns regarding the lorries. 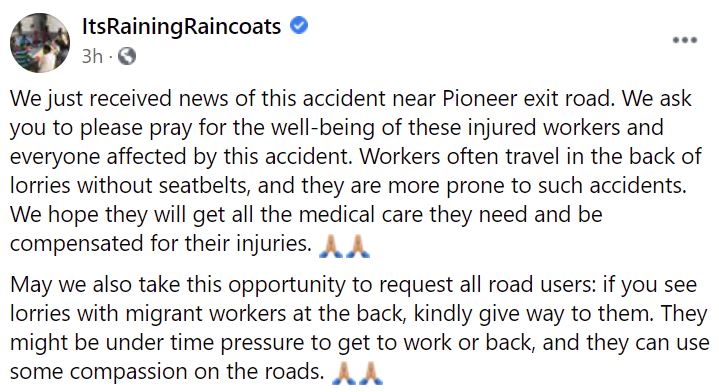 For one, workers at the back of lorries often travel without seatbelts. As such, this could make them more prone to injuries, should an accident happen.

They also call on other road users to kindly give way to such lorries on the road, as workers may be travelling under time pressure.

Wishing the workers a smooth recovery

While safety for workers on vehicles such as lorries has been a long-standing issue, perhaps this incident will move us towards a more concrete solution.

Riding without a seatbelt is arguably a safety loophole that ought to be examined.

Safety concerns regarding the lorries are pertinent issues that require more attention.

We hope that the workers received due care and compensation for their injuries.

But most importantly, we hope that they’ll recover from the impacts of the accident.