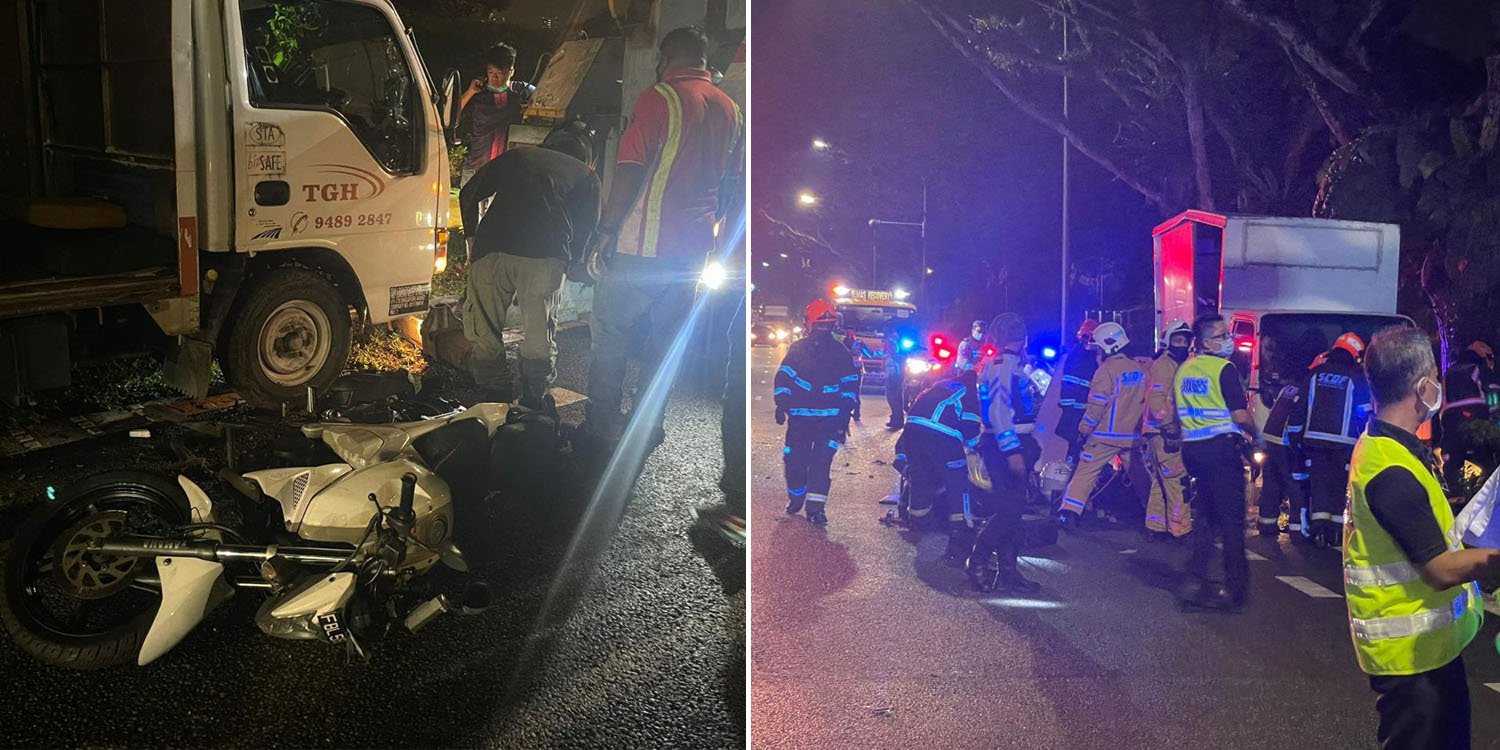 The 26-year-old rider was trapped underneath a lorry.

Driving on our busy roads has its fair share of dangers, but these risks are only amplified when it’s dark at night.

On Tuesday (6 Apr), a motorcycle and 2 lorries were involved in an accident along PIE near Jurong. 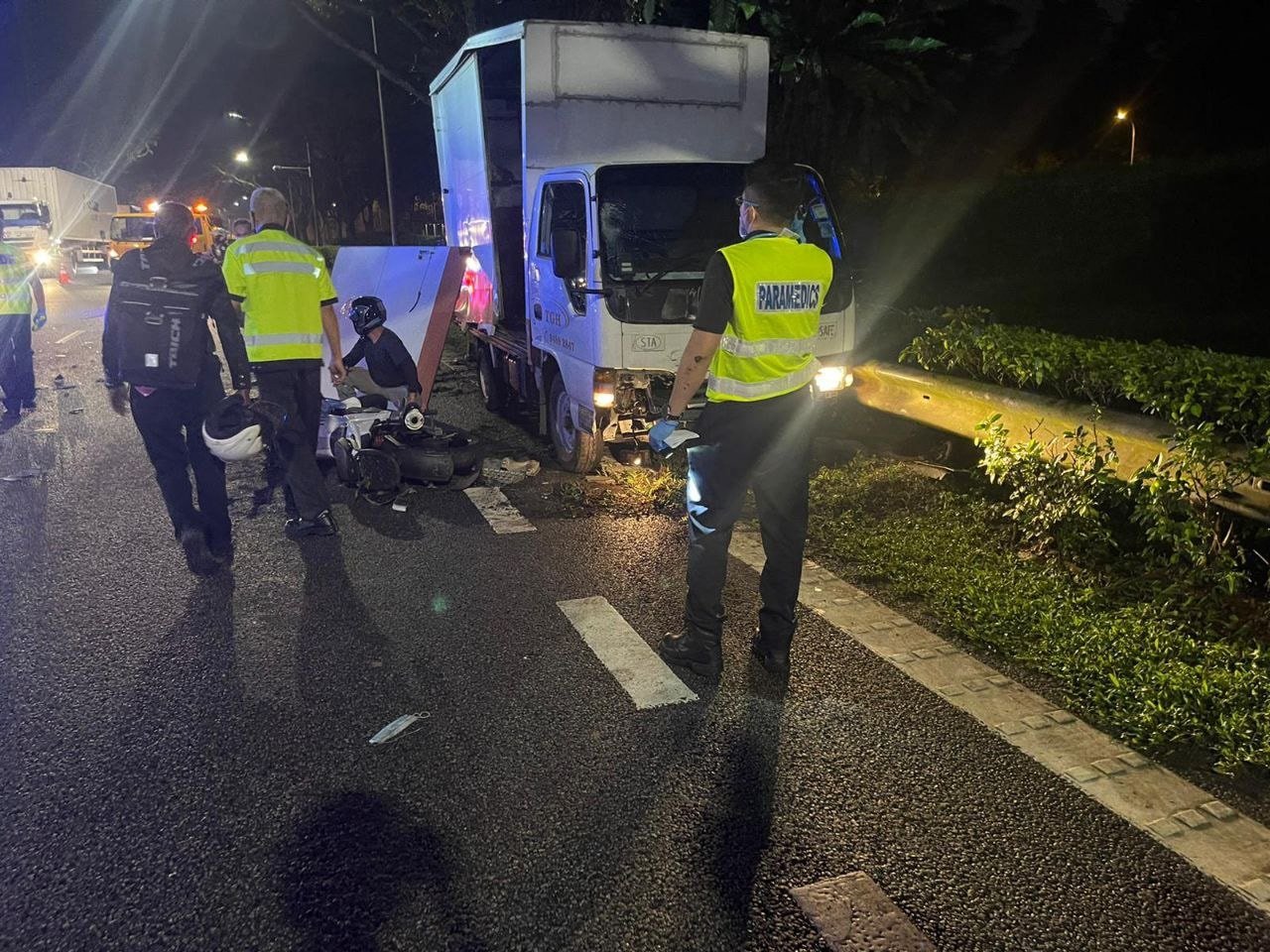 A 26-year-old motorcyclist was trapped underneath the lorry and tragically pronounced dead on the spot by Singapore Civil Defence Force (SCDF) officers.

3 other people were also assessed for their injuries.

Images of the accident on the Traffic accidents.SG Facebook group show a stationary white lorry on the side of the road with a white motorcycle lying next to it. The lorry appeared to be severely damaged, with one of its cargo compartment doors broken off. The entire front bumper was also detached.

In other photos, the motorcyclist appeared to be trapped underneath the lorry. About 6 police cars and an ambulance was seen at the scene of the accident. 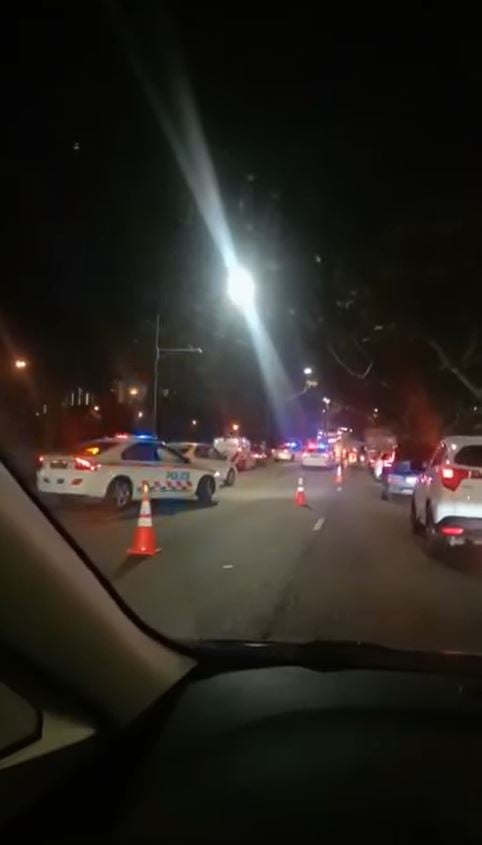 At one point, at least 10 SCDF and police officers were seen surrounding the lorry. Later on, an ominous navy tent was seen next to the lorry in a video. 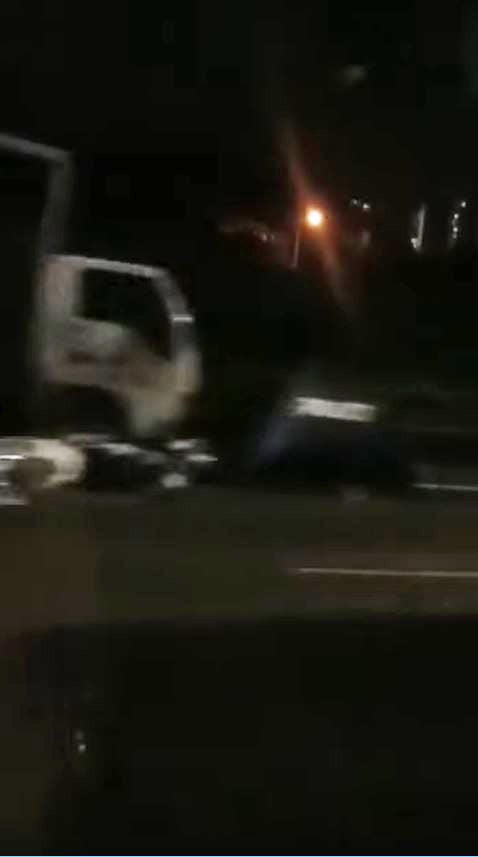 Further up the road, a larger lorry from RichLand Logistics can be seen. 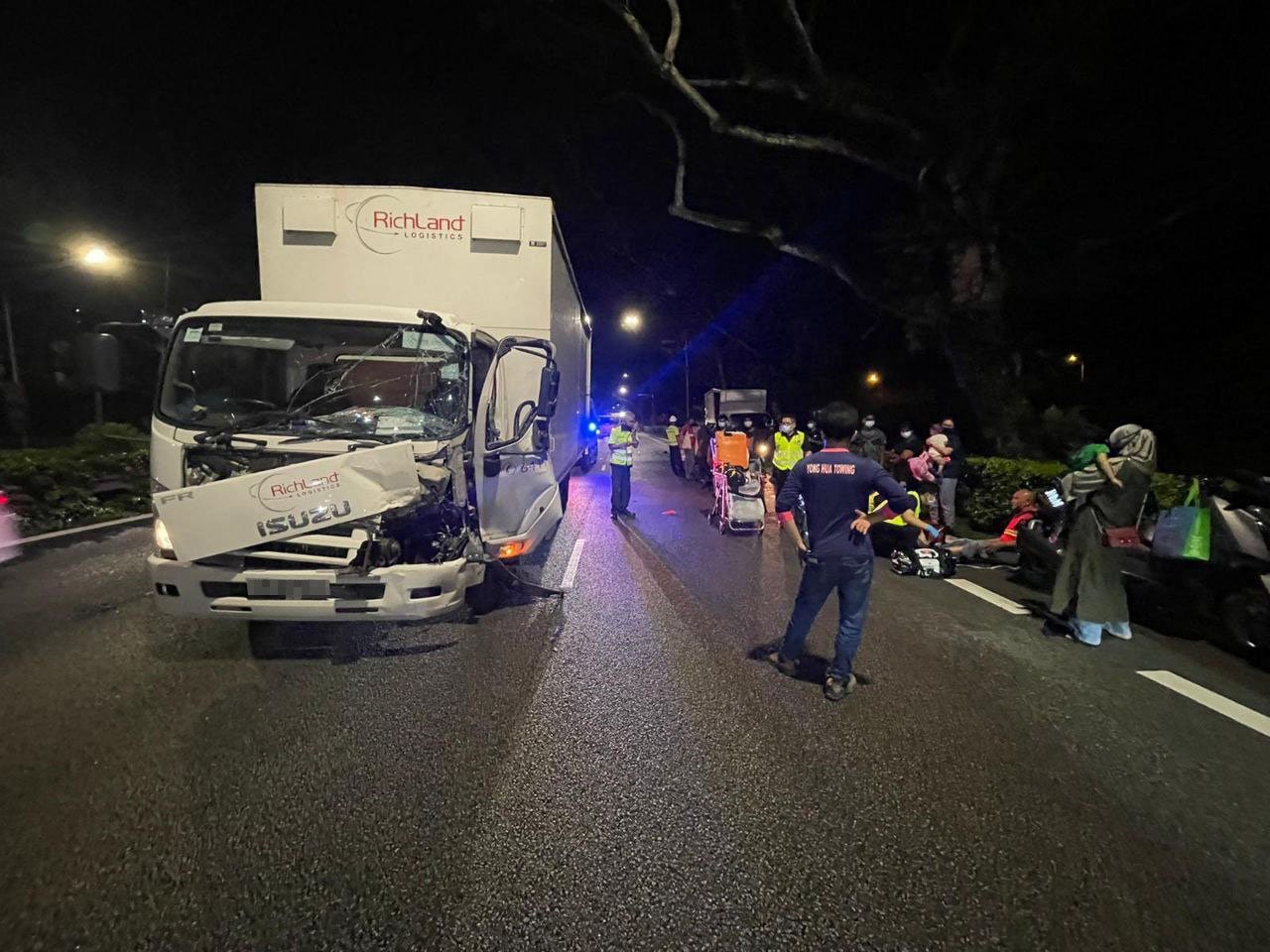 The larger lorry was also badly damaged — its passenger side door was heavily dented while its front bumper was seen hanging off the vehicle.

Several lanes were closed off due to the accident, resulting in a massive jam along PIE on Tuesday (6 Apr) night. 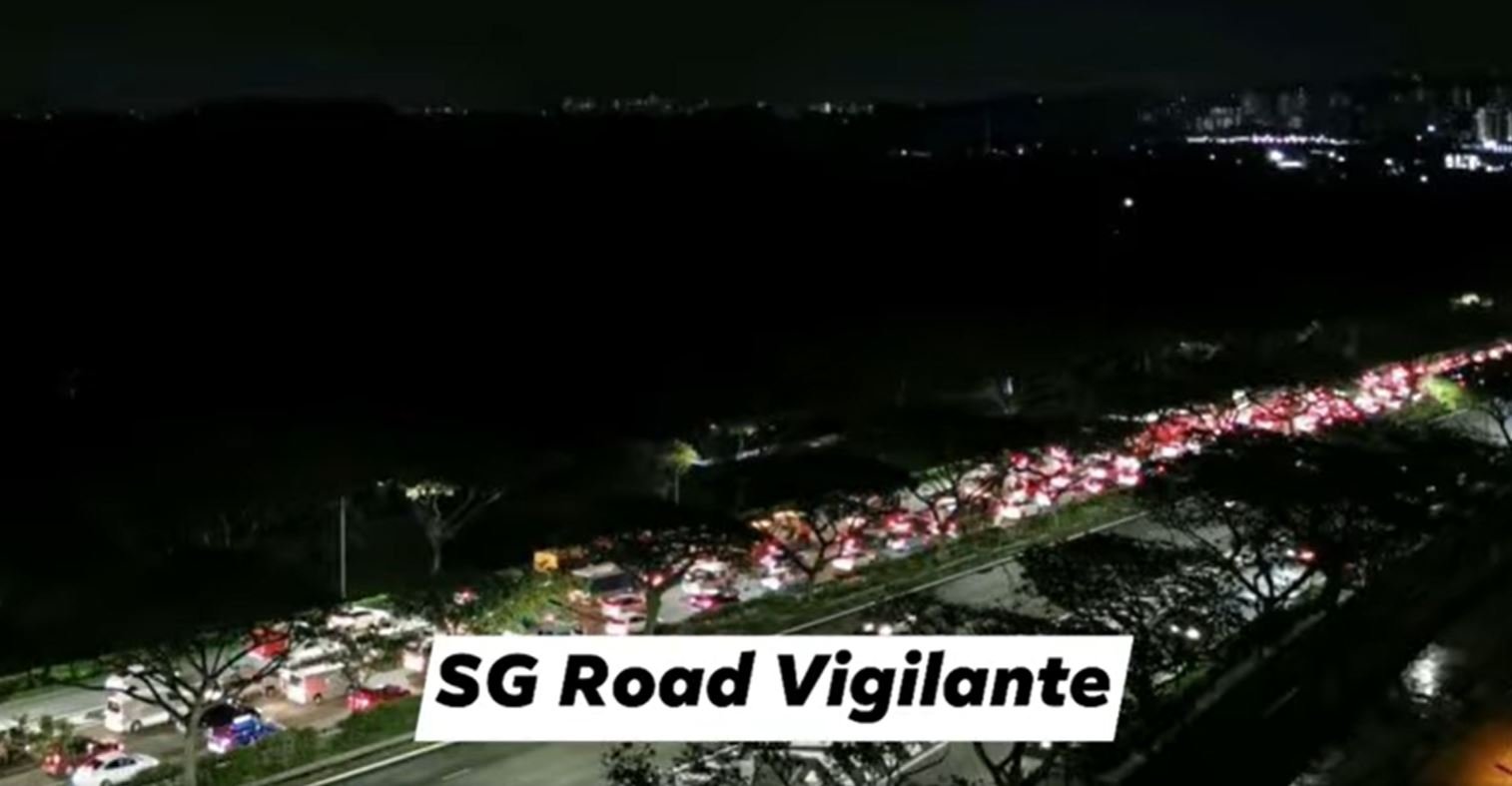 In response to MS News queries, the SCDF said they were alerted to the traffic accident at around 7.55pm on Tuesday (6 Apr).

The accident involved 2 lorries and a motorcycle and occurred along PIE towards Changi Airport, near the Jurong Town Hall exit.

SCDF also confirmed that 1 person was trapped underneath the lorry and that officers had to use an airbag to release him.

Unfortunately, the man was pronounced dead on the scene by an a paramedic.

3 other people were also assessed for injuries but did not want to be sent to the hospital.

According to Channel NewsAsia (CNA), one of the lorry drivers was subsequently arrested for careless driving causing death.

Condolences to victim’s family and friends

There has been several traffic accidents lately that resulted in such tragic loss of life.

This is, sadly, yet another reminder for motorists to be alert at all times and to drive safely.

MS News sends our heartfelt condolences to the family of the deceased. May he rest in peace.