Must Share News – Independent News For Singaporeans
Home Inspiration Perspectives S’pore Employers Must See Investing In Safer Transport For Workers As A... 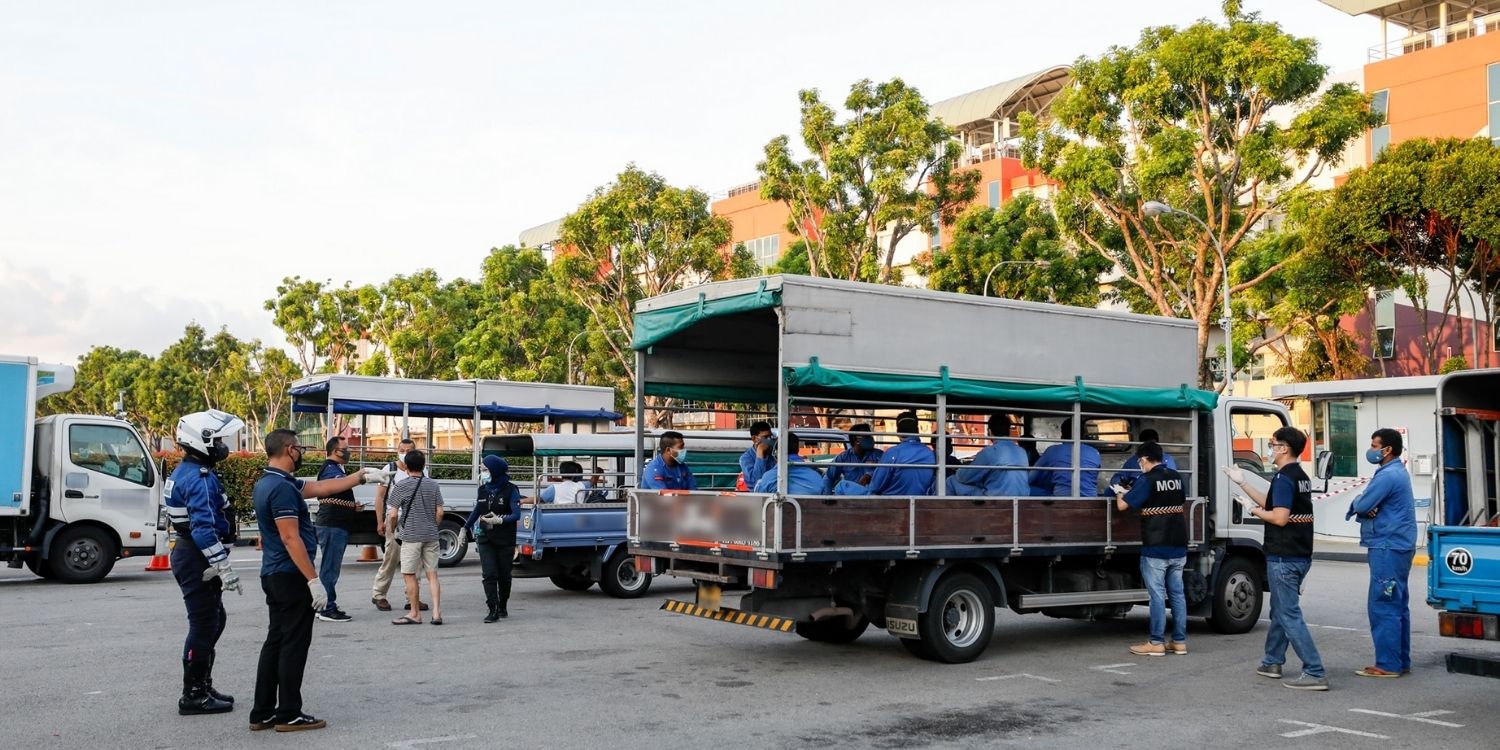 We Should Be Concerned About Migrant Workers’ Transportation & Their Safety

In Oct 2013, a car rear-ended a lorry on the Ayer Rajah Expressway (AYE), sending 16 migrant workers to the hospital.

In Apr 2021, a lorry crashed into a tipper truck on the PIE, killing 2 migrant workers and injuring 15. Just 4 days later, a lorry flipped on its side at Upper Bukit Timah Road, and 10 workers had to be sent to the hospital. 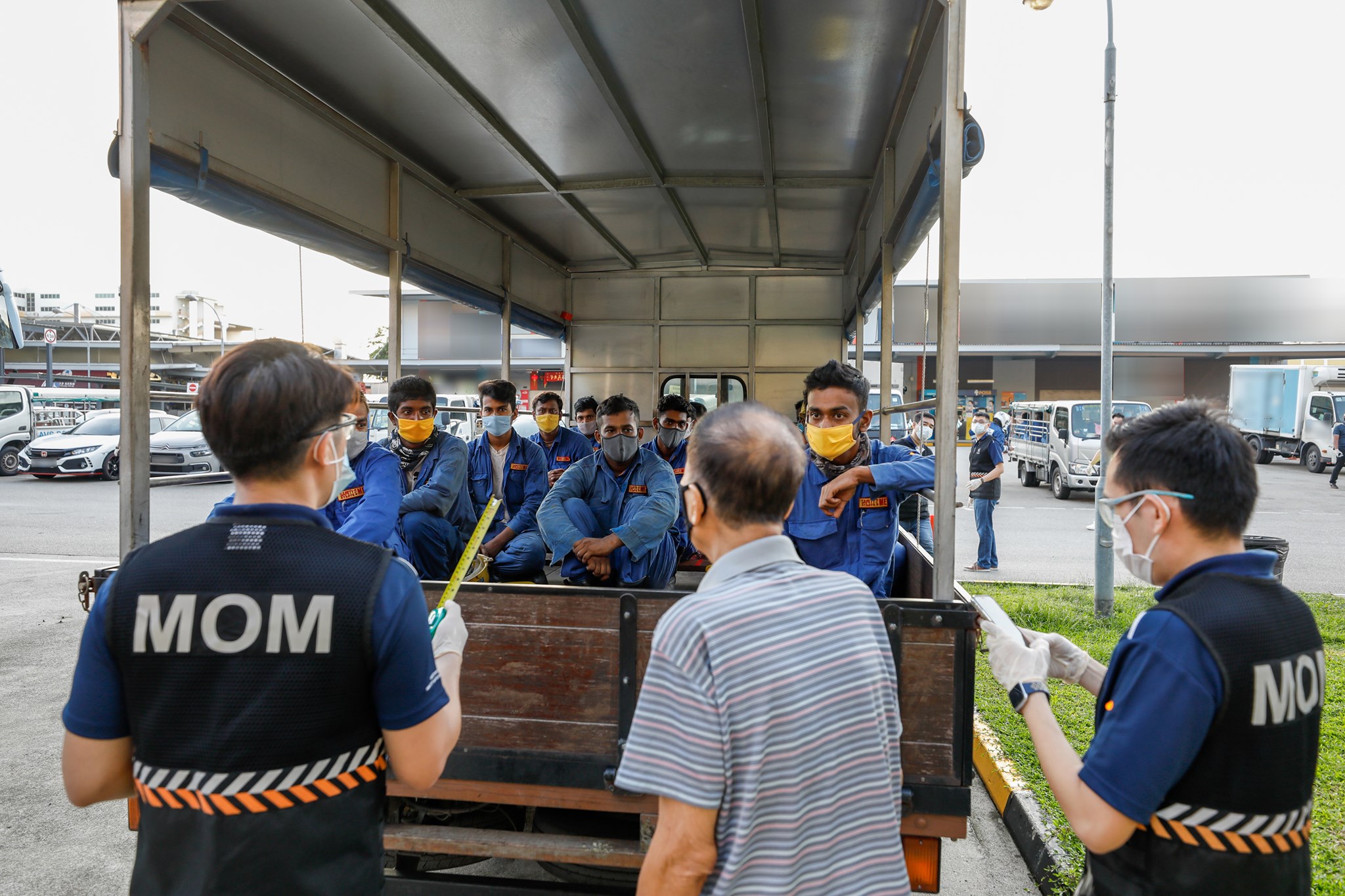 But the question is — why are migrant workers still getting wounded, or worse, dying, in the back of lorries?

Don’t get me wrong, our government has been working on safer transport for construction workers over the years, and I acknowledge that.

From 2011, lorries have to be fitted with canopies and higher railings. Doubled seating space and tougher enforcements for dangerous driving are among the improvements. 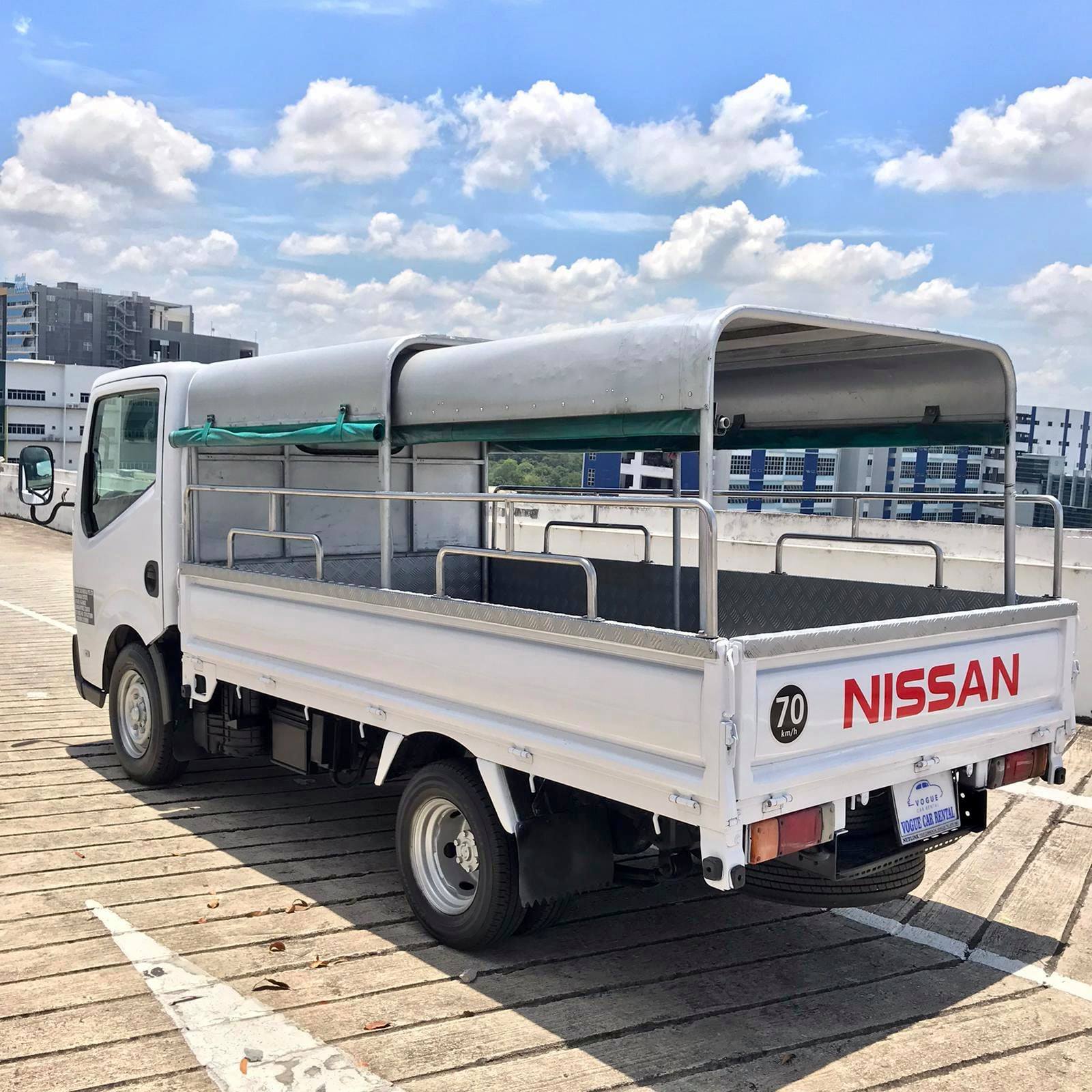 However, these measures have arguably missed the gist of the problem.

Granted, canopies shelter the workers from hostile weather, and higher railings prevent them from falling off the truck.

But in the face of sudden and blunt impacts – like those in a crash – workers are still at high risk of sustaining serious injuries.

Punishing drivers doesn’t strike the root cause either

On imposing harsher enforcement for errant drivers — chances are, the drivers are migrant workers themselves who work long hours and lack adequate rest.

As local welfare group ItsRainingRaincoats points out, there’s a good chance that their lapses of concentration stem from early hours and/or sleep deprivation.

According to Channel NewsAsia (CNA), the group has heard that drivers may even be docked wages if they are late.

So for obvious reasons, a stiffer penalty for errant driving does little to address the root cause of the problem.

Instead, we need to look into real solutions to mitigate the safety hazards teeming the transport of migrant workers.

What other countries are doing

One apparent answer is seat belts, which reduce the risk of injury by up to 65%. It’s also the single most effective protection in a car crash.

Similar to Singapore, some states in the US allow trucks to ferry migrant workers.

However, since 2006, states like Maine made having a seat and an operational seat belt compulsory for every migrant worker on board.

In Scotland, construction workers travel to work via cars, vans or minibuses, which are all enclosed vehicles with seat belts. In other countries like China and South Korea, construction workers use public transport or travel to work independently.

The above is by no means an exhaustive list. I’m sure the experts in the relevant agencies and organisations will develop a more comprehensive one.

The point is, safe solutions are out there, as long as one is looking.

Time to weigh costs against benefits

But of course, there are operational difficulties when implementing such measures in our society, you say.

Of course, these suggestions all make sense.

But employers in Singapore should – no, must – think of investing in safer transport for workers as a long-term gain.

Injuries or deaths resulting from safety hazards lead to compensations, potential lawsuits, and PR crises — all arguably avoidable had there been safer transport.

But frankly, having to weigh the loss of human lives against costs is unfathomable to begin with.

No cost is greater than that of human lives

The recent spate of tragedies has launched a new wave of outcry, with another petition for safer transport gaining traction across Singapore.

As of the time of writing, over 9,000 people have signed it.

These signatories hope that change, despite being so belated, may finally come, and that safety for these migrant workers arrives in the form of more regulations.

After all, no cost is greater than that of human lives.