He unfortunately succumbed to his injuries.

On Tuesday (20 Apr), a lorry carrying 17 workers crashed into a tipper truck on the Pan-Island Expressway (PIE).

Following a fatality on the day of the accident, another worker has unfortunately succumbed to his injuries.

The Migrant Workers’ Centre (MWC) is offering support to his mother, who is currently working in Singapore.

On Friday (23 Apr), MWC shared the heartbreaking news of the accident’s second fatality on Facebook.

Another migrant worker, who sustained injuries following the crash on the PIE, has unfortunately passed away in hospital. 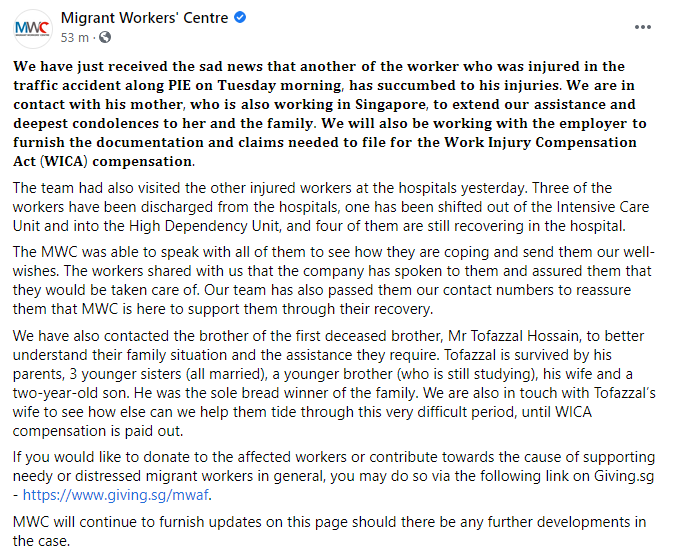 MWC is in contact with his mother who is also working in Singapore. They are offering support and assistance to his grief-stricken family.

Meanwhile, the non-governmental organisation will work with the worker’s employer regarding due compensations.

According to MWC, 3 injured workers are recovering well and have been discharged from the hospitals.

One has come out of the Intensive Care Unit, and is currently in the High Dependency Unit. Another 4 are still recovering. 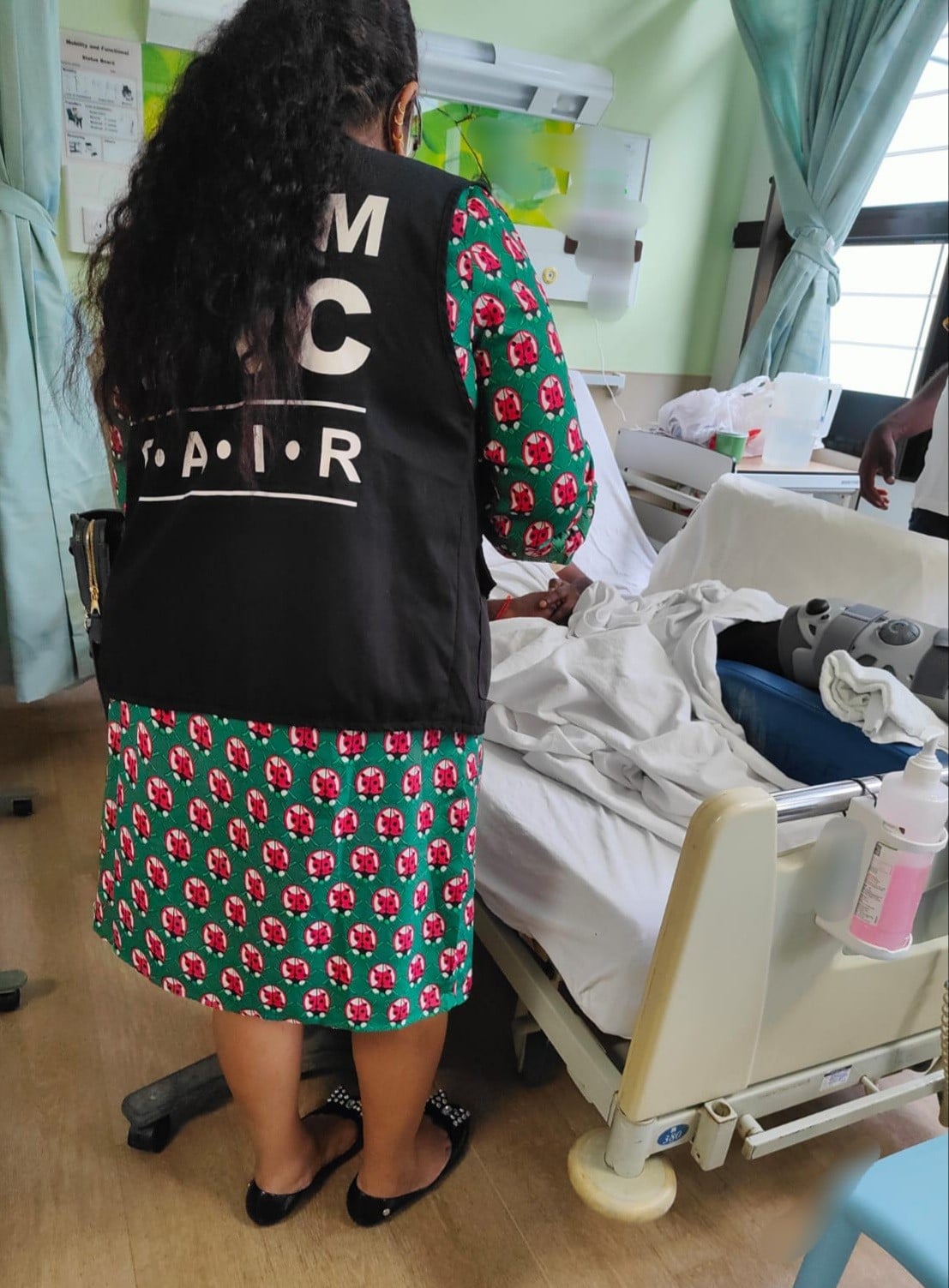 Speaking to staff from MWC, the workers shared that their employers have assured them that they’ll be taken care of.

In the meantime, MWC has reportedly reached out to the brother of the first victim, Mr Tofazzal Hossain.

The 33-year-old was the sole breadwinner of the family, and a father of a 2-year-old son.

MWC says that they’re in contact with his family to better understand their situation, and the assistance they require.

After all, the grieving family needs to tide through the difficult period until payouts under the Work Injury Compensation arrives.

Sincere condolences to the worker’s family

The news of a second fatality is difficult to bear. We hope that the accident will spur a move towards safer transport arrangements for migrant workers.

Meanwhile, MS News offers our sincerest condolences to friends and family of the deceased.