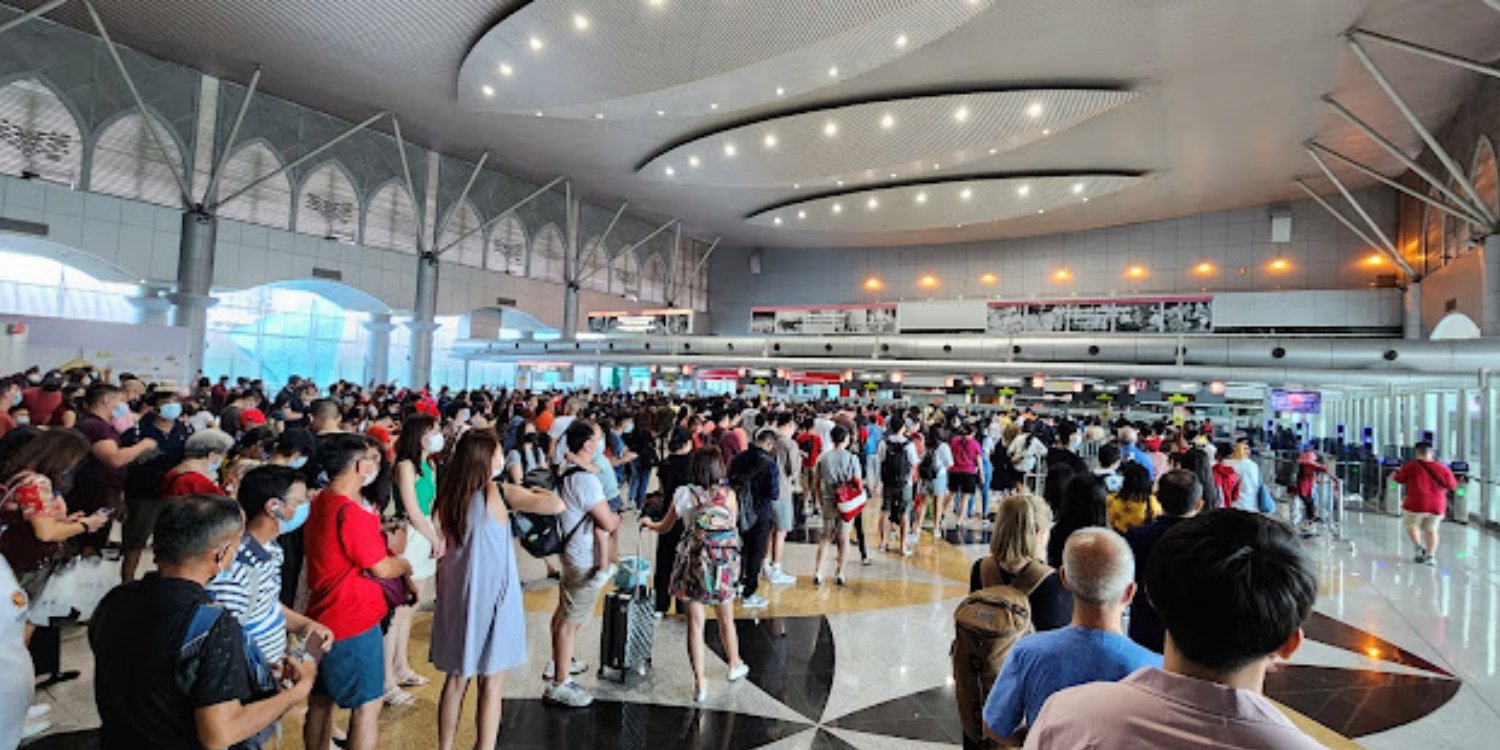 As she was stranded, she felt she had no choice but to pay.

Millions around the world make their pilgrimage home for Chinese New Year to be with their families.

For one Malaysian returning home to KL via bus from Singapore, her pilgrimage did not go according to plan when the bus departed from the Johor Bahru (JB) customs without her and a few other passengers.

To compound matters, someone approached her later and said she could only board another bus if she paid another S$154 (RM500).

Seeing no choice and stranded a long way from home, she decided to pay the amount.

Her cousin tweeted a thread to Malaysian transport minister Anthony Loke asking him to look into the matter.

On Sunday (21 Jan), Twitter user @hennxhen tagged Mr Loke in a thread about his cousin’s experience. 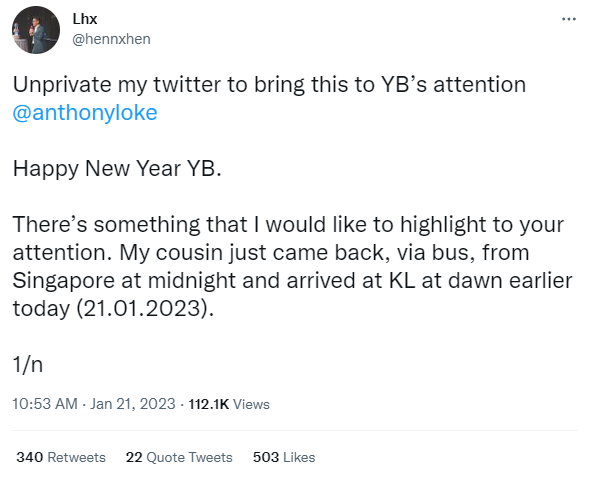 According to him, his cousin had come home via bus at dawn on 21 Jan after departing from Singapore at midnight.

But she should not have returned at dawn — after all, she left Singapore before midnight.

Because there was a horde of people returning home for the CNY holidays, she waited four hours to get through customs.

By then, it was past midnight and the bus she was on had already departed. Apparently, buses could not wait for an extended period at customs as it might cause more congestion.

This, however, left her and a few other passengers stranded.

While stranded, the man’s cousin was approached by someone who claimed to be a person-in-charge (PIC). 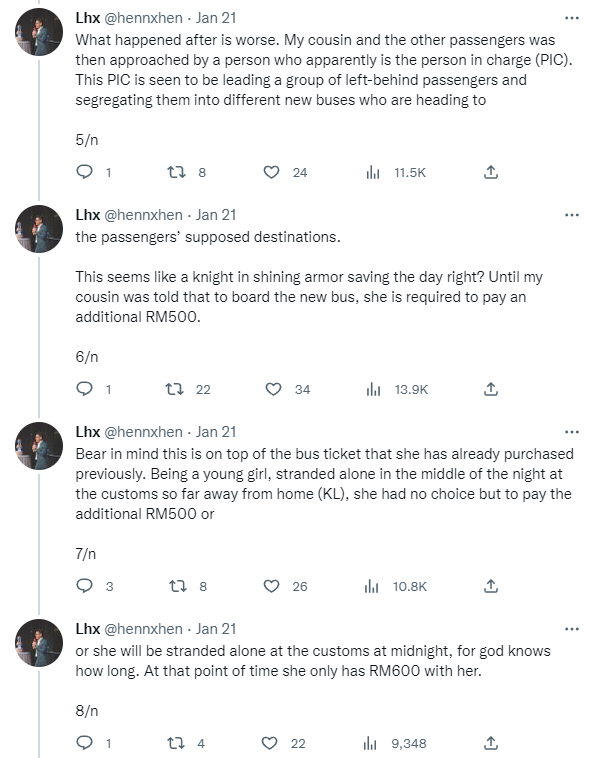 This person appeared to be shepherding passengers who’d been left behind and assigning them to new ones headed to the respective passengers’ destinations.

It is not clear if the person involved is with the bus company or if they were authorised to ask for that amount.

Having already paid for a bus ticket, this was a huge amount. But as it was midnight and she did not want to be stranded away from home, she paid the RM500.

The OP mentioned she only had RM600 on her at the time.

“Is it appropriate and/or even lawful for these PICs and/or bus drivers to collect all these additional payments (an exorbitant amount of RM500) from these passengers who were never at fault for being stranded at the customs?” the man asked Mr Loke.

Should not be taking advantage of stranded passengers

The man further explained that his cousin isn’t looking to get back the RM500 she paid. However, they would appreciate it if Mr Loke can look into this issue.

Bus drivers and whoever is in charge of facilitating passengers from the customs back to their busss, SHOULD NOT be taking advantage of these poor stranded passengers.

Netizens replied saying RM500 is an exorbitant amount, one that could even pay for a new flight ticket.

Some people also said they experienced the same issue, albeit in the opposite direction, while travelling to Singapore from Malaysia.

As of 23 Jan, user @hennxhen told MS News that authorities have not contacted him yet.

Hopefully, the relevant authorities will look into the matter. Given how congested the Causeway is, perhaps they can be more understanding of buses that have to wait for passengers to clear customs.

After all, everyone’s just trying to get home.