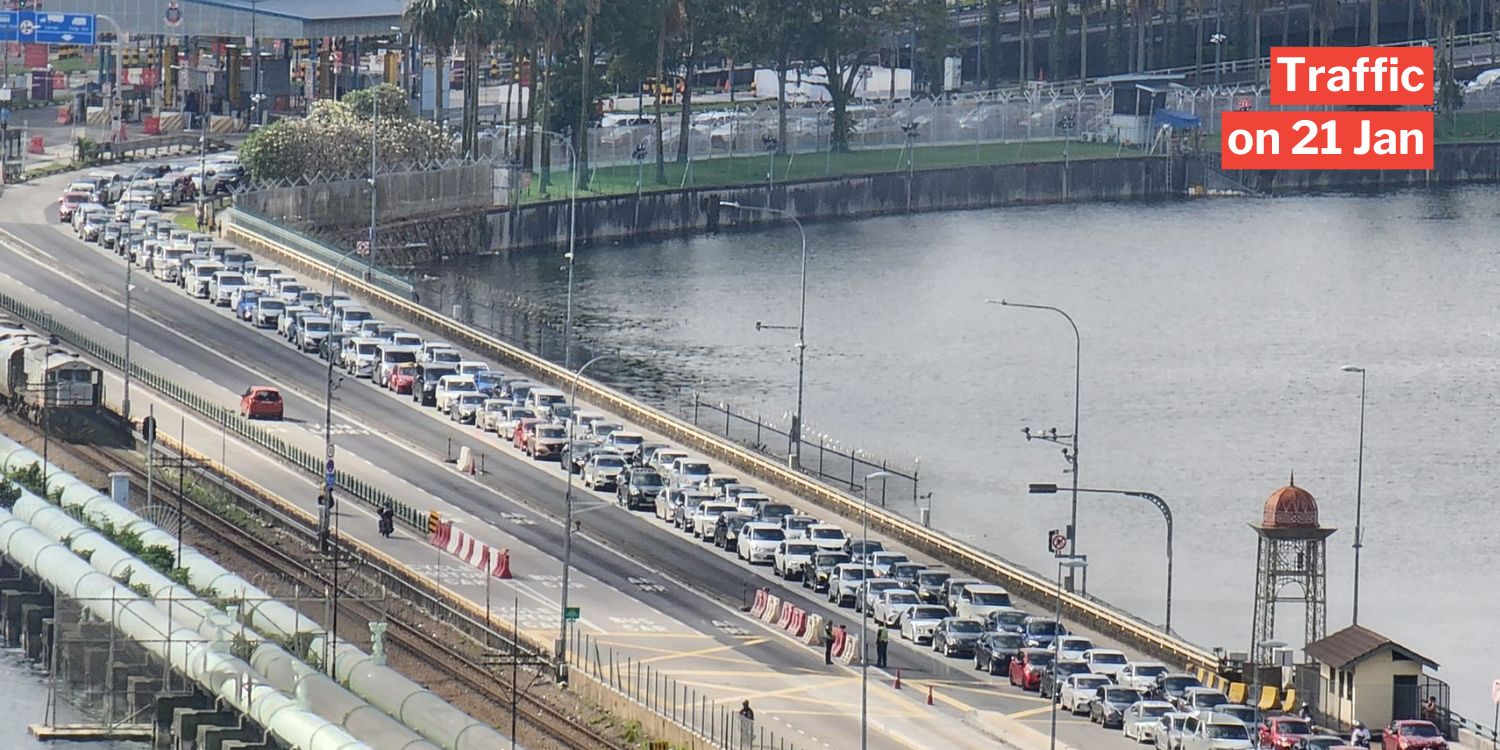 Brace yourselves for lengthy delays.

Given our geographic proximity, it’s unsurprising that many residents in Singapore and Malaysia share familial ties.

Every Chinese New Year (CNY), we get reminded of just how connected both countries are, as families travel across the Causeway in order to reunite with their relatives on either side.

This year was no exception as thousands made the journey across the Causeway on CNY Eve (21 Jan), presumably to make it for reunion dinners with their families.

Given the heavy traffic across the land crossing, some travellers apparently spent up to four hours stuck in the jam.

Based on accounts shared on Facebook, the CNY Eve jam began at midnight and eased briefly at about 2am. 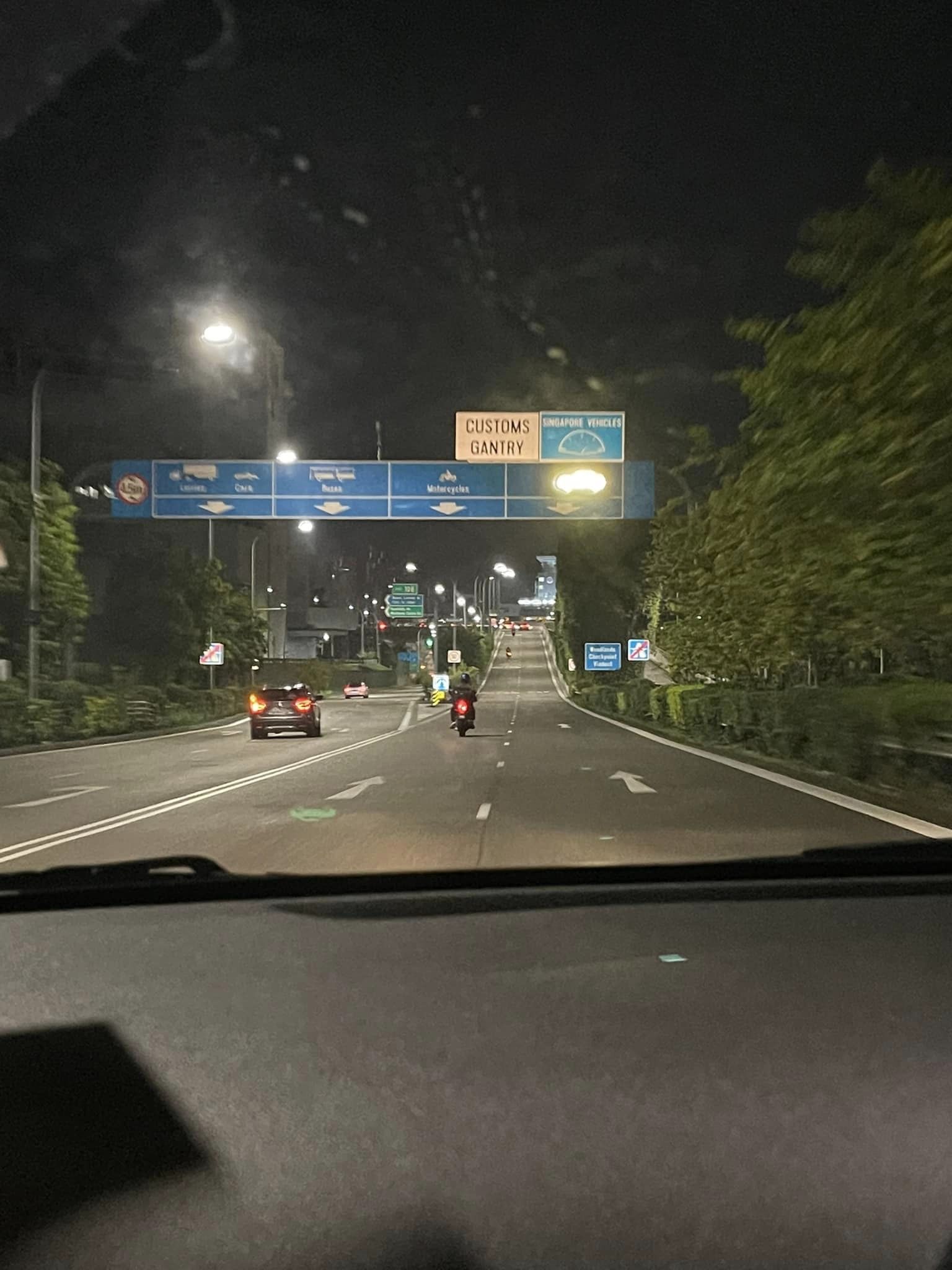 However, the situation seemingly got worse as dawn approached.

A lady who reached Woodlands Customs at about 3.30am claimed she took nearly two hours just to make it past Woodlands checkpoint and enter Johor. 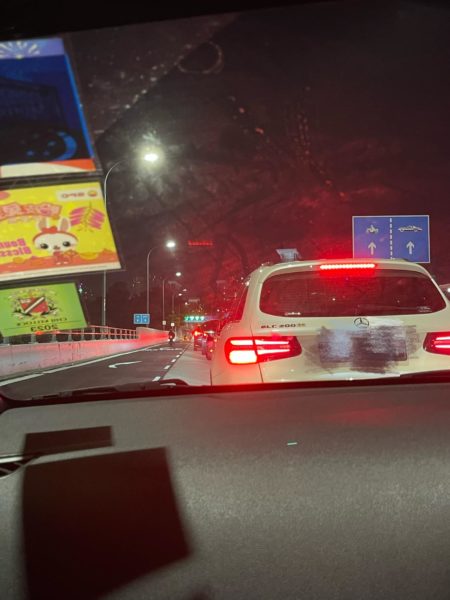 Another netizen, who started her journey at about 4am, allegedly only made it to Johor after four hours. 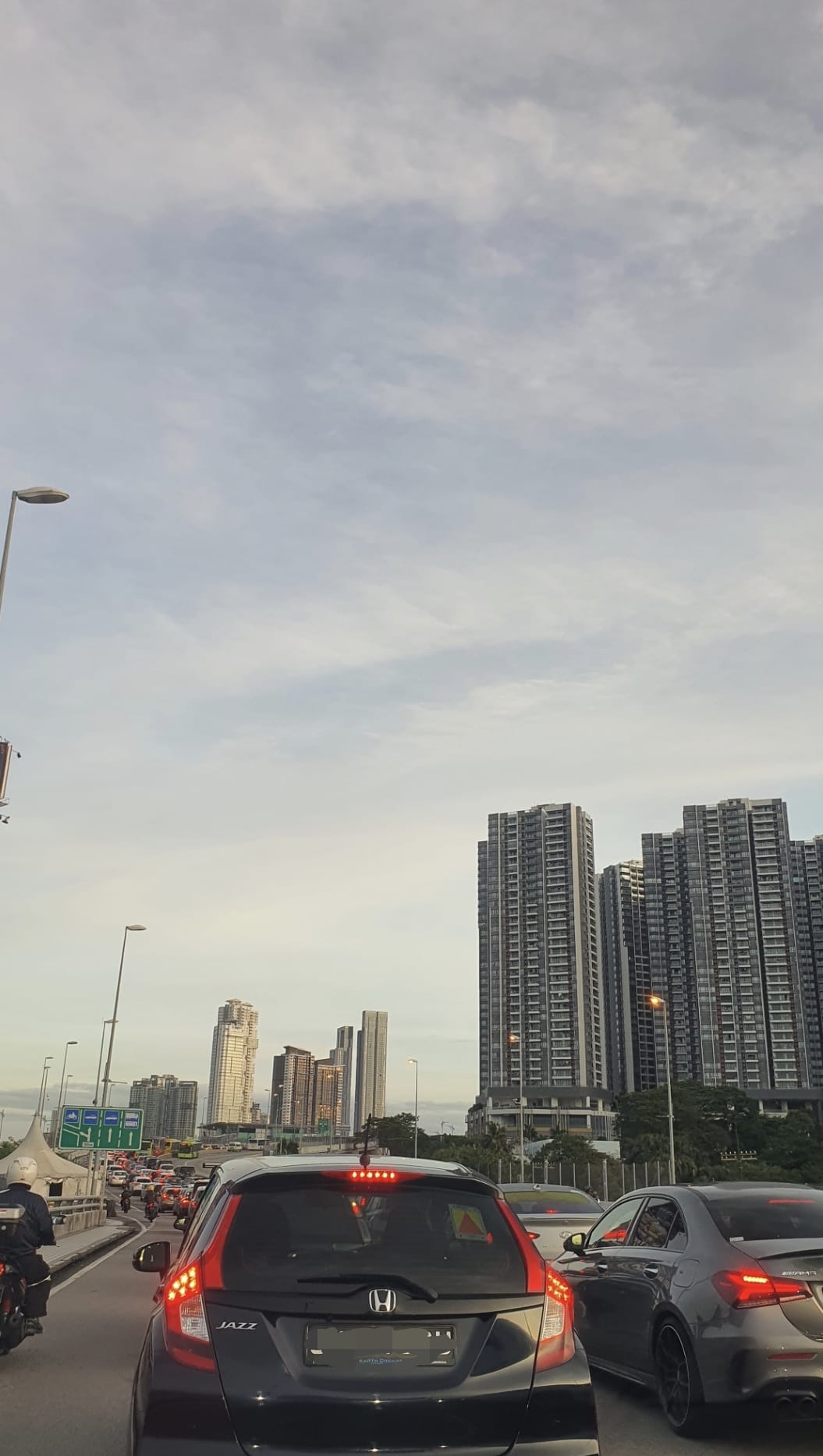 As of 12.20pm, traffic across the Woodlands Causeway appeared rather heavy. The Checkpoint.sg app estimated a waiting time of between 140 to 210 minutes, or over three hours. 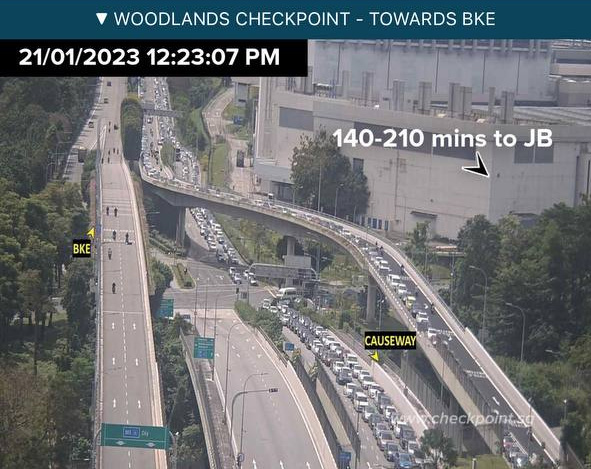 The heavy traffic, however, mainly affected the roads leading to Johor. The roads on the other side, which lead to Singapore, appeared relatively empty. 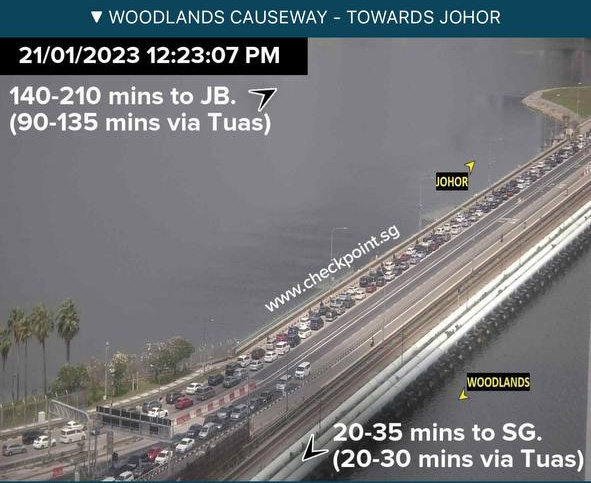 Similarly, crowded scenes were seen inside the Johor Checkpoint building, as travellers stood shoulder to shoulder while awaiting their turn to clear the customs.

Such scenes shouldn’t really come as a surprise though, as the Immigration & Checkpoints Authority (ICA) had earlier warned of such situations.

In fact, the ICA has been issuing several media advisories online, warning travellers of heavy traffic across the Causeway.

Most recently, they updated that both Woodlands and Tuas Checkpoints are experiencing heavy traffic “due to tailbacks from Malaysia” as of 1pm today (21 Jan). Travellers should thus expect delays.

If you happen to be travelling across the Causeway this CNY weekend, be sure to check the traffic situation on the One Motoring website before setting off.