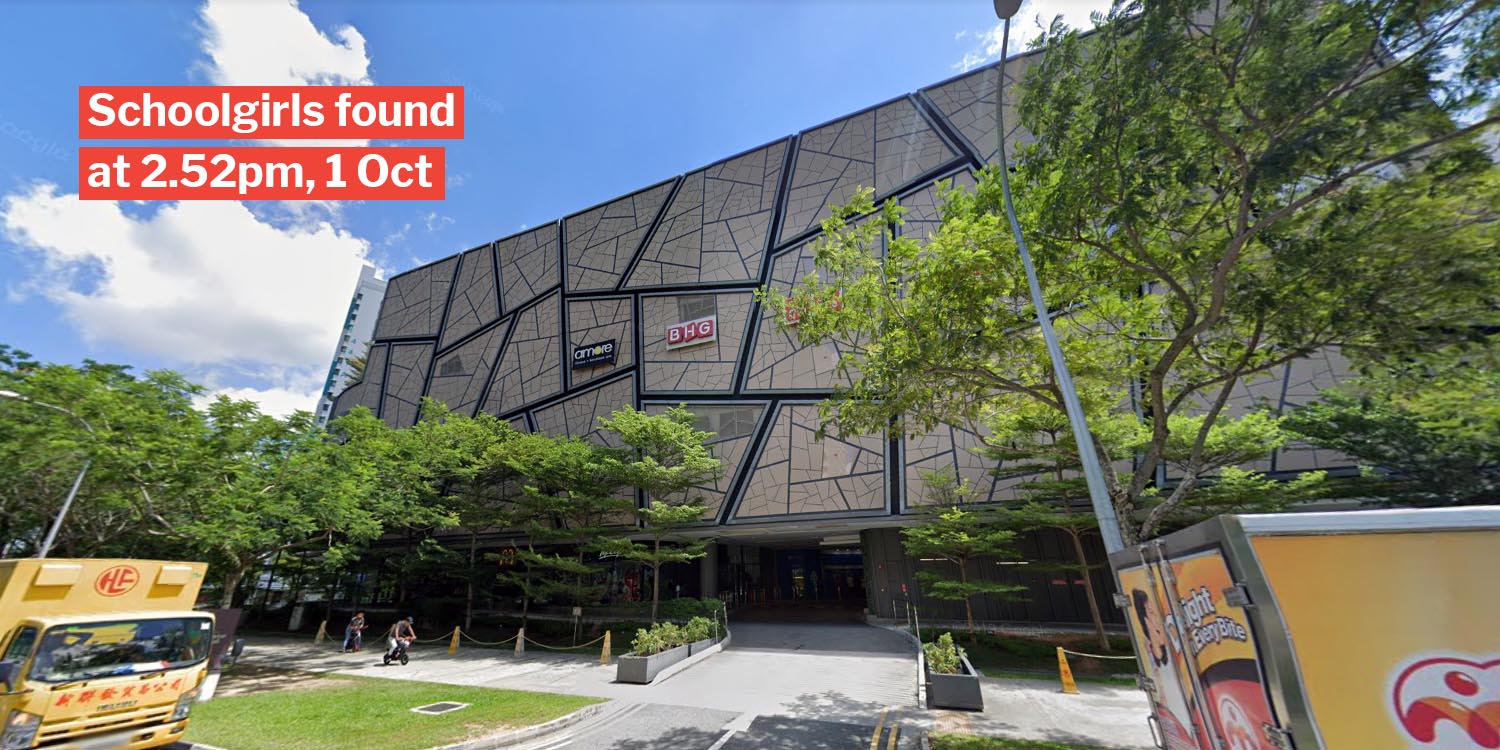 On Tuesday morning, Singaporeans awoke to widespread news reporting that 2 primary schoolgirls had gone missing for over 24 hours. 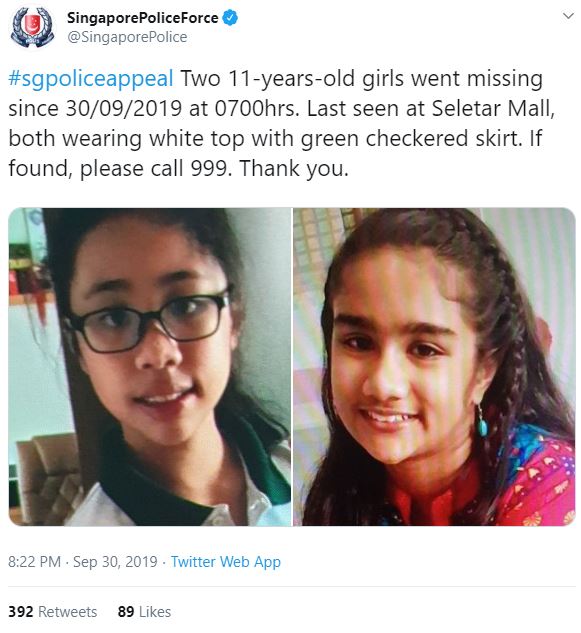 Around 31 hours after they disappeared, they were reportedly found at 2.52pm on Tuesday (1 Oct) by local grassroots leader Mr Richard Kwok.

As news of their disappearance garnered major traction among locals, Mr Kwok decided to share the good news on his Facebook. 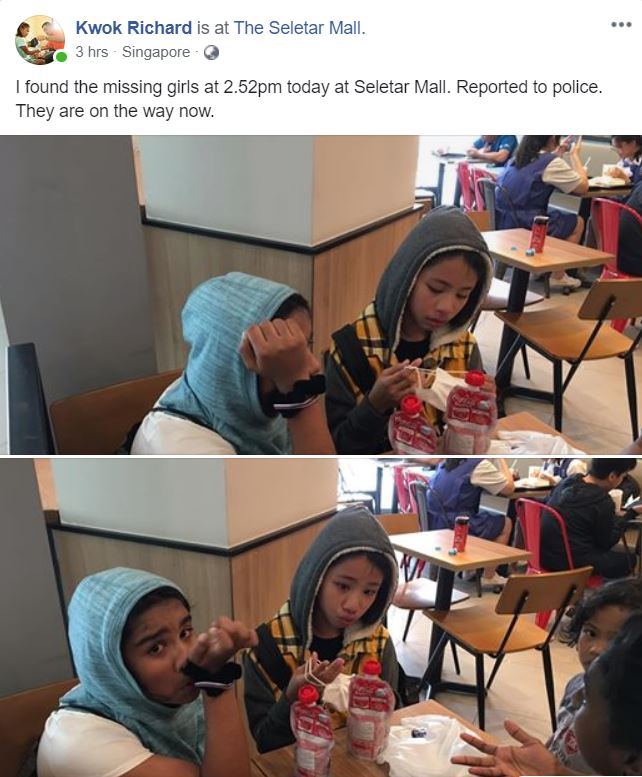 He found them dressed in hoodies and scarves at Seletar Mall, the very same place where they were reportedly last seen by their families.

Mr Kwok swiftly contacted the police, and the girls are now reunited with their families.

His daughter recognised the missing schoolgirls

Speaking to MS News, Mr Kwok shared that he was with his daughter when they were entering Seletar Mall. The girls were at the exit point.

As his daughter goes to the same school as the girls, she immediately alerted him that they’re the ones whom authorities and families have been searching for.

He then brought the girls to Burger King and sat them down to confirm their identities. 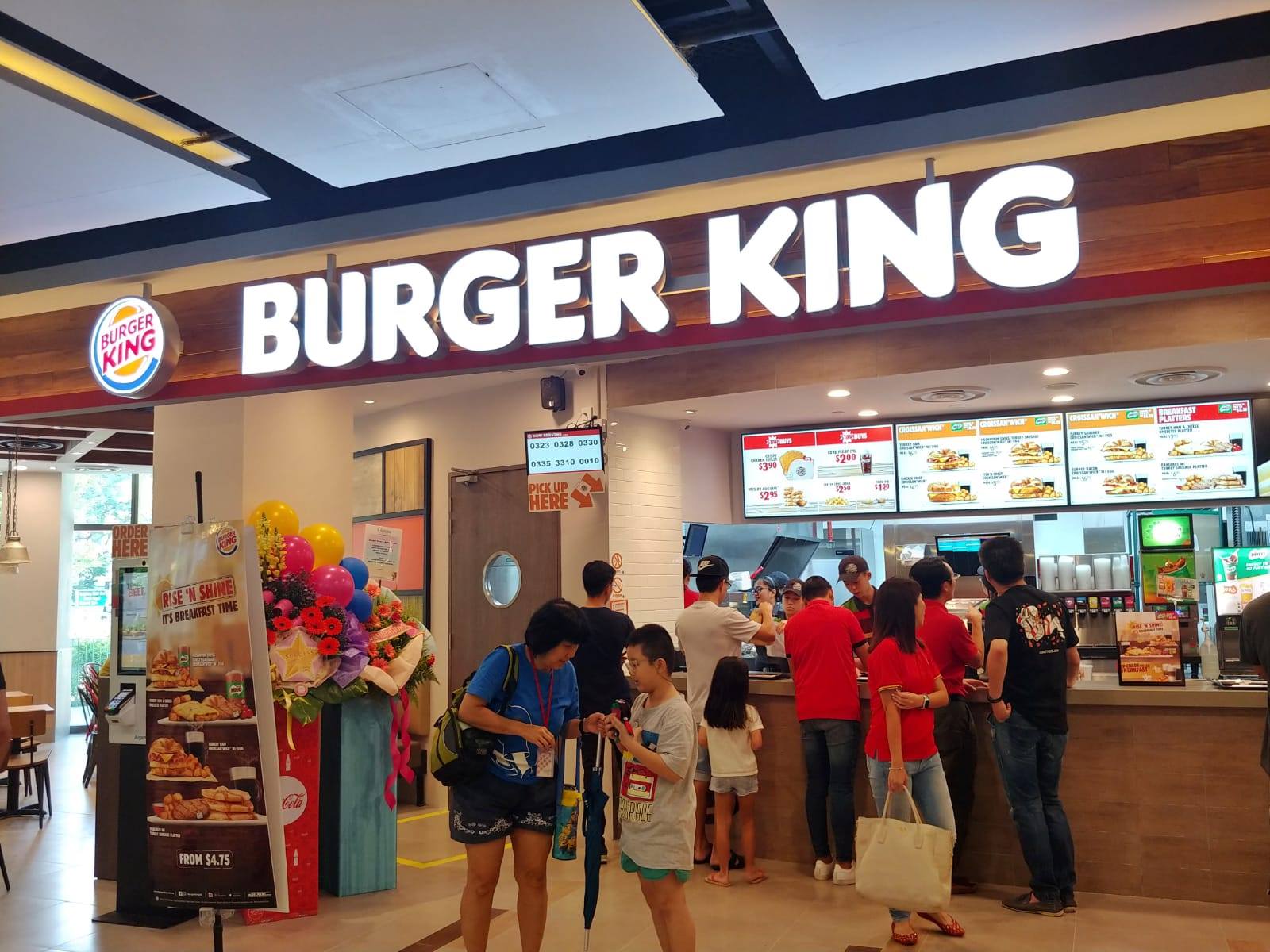 He informed the police and their school immediately.

Mr Kwok further shared with MS News that the girls were wary of him initially. He was relieved to find the girls unharmed, though they looked “very emotional.”

I tried to assure them that I am there to help them, and no one is going to hurt them.

He informed them that police were on their way to ensure their security and safety. He specifically requested for them to send a female officer too.

He stayed with them until the police arrived.

Hard to recognise with scarves & hoodies

Mr Kwok, who identifies himself as the Executive Member of Zone G Residents’ Committee under Sengkang South MP Gan Thiam Poh, said he was notified of the girls’ disappearance in the chat group. 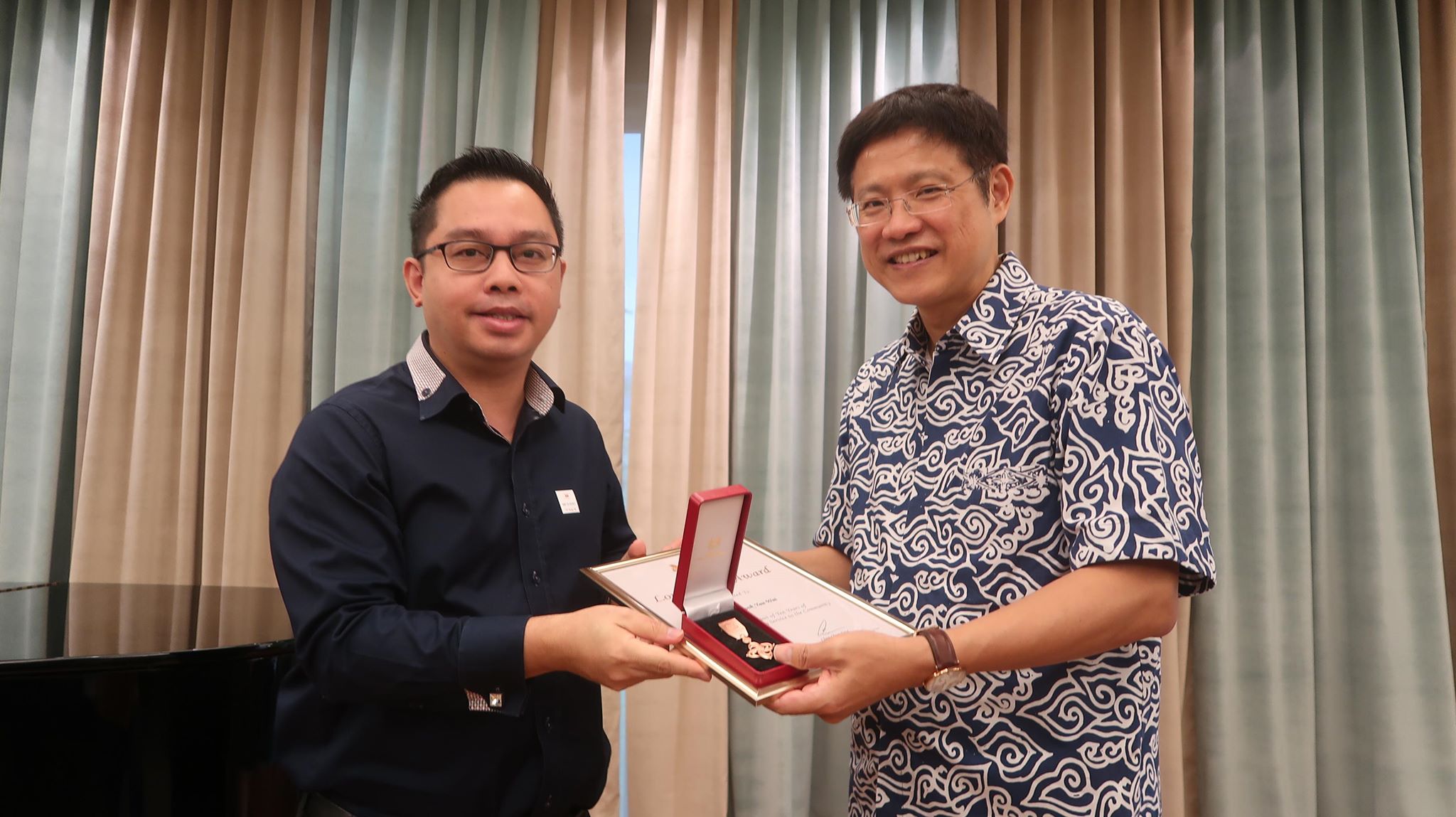 When such incidents take place, all members will be notified to look out. Though he added that the credit actually goes to his daughter Alyssa.

Without her, I find it hard to recognise them because they were covered in scarves and hoodies. She recognised them through their eyes!

Mr Kwok told MS News he later handed over the girls to the police when they arrived. SPF later posted a status update on Twitter at 3.40pm confirming the girls have been found.

Asked if they ran away due to exam stress, he said he preferred not to divulge as the case is still under investigation.

Regardless, Mr Kwok prays that the girls could “find solutions to their reasons for running away from home”.

We hope so too, so that incidents like this won’t happen again. Kudos to Mr Kwok and his daughter for helping the girls reunite with their families.