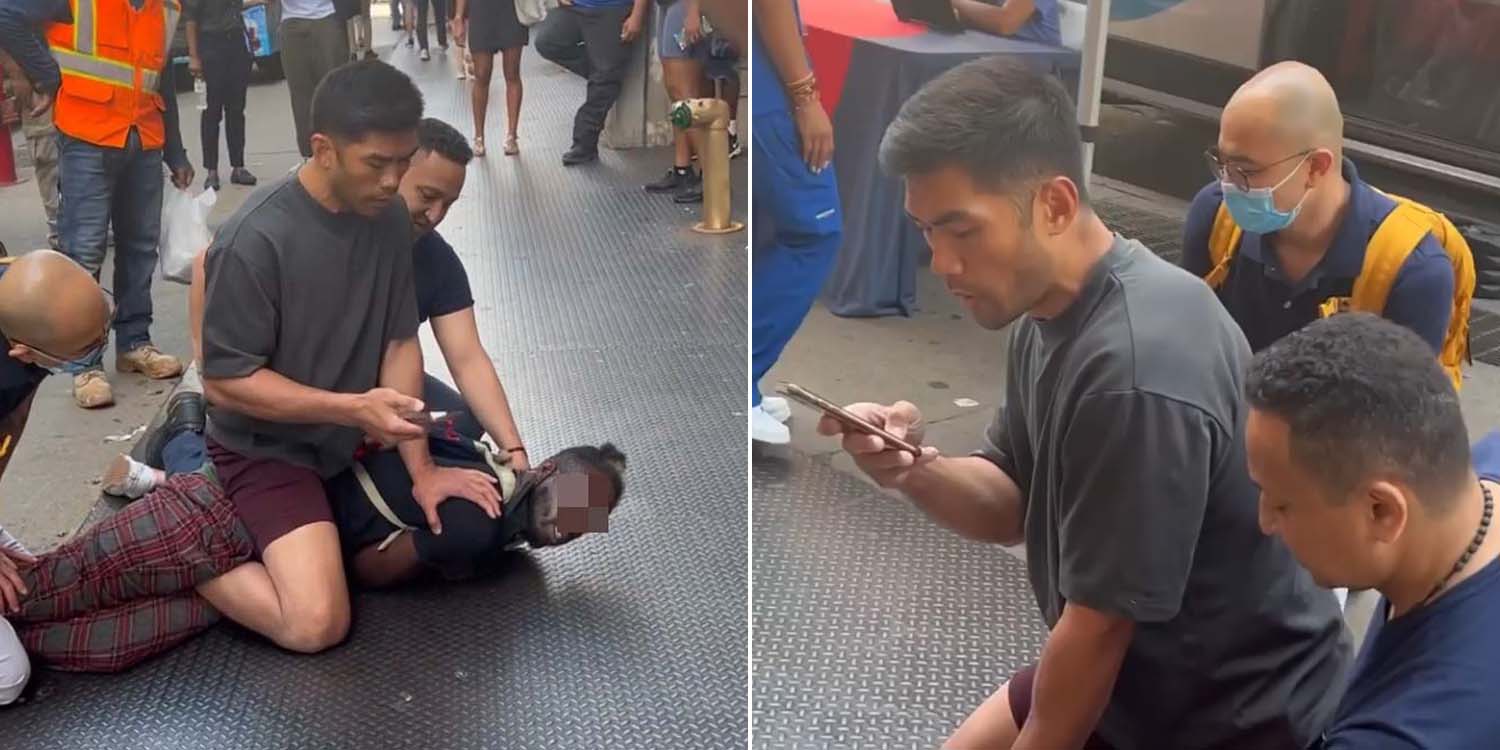 He was even able to use his phone while holding the suspect down as he waited for the police to arrive.

His quick response was lauded by onlookers, who saw him take down the suspect with ease.

In an Instagram post on 28 Jul, Mr Malabanan shared that he was heading to work the previous day when he saw a man punch a construction worker out of nowhere.

Mr Malabanan quickly went to check on the construction worker, who said he was “not okay”. A passer-by then told Mr Malabanan that the assailant was punching people as he walked down the street.

Deciding that they needed to do something about it, they ran after the attacker.

When Mr Malabanan saw the suspect, his “jiu-jitsu instincts just kicked in” and he jumped on the assailant’s back.

The suspect attempted to swing him off but Mr Malabanan used the “seatbelt position” to drag him down to the floor.

Once he managed to subdue the attacker, he immediately told onlookers to call the police. Other men also helped to hold down the suspect. 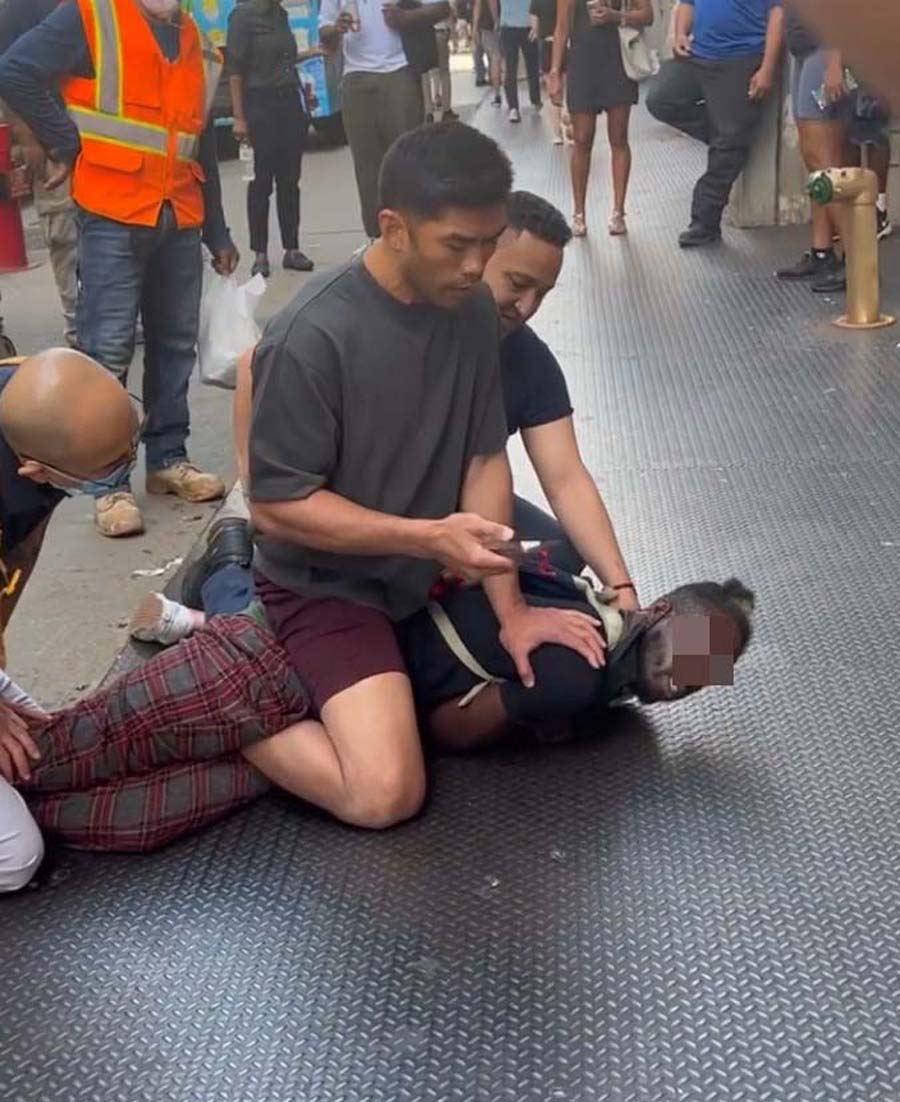 While pinning the suspect down, Mr Malabanan was able to casually scroll through his phone, looking calm but confident. The police eventually arrived and arrested the attacker. 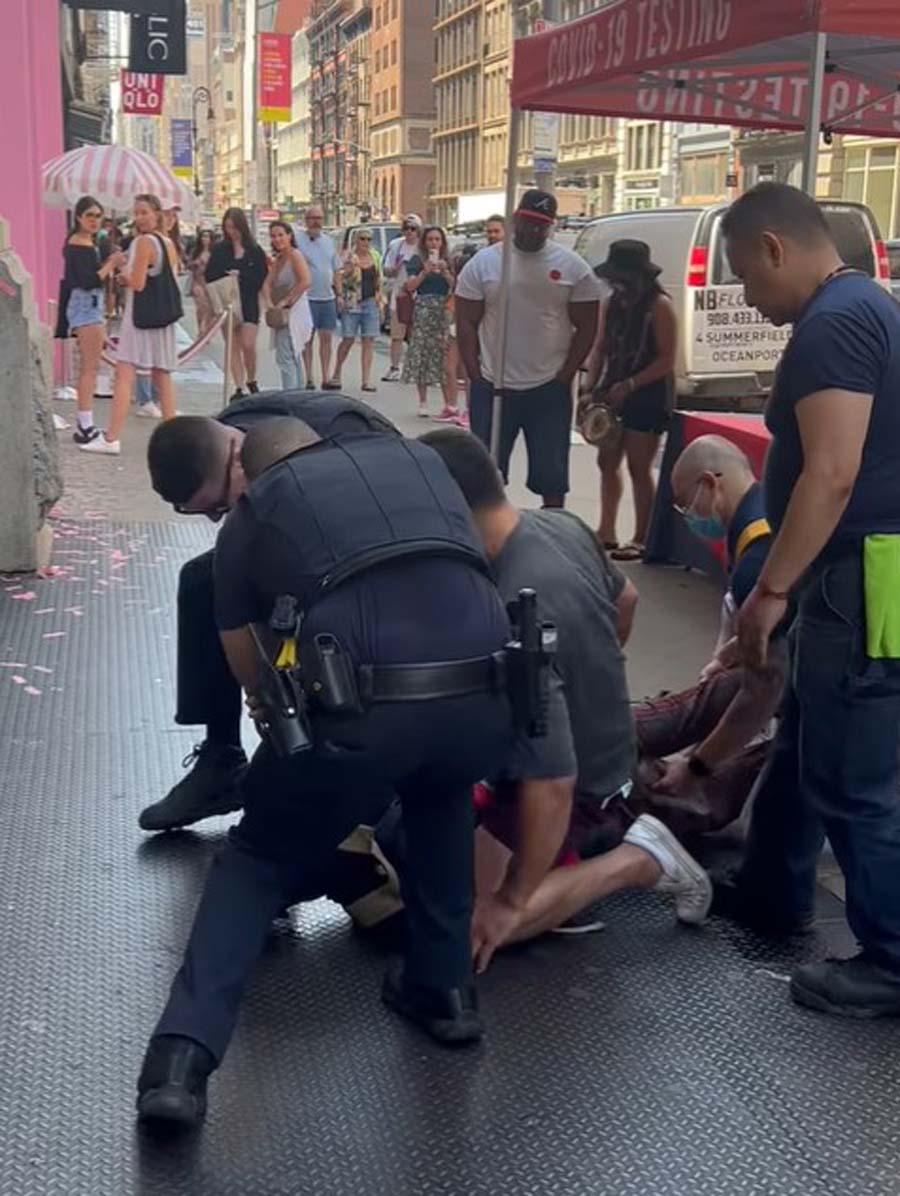 According to Mr Malabanan, all this happened within 10 minutes before the cops arrived.

He added that the suspect had allegedly assaulted six people before he intervened.

Reminds others to be careful

The New York Post reports that Mr Malabanan was born in the Philippines and immigrated to New York when he was nine years old.

The 44-year-old has a black belt in Brazilian jiu-jitsu as well as a yellow belt in judo, which explains his skills. He now works as a boxing instructor. 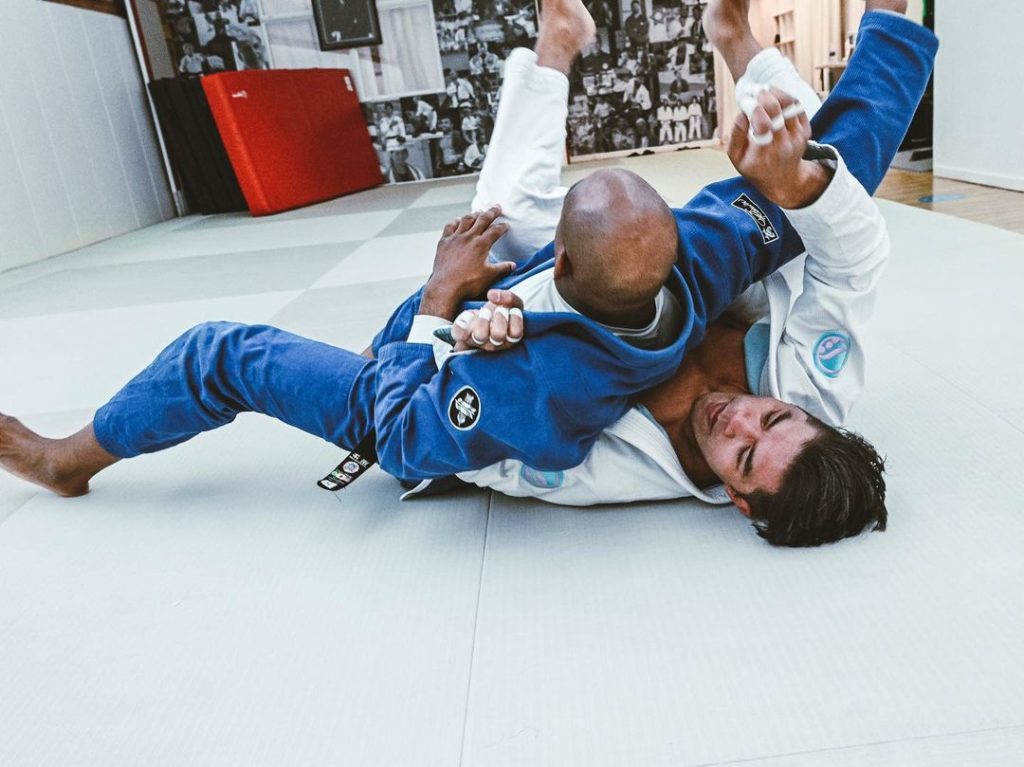 Police arrested the 28-year-old suspect and charged him with two counts of assault. Investigations revealed that he had attacked a 17-year-old boy and a 50-year-old man.

Speaking to NBC New York, Mr Malabanan modestly stated that he doesn’t consider himself a hero. He said,

I’m just really grateful I was able to stop someone and put my martial arts to use. Being able to help people, to do it in the real world, is incredible.

Mr Malabanan now urges everyone to be careful when they’re out on the streets as they never know when they might run into a person who wants to take their frustrations out on someone or simply wants to cause trouble.

Additionally, he encourages professionally trained fighters to do their part and help subdue attackers if they ever come across a similar situation.

Martial arts superheroes like Shang-Chi only exist in comics and on the silver screen. However, Mr Malabanan proved that one can perform heroic deeds and help save the day in real life too.

We applaud him for quickly and bravely subduing the attacker and protecting his fellow citizens. It’s nice to know that there are people who instinctively help once trouble arises.

As for the suspect, let’s hope he’s learned a valuable lesson about randomly assaulting strangers on the street and never does it again — regardless of whether there’s a trained fighter in the vicinity or not.