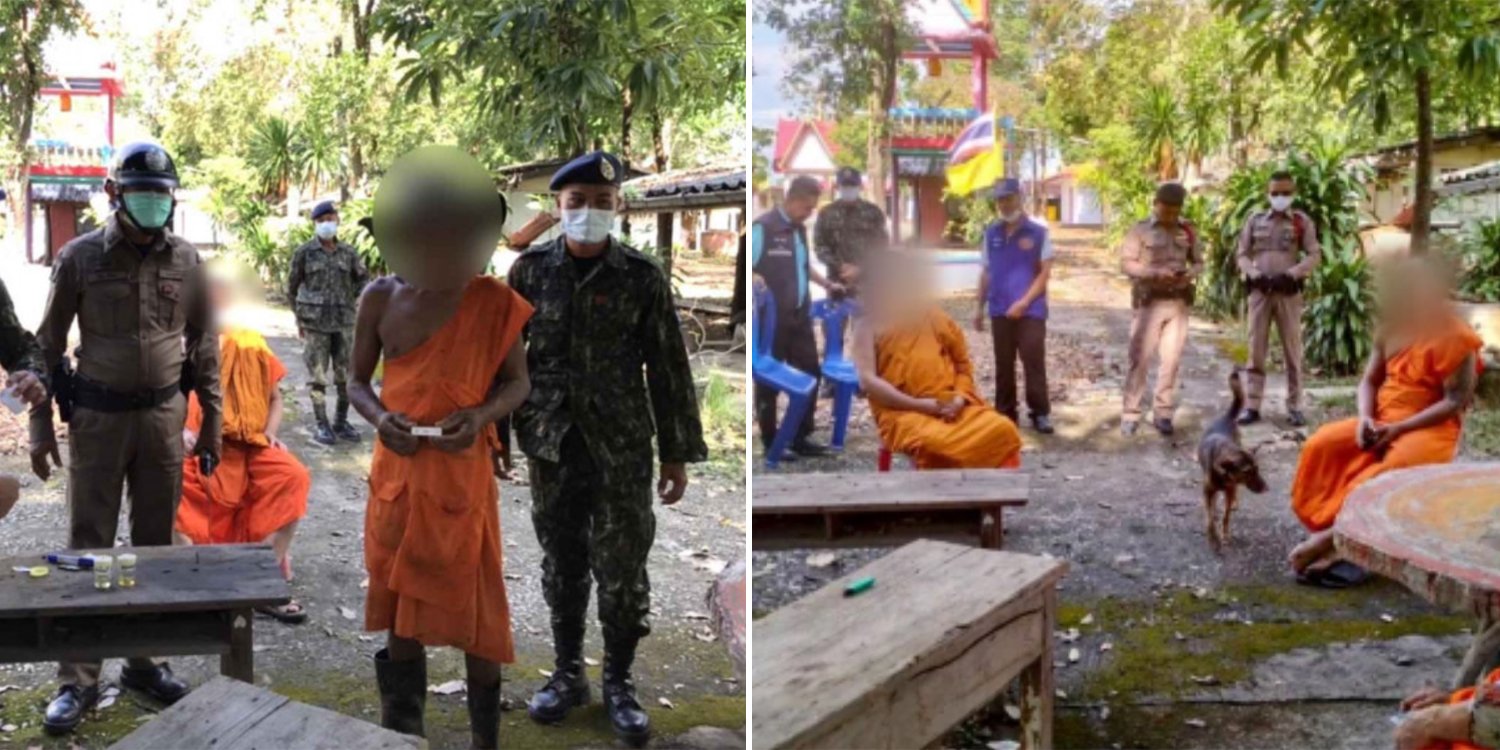 All the monks were forced to leave the monkhood.

Recently, a small Buddhist temple in central Thailand was left vacant after all four monks there, including the abbot, tested positive for methamphetamine, also known as meth. 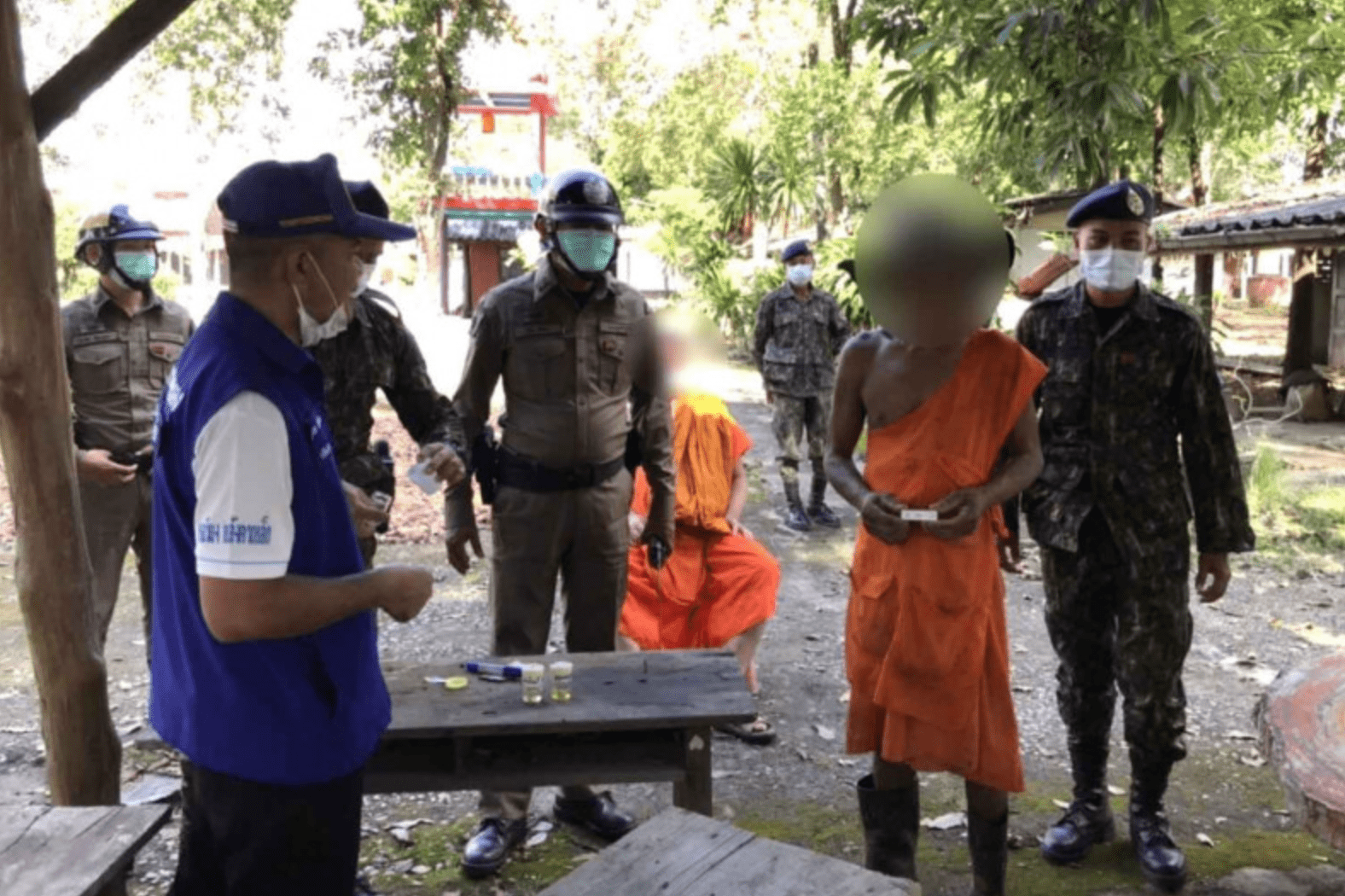 This came to light during a police raid of the temple, reported the Bangkok Post.

The raid was part of a nationwide campaign to tackle drug trafficking in the country.

All the monks were later sent to a health clinic to undergo drug rehabilitation.

Monks forced to leave monkhood after testing positive for meth

On 28 Nov, Thai police and health officials conducted a raid at a temple in Bung Sam Phan district in the northern province of Phetchabun. 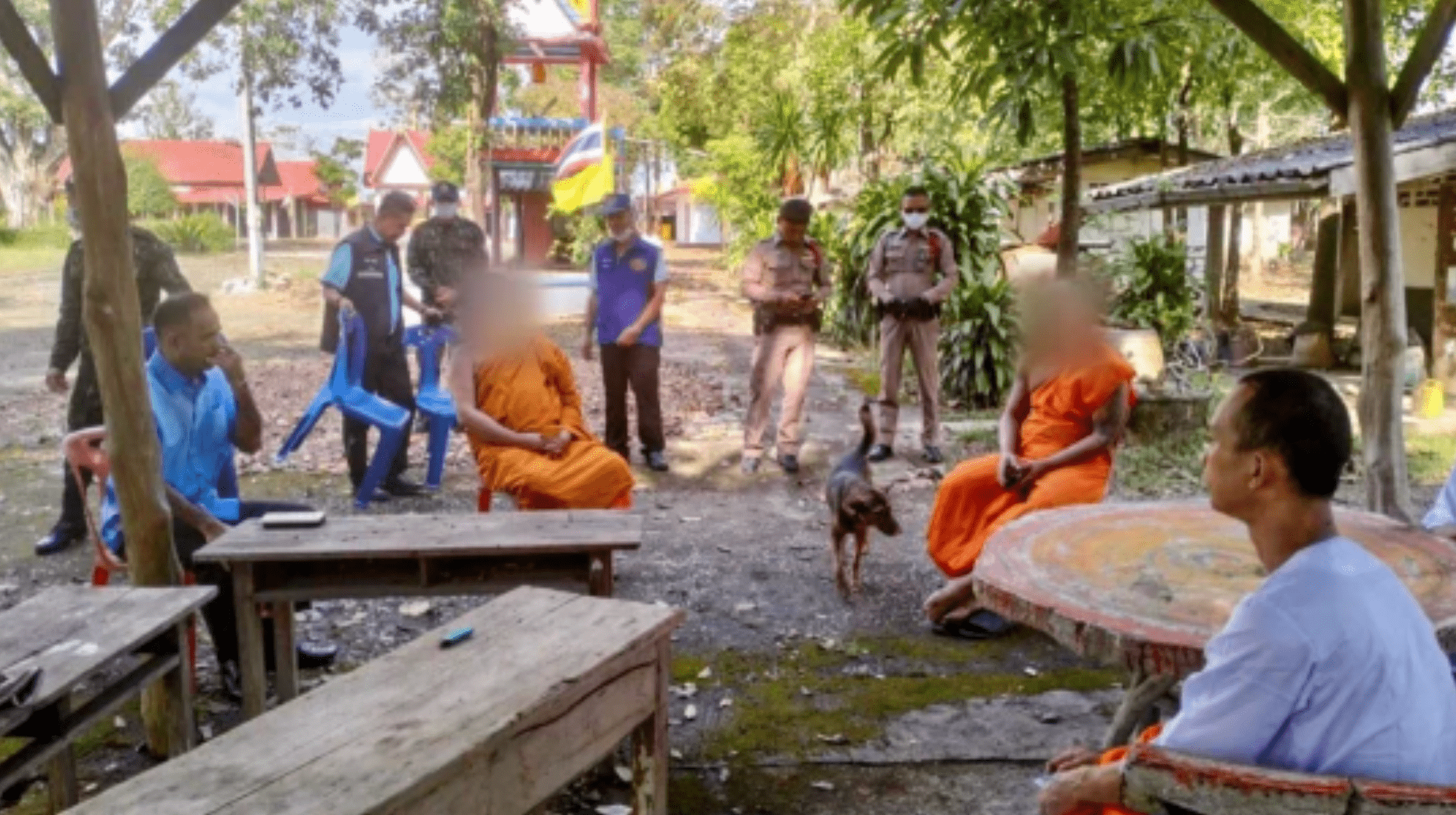 There were four monks in the small temple, all of whom tested positive for meth.

According to Bangkok Post, they were forced to leave the monkhood, leaving the temple without any monks.

Anxiety rippled through the local community which relied on the monks for religious functions.

There were also about ten dogs and cats that lived in the temple and had to be cared for.

Following that, district officials sought help from the monastic chief of Bung Sam Phan district who said monks will be assigned to the temple.

Nearby in the same province, four other monks, spread across three other temples, also reportedly showed traces of meth.

All eight of the monks who tested positive for the illegal drug were sent to Bueng Sam Phan Hospital.

They will be undergoing drug rehabilitation.

Metro reported that police are now focused on searching for the source of the temples’ drugs.

Thai police also shared that they will continue to test monks.

The raid is part of a national campaign to tackle drug trafficking.

Thailand is a major transit country for meth and the country is now struggling with a meth problem, noted Metro.

The illegal drug largely floods into the country from Myanmar’s Shan State via Laos.

In recent months, authorities across the globe and especially in Southeast Asia have apparently been making record meth seizures.