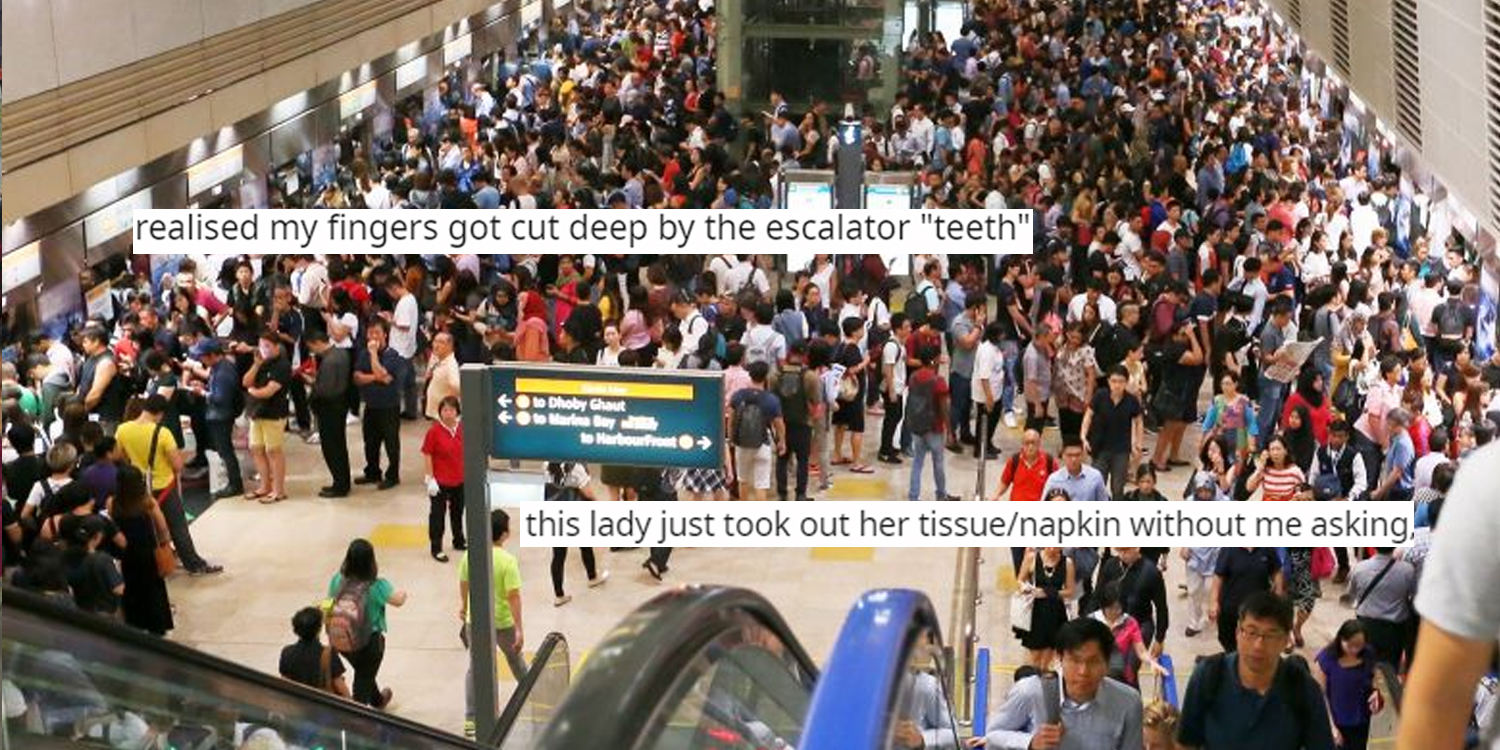 Strangers Stopped Commuter From Falling Over & Attended To His Bleeding Finger

“A small act goes a long way.” That’s the title of a Reddit thread started on Monday (10 Jun) by a Singaporean commuter who was helped twice in a morning at the MRT station.

He was on his way to work in the morning when he met with a series of mishap. Fortunately for him, 2 helpful commuters came swiftly to his aid.

Later that day, he started the thread to describe what had happened and express his gratitude for those kind strangers. 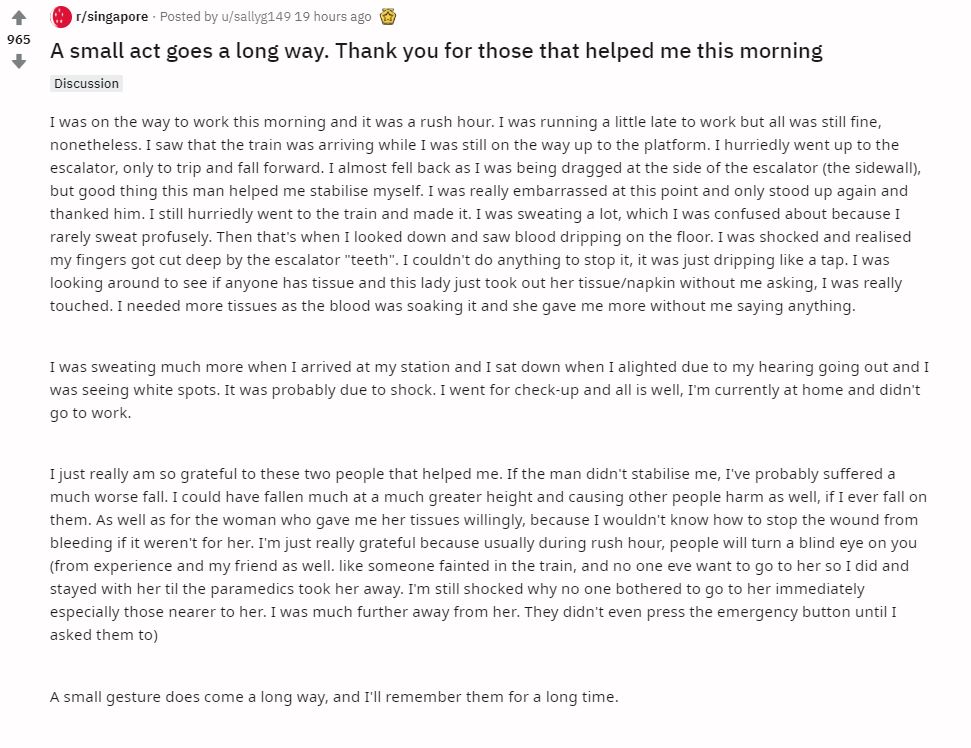 Nearly fell backwards on the escalator

There’s a reason why the MRT staff tell people not to rush on escalators — it’s dangerous. But sometimes, when you’re rushing to work, you throw safety to the wind. The Redditor was on his way up to the platform when he saw that the train was about to arrive. In typical rush-hour fashion, he hurried up the escalator. But in doing so, tripped on one of the steps.

He first fell forward and then tried to fight the imbalance, but ended up pulling himself too far back. Just then, a man standing behind him held him firm and prevented the fall.

Embarrassed, the man quickly hurried up to the platform and got into the train.

Once inside the carriage, he noticed that he was sweating profusely — something which doesn’t happen to him often. That was when he saw that his fingers were dripping with blood. They had somehow been cut by the teeth of the escalator during his fall forward.

The cuts weren’t just little ones, but almost gash-like, making it impossible to staunch the blood flow just by pressing on them.

This time, another commuter came to his aid, perhaps after noticing how frantically the man was looking around for help. Without him even saying a word, she offered tissue and napkins to soak up the blood.

When he alighted at his stop, he could already feel his hearing going out and vision peppered with white cloudy spots.

Naturally, he took an MC for the day — and spent a little of it writing the Reddit thread.

Like the man said, a small act goes a long way.

Imagine yourself being in that situation, helpless and fearful, and someone just comes up to help you without hesitation.

Having seen how Singaporeans can sometimes turn a blind eye to commuters who need help, the Redditor felt extremely grateful for the help he received that morning.

The next time you see someone in need in a public place, don’t just stand by and watch. Offer a helping hand. A small gesture can make a world of a difference to that person.

Featured image from Under The Angsana Tree.