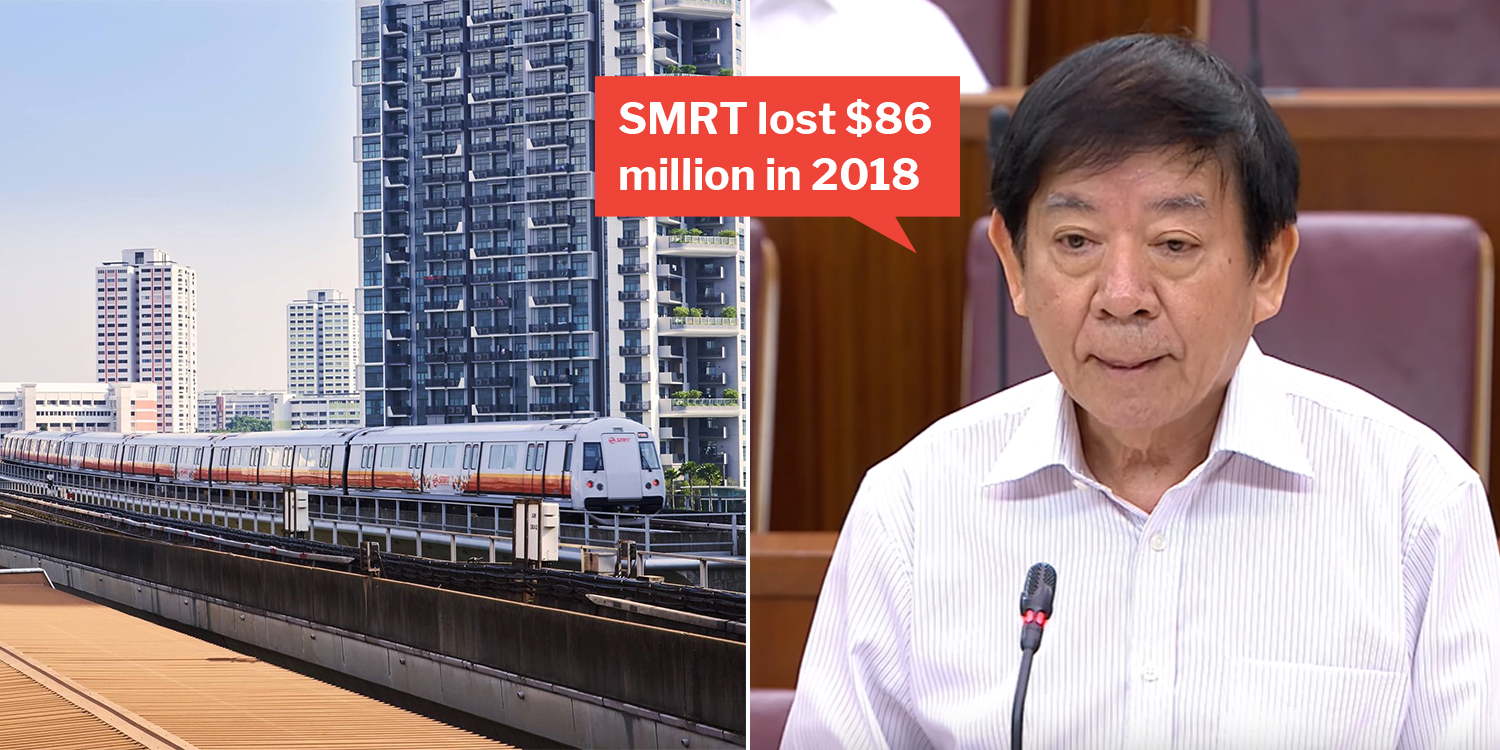 Expect an increase in fares but not so soon.

Maybe you didn’t know this, but SMRT has been operating at a loss for the past year. In 2018, they reportedly made business losses of $86 million, which translates to around $235,000/day.

However, even with increased operating costs due to more frequent maintenance, our average journey fares have been dropping.

Understandably, this has created a gap in operating costs and revenue. To close this gap, Minister of Transport Mr Khaw Boon Wan said in parliament on Monday (8 Jul), that there needs to be “regular fare adjustments”. He didn’t specify in which direction the fares would be adjusted, but it isn’t unreasonable to take it as upward adjustments given what he said. Rising costs due to increased maintenance

To make it easier for Singaporeans to travel around, new lines – like the Cross Island Line – are already under construction. The construction of those lines will cost the government around $25 billion.

On top of that, the existing lines have been going through “rigorous operations and maintenance” to reduce breakdowns. Mr Khaw says that additional cost due to maintenance is the reason for the “substantial expense”.

It is estimated that the cost of running and maintaining the MRT’s tracks and trains between 2016 to 2017 was $270 million.

Average journey fares have been falling

The Public Transport Council (PTC) reported that average fares have actually been decreasing, possibly due to the shift towards distance-based fares.

Up till the implementation of the new formula, SMRT was reportedly losing tens of millions.

To cover some of SMRT’s operating losses, the government will be giving the operator an enhanced maintenance grant.

Given that the maintenance and operating costs are increasing, the “regular fare adjustments” Mr Khaw mentioned should mean an increase in fares.

While this may sound like bad news, it is not totally unreasonable. After all, our public transport system has been rated one of the best and most affordable among cities around the world.