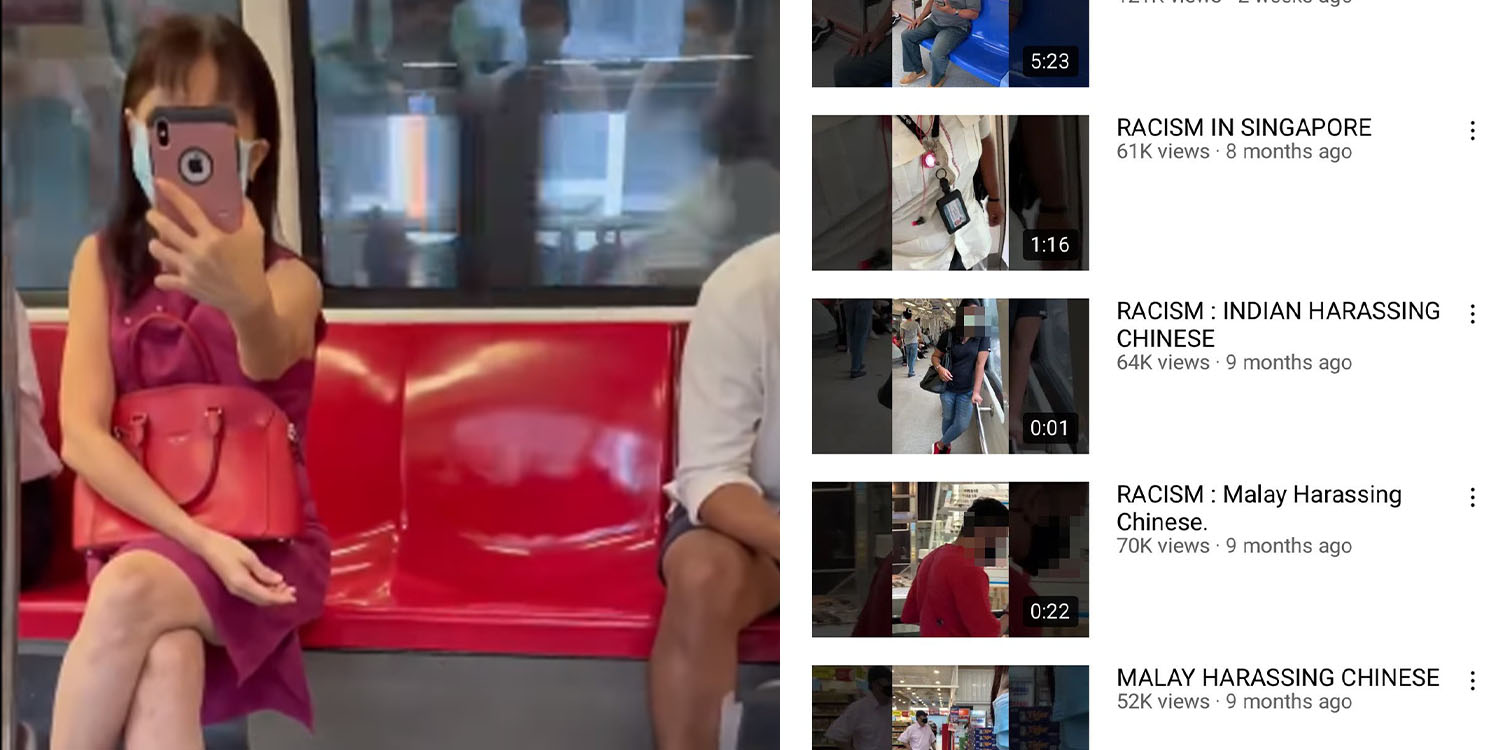 YouTube has terminated a channel on its platform for harassment, a spokesperson told MS News on Wednesday (28 Apr).

The channel belongs to a 57-year-old lady who recently went viral in a clip on an MRT train on the East-West Line (EWL).

YouTube said that the channel violated its policies for harassment and cyberbullying.

The channel was taken down a day after netizens discovered similar videos accusing passers-by of Malay and Indian origin of harassment and molest.

On Tuesday (27 Apr), netizens discovered the YouTube channel of the lady, which includes her filming people in public.

The videos date back to 2016 and worryingly, the channel descriptions revolve around her educational qualifications and the targeted harassment of people of Malay and Indian origin.

These videos’ titles also show her accusing these people of harassment and even molest.

The spokesperson said the following:

“We have strict policies that prohibit harassment on YouTube, including content that maliciously insults someone based on their race, gender expression, or sexual orientation. We quickly remove content that violates these policies when flagged.”

The police said on Tuesday that the 57-year-old is assisting them in investigations.

No room for harassment

It is good to see that YouTube takes a strong stance against harassment on their platform.

Kudos to YouTube for acting to remove the channel, which not only perpetuated false accusations but also made others a target based on their race.