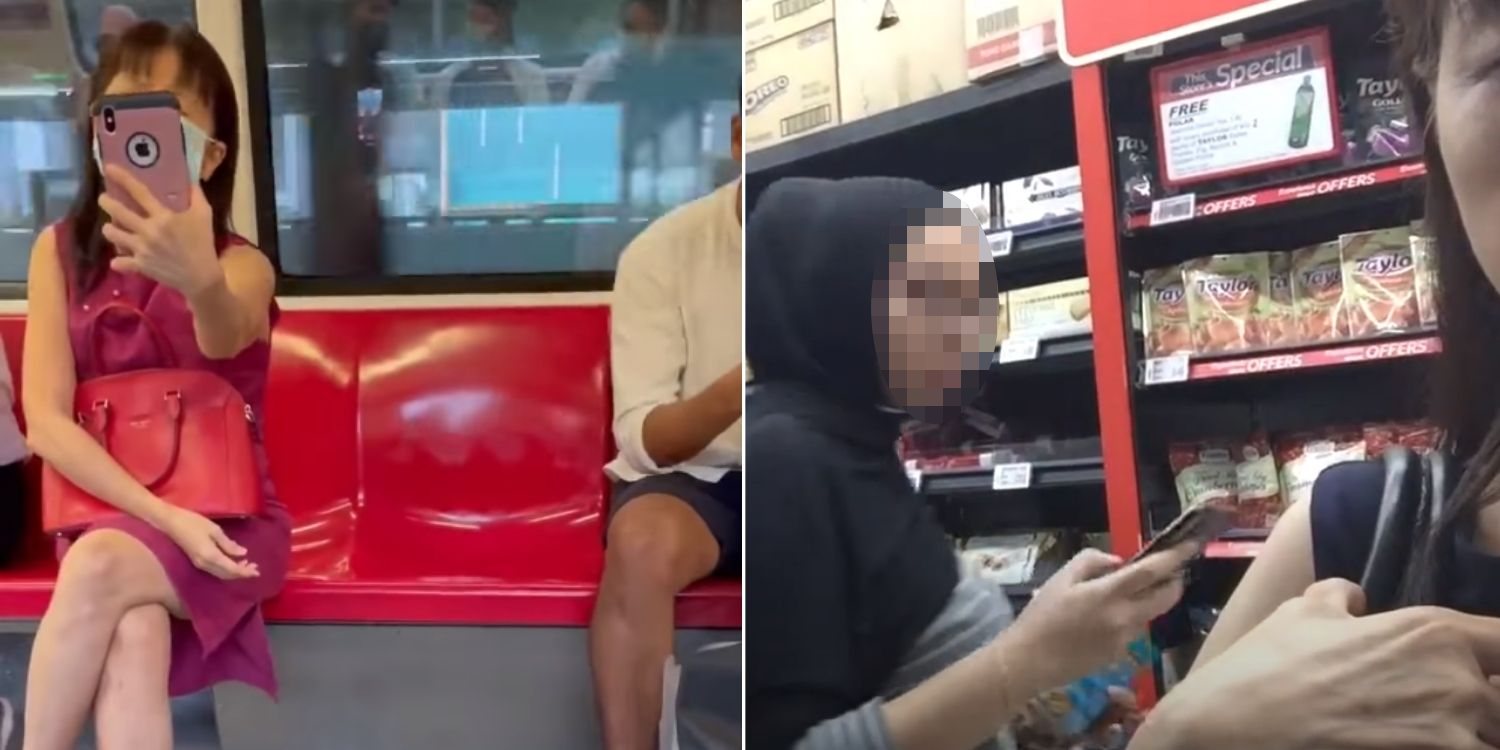 Recently, a clip of a lady on an MRT train pointing her phone camera to others and asking them about their educational level and race went viral.

The clip, which has since been removed by the original poster, was nevertheless reuploaded elsewhere and stoked vigorous discussion over her actions.

It transpires that the woman has been uploading videos on YouTube for several years, detailing various instances of ‘harassment’.

Police confirm that a 57-year-old woman is assisting with investigations after reports were made against her.

Lady in viral MRT clip has a YouTube channel

The YouTube channel was discovered by Twitter users on Monday (26 Apr), several days after the clip of her on the MRT train went viral.

The YouTube channel includes multiple clips of passers-by filmed by the lady, with accusations of harassment in the description.

In some of the clips, the lady can be heard audibly asking others to leave her alone or not harass her.

One of the videos has a description as follows.

The video lasts just one second and depicts a lady standing in the MRT train. It doesn’t appear that the filmed lady was interacting with her in any way.

Several other videos, uploaded since 2019, appear to be along the same lines, with people seemingly minding their own business in public accused of harassing her.

The targets of these accusations tend to be of Malay or Indian origin.

Netizens quickly picked up on the YouTube account, causing her name and Hwa Chong – the school she purportedly went to – to trend on social media.

They largely condemned her actions and videos as they not only seem like fabricated harassment cases, but appeared to also have a racist and elitist tinge.

It’s doubly concerning as some netizens have spotted themselves or people they know in the videos, accused of things they didn’t do.

Some have also called on others to report her YouTube channel.

Netizen taped in YouTube video thanks others for alerting him

Another netizen who was alerted to his presence in one of her videos spoke about it on Twitter. Although stunned when the family realised they were being taped, they didn’t think much of it and assured everyone that they were safe.

They also found the incident amusing, and understand that the lady could have had a bad experience.

The clip that sparked the discourse online was shared on Facebook on 22 Apr.

In it, she can be seen asking others on the train about their educational qualifications as well as race. 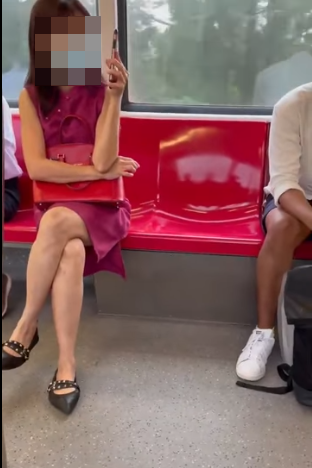 While pointing her camera at a group of people sitting opposite her, she claimed that “(she) will never mix with you guys, because you are so different”.

The video was immediately slammed for its racial focus.

Hope for investigation to run its course

Police told The Straits Times (ST) that reports have been made against the woman and that she is currently assisting with investigations.

Harassment of others has no place in Singapore, let alone those of a racial nature.

It is certainly concerning that the lady has an entire YouTube channel dedicated to posting about purported harassment cases with no basis to them.

Some have called upon the police to investigate these cases.

That said, we urge netizens to not doxx the lady’s personal details, including her workplace, address, or IC number.

Hopefully an investigation will take its course and provide a resolution to this matter.