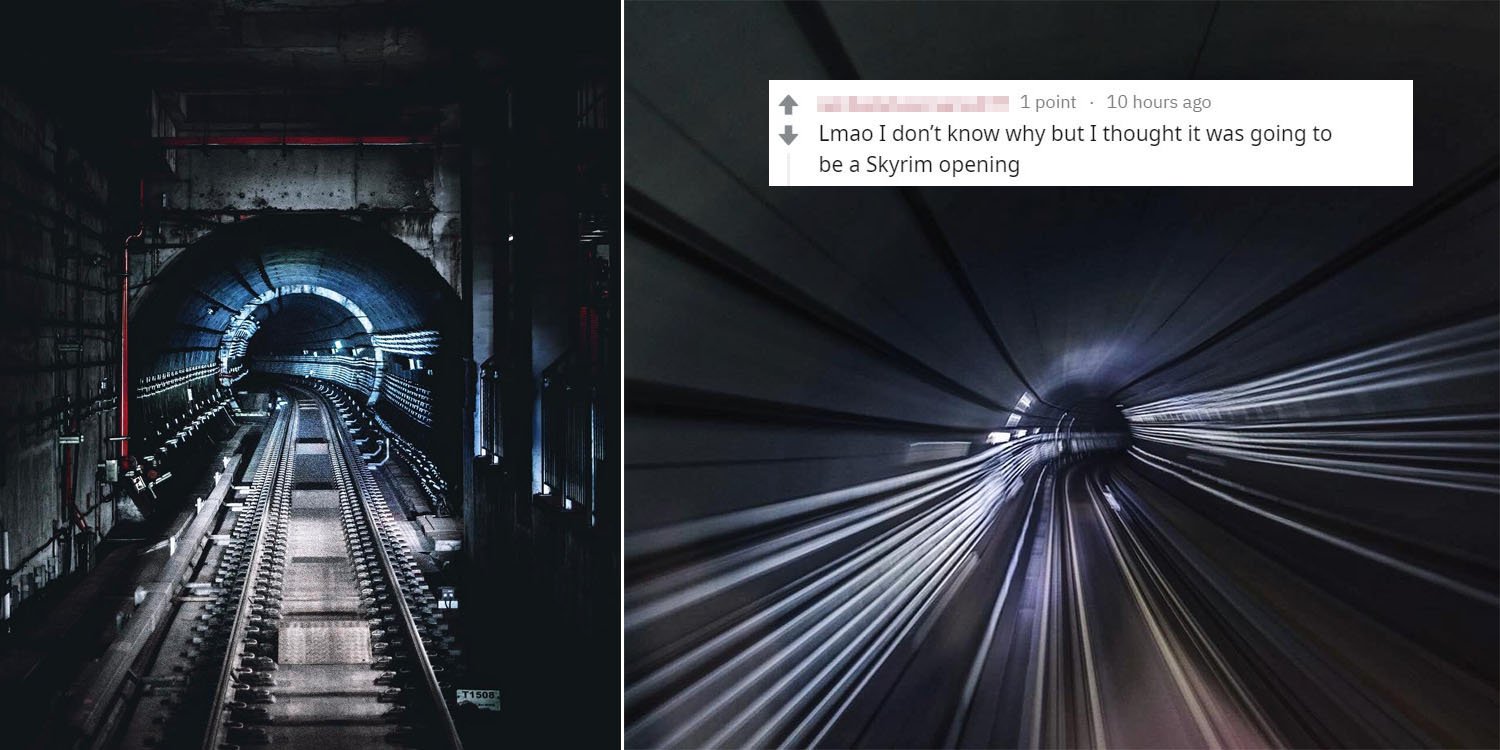 Let's bring you up to speed.

If you’ve ever stood at the front and rear cars of the Downtown Line, you would have noticed by now that you get the view of Singapore’s dark, expansive MRT tunnels.

On Monday (27 May), a Redditor shared a 24-second long video depicting the strangely captivating interiors of MRT tunnels between Little India and Botanic Gardens.

The strangely alluring scene reminded netizens of many things, including video games.

One Redditor found it very much familiar to the vibes of highly popular action game The Elder Scrolls V: Skyrim.

There were others who also brought up video game titles like graphic adventure puzzle video game Myst, as well as survival horror shooting game Metro 2033 when they saw the video.

It doesn’t stop there. Another Redditor thought the video was reminiscent of Japanese anime Fullmetal Alchemist Brotherhood’s 4th ending visual.

Yep, we can definitely see the resemblance.

Shoutout to the MRT track operators for ensuring the tunnels are well-lit with lights that are brighter than our monitor screens.

Beautifully taken hyperlapse. Who would have thought that travelling underground could instil such great sense of adventure among many? Good job, Redditor.

What does the hyperlapse video remind you of? Share with us in the comments below.

Earlier this year, a netizen garnered widespread praise for redesigning the MRT map to give a better representation of MRT stations.

Check out how our MRTs compare to other Asian rail networks.