Household name Mustafa Centre is being investigated by the Ministry of Manpower (MOM) for offenses relating to the Employment of Foreign Manpower Act. 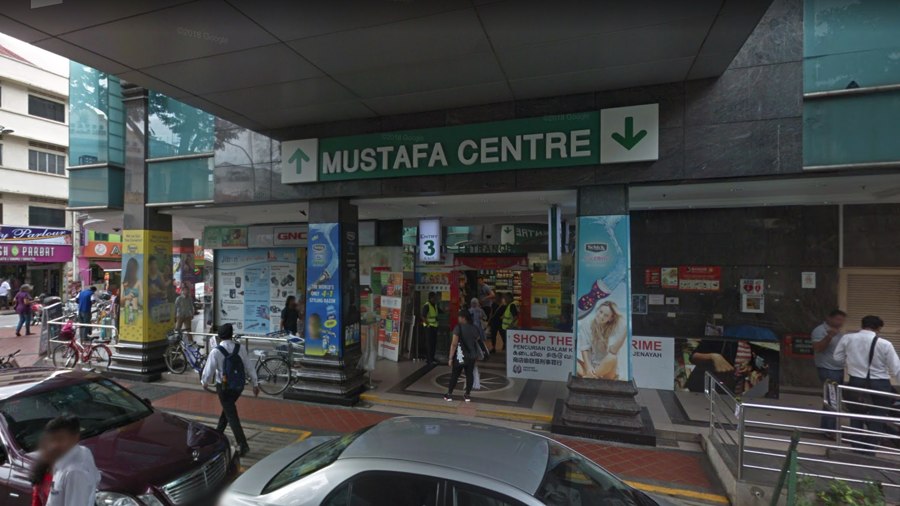 While it’s not clear what the exact offenses are under the Act, they could range from work pass violations to receipt of kickbacks.

Such news is detrimental, especially for a brand that has come so far on humility, hardwork and honesty.

For the father and son duo who co-founded the store, it’s a classic Singaporean rags-to-riches story.

Back in the day, the Mr Haji Mohamed Mustafa sold tea and bread from a pushcart. That was in the 1950s.

In more recent memory, his son, Mr Mustaq Ahmad, was ranked 37th in Forbes magazine’s list of the 40 richest people in Singapore, with a net worth of $240 million. 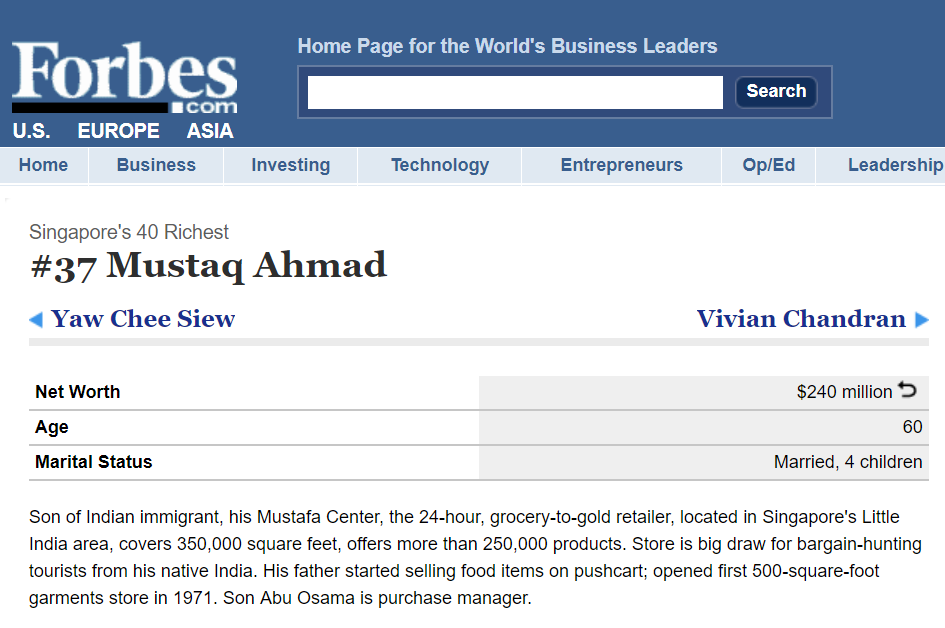 From humble pushcart to shopping centre

Success didn’t come easy. They faced multiple setbacks, which they turned into opportunities to expand their business. Or so the story goes.

Mr Mustaq used to help out with his father’s pushcart. At the same time, the enterprising boy ran a handkerchief business next to the pushcart.

It was after seeing the potential in Mr Mustaq’s venture that Mr Mustafa decided to sell clothes, instead of food.

Not long after the shift to garments, the family set up a makeshift store at Campbell Lane to sell ready-made clothes.

But the government soon banned street stalls, and they rented a nearby space for a shop.

Then, high rental prices at Serangoon Plaza prompted Mr Mustaq to decide it was time that the company owned its own building.

Unfortunately, it has come to light that MOM is now investigating the Mustafa Centre for alleged employment offenses.

A spokesman for the Ministry of Manpower confirmed that the company is being investigated. He said,

MOM has received complaints that Mohamed Mustafa and Samsuddin Co may have infringed the Employment of Foreign Manpower Act. Investigations are ongoing.

According to The New Paper, the probe “is not limited to specific violations but covers offences under the entire Act”.

Which means Mustafa could be charged for just about anything — a worrying sign indeed.

One former employee has already alleged the dubious collection of “cashbacks” by the company.

Mr Abdul Haq, who worked in the jewellery department, revealed that he used to have to return the company $600-1000.

This was after his monthly salary had been transferred to his bank account.

We think it’s a pity that a highly successful company, which overcame many odds in its humbler days, has fallen into this nasty predicament.

We hope this incident serves as a lesson to us all that no organisation is too large to be exempt from the laws of the land.