His videos might be loved around the world, but Nas Daily was hated on by local netizens after 8 videos that showed Singapore in a positive light.

The YouTuber – famed for his 1-minute features of global cities – responded to criticism that he was paid to be overly positive about Singapore.

In a Facebook statement, the 26-year-old Isreali deemed these allegations to be “unfounded” and insisted that he paid for his Singapore trip himself.

Addressing comments that his videos about Singapore were “overly positive”, Nas claimed that there wasn’t much he could do about it. That’s because to him, Singapore, has “some stuff figured out that many countries don’t”.

And his videos aim to showcase “the best of the world”, rather than the negative aspects that mainstream media that chooses to focus on.

Shockwaves were felt on Aug 21, when Nas announced that he had landed in Singapore. 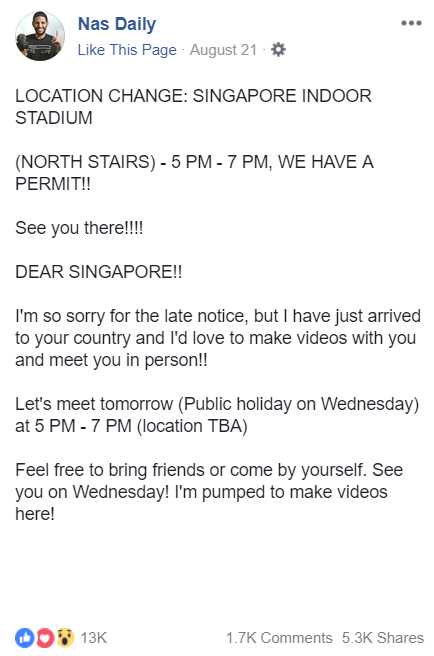 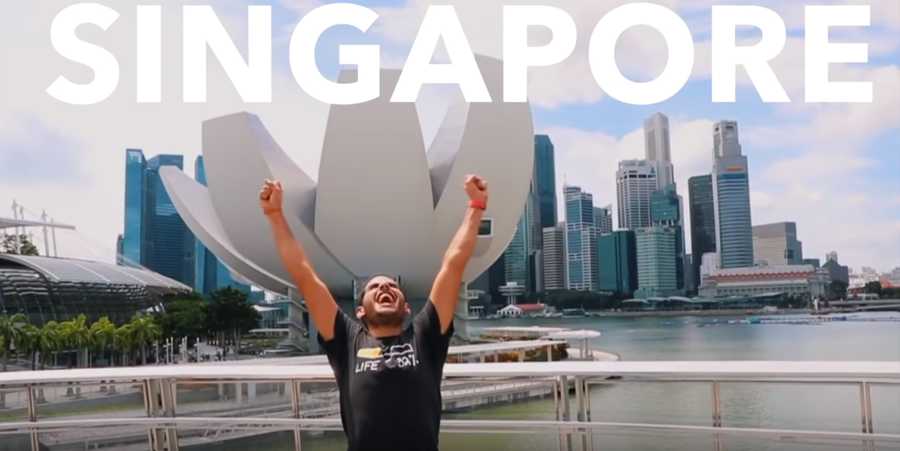 Several interesting Singaporeans were also featured, like this freegan who doesn’t spend a single cent on his daily meals.

He also dedicated one video to breaking stereotypes on how rich Singaporeans are.

To end his Singaporean adventure, Nas will be hosting a final meetup on Sunday (2 Sep), 4-6pm at Mediacorp MES Theatre. 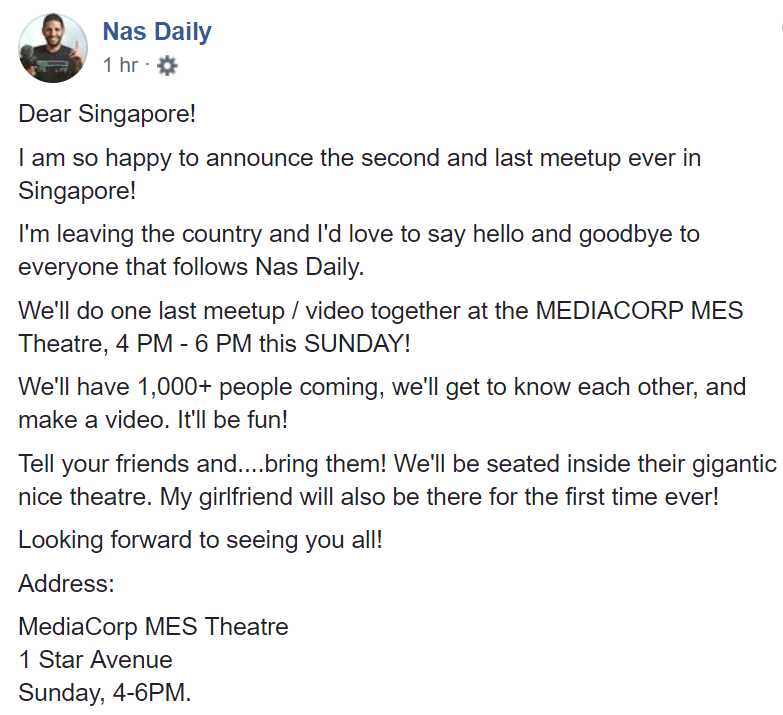 With a crowd capacity exceeding 1,000,  Nas Daily fans will be able to hang out and be part of one of his videos. Alyne, Nas’s girlfriend will also be there.

So if you’re a fan of Nas, don’t give this event a miss. You may to go through another 2-year wait for him to return to Singapore again.