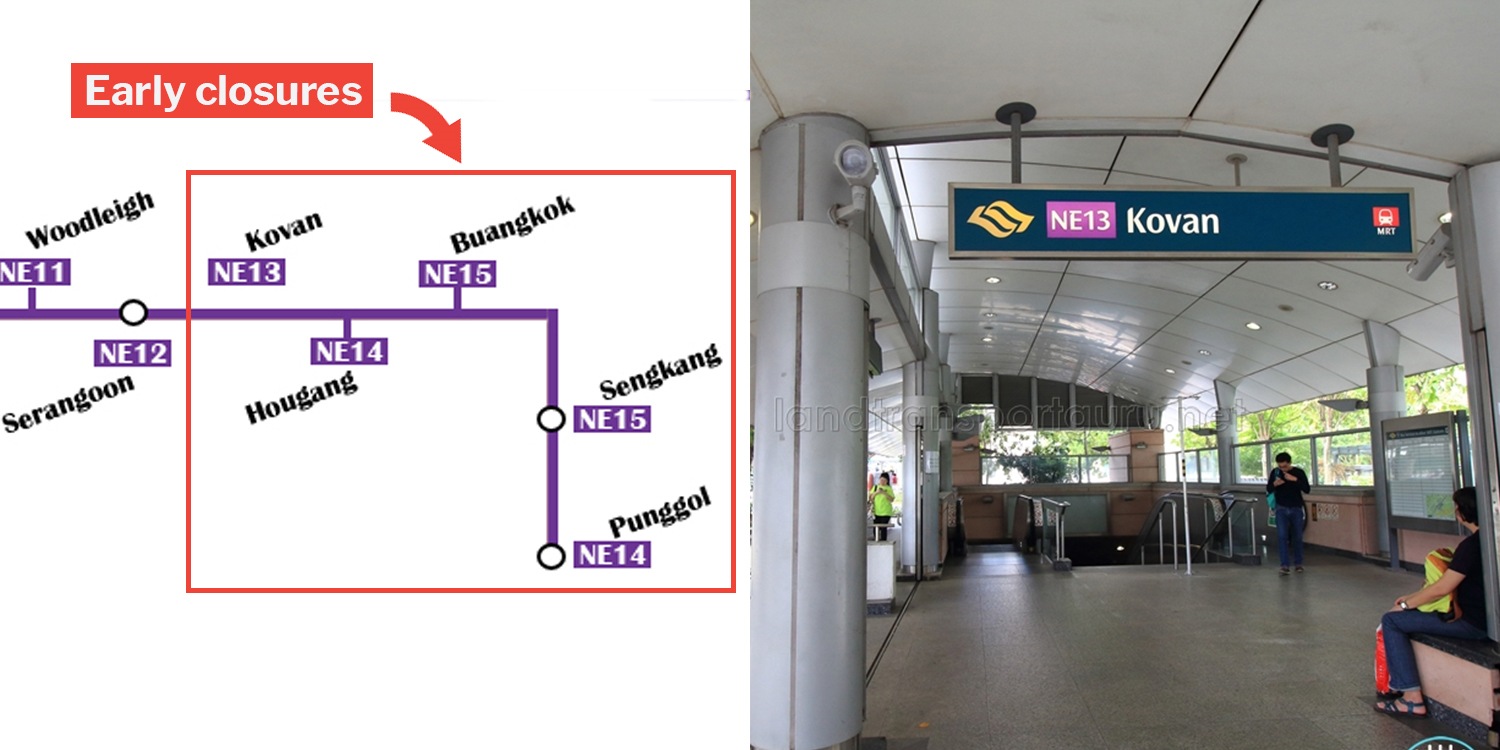 Commuters who travel frequently on the North-East Line, take note.

From 5 to 27 July, 5 MRT stations from Kovan to Punggol will close early to facilitate “intensified maintenance and renewal works”.

Train service at the 5 MRT stations will end at 11pm on all Fridays and Saturdays in the month of July.

Here are the stations that will be affected.

Train operations will continue running for the rest of the line, but with longer waiting intervals of around 9 minutes.

In view of the disruption, shuttle buses services will be available between the affected stations for commuters travelling past 11pm.

The shuttle service will arrive every 1 to 5 minutes, and cover designated bus stops and interchanges near the 5 affected stations.

Here are the arrival timings of the last bus at each station:

The fare structure for the shuttle service will be similar to that of the trains.

Now that you know of the early closures, do plan your journeys accordingly ahead of time to ensure minimal disruption to your commutes.

If you know of friends or family members who will travel along the affected stations, share this article with them to keep them informed too!