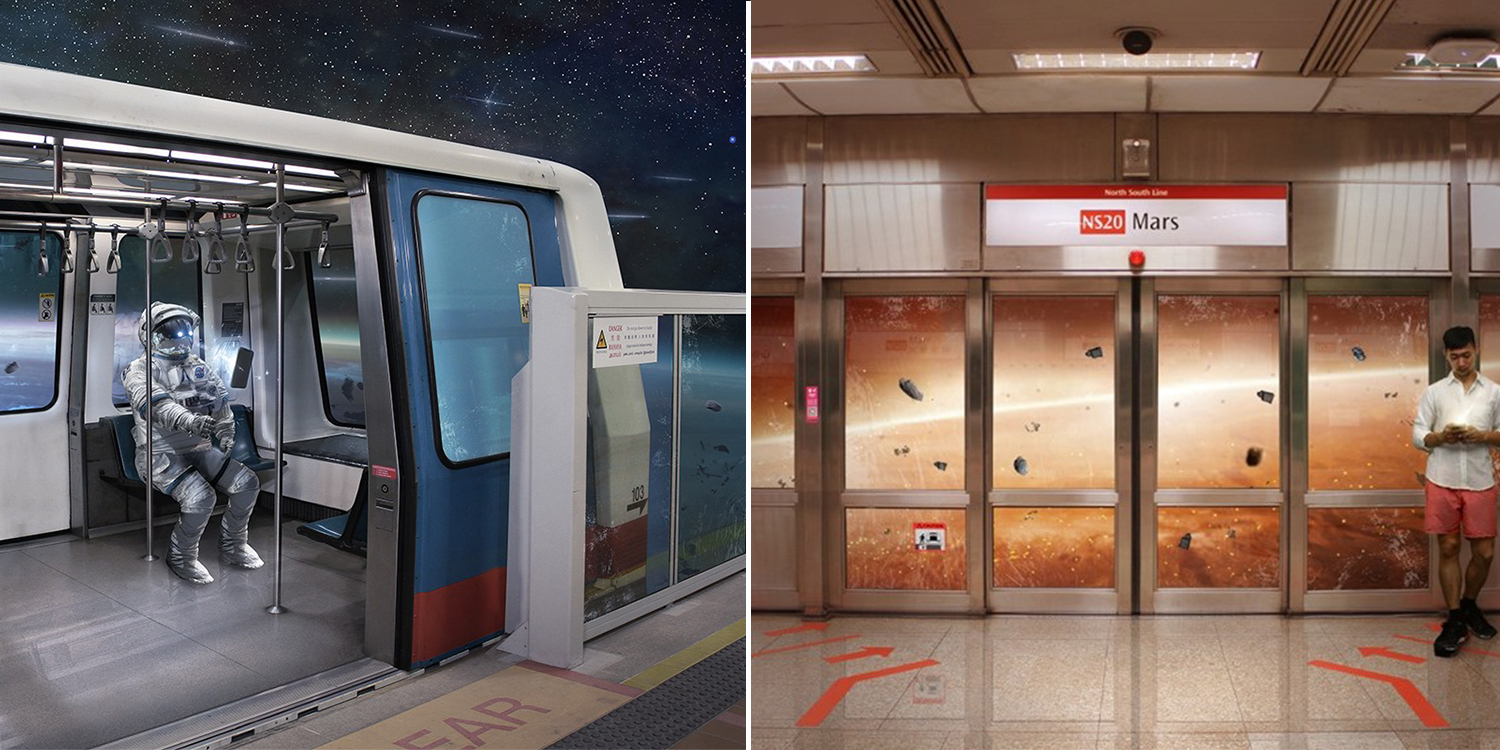 Singaporean Artist Creates An “MRT Train Guide To The Galaxy”

For most Singaporeans, the morning rush is basically a dreary ride on the MRT or the bus to work.

However, a Singaporean artist who goes by the name SezerSean decided to spice things up by Photoshop-ing regular pictures of the MRT into something that’s literally ‘out-of-this-world’. 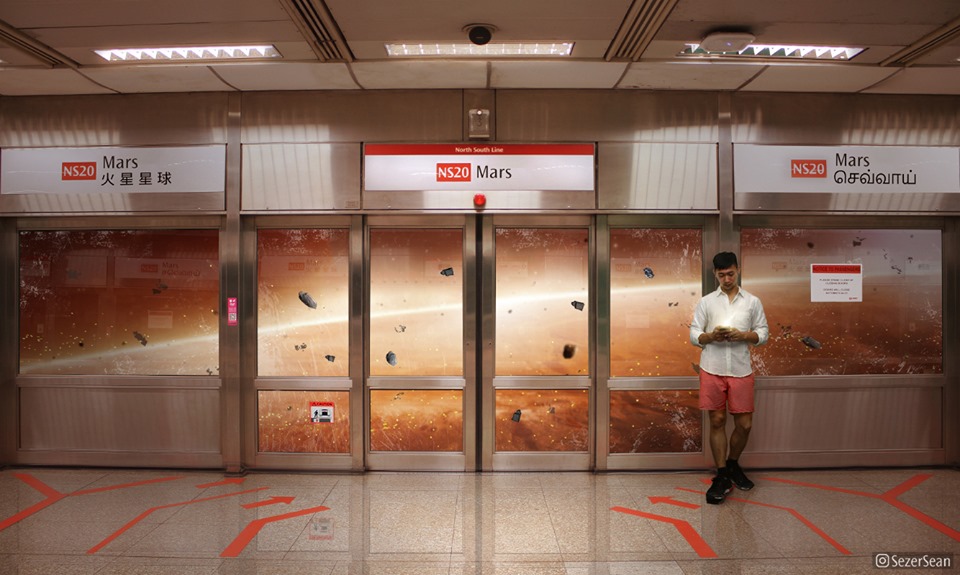 Turns travelling into a space adventure

In the album titled “MRT Train Guide to the Galaxy”, he shows how inter-planetary travel is possible with trains — and a little photoshop. In another picture, he travels to Neptune for “work every day”. 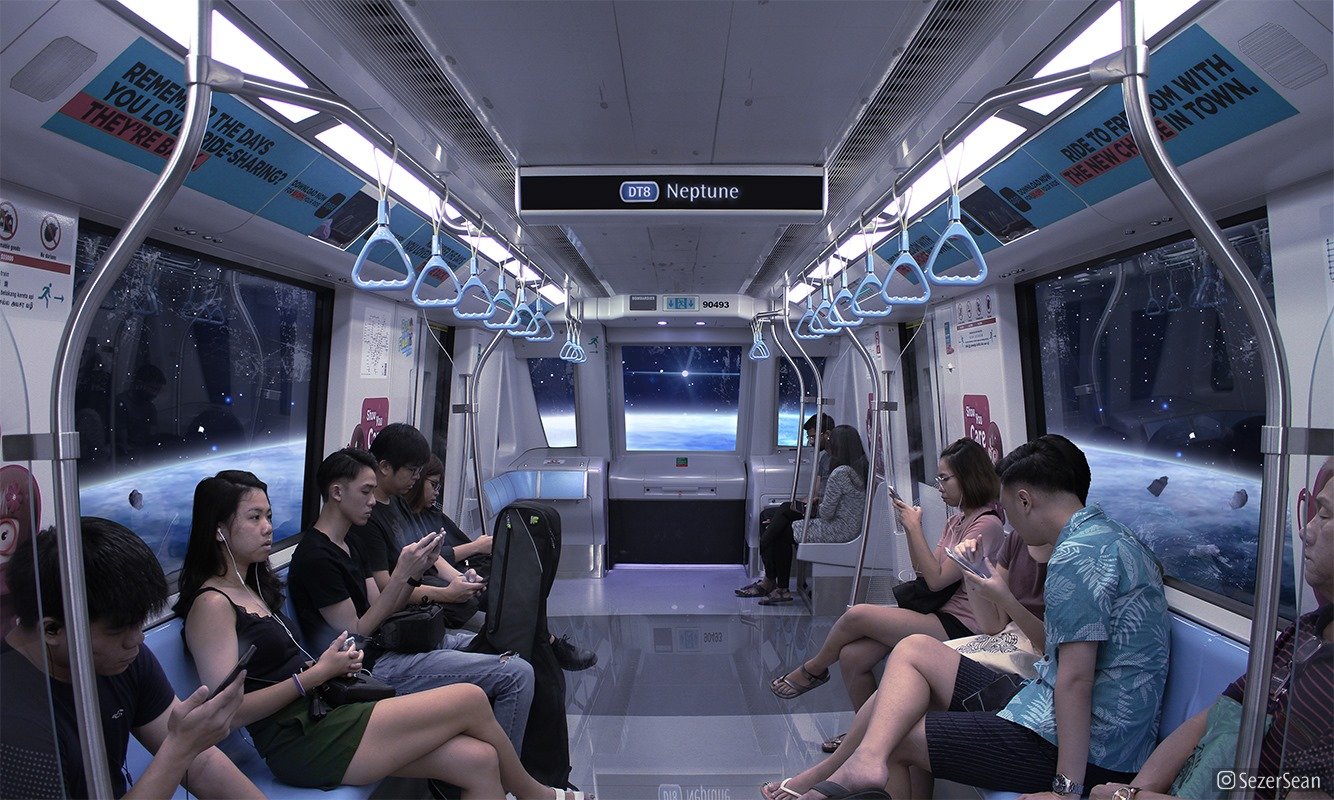 He even manages to take a nap as he’s nearing the scorching sun. 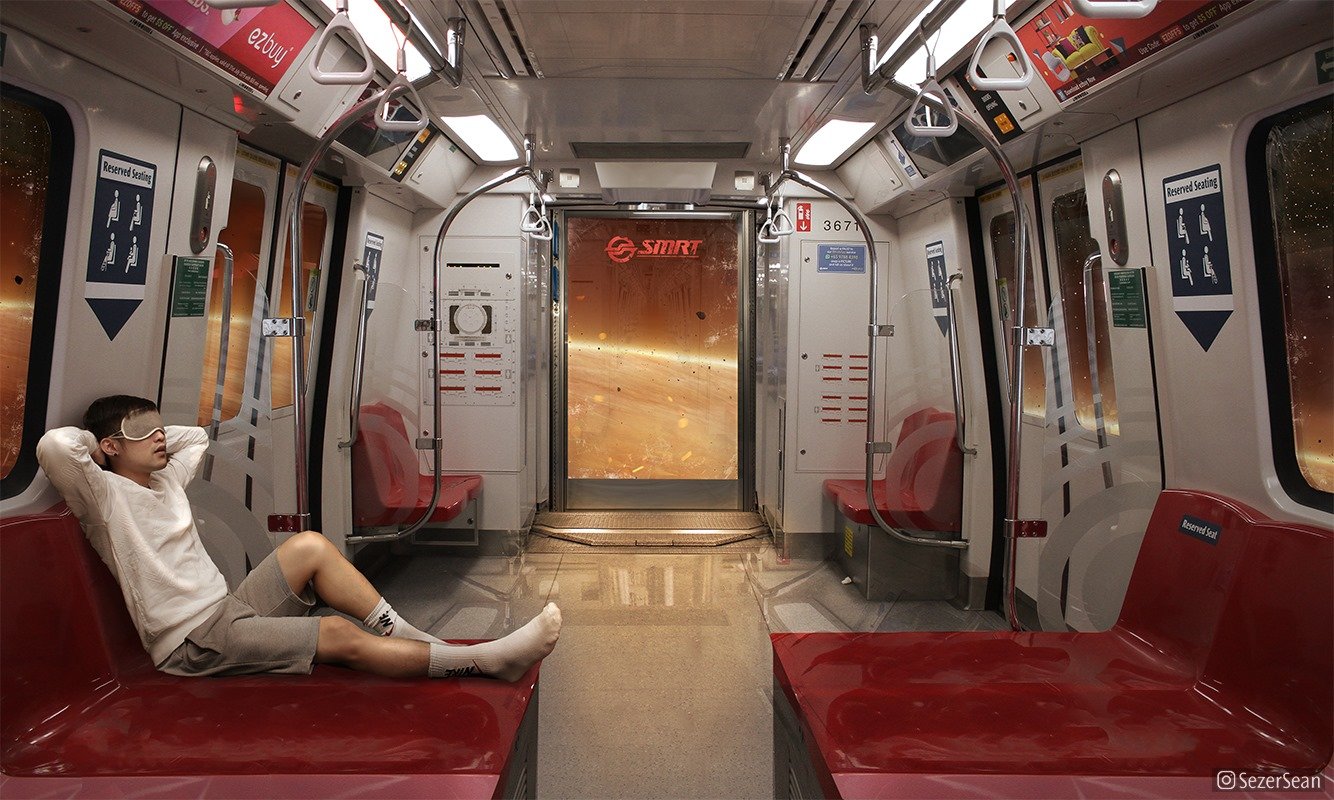 Too bad we don’t have such a thing
Source

The artist also ‘plants’ greenery to be more scientifically accurate as humans need oxygen to survive in space. 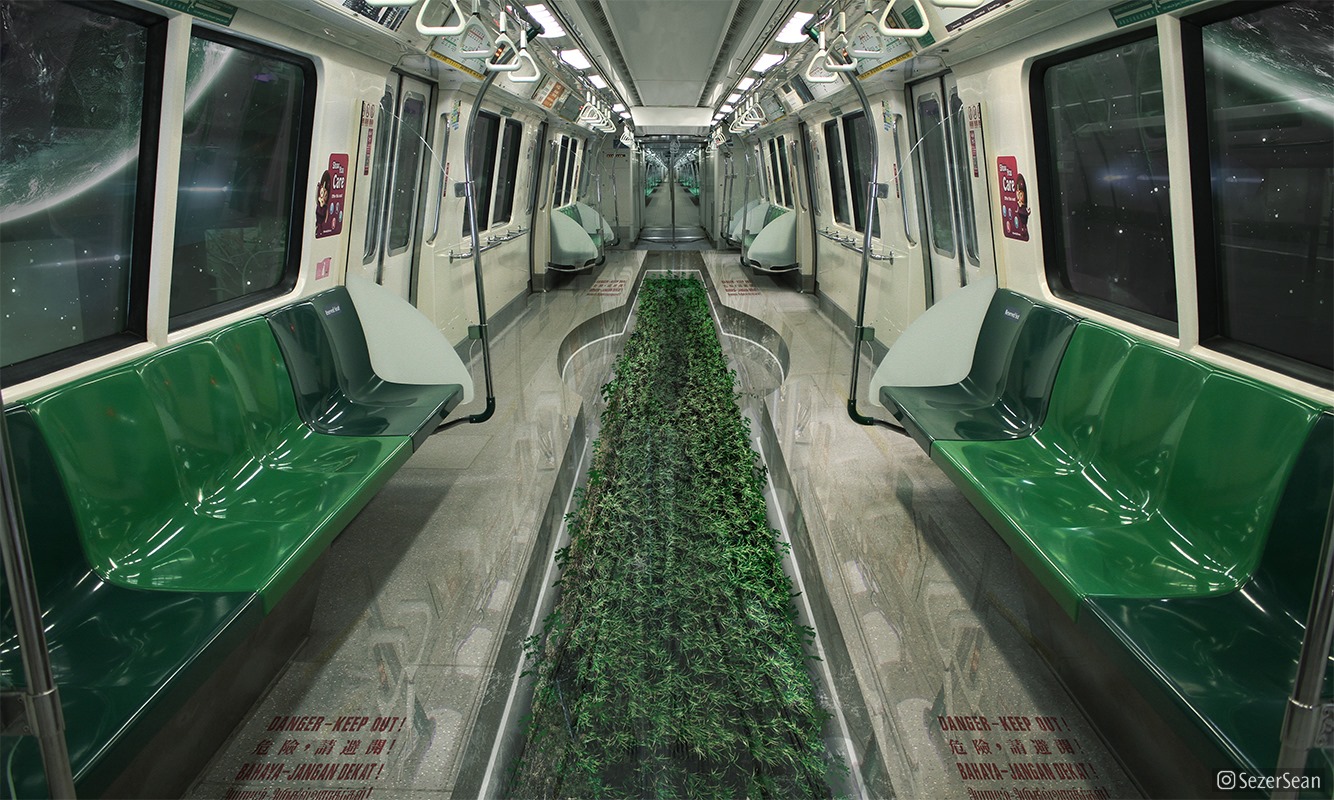 From what we can see, the train stations exits in space and the train doesn’t require tracks to move. 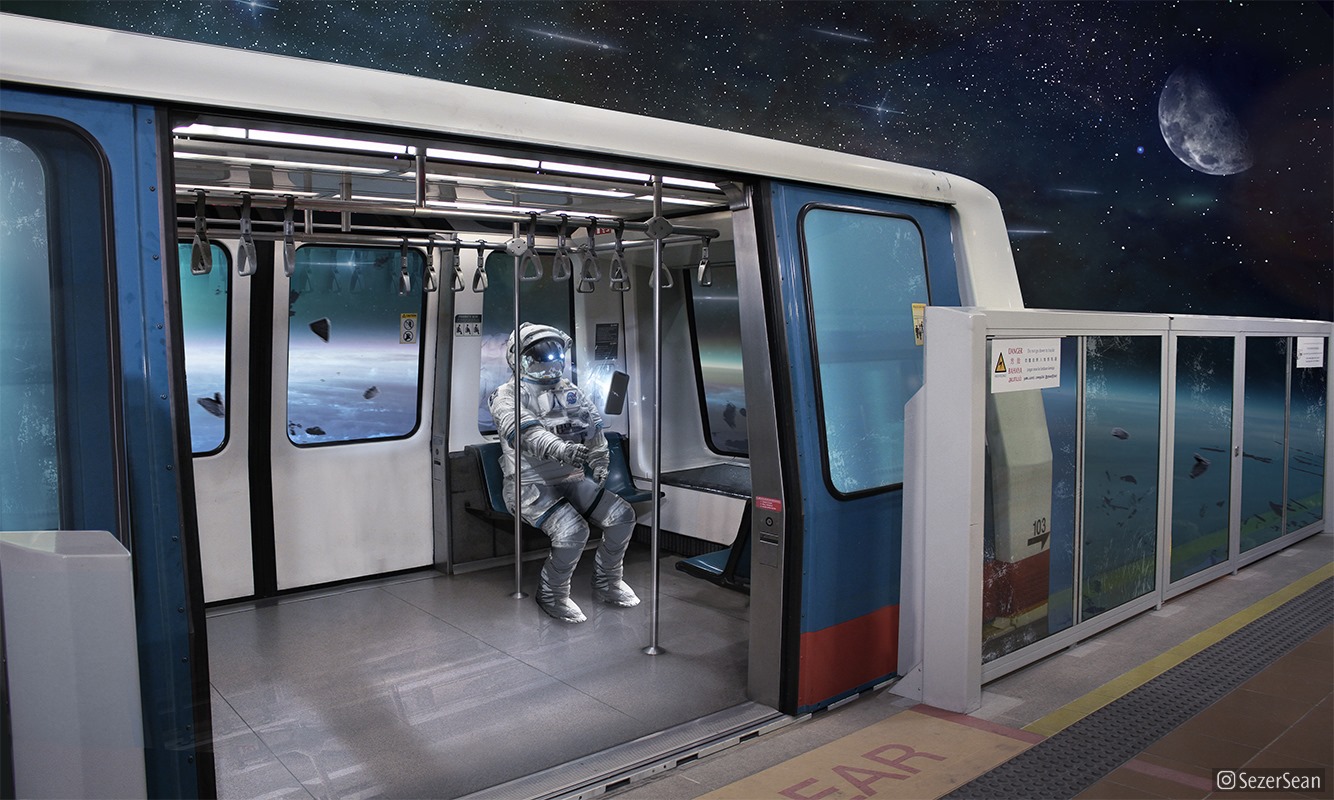 Made from boring MRT photos

Many of you will agree that these photos are extremely aesthetic. However, you may also be wondering what the original photos look like.

Thankfully, he added the ‘before’ and ‘after’ shots of the pictures as well.

It seems that he prefers to stick to the colour themes of each line. 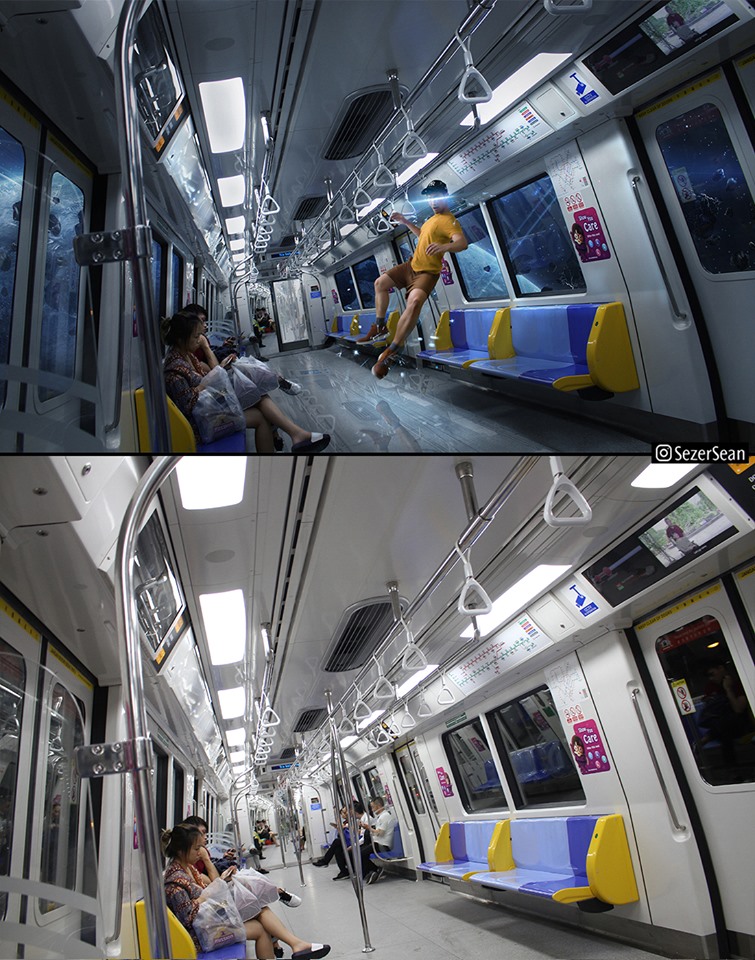 He is also not opposed to featuring members of the public in his masterpieces. 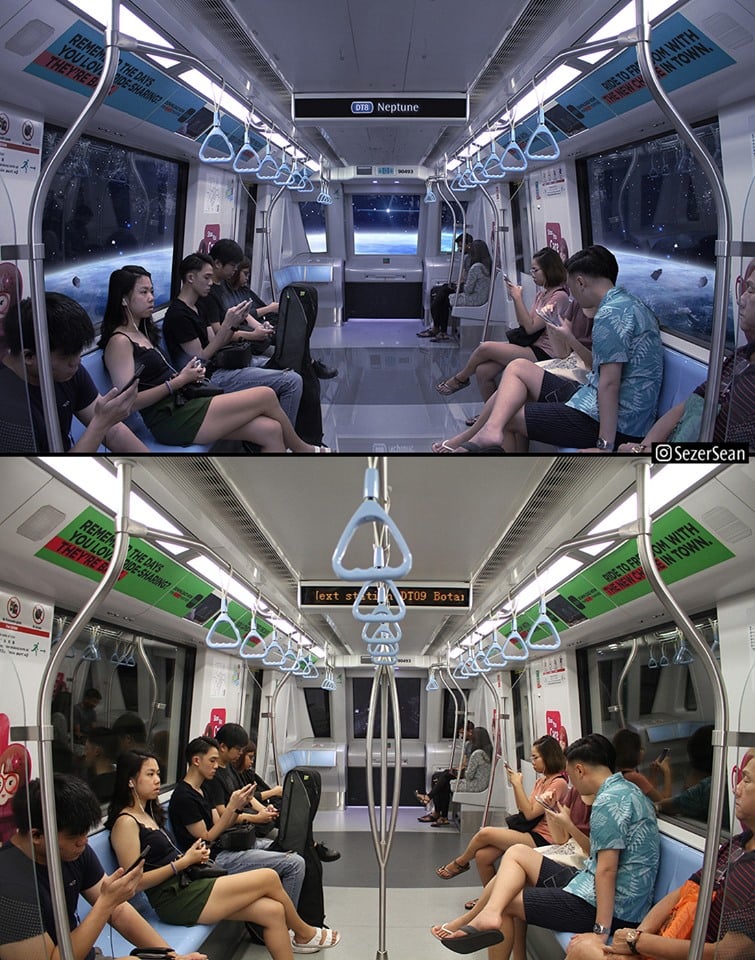 The transformation for this image is simply legendary. God knows how he managed to ‘elongate’ the reflective plastic seats flawlessly. 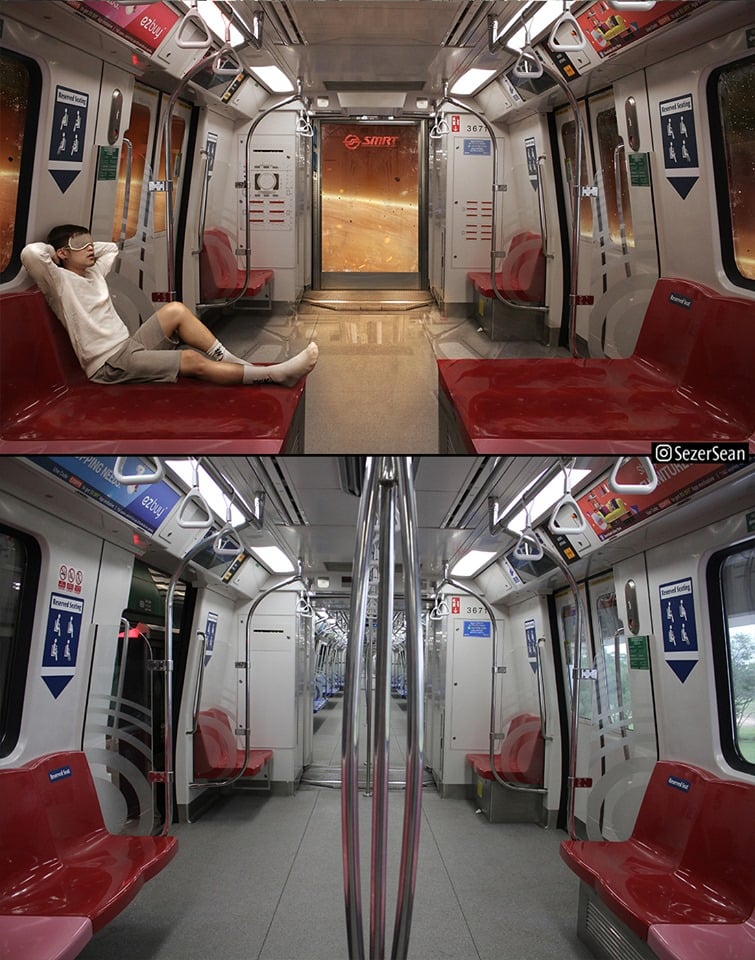 His attention to detail can also be seen in the small easter eggs he hides in his photos. 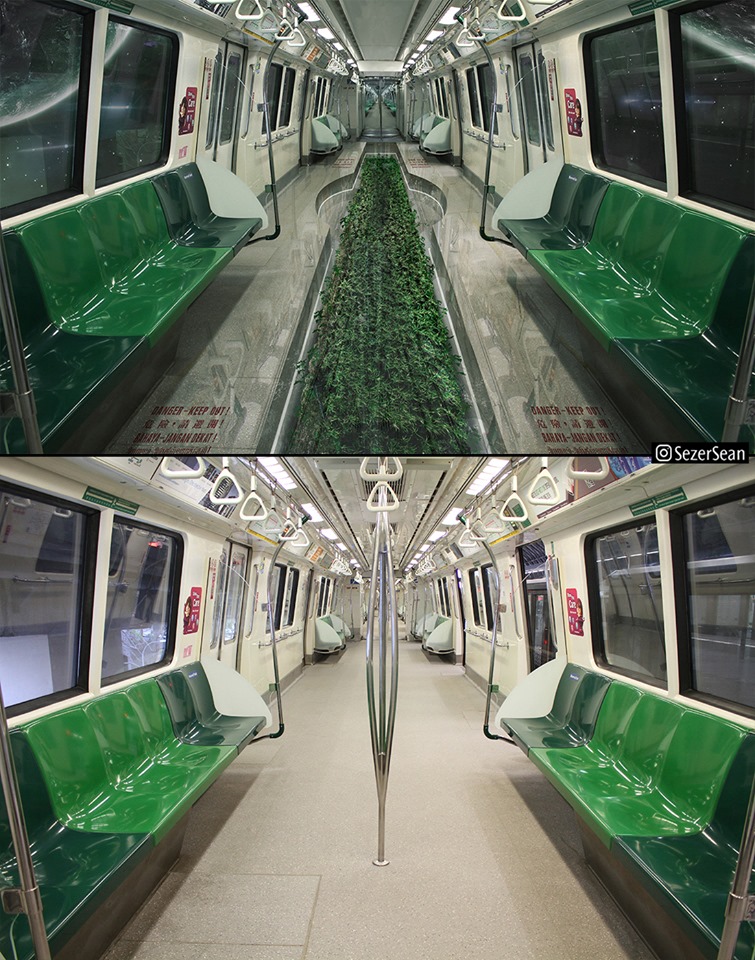 SezerSean also does not limit his pieces to MRTs, LRTs happen to work in space as well. 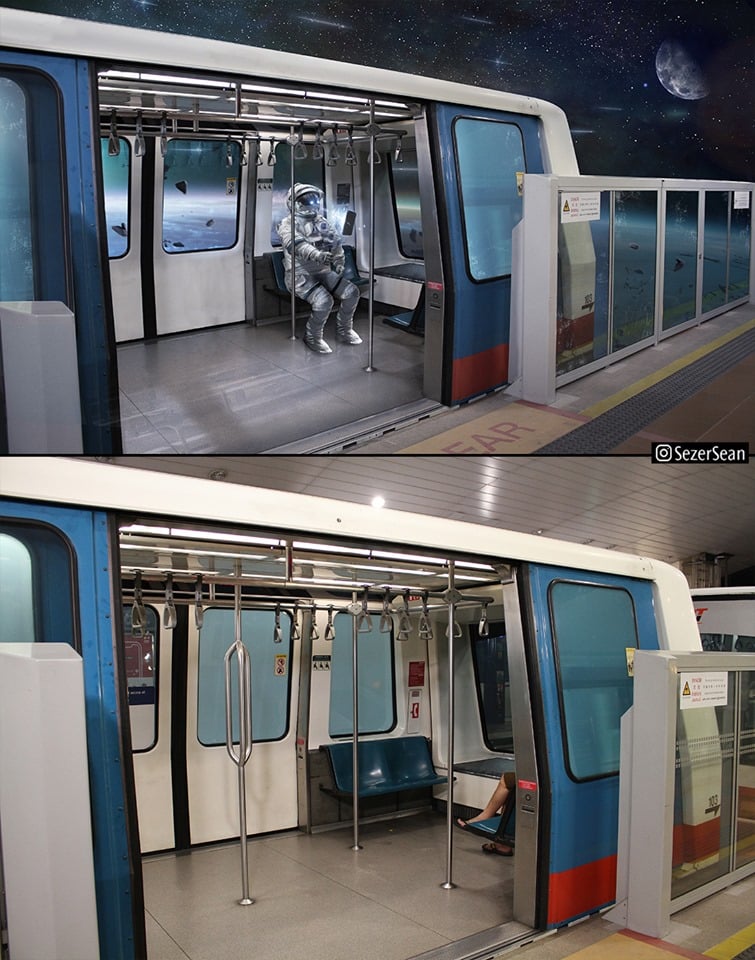 He wanted to be an astronaut

As for the motivation behind his ‘space travels’, he reveals that he wanted to be an astronaut when he was much younger.

However, life had different plans for him.

Thankfully, he says that it’s okay and that he can still “explore the galaxy in (his) mind”. 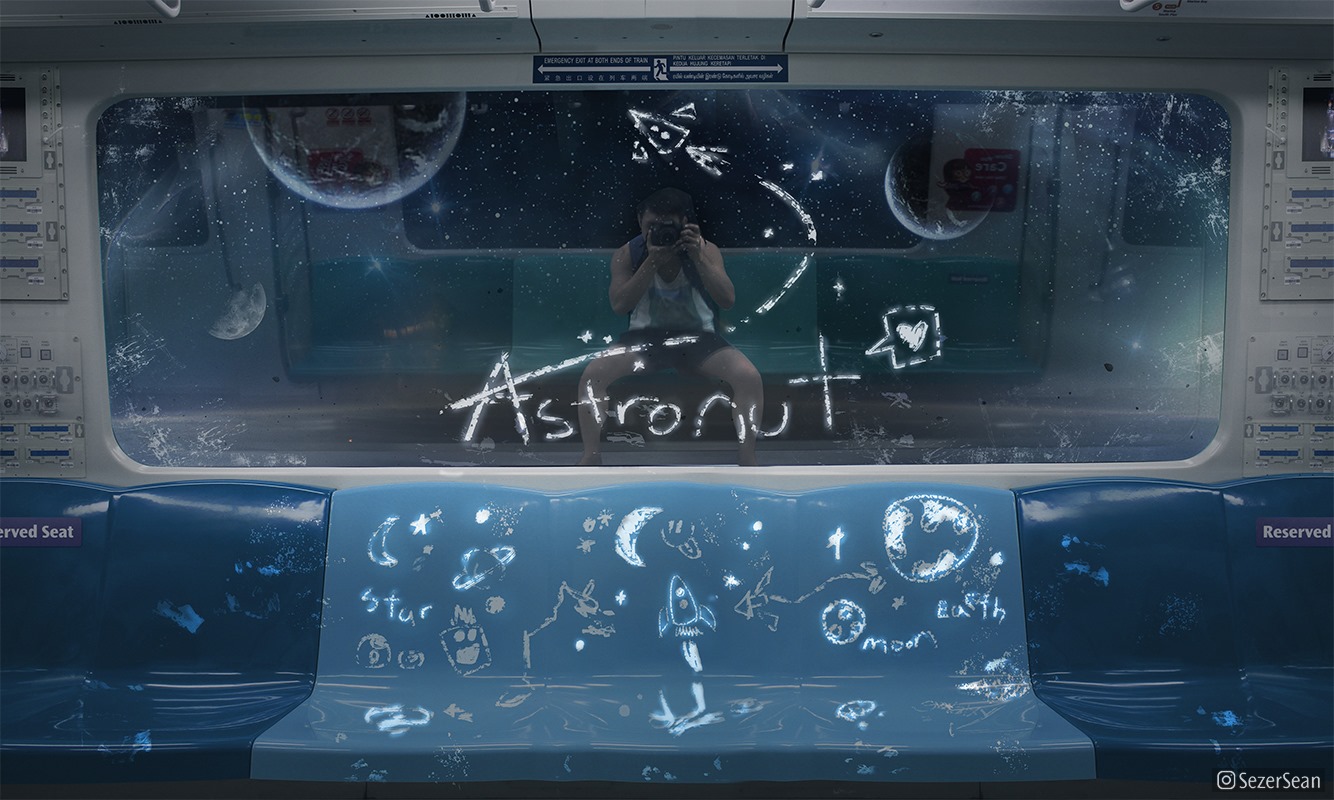 As we grow older, we start to forget our ‘unrealistic’ dreams we once had.

However, this artist proves you wrong. Even though we can’t achieve exactly what we dreamt of now, we can always relive them in other ways.

If you are interested in his photos, he also has an “Underwater Singapore Series” and “Singaporean Winter Series” for you to check out.