Buskers Perform On The MRT, S’poreans Say They’d Rather A Quiet Train Ride 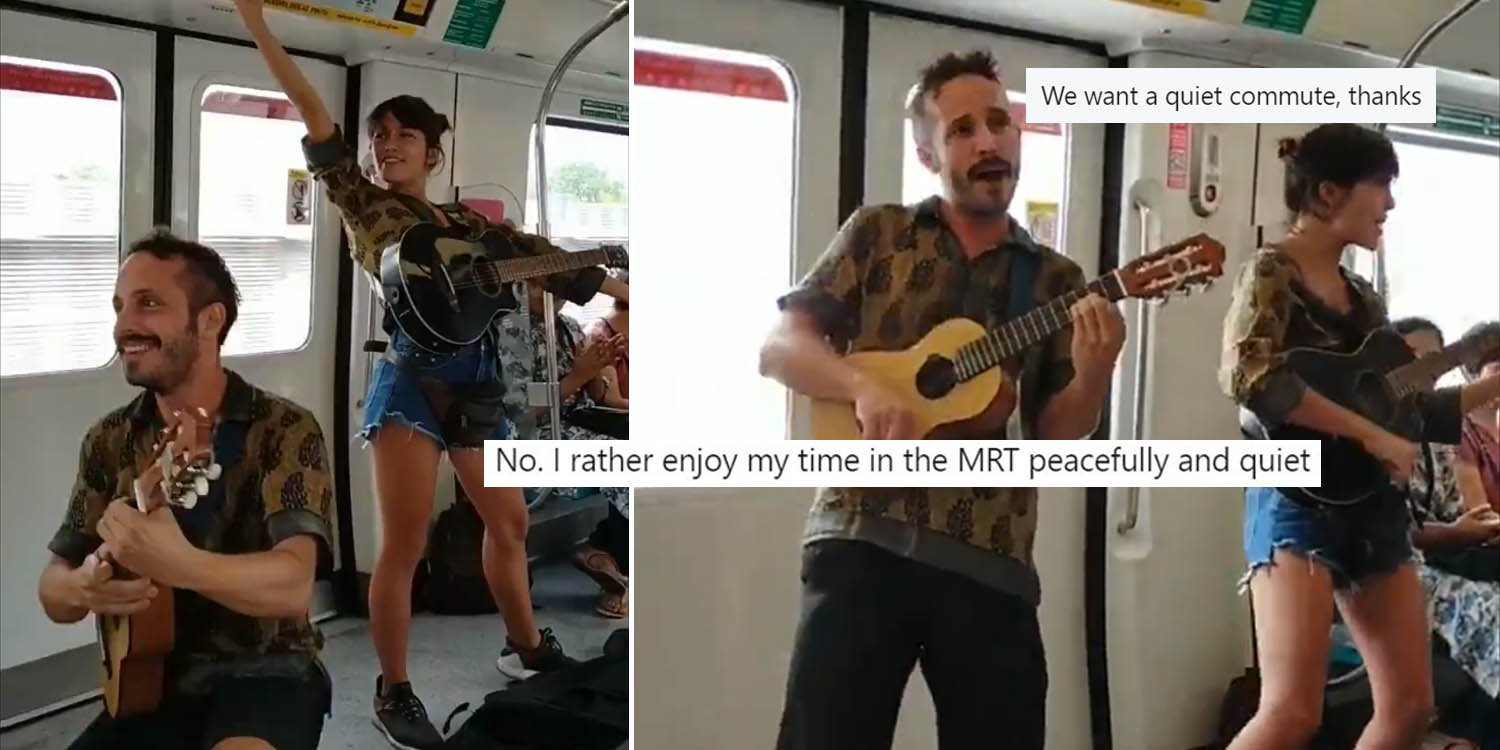 Two buskers walked into an MRT. Guess what happened next.

Buskers Spark Online Controversy After Asking For Tips On MRT

Dressed conspicuously in mud green printed shirts and armed with guitars, two Caucasian buskers sang their hearts out to entertain.

With a repertoire of chilled tunes to soothe troubled minds, their lively performance would have made the day of many Singaporeans.

The only problem was, they were singing in an MRT cabin.

Last week, a user on Twitter posted a video of the duo crooning joyously with bright smiles on their faces. 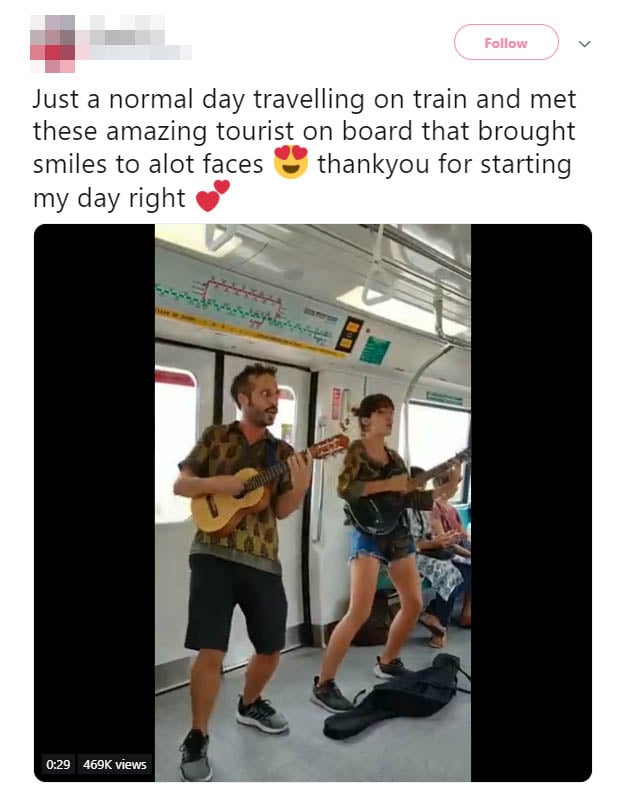 In the user’s tweet that went viral, she thanked the “amazing tourists” for starting her day right, and for bringing “smiles to a lot of faces.”

One of the immediate responses to the tweet was an important question we all had in mind.

Yep, so they did.

The duo reportedly appealed for donations from passengers. They have allegedly been doing this to fund their dream of performing in different countries.

A little peace and quiet, please

However, not many people were cool with this.

One user replied, saying that he’d rather enjoy a peaceful and quiet time on the train while listening to music from his earphones.

Another user preferred another way of travelling just to avoid the performance.

Ouch. But what if you’re travelling from Jurong East to Tampines, though?

Also endorsing the need for people to keep noise levels to themselves, this user said he would not feel comfortable with buskers in the MRT.

Illegal to busk without permit

A user pointed out a more serious concern to the whole MRT-busking business.

Unbeknownst to some, you need a permit, called the Busking Card, if you’re going to busk in public.

Only buskers with Busking Cards are permitted by the law to busk.

Those found guilty without a licence could be fined up to $10,000 under Section 19 of the Public Entertainments Act, according to Singapore Legal Advice.

Legal buskers are also not allowed to actively solicit for tips – as the duo had done – from the public. But voluntary tips are okay.

Importance of being mindful of the law

Buskers are welcomed to entertain the public, provided they are licensed to do so and in legally acceptable places.

Do this right, and you’ll be okay. You may even win the hearts of Singaporeans. 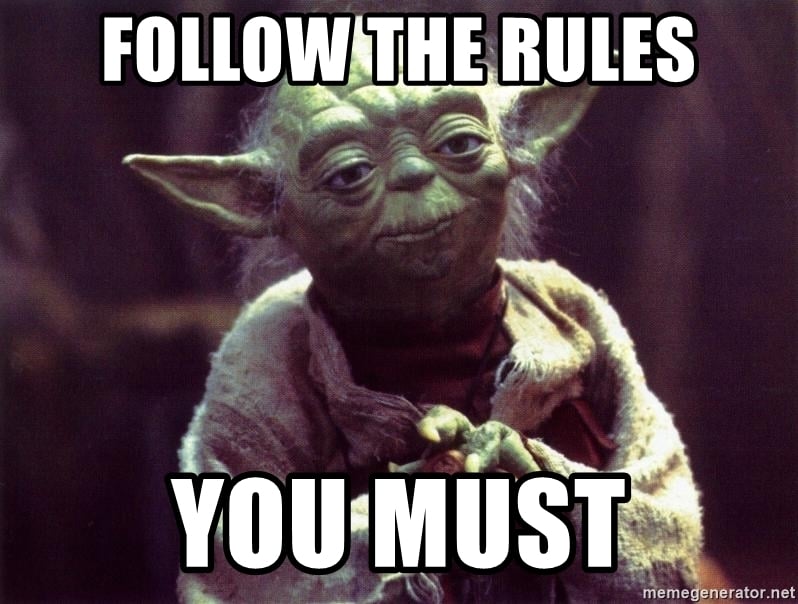 What do you think of buskers performing on the MRT — do they make or break your day? Share your thoughts in the comments below.