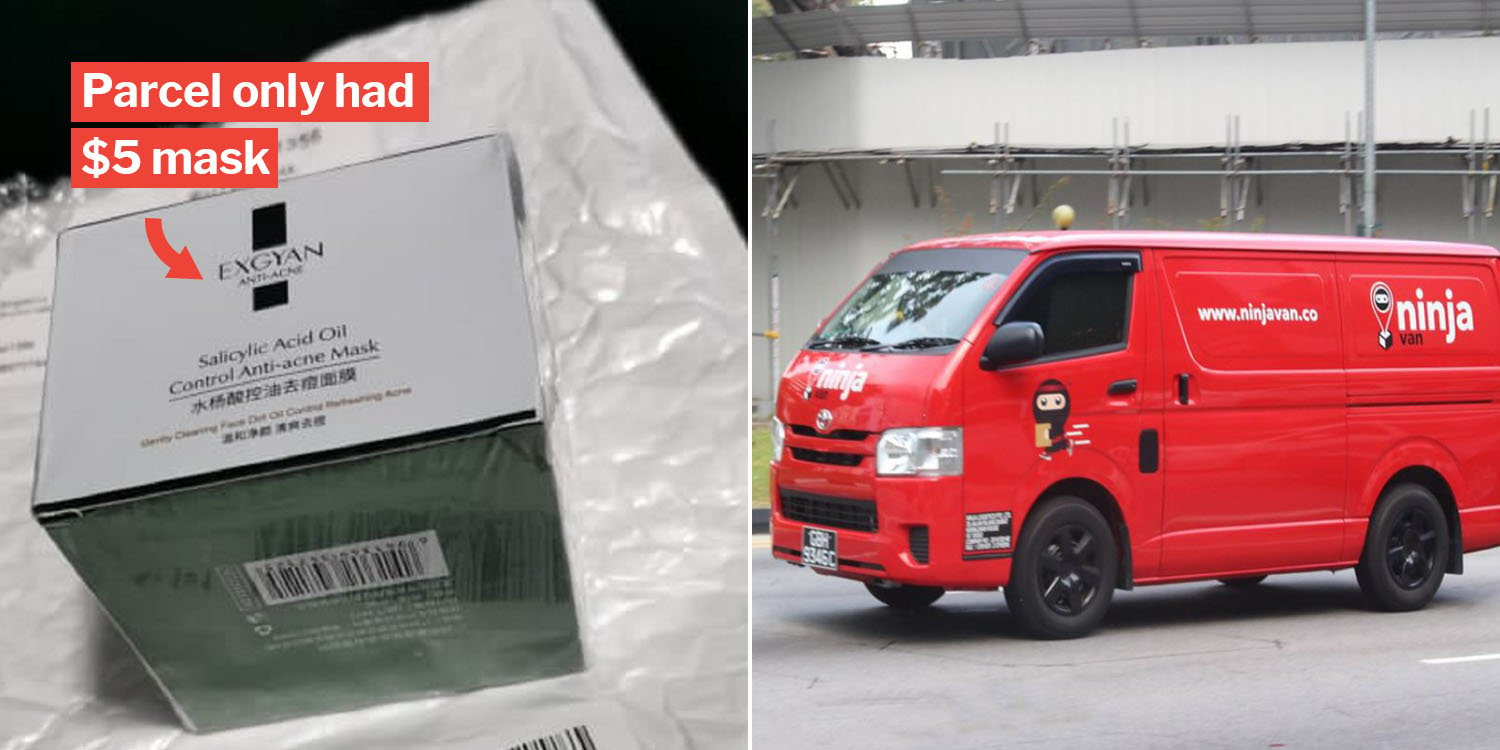 Update (14 Aug, 5.28pm): Ninja Van said the refund for the netizen is currently being processed, having launched an investigation into her case today. We’ve covered how similarly affected customers may get assistance here.

The rise of online shopping means that we can expect packages on our doorstep anytime. However, when they do come, we shouldn’t blindly accept them.

On Wednesday (12 Aug), a netizen claimed that she accepted a Ninja Van Cash on Delivery (COD) parcel without checking, paying the delivery rider $40.

Shortly after, she realised no order was made and the delivery contained only a $5 mask. 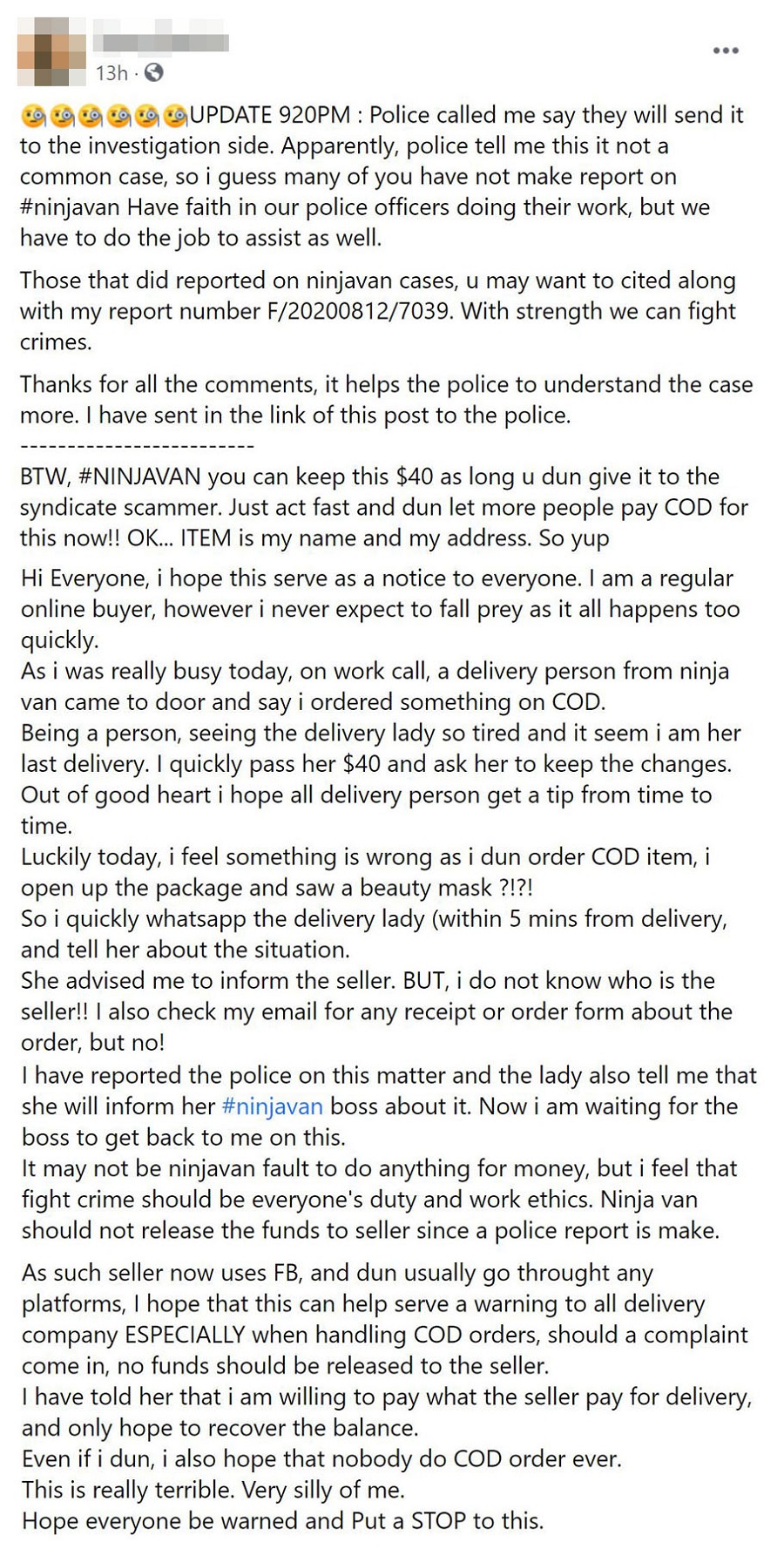 On Wednesday (12 Aug), Ms Peng Xue Lin recalled that she was extremely busy at work when what seemed to be an employee from Ninja Van approached her door.

The delivery rider said she had a parcel for her, and claimed that she had ordered it via COD. 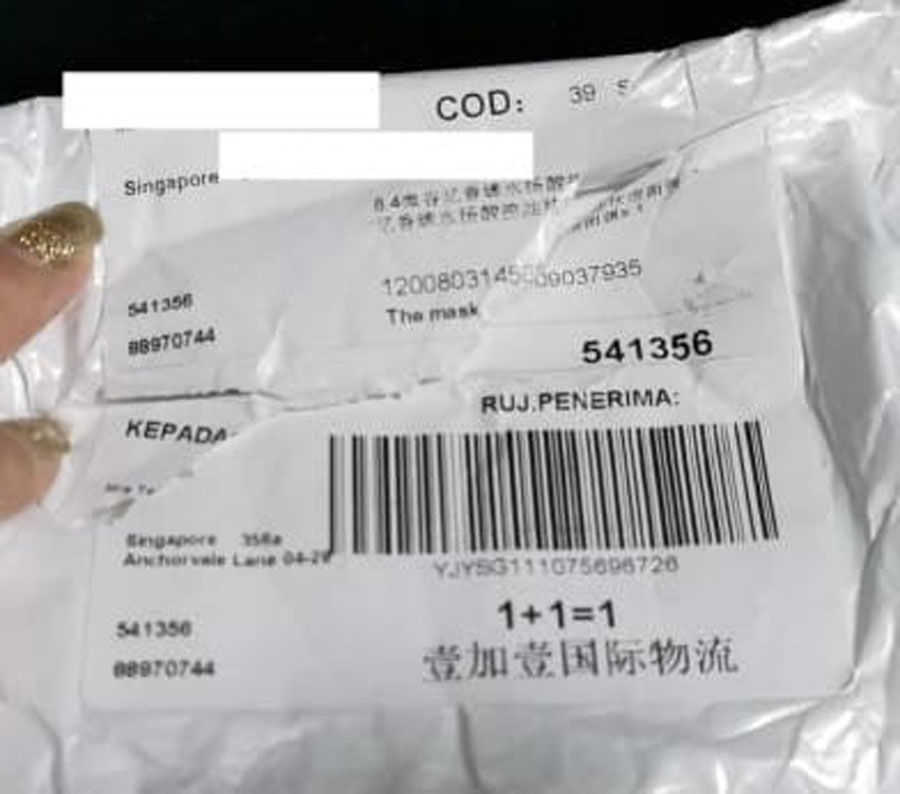 Ms Peng observed that the delivery lady seemed tired, and her place was possibly her last stop for the day.

Thus, as her family made online orders frequently, Ms Peng just accepted the package, paid $40, and told the delivery rider to keep the change.

Found a beauty mask worth $5

Shortly after, Ms Peng felt something was amiss because she did not order a COD item.

When she opened the package, she was surprised to find a beauty mask in it.

After doing some research, she discovered that it was a Exgyan Salicylic Acid Mask that cost just $5 plus. 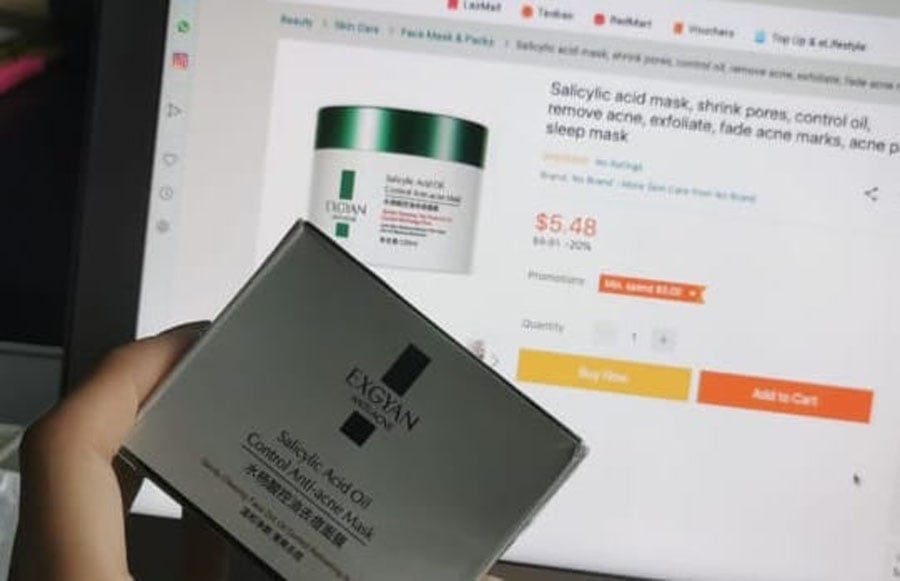 Within 5 minutes of the delivery, Ms Peng sent the delivery rider a WhatsApp message, telling her about the contents of the package.

She advised her to inform the seller, but there was a problem: Ms Peng didn’t know who the seller was!

She also checked her email for any receipt or order form but found none.

Afterwards, the delivery rider reassured her that she would tell her boss about the incident.

Ms Peng immediately filed a police report about this matter. She hoped that the company wouldn’t release the funds to the seller because a complaint and police report have been made.

Ms Peng also said she’s willing to pay for the delivery, but only hopes to recover the balance.

Incident should be warning to delivery companies

While she doesn’t blame Ninja Van for the incident, she believes that her experience can be a warning not just to online buyers, but delivery companies too.

Most Facebook online sellers don’t pass through any verification or checks, she pointed out. As such, there’s no way to verify if they’re legit or not.

For COD orders, especially, no funds should be released to sellers if a complaint is made, she said.

She also advised others against making COD orders.

A few hours after the incident, Ms Peng updated her post, sharing that the police are investigating the matter.

She said an investigation officer from the Ang Mo Kio Police Headquarters got in touch with her concerning her police report. 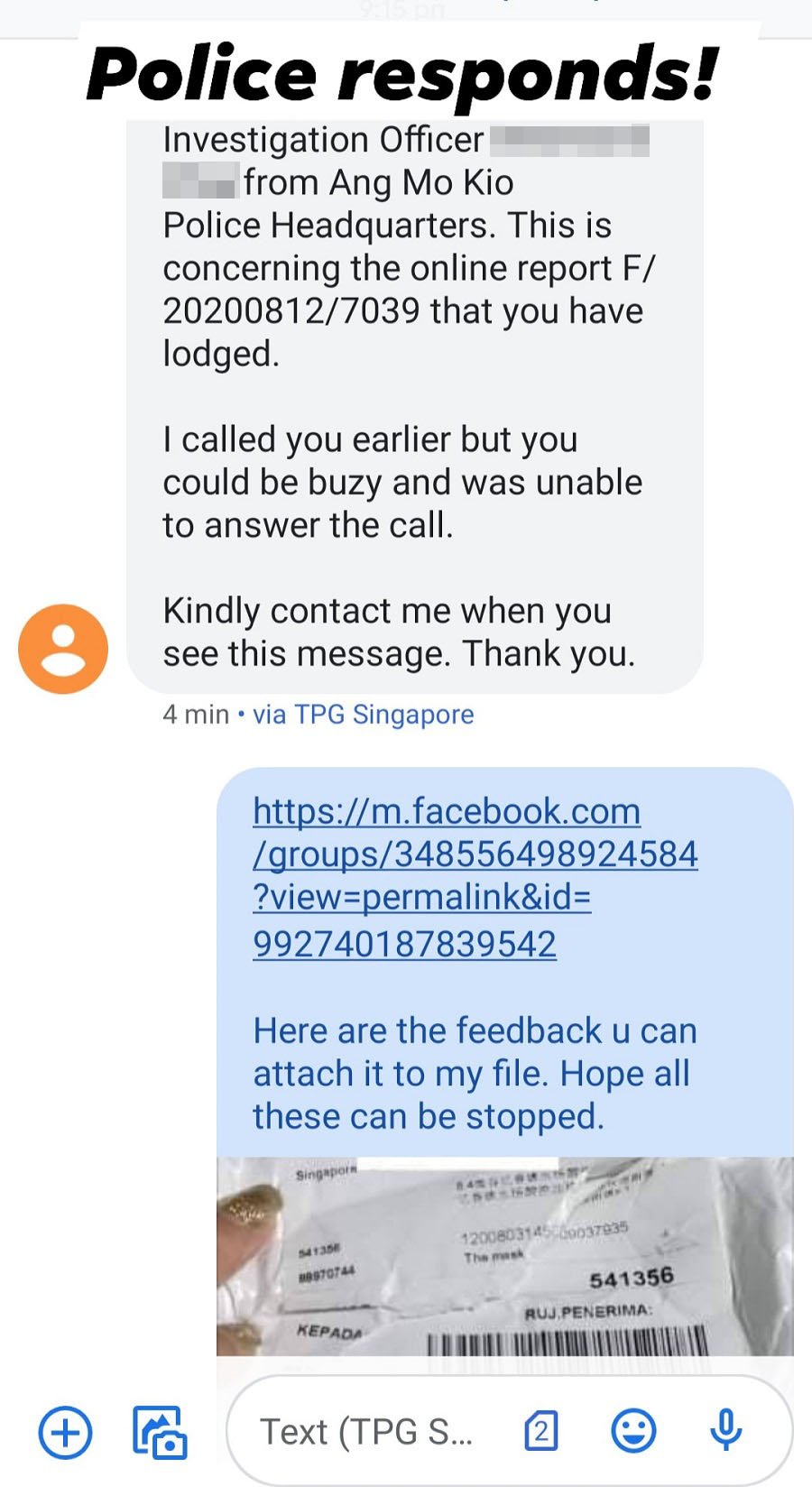 She was told by the police that this wasn’t a common occurrence. Thus, she urged netizens to have faith in our police officers and report similar incidents to them.

Those who have experienced similar cases to hers might want to cite her report, so the police know that more than one victim exists.

Apparently, there have indeed been others who’ve had similar experiences.

Some netizens revealed that they had received such deliveries from anonymous sellers too.

One netizen claims he called Ninja Van to find out the identity of the seller, regarding a $78 COD order.

MS News understands he was informed the company did not know the identity of the seller directly, as they “only deliver items” & assist with payment.

Another netizen claimed that he received an SMS from Ninja Van claiming that he ordered a COD item, when he made no such order.

He believes a syndicate is behind these similar cases. If they do show up at his place, he’ll simply turn them away, he said.

Yet another netizen received a parcel for items worth $38, but told the Ninja Van delivery man that she did not order them, and especially not via COD.

When contacted by MS News, Ninja Van responded that they’ve conducted an investigation as well as reached out to the customer.

They feel for the netizen and are sorry to learn of her experience.

Ninja Van found out that she had likely bought a questionable parcel, and are helping to process a refund for her.

Since many Singaporeans make frequent online purchases nowadays, it’s important to verify whether the packages we received contain items that we’ve actually ordered.

That’s especially for COD items, when you’re expected to fork out cash for the items on the spot.

If you’ve experienced a similar incident, do report it to the police. Having more information may help the police find the scammers behind these mysterious deliveries.

You may also wish to contact Ninja Van’s customer service so that they can assist you.

Have you experienced any similar incidents? Share us your experiences in the comments.