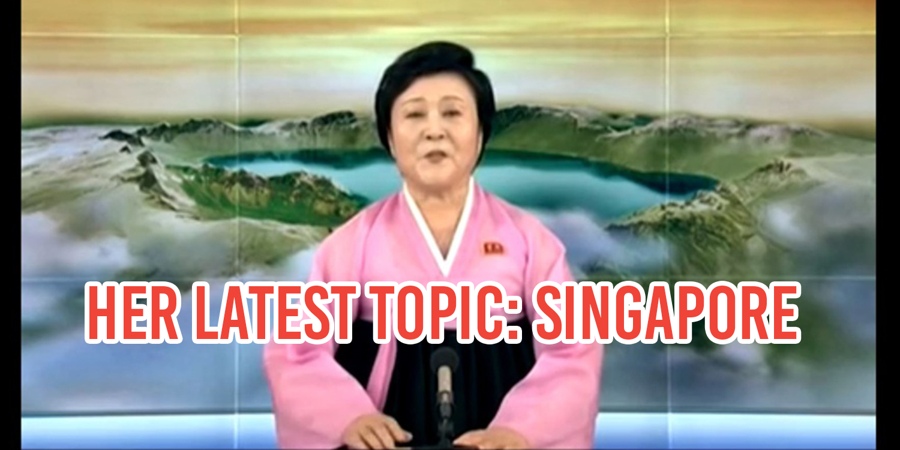 Just a while back, no one imagined that Singapore be featured on North Korean star presenter Ri Chun Hee’s news programme.

But the 75-year-old has just aired a glowing report about Singapore, calling our humble red dot the “beautiful and magnificent Republic of Singapore”. 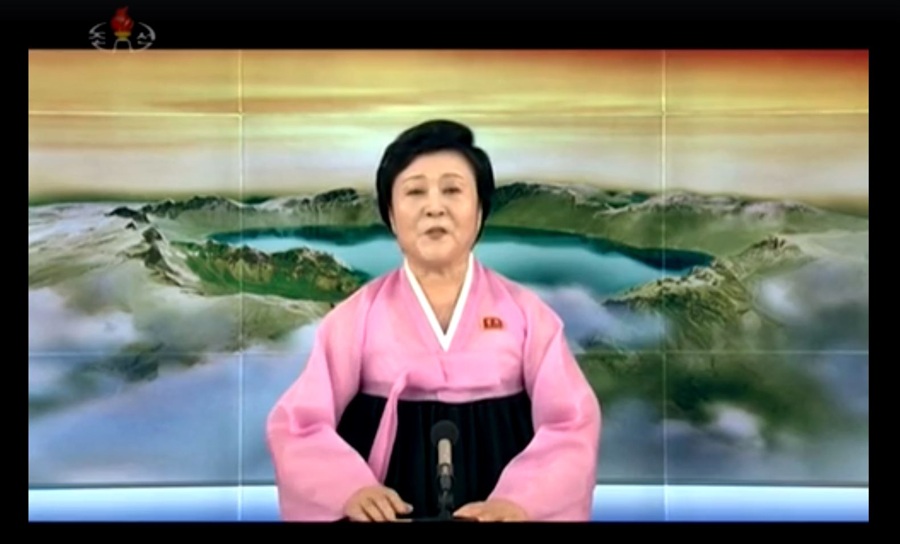 As usual, she was clad in her pink and black Josen-ot.

She spoke against the backdrop of Mount Paektu, which North Koreans consider to be the site of their ancestral origin.

Not everyone gets to be the subject of Madam Ri’s melodramatic acclaim.

So Singapore’s really lucky this time.

She said that warm greetings were exchanged upon Mr Kim’s arrival. 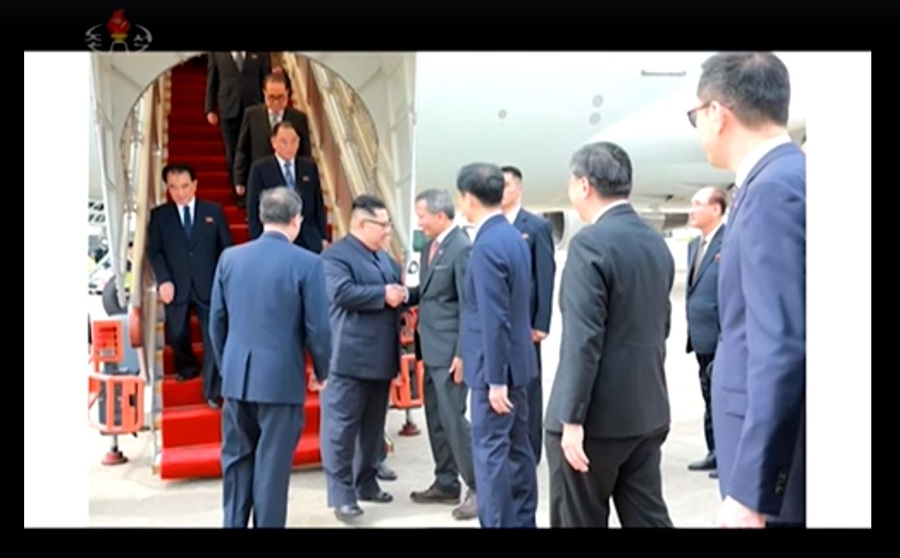 She also told North Koreans that Mr Kim met our Prime Minister at the “Presidential Palace.. Wow. Most of us don’t even think of our Istana as a palace.

Thankfully, North Korea managed to remind us about its grandeur.

Not only did Mdm Ri spread Singapore’s good name to a nation, she helped report that Mr Kim said hi to us.

How cool is that. Mr Kim, sending his greetings to us:

Who is Mdm Ri

Those who have not heard of Mdm Ri may be wondering who this very nice lady is.

World renowned for her melodramatic and passionate method of presenting news, she announced the deaths of Mr Kim’s grandfather and Mr Kim’s dad, Kim Il-sung and Kim Jong-il respectively.

In true North Korean theatrical fashion, she cried during the former and visibly held back tears during the latter. 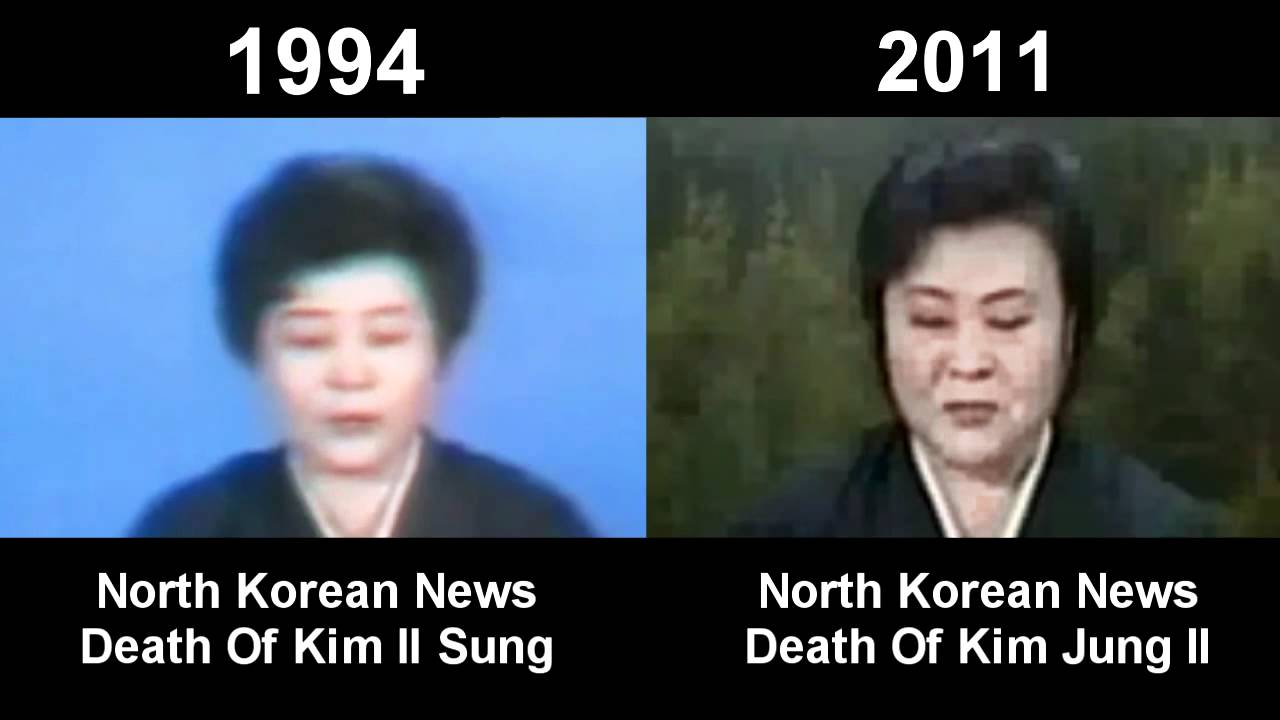 Her training in performance art at the Pyongyang University of Theatre and Film seems prepared her well for this career.

While she retired in 2012, she has been back on air multiple times since then, and has worked to train the next generation of news broadcasters.

Will she be back?

You can read an English-language report on what Mdm Ri covered that was published by North Korean state broadcaster Korean Central News Agency.