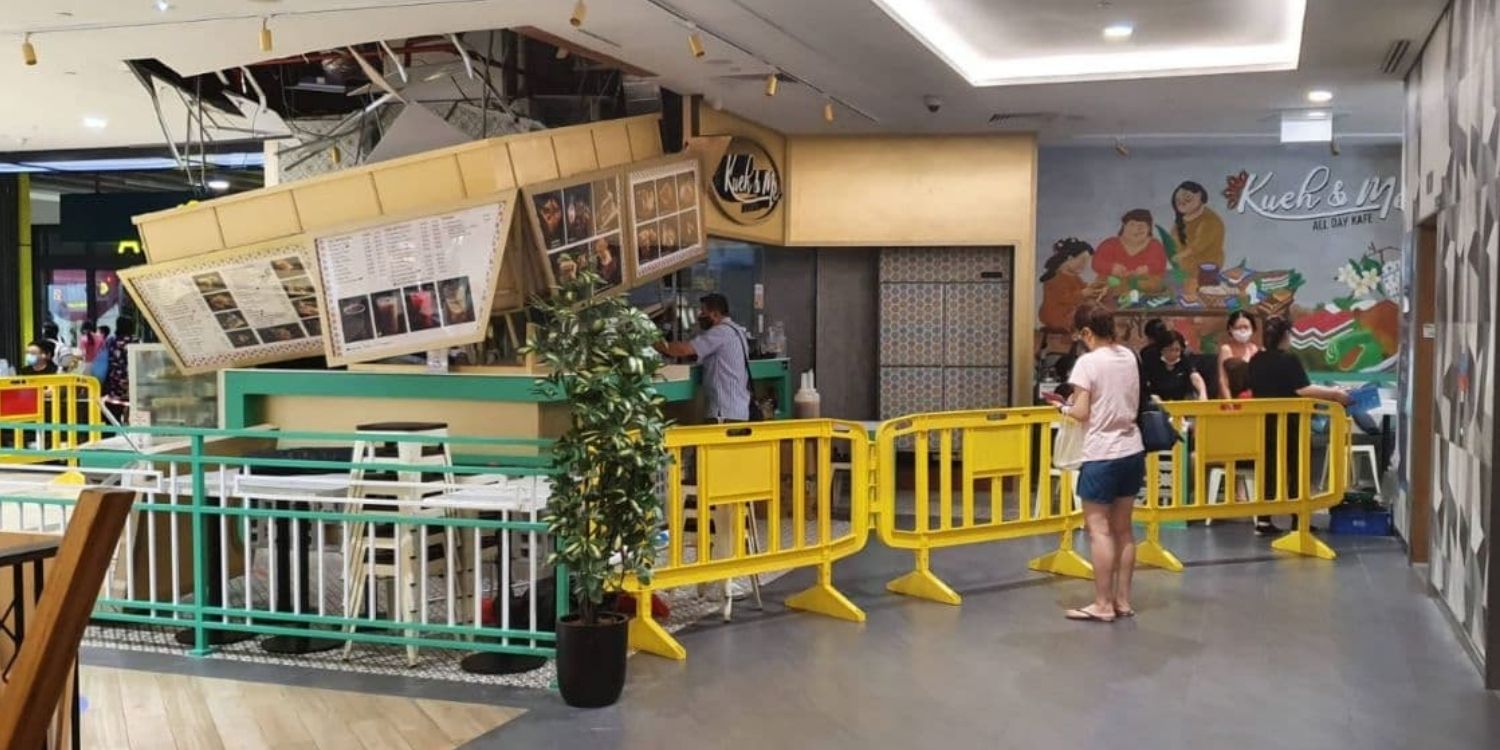 The weekend is here, and Singaporeans will inevitably be engaging in our favourite pastime — hanging out at the mall.

Unfortunately, shoppers in Northpoint City in Yishun had a rude shock yesterday (6 Mar), after a part of the ceiling collapsed suddenly. 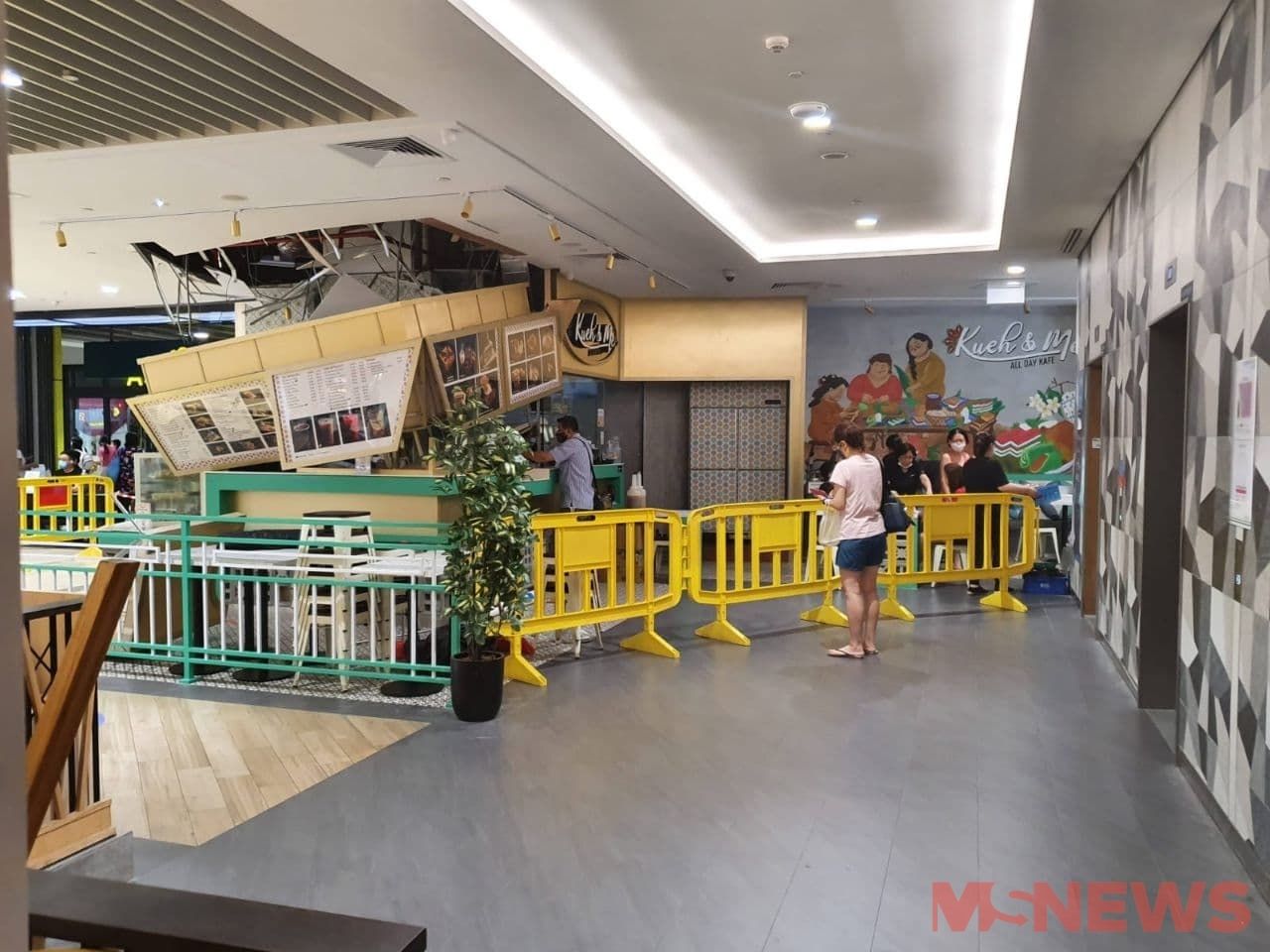 Thankfully, no injuries were reported.

The incident happened at a café named Kueh & Mee at Northpoint City, which sells Indonesian food like mee rebus and handmade kueh. 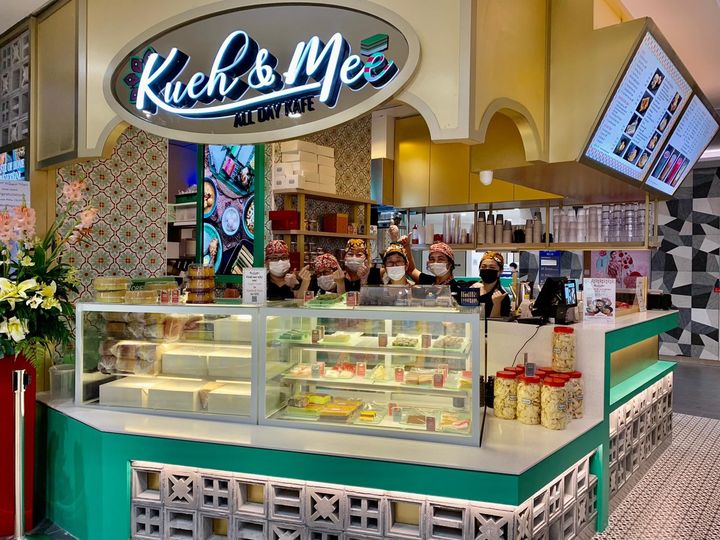 A shopper who visited the mall on Saturday (6 Mar) told 8World News that she was on the 1st floor at about 1.20pm when she caught sight of yellow barricades around the eatery.

She was then probably surprised to see that the menu signage had come loose from the ceiling and dropped onto the service counter. 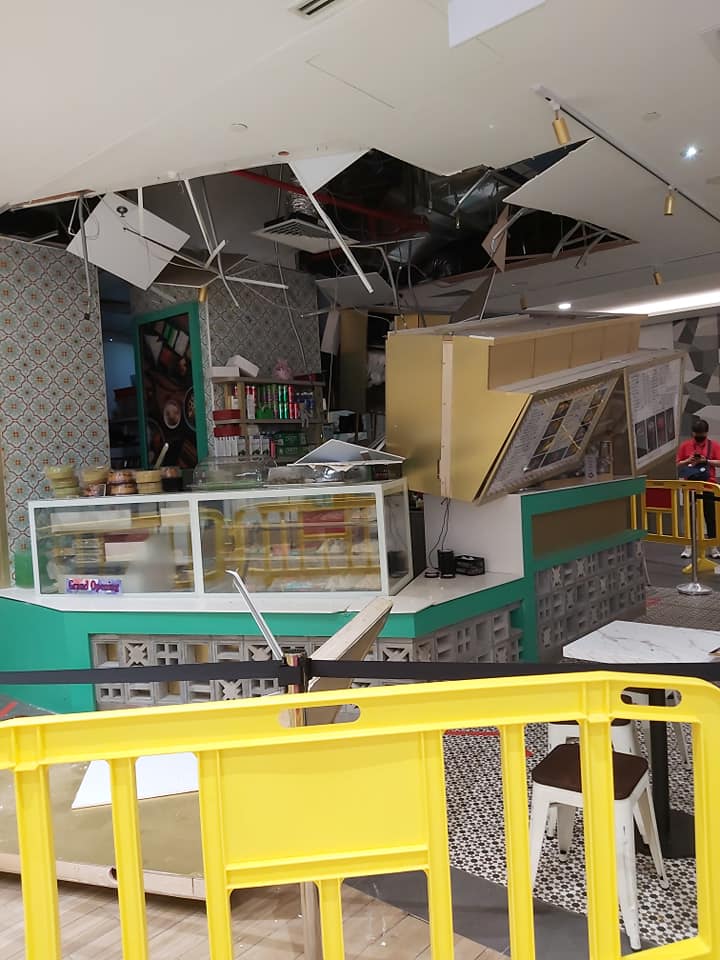 There was also a gaping hole in the ceiling where the signage had been.

The signage carrying the name of the eatery – probably the most important thing for the business – had also collapsed.

It ended up on the floor in front of the cake display. Must have been a shocking sight indeed.

Shoppers aghast at the sight

According to the witness, many shoppers who were there were aghast at the sight.

Some were heard wondering how such a thing could happen. 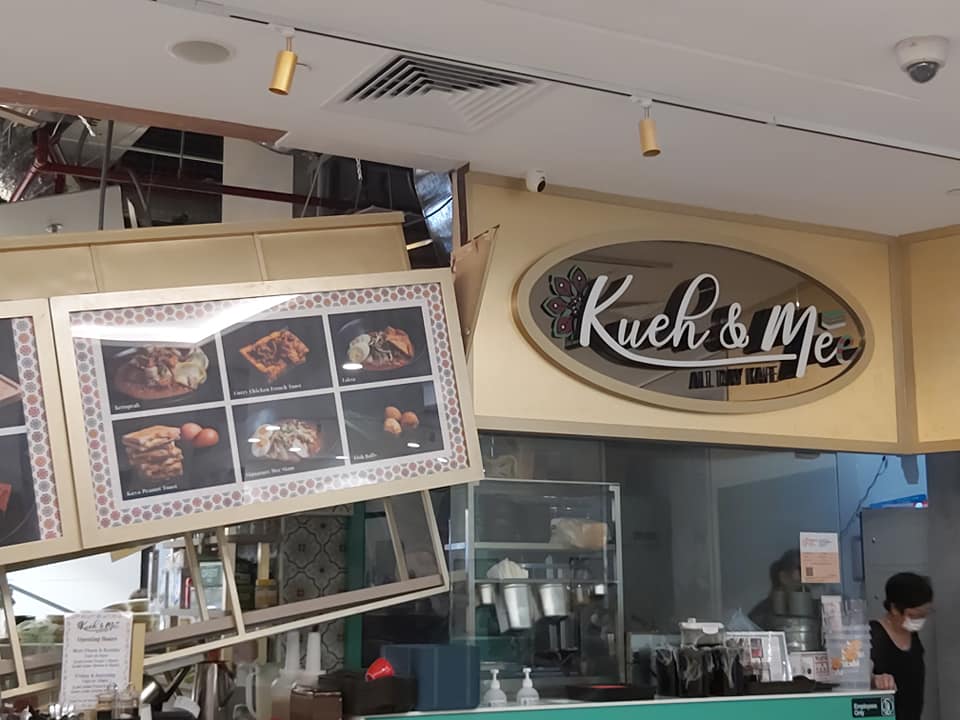 Security officers were also present, and the eatery’s staff were seen trying to clean up.

Nobody hurt in the incident

Miraculously, nobody was hurt in the incident, Northpoint City told 8World.

Perhaps it may be because it happened at 11am, when few people would be dining out on a Saturday morning. However, given that the signage fell onto the counter, it’s fortunate that it didn’t injure any of the staff either.

Security and the mall’s management staff were on hand to assist the eatery’s employees and customers, the mall said.

Restaurant has closed for repairs

Regular patrons will be dismayed to know, though, that they probably won’t be able to eat there for awhile.

A photo posted by a netizen on Saturday night showed that the area had already been sealed off behind plastic coverings. According to Northpoint City, the restaurant will be closed for repairs.

Not much we can do to avoid it

To be sure, this isn’t the 1st time that the ceiling in a shopping mall has suddenly collapsed.

What we should be thankful for is that nobody has been seriously hurt so far.

Unfortunately, there’s not much we can do to avoid being involved when something like this happens, short of avoiding malls totally.

The only thing we can do is pray that such freak incidents don’t happen to us, and hope malls and other public places maintain their ceilings properly.