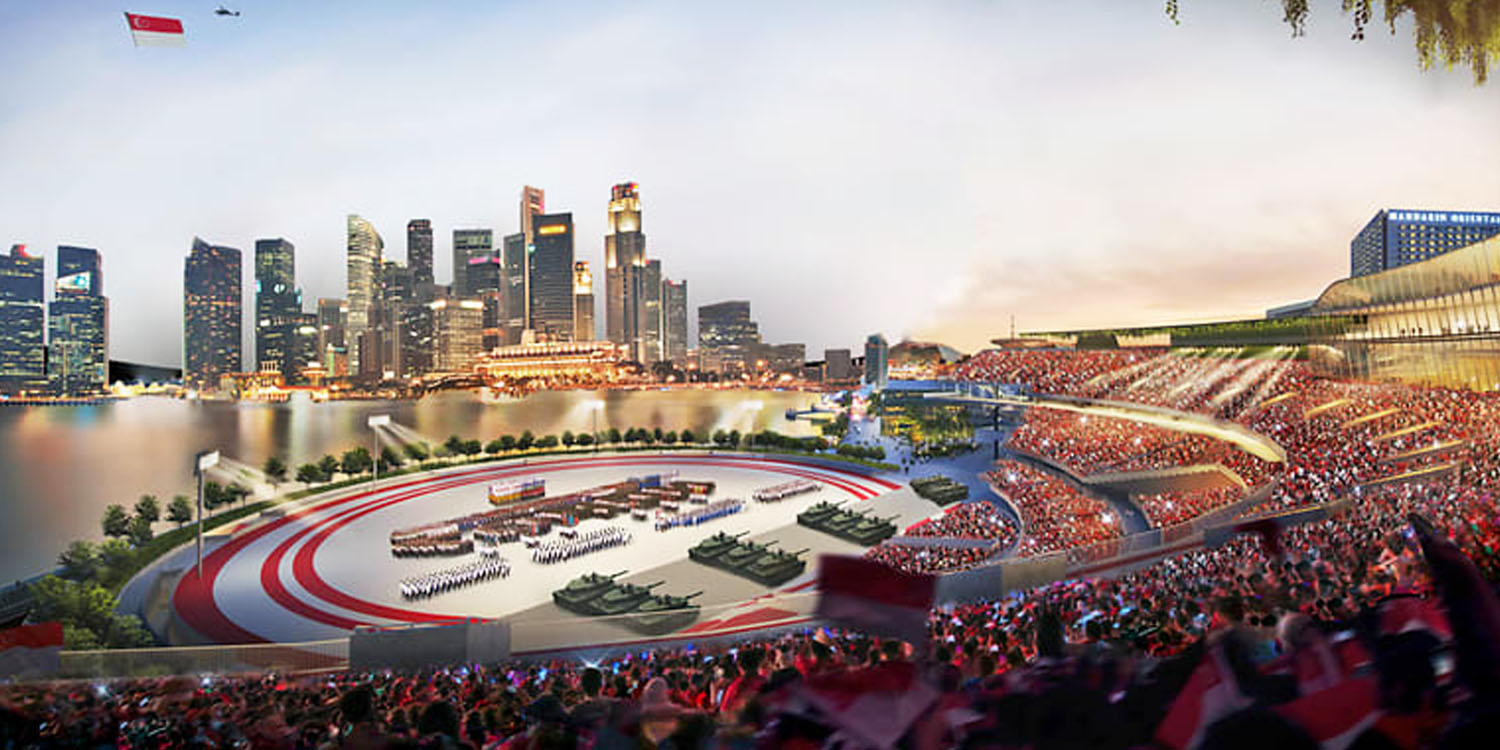 In 2017, PM Lee had announced that The Float at Marina Bay will be rebuilt and renamed as NS Square.

It will become a permanent space to commemorate National Service (NS) and the role it plays in Singapore.

Now, we finally get to have a first look at how NS Square will look like, thanks to Prime Minister Lee Hsien Loong’s revelation in his National Day message this morning (9 Aug).

Once it’s completed, it will become a gleaming red dot in our metropolis and the new central focus of Downtown Singapore.

Let’s take a look at what NS Square will have in store for Singaporeans down the road.

In his National Day message, PM Lee said audiences of past National Day Parades were treated to the view of the Marina Bay skyline in the background. 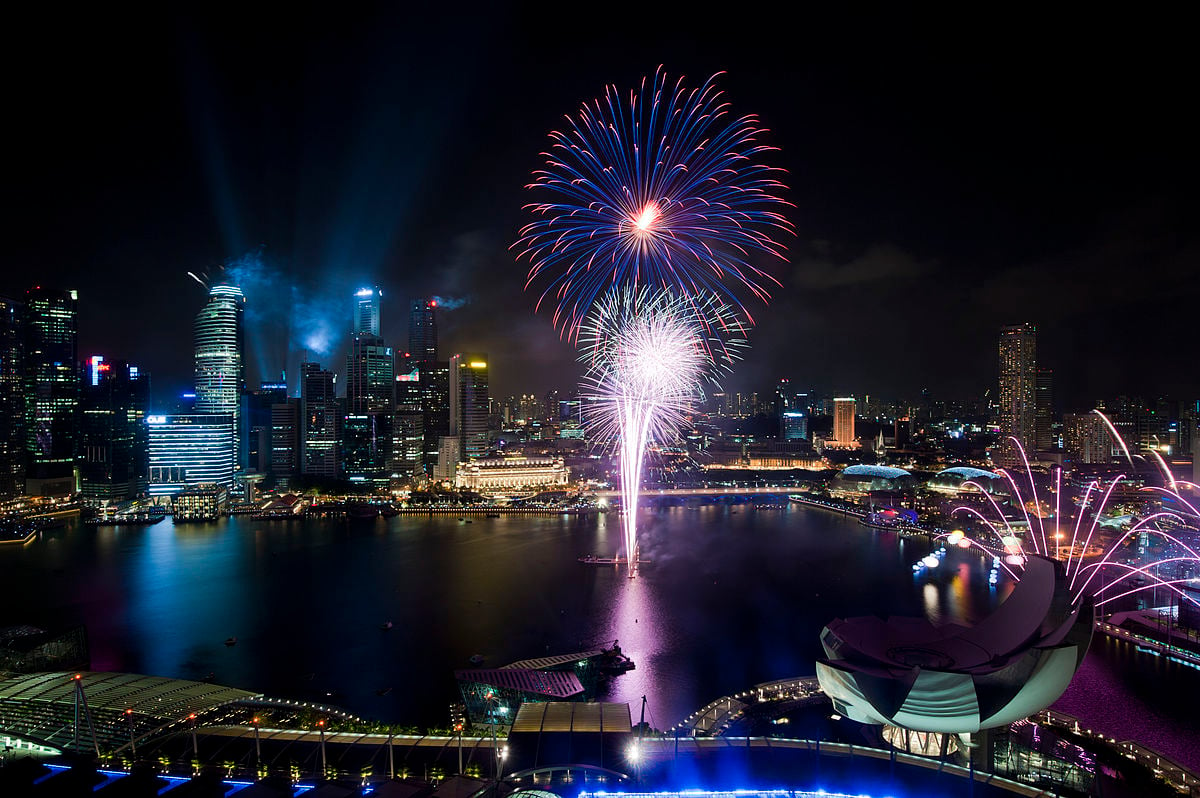 When one looks across the bay, they can immediately see how far Singapore has come, he quipped.

Likewise, when NSmen hold their passing out parades there, they can better understand what they are defending and why generations of servicemen have been willing to serve and sacrifice, to defend this metropolis and society together.

Very soon, servicemen will be gathering at a brand new NS Square — a platform built to celebrate NS, and a community space for the old and young to gather.

PM Lee then revealed artist’s impressions of the area for the first time.

He said development will be aligned on a central axis, with The Promontory on the opposite side of Marina Bay.

The platform will become a red dot shining bright in our city, NS Square will be central focus of our new Downtown.

They will also build a gallery there to showcase the NS story, and honour the contributions of NSmen past and present.

PM Lee continued in his speech,

NS Square will also be a community space for everyone, young and old, to enjoy. And of course, we will continue to hold our National Day Parades there.

Red dot within a red dot

After years of alternating between The Padang, the old National Stadium, and the Float at Marina Bay we’re one step closer to seeing NDP having a permanent home.

With NS Square positioned to the city’s red dot, we can’t help but be reminded of Inception’s “a dream within a dream”. Except in this case, it is a “red dot within a red dot”.