Last Saturday (3 Nov), MINDEF released a statement about a vehicular incident at Jalan Murai training area. Full-time National Serviceman Private Liu Kai (PTE Liu) was inside a Land Rover when a Bionix vehicle “reversed into it”. He passed away shortly after the accident, succumbing to his injuries within 25 minutes.

Two days later (5 Nov), a photo of what appears to be the accident site surfaced on Facebook and WhatsApp. The photo shows a Bionix vehicle resting half its weight – a massive 23 tonnes – on an irreparably crushed Land Rover.

To respect PTE Liu’s family, we have decided not to post the photo but it has been shared freely on social media sites.

Some comments in the Facebook post echoed such a sentiment. They asked for the photo to be taken down for the sake of the family and to prevent unnecessary speculation about the accident.

Other comments, however, prioritised knowing the ‘truth’ about what really happened.

We spoke to 2 reservist personnel serving in Armour Units and asked for their thoughts about the incident.

According to them, it only takes a week, sometimes less, to be licensed to drive a Bionix vehicle. One of them, a commander, told MS News that because he had so many other duties to attend to, there was very little time to practice driving the vehicle.

He also said that for a vehicle of such size and speed – it can go up to 70km/h – more training could be given. 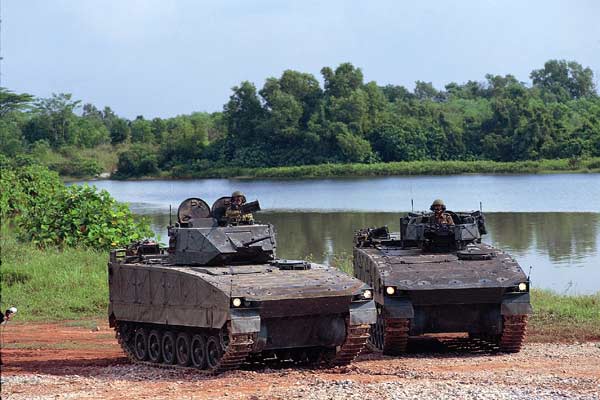 The other personnel brought up oft-raised issue of servicemen not getting enough rest.

He recounted not getting enough rest on during many out-of-camp exercises — at least not the stipulated uninterrupted 7 hours. But even when they don’t get enough rest, no one really wants to admit it for fear of punishment or inconveniencing the rest.

So the solution, he continued, may not be about setting more regulations in place, but about creating a culture that actually abides by those regulations.

Most of all, both agreed that this incident is a standalone case, and most probably an accident — to which sharing the photo would be inappropriate and not as per army protocol.

MINDEF responded to our query on Facebook saying that they have yet to confirm the authenticity of the circulating photo.

As for the photo, there is no doubt that it will continue to spread given how dire the accident looks. We can only hope that people will respect PTE Liu’s family and not speculate about the causes or circumstances of the accident until official statements are released.

Learn more about the incident here: 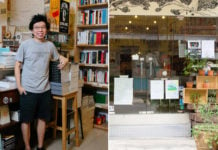 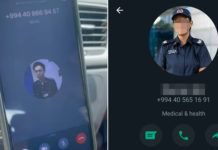