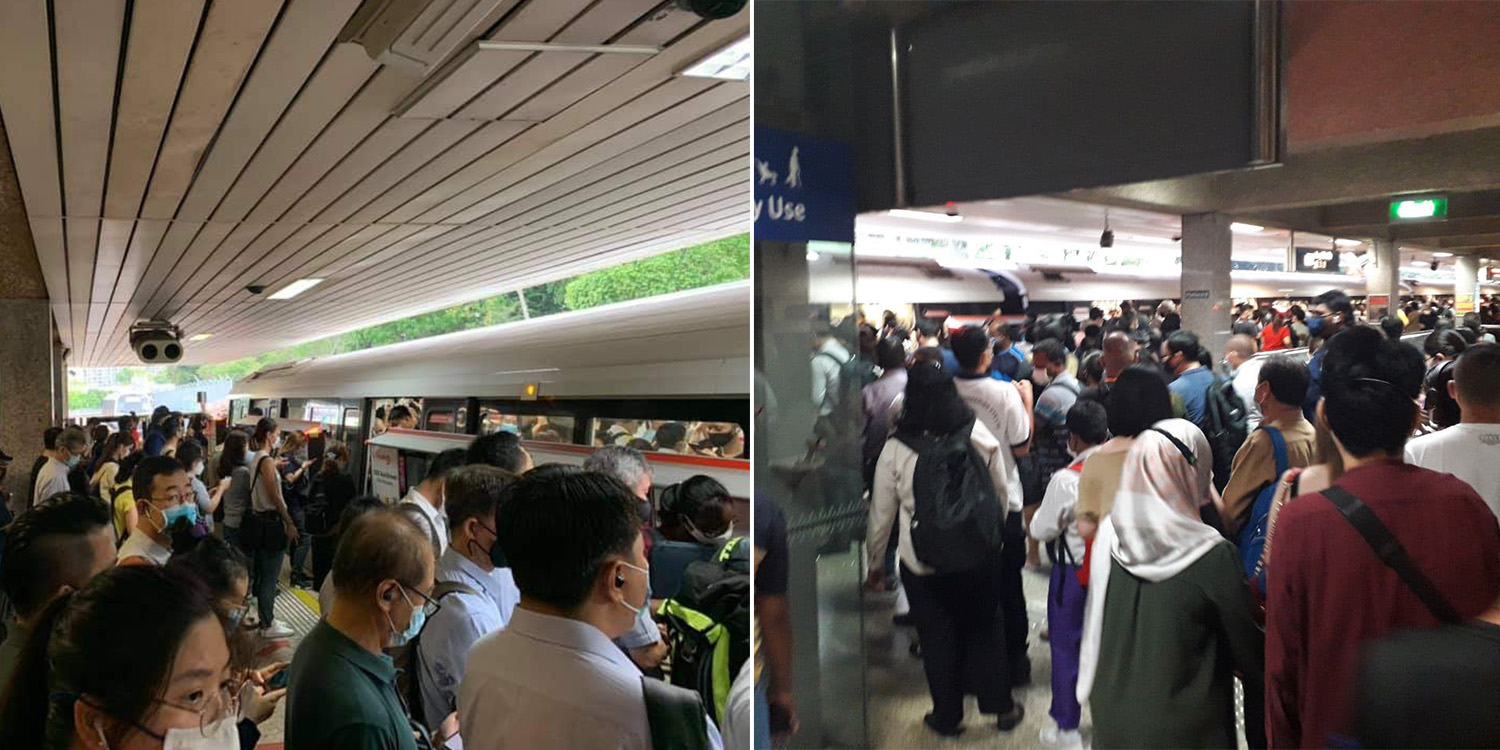 UPDATE (10.28am): SMRT has successfully reset the signalling system, according to a Twitter update. Train services are expected to resume progressively from now on.

Several MRT stations along the North-South Line (NSL) were a sea of people as a signalling fault between Newton and City Hall occurred on Monday (29 Mar) morning, SMRT said. This comes a day after the North-East Line (NEL) faced disruption due to a power fault.

Passengers are advised to add up to 45 minutes’ travel time between Bishan and Raffles Place stations as there is congestion.

As of 8.50am, the added congestion time is still in place, according to SMRT’s Twitter.

Engineers are working to fix the issue.

An MS News reader sent us images of the congestion, which has been occurring since the start of service.

At 7am, commuters were already warned that those taking the NSL would experience 35 minutes’ longer travelling time. 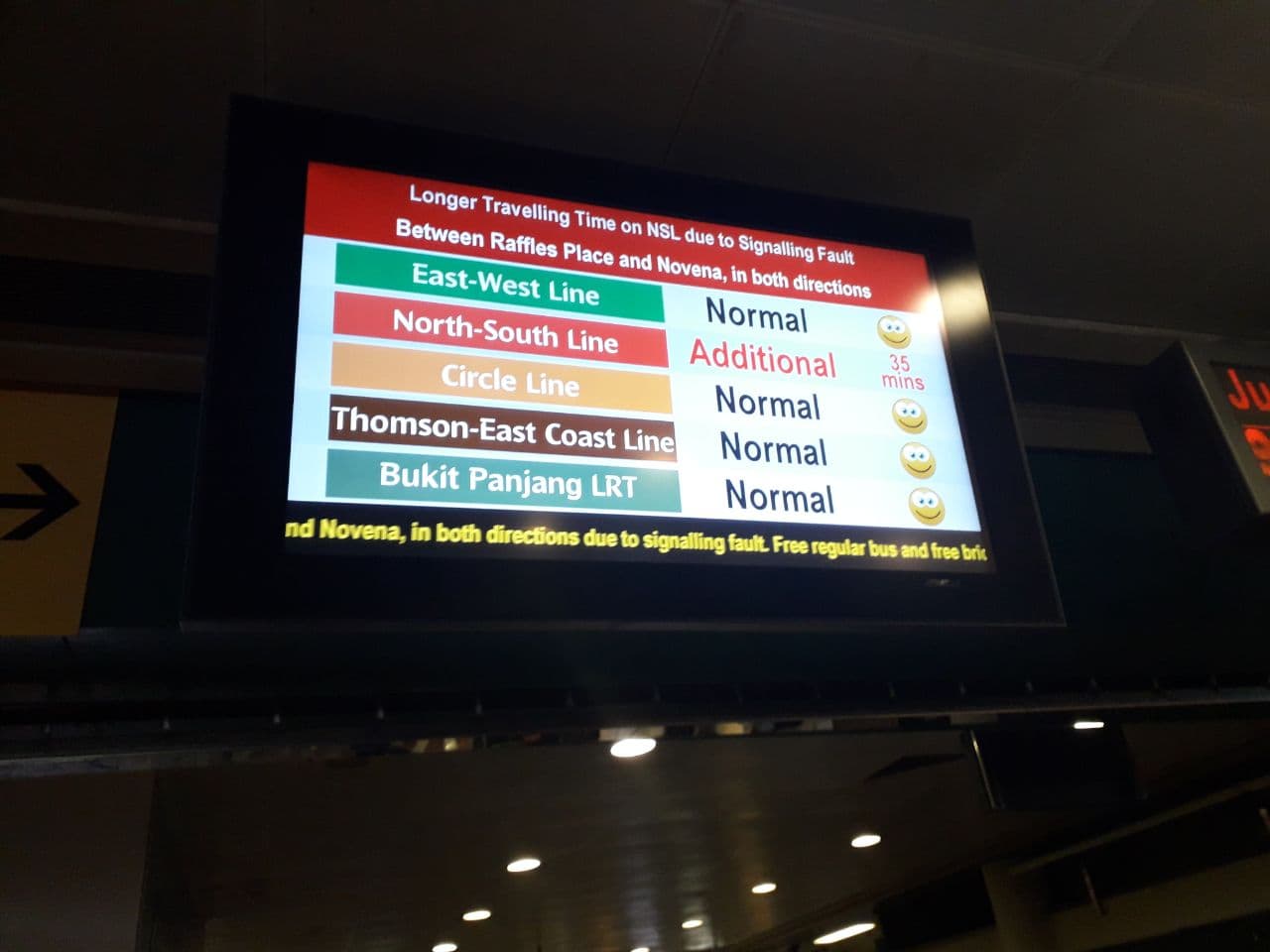 As SMRT warned in its Facebook post, there was an unusual amount of people at Ang Mo Kio MRT waiting to board the train. The situation appeared to not have improved by 8am due to morning rush hour.

Ang Mo Kio continued to be one of the stations facing congestion during this hour. SMRT’s last update at the time of writing was at 8.50am, and contains the warning for 45 minutes’ added travel time between Raffles Place and Bishan MRT stations.

Commuters were also advised to use alternative MRT lines to get to their destinations, or free bridging bus services.

This is a developing story, we will update the article when more info is available.

Featured image adapted from Facebook and an MS News reader.