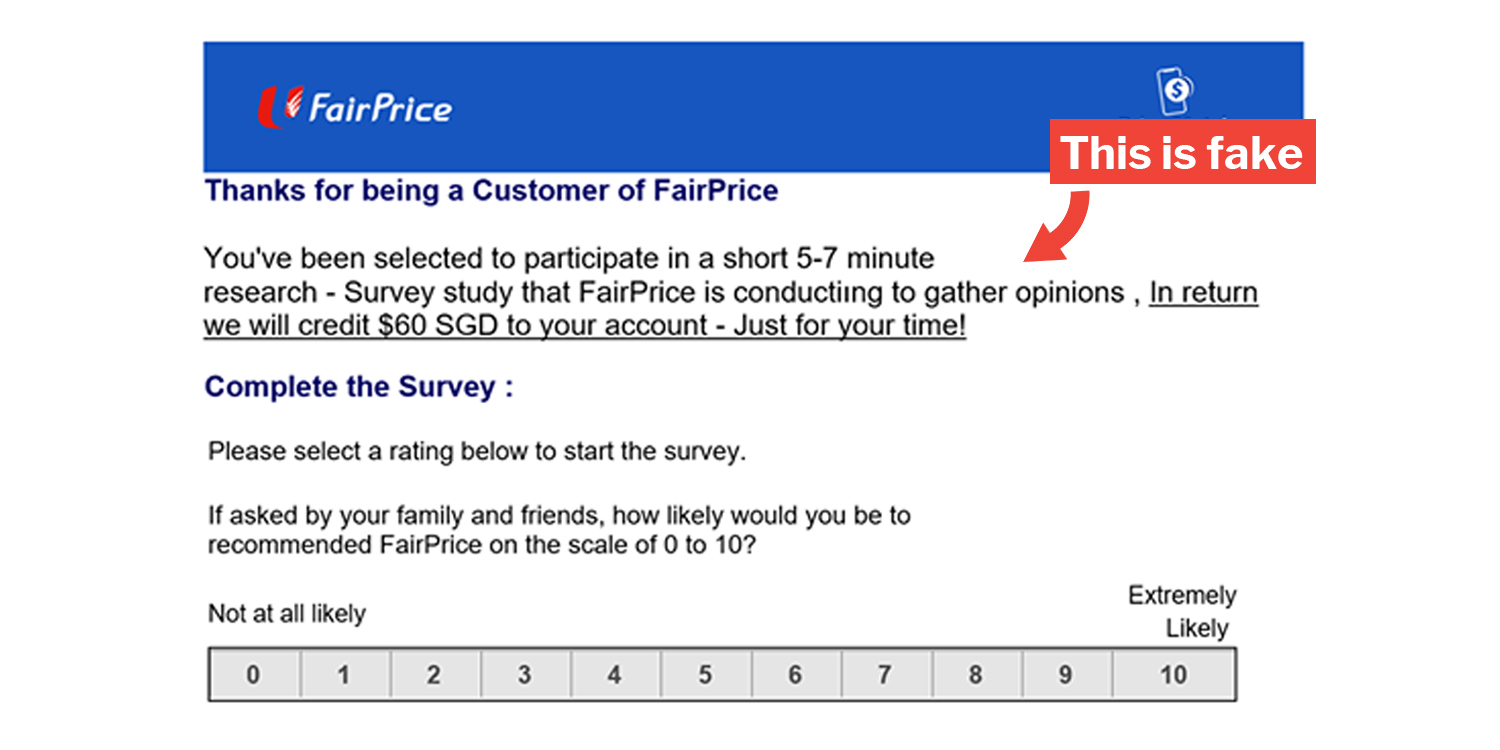 “If it’s too good to be true, it probably is” — chances are, you must’ve heard of this saying at some point in your life.

But if you need further proof of how true this, here’s an example.

Apparently, a scam has reemerged, asking Singaporeans to fill up a survey on behalf of NTUC. In return, $60 will be credited to the participant’s account. 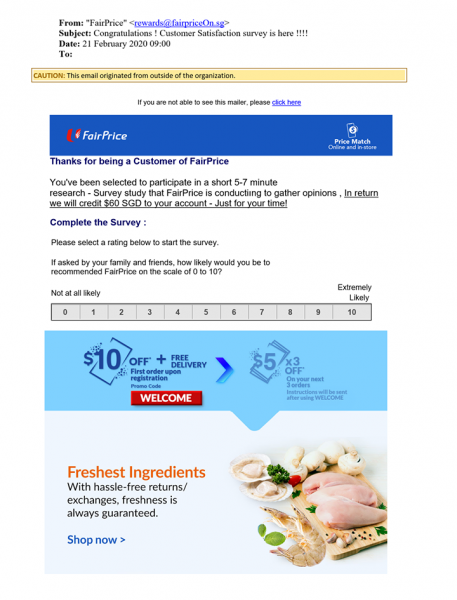 On Friday (21 Feb), NTUC FairPrice issued an advisory via its Facebook page, urging Singaporeans not to fall prey to the scam and to be extra vigilant.

According to the advisory, potential victims would receive an email from the address “[email protected]” with the subject “Congratulations! Satisfaction survey is here!!!!”.

Not sure why there’s a need for multiple exclamation marks. Perhaps the scammers thought it would make them look more legit!!!!

In the email, potential victims would be asked to participate in a “short 5-7 minute research” that NTUC Fairprice is conducting.

For their effort, participants will have “$60 SGD” credited to their accounts.

This is fake, duh

In the advisory, NTUC Fairprice categorically denied being involved in the survey.

While NTUC did not disclose how victims were scammed, they advised customers to verify the authenticity of messages they receive before disclosing sensitive and personal information.

Similar scams started circulating from as early as July 2019

If you found the scam to be oddly familiar, here’s why.

Apparently, this isn’t the first time that such a scam has circulated online.

According to NTUC Fairprice’s advisory, similar scams were seen as early as July last year. 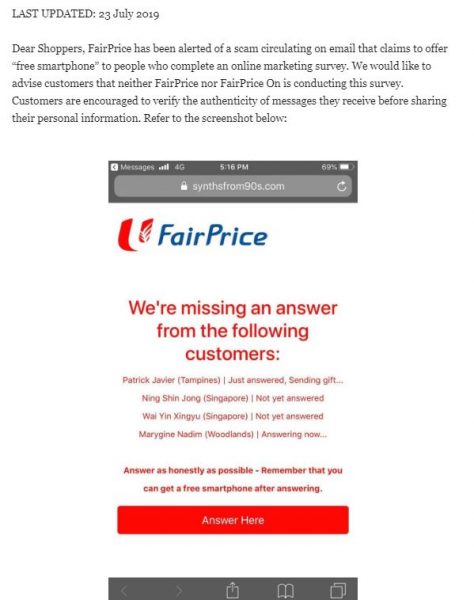 While the reward for completing the survey has changed over the months, the mechanism and nature of the scam appear to be rather similar.

Do not disclose private information easily

Like other scams that have been making rounds of late, this scam promises a reward that’s too attractive to be true.

Should you encounter such dodgy messages, be extra vigilant and do not disclose sensitive and private information like your NRIC and credit card information easily.