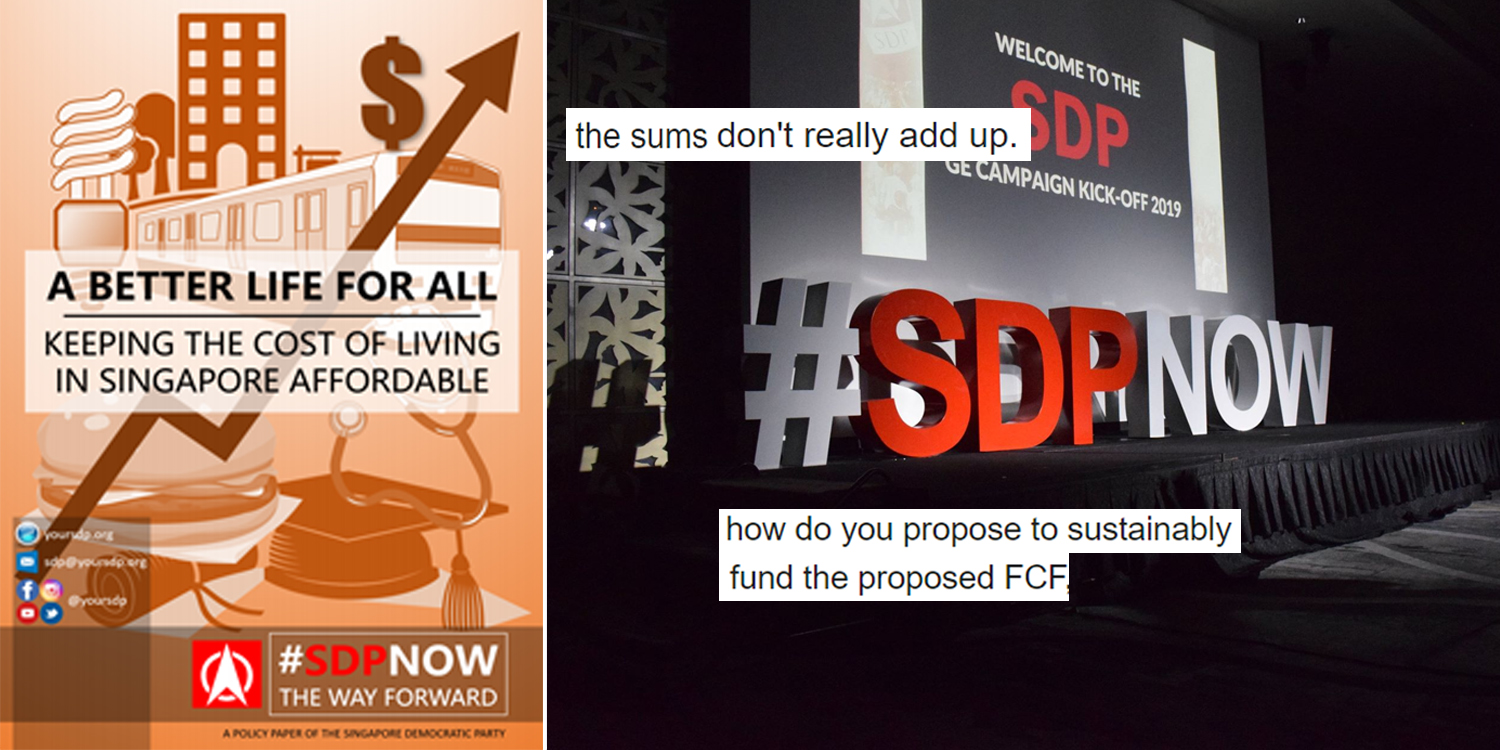 Policy manifestos are long and tedious. They are often full of words and numbers not common to daily conversation.

Because of that, errors may sometimes be glossed over.

Facebook group NUS Students United – likely a group of students from the National University of Singapore (NUS) – claims to have picked out a few in the Singapore Democratic Party’s (SDP) 2019 policy paper. 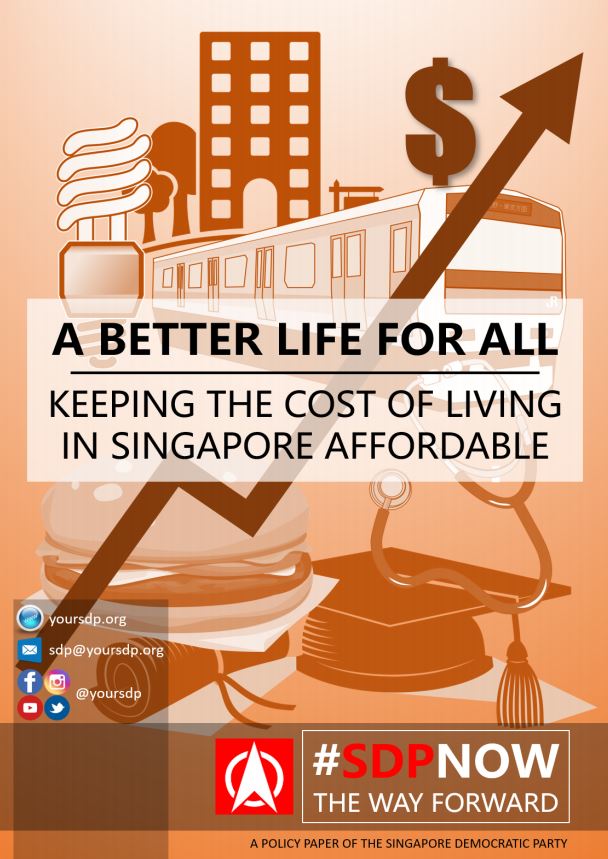 Under section G of the policy paper, which discusses ways of bringing down costs of living, SDP suggests to cut ministerial pay.

Cutting ministerial salaries will, according to the paper, free up about $10 million to $12 million a year. SDP proposes that this money go to a “Family Credit Fund”.

The fund will push the combined incomes of lower-income families from $2,000 and below to $2,300. This means providing each family at least $300 each month.

NUS Students United did the math using numbers from Singstats:

And that’s $32 million per month – or $384 million per year – in funding required, while the ministerial salary cut will only free up at most $12 million a year.

Granted, SDP did write that they will support the fund using other revenue-generating measures. But will that be enough to make up for that shortfall of over $350 million/year?

Other problems with SDP’s proposals

The student group went on to explain a few other parts of the policy paper they thought were problematic.

SDP also proposed to raise income tax on the rich from 22 to 28%.

Why the estate tax so high?

The student group is also suspicious of the estate tax which SDP wants to re-implement.

SDP wants the threshold set at $20 million — that is, only properties worth $20 million or more will be taxed. That’s a ridiculously high figure. The student group asked,

Is this a political choice to not hurt your electoral chances in the wealthy Holland-Bukit Timah area?

But the student group questioned how the SDP plans to sustain their proposed Family Credit Fund after having cut out such a huge source of government revenue.

SDP’s chairman and NUS professor Mr Tambyah commented on the post as a direct response to the group.

He thanked the student group for raising the issues and linked them to an article that purportedly explains the numbers in the policy paper.

The article was written by academic Donald Low, and is titled, “Why Hong Kong and Singapore should tax wealth more”.

However, while the article attempts to support raising income taxes, it does not consider the complexities involved when doing so — which was the issue raised by the student group.

Not so simple as lowering prices & raising taxes

Many SDP’s proposals seem be direct and common-sense solutions to the common woes of Singaporeans.

But solutions that concern the entire country are not usually not so simple as raising or lowering a bar. Everything affects everything else, so doing one thing may result in something entirely different from what you had expected.

At the very least, SDP is making suggestions. And suggestions, when refined, lead to improvement.