NUSrejects.com Bringing You To NTU Is The Best Prank Of 2018

If the National University of Singapore (NUS) rejects you, where do you go?

And what if NTU rejects you?

Well, NTUrejects.com has a suggestion too — NUS. 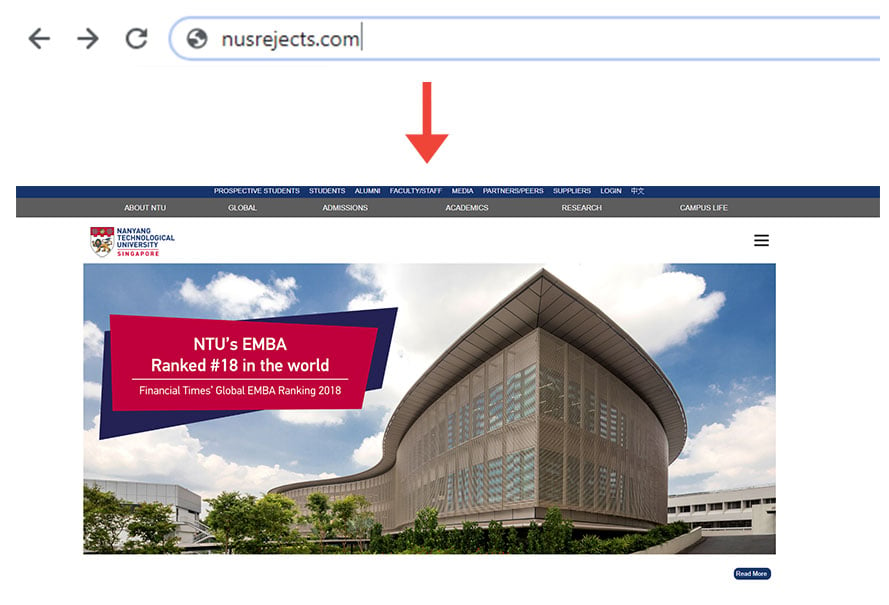 These redirecting domains seem to be poking fun at a common stereotype — that being in one university somehow means that another had rejected you.

No local university left out

Whoever was behind all of this took a jab at the other local universities too.

SMUrejects.com redirects you to Prudential’s homepage. Why’s that? Because being an insurance agent — or ‘financial advisor’, as they prefer to be called — seems to be the next best alternative to ‘appearing’ like a suave, sharp-suited poster student from Singapore Management University (SMU).

SUTDrejects.com redirects to the Samaritans of Singapore (SOS) homepage — an organisation seeking to prevent suicides. Clearly, the owner of this domain does not think very highly of SUTD.

Entering SAFrejects.com takes you to SMRT’s homepage, which makes amusing sense considering how the top rungs of SMRT are dominated by ex-military personnel.

This final domain stands out from the others. So there is a chance that the domains are not all owned by the same person. Someone may have caught the news early and purchased domains to produce similar satire. After all, it isn’t very expensive to purchase such a unique domain. For example, SMRTrejects.com is going for a mere $1.49 per year!

We’ll be waiting to see if that gets snatched up in the coming days.