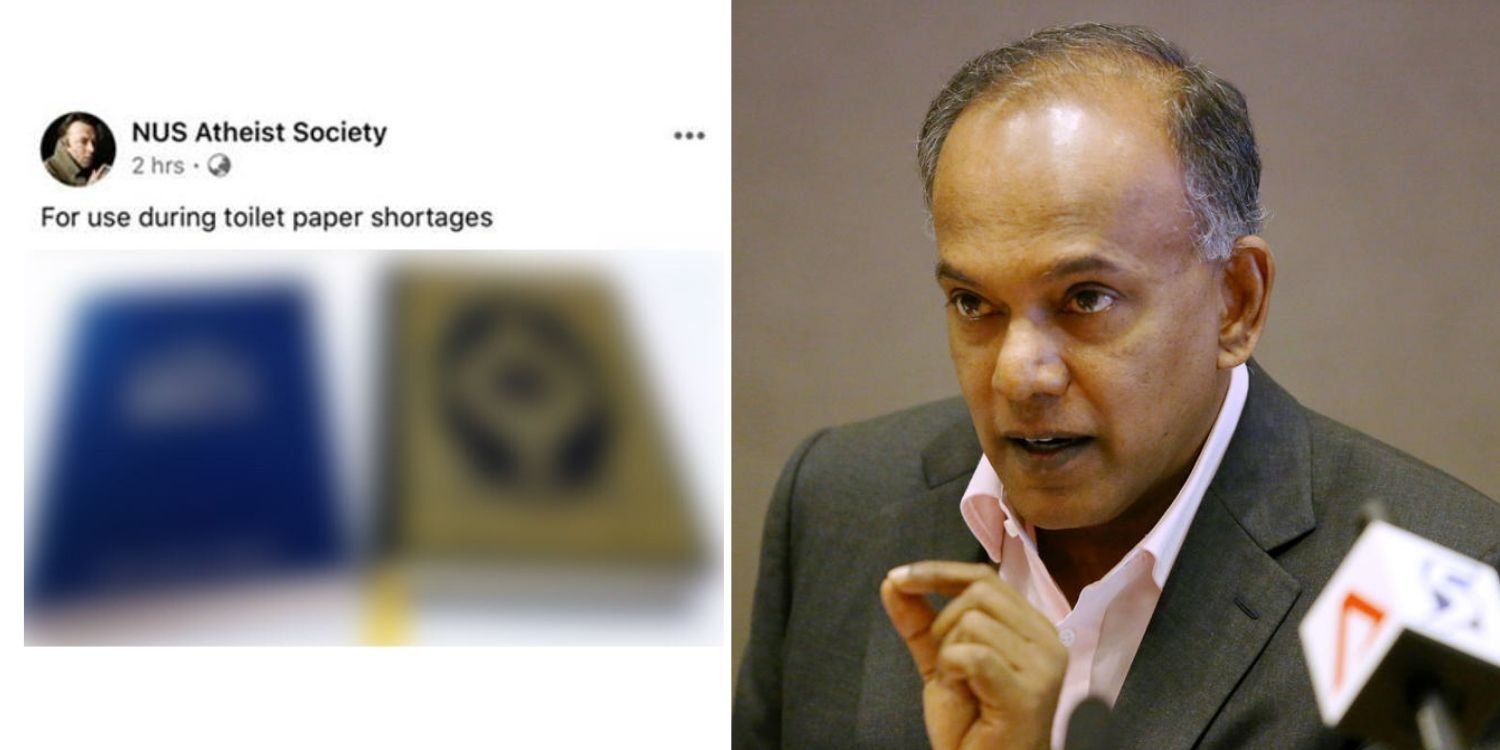 Religious discrimination will not be tolerated in Singapore.

UPDATE (21 Mar): According to TODAY Online, the man allegedly behind the post is a member of the Progress Singapore Party (PSP).

PSP Head Tan Cheng Bock stressed that PSP is not affiliated with the NUS Atheist Society, and has already suspended the man’s membership with immediate effect, with “further necessary actions” to be taken post-investigation.

The National University of Singapore (NUS) has also issued a statement to clarify that it is not linked to the Facebook group.

Across the world, Singapore is famous for being a multi-racial and multi-religious society. And the reason why we can live so harmoniously for so long is due to years of cultivating respect, understanding and tolerance for each other.

Hence, it is no surprise that the government takes disturbances to this equilibrium very seriously.

The post in question suggested for viewers to use either a bible or the Quran as a toilet paper replacement, “for use during toilet paper shortages”.

Mr Shanmugam shared a blurred out image of the post and labelled it “very offensive”. 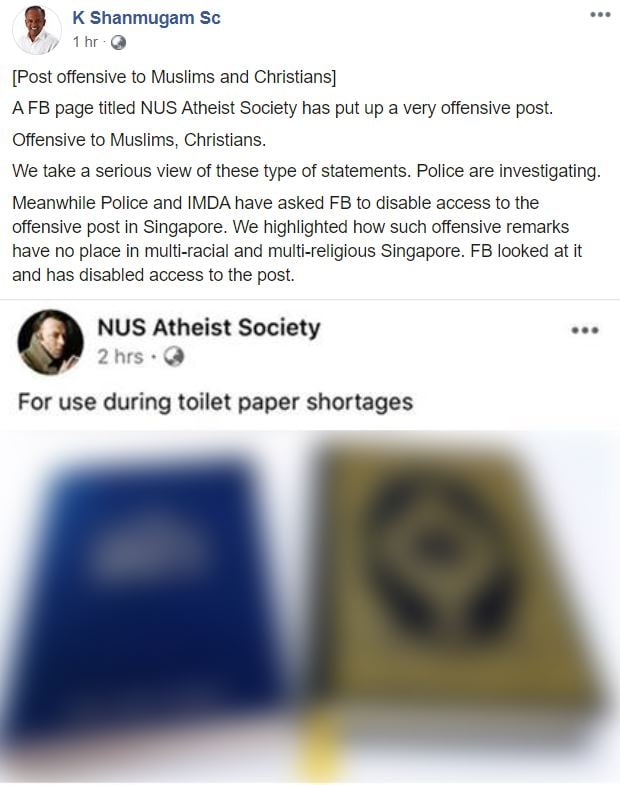 He said that the post was offensive to Muslims and Christians, and stresses:

We highlighted how such offensive remarks have no place in multi-racial and multi-religious Singapore.

According to Mr Shanmugam, the police are currently investigating the case.

A quick check back to NUS Atheist Society shows that author of the post remains unrepentant.

In response to his photo being restricted, the author sarcastically gave thanks for being convicted of ‘thoughtcrime’. 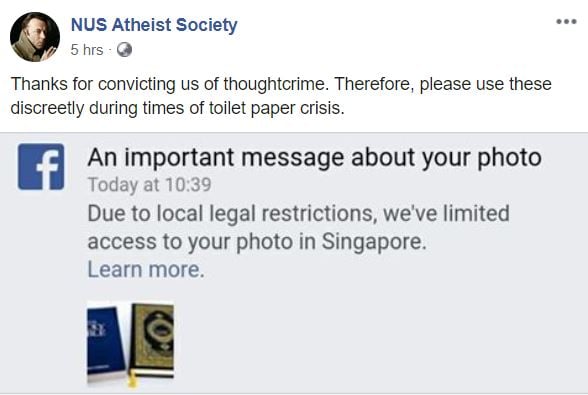 He continued to urge viewers to ‘discreetly’ use the bible and Quran in times of toilet paper crisis.

Tone-deaf, offensive remarks have no place in Singapore

Mr Shanmugam is right to say that such offensive remarks have no place in multi-racial and multi-religious Singapore.

In such a society, respect, consideration and understanding is what we need instead.

After all, we’ve pledged ourselves as one united nation, regardless of race, language or religion.