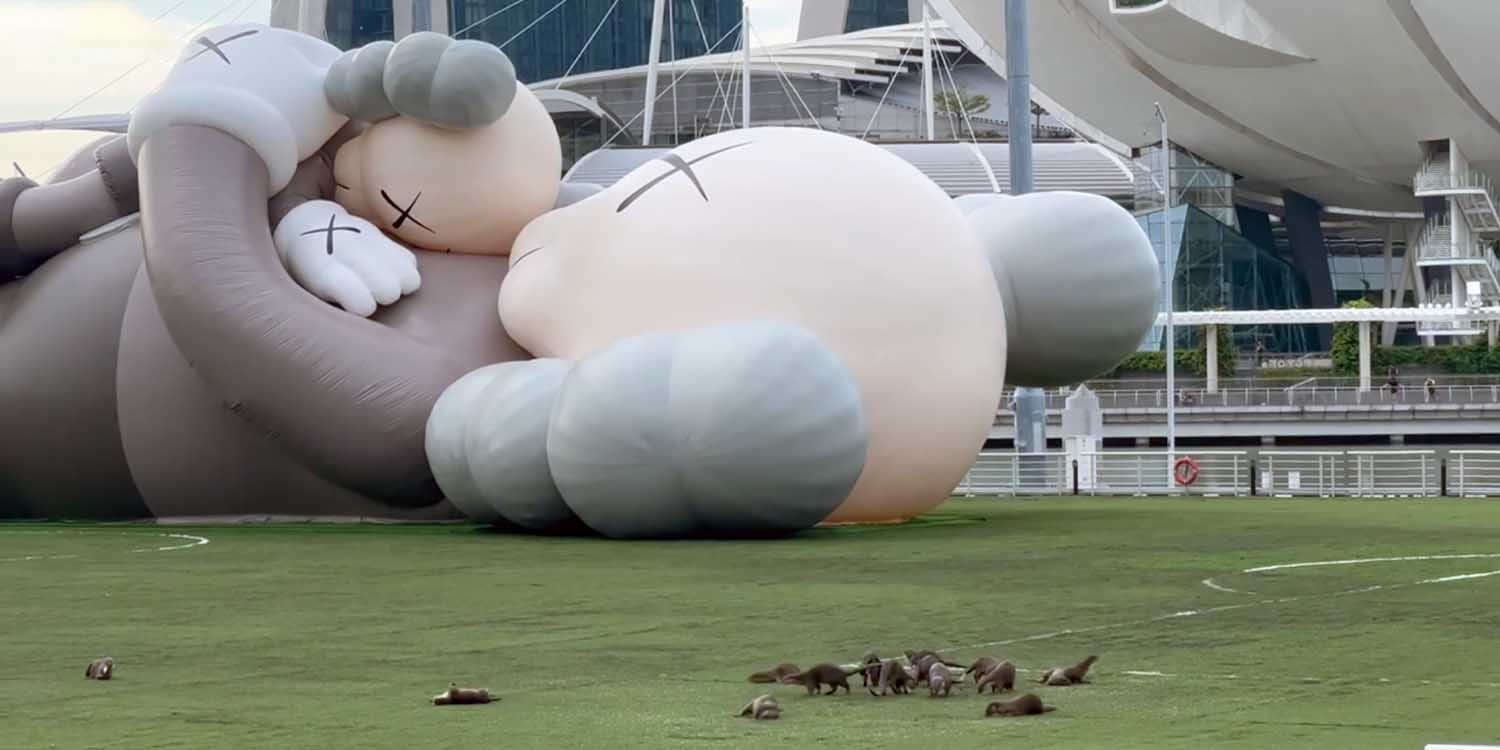 If you passed by The Float at Marina Bay in recent days, you might have spotted the highly anticipated KAWS: Holiday exhibit.

And it looks like we are not the only ones excited about the event.

On Sunday (14 Nov), Facebook page Omni Channel shared a video of a family of otters visiting the Floating Platform as they run past the inflatable Kaws figurine.

With the event stalled due to a court order, it looks like these will be the only visitors allowed to the exhibit for now.

Otters get onto platform for closer look at KAWS: Holiday exhibition

In the 3-minute video, many cyclists and passers-by popped by the Floating Platform to admire the KAWS: Holiday exhibit from afar. 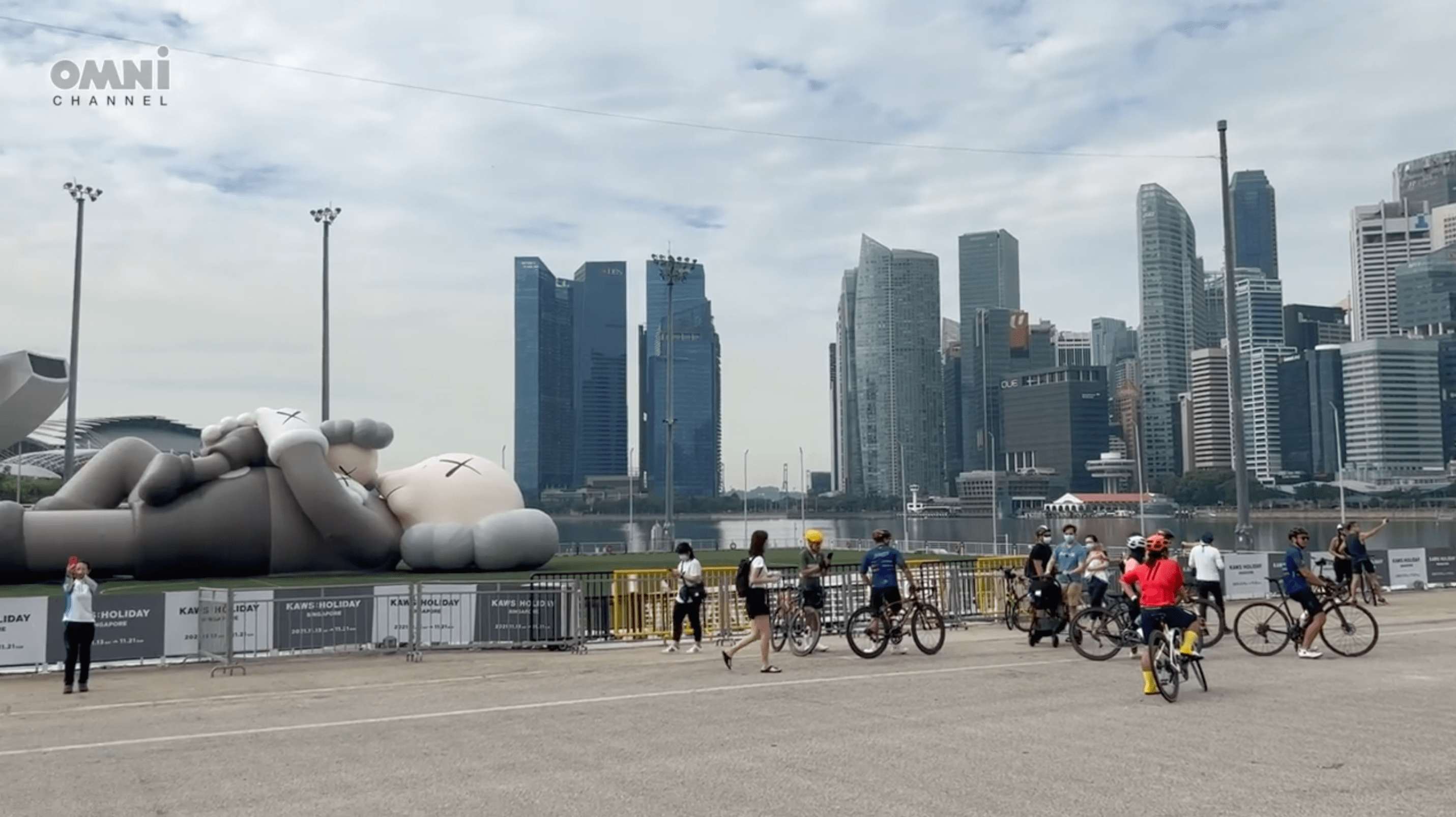 Barriers appeared to be put up to prevent people from entering the exhibit. But this did little to stop some otterly enthusiastic fans from visiting it.

At the 14-second mark of the video, an otter family could be seen swimming by the platform, bobbing their heads to sneak a peek at the exhibit.

The otter family then decided to get a closer look at the art installation, making their way onto the platform.

Chilling blissfully on the field

After a short while, the otters appeared to have seen enough of the KAWS: Holiday exhibit.

They then decided to make themselves at home by rolling around lazily and basking in the sun—the very image of otter bliss.

At one point, a couple of birds stopped by to join in the fun, casually chilling amongst the otters.

It was an adorable sight as the family of at least 14 otters played around with the backdrop of the Kaws exhibit. 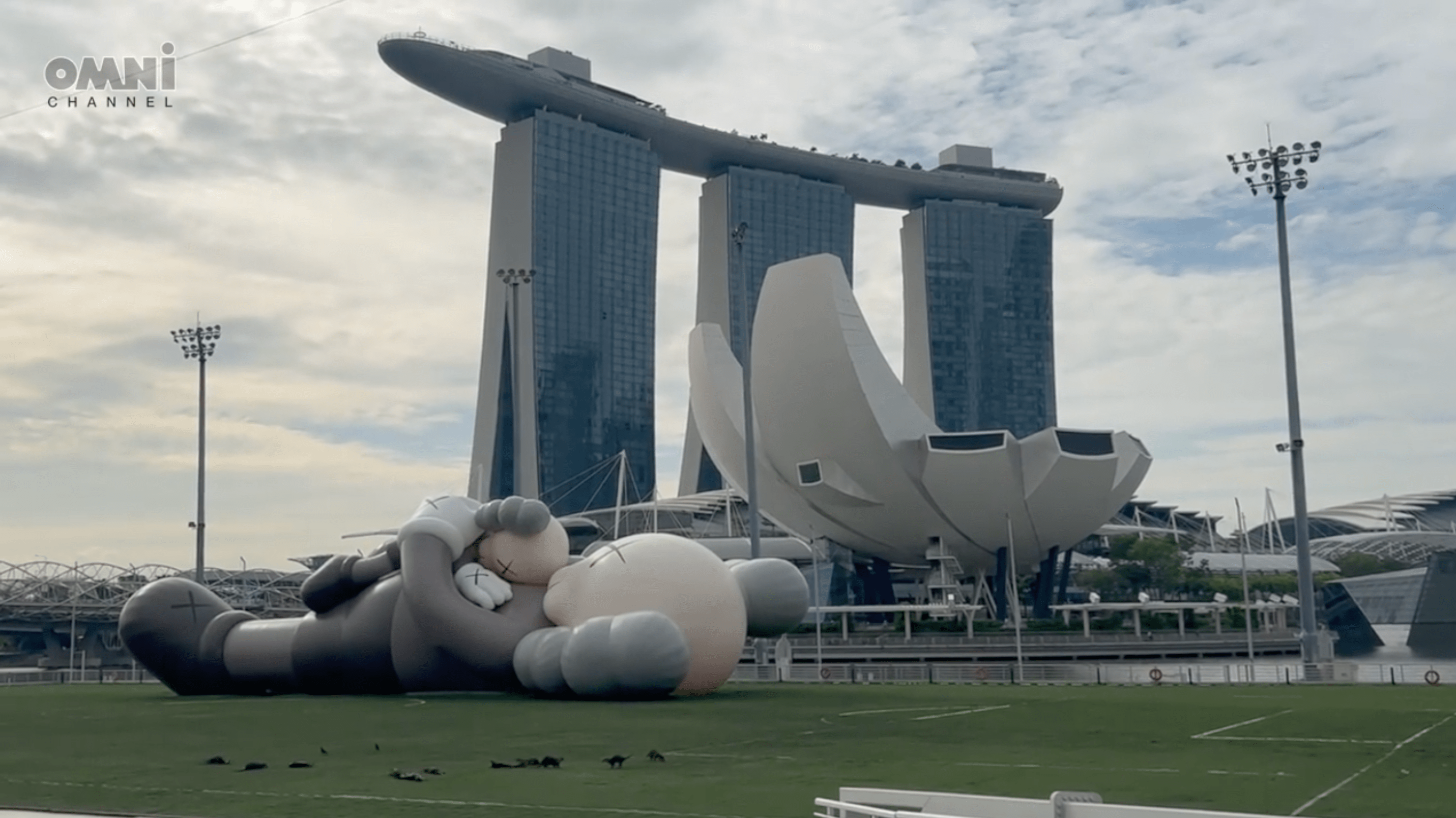 The video then cuts off as the otters move to the other side of the floating platform to continue with their playful antics.

The KAWS: Holiday exhibition was initially scheduled to open to visitors today (14 Nov).

However, one day before the event, the organisers received a court order to stop the exhibition.

The organisers are now planning to challenge the court order.

Nonetheless, it looks like the otter family will be the only visitors allowed to the event for a while.

Massive artwork still up as of 14 Nov

Many may be disappointed that the long-anticipated KAWS: Holiday event has been put on hold.

But it looks like they still had a ‘grand opening’ with these VIPs visiting the exhibit.

It is still unclear if the exhibit will be taken down, but if you’re hoping to catch sight of it, you might still have a chance. As of today (14 Nov), the artwork remains on the floating platform.