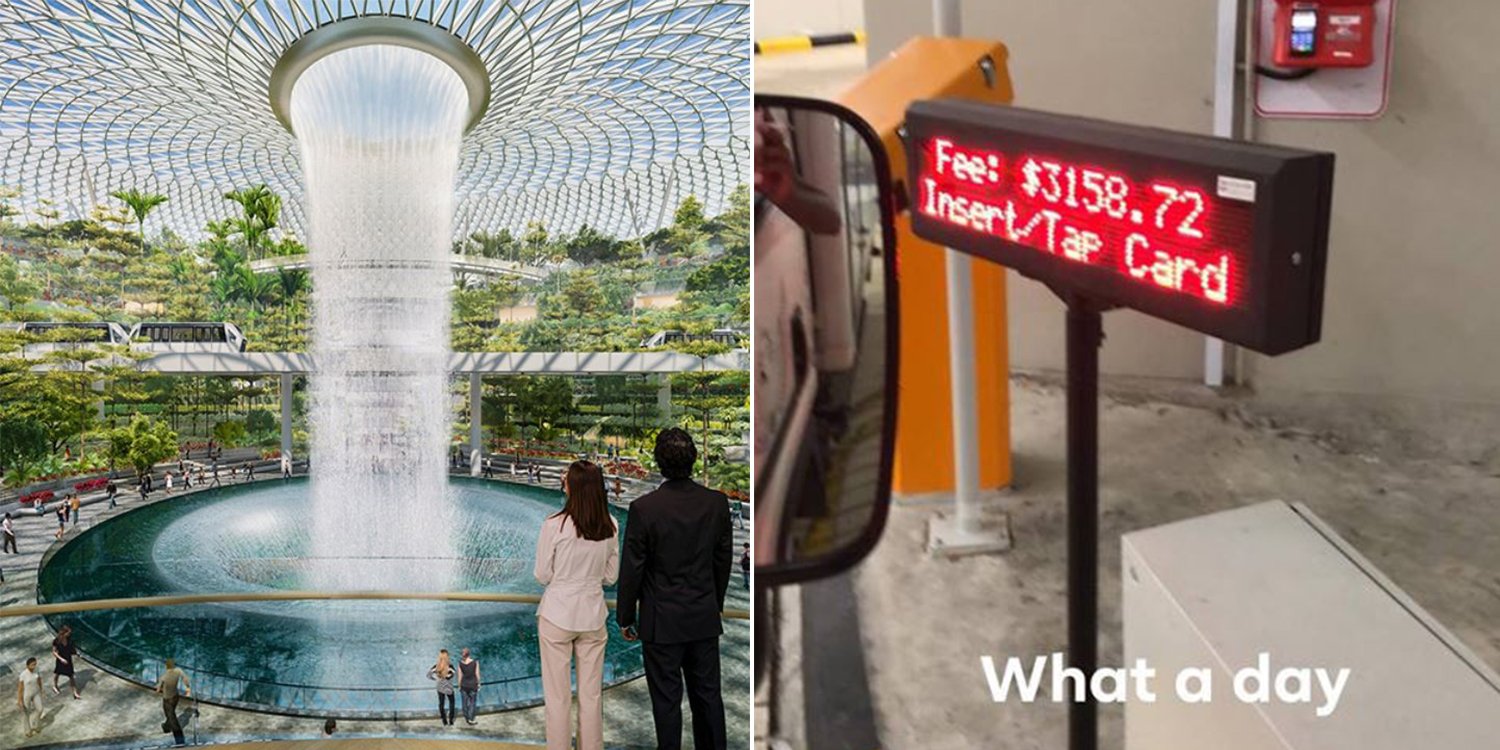 Update (26 Apr, 8pm): Jewel Changi has confirmed with us that the incident did occur at their loading/unloading bay. However, as there was no record of the vehicle leaving their premises, the charge snowballed to the next time they visited on 24 April. They advise drivers to ensure they don’t tailgate cars in front of them, so all entrances and exits are recorded properly, to avoid similar errors at the gantry in the future.

Update (26 Apr, 3pm): The person who uploaded the original post has reached out to us. He clarifies that he encountered a “gantry error” at Jewel’s loading bay and shared the picture online.

Jewel Changi is Singapore’s newest addition to our prized airport.

The glitzy supermall is also home to many exciting flagship stores opening for the first time in Singapore to rave reviews. The authorities literally had to open an extra lane for PIE to be less jammed, on the day of the preview.

Understandably, parking within the building could be expensive. But a Singaporean man uploaded a picture of a parking gantry figure in a Facebook post on Wednesday (24 Apr), that left many of us bamboozled.

The picture depicts a $3,158.72 fee for parking at Jewel Changi, with a simple caption “What a day”. 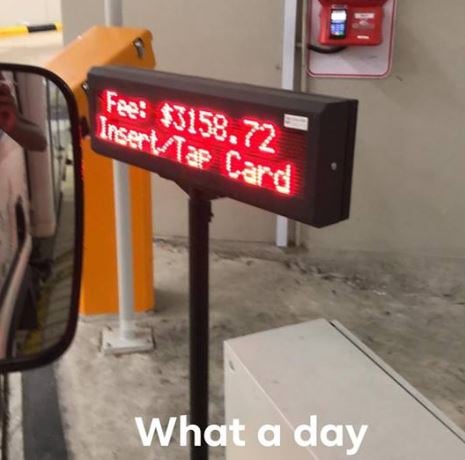 The picture has received 5.1k shares at the time of writing, although the authenticity of the photo cannot be verified. We’ve reached out to Jewel Changi to check if it is true.

In the meantime, let’s look into how long it would take in theory to accumulate a 3 thousand-dollar parking bill.

How long did he stay

This is what we found from the Land Transport Authority, so we’ll be doing our calculations using these values provided on the website. 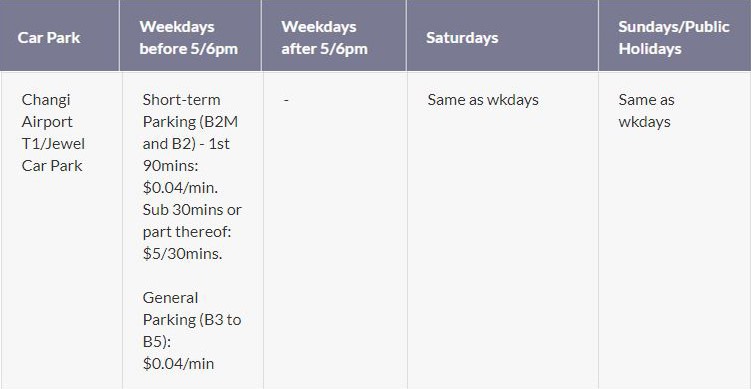 As there are alternate prices, depending on which day or time a person parks their car there, we’ll try our best to break it down for you.

Assuming that he parked using the general parking price, he would have stayed for 78,968 minutes. This means he stayed for a whopping 54 days.

This would have amounted to him staying for around 13 days plus the negligible 90 mins.

There must have been a legitimate reason why he was staying there.

From an undisclosed source, here is what was sent to us. Apparently, he parked there and went for a holiday only to realise that this was the cost he incurred from parking there for “632 hours”.

This translates to 26 days — a highly unrealistic time period for a vehicle to remain at Jewel Changi for any reason. 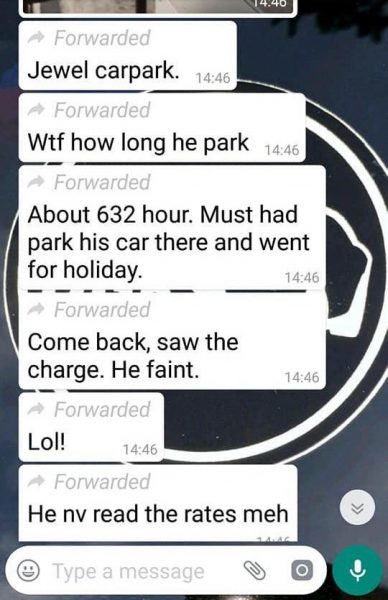 Here’s what we think. Looking at the photo clearly, we can see that he was driving some form of a truck from the reflection on his side mirror.

Perhaps he was in charge of transporting goods and was required to park his vehicle there while waiting for a shop to be fully set up?

Of course, this is pure speculation for the sake of solving this math equation. Do feel free to sound out in the comments if you have any plausible theories.

It could be the long queues

Everyone has their own opinion about how this occurred but this hilarious response from a witty netizen stood out to us the most.

Her theory is that the ‘1-month parking fee’ was due to long queues at the newly opened A&W, Shake Shack and Pokemon Centre in Jewel.

Plus points for the immersive Jewel experience. Do note that this comment was likely satirical by the way.

May not be Jewel Changi

With all that said, this may not even be Jewel Changi as there is only one picture with the caption being “Jewel”.

While unlikely, it could be possible that this vehicle’s owner had chosen to park there for a 13-26 day duration, regardless of when Jewel opened.

To confirm this, we have reached out to Jewel Changi for further information. Hopefully, they can clarify if the incident indeed happened at Jewel Changi Airport.

But until then, we can’t be sure if this actually happened or not.