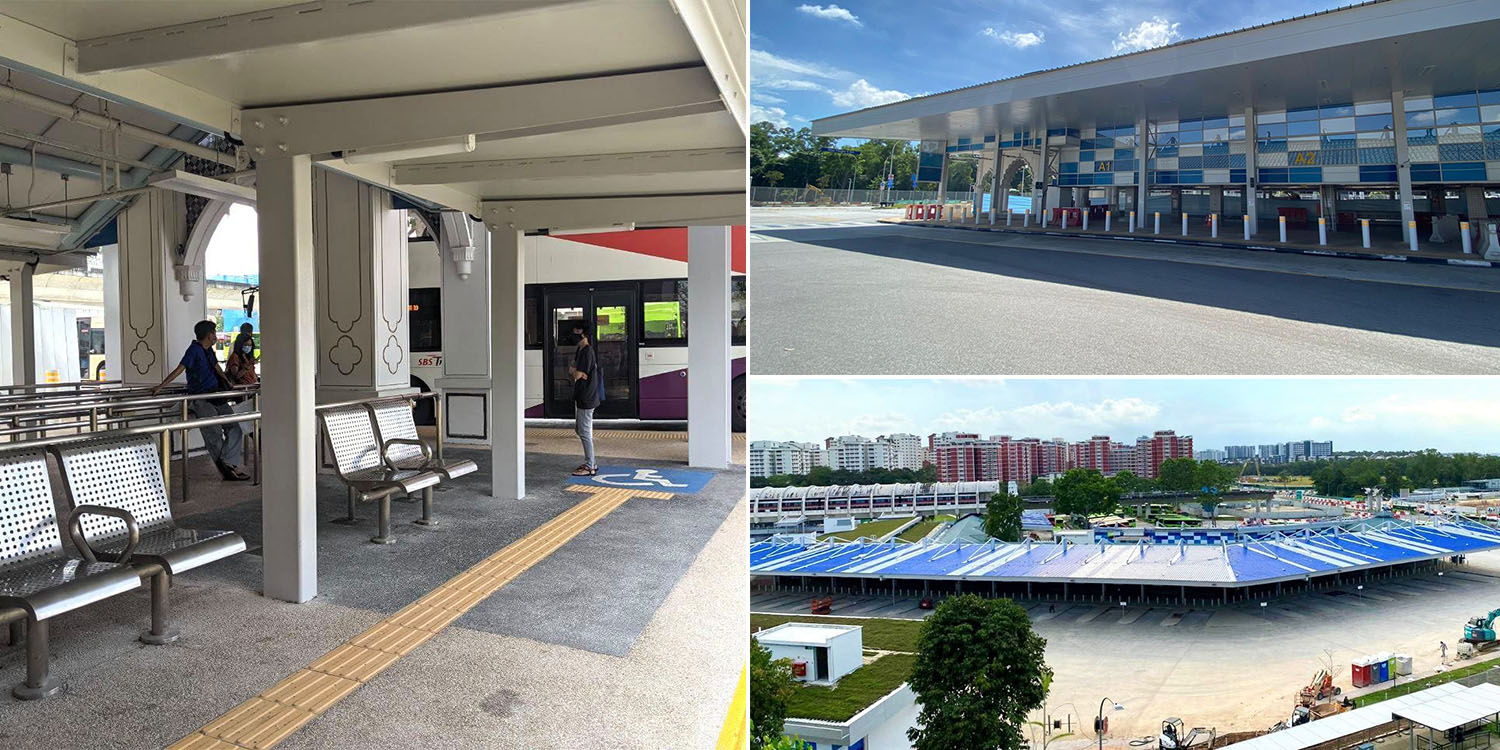 Part of the existing interchange will be demolished.

Now, the area is undergoing a makeover. Frequent travellers there should note that while there will be no changes to the bus routes operating there, some services will have new boarding and alighting berths.

In a press release on Sunday (20 Jun(, the Land Transport Authority (LTA) said that from 3 Jul onwards, the reconfigured Pasir Ris Bus Interchange will commence operations.

The reconfigured interchange will be made up of part of the existing bus interchange and connect to a new section along Pasir Ris Central. 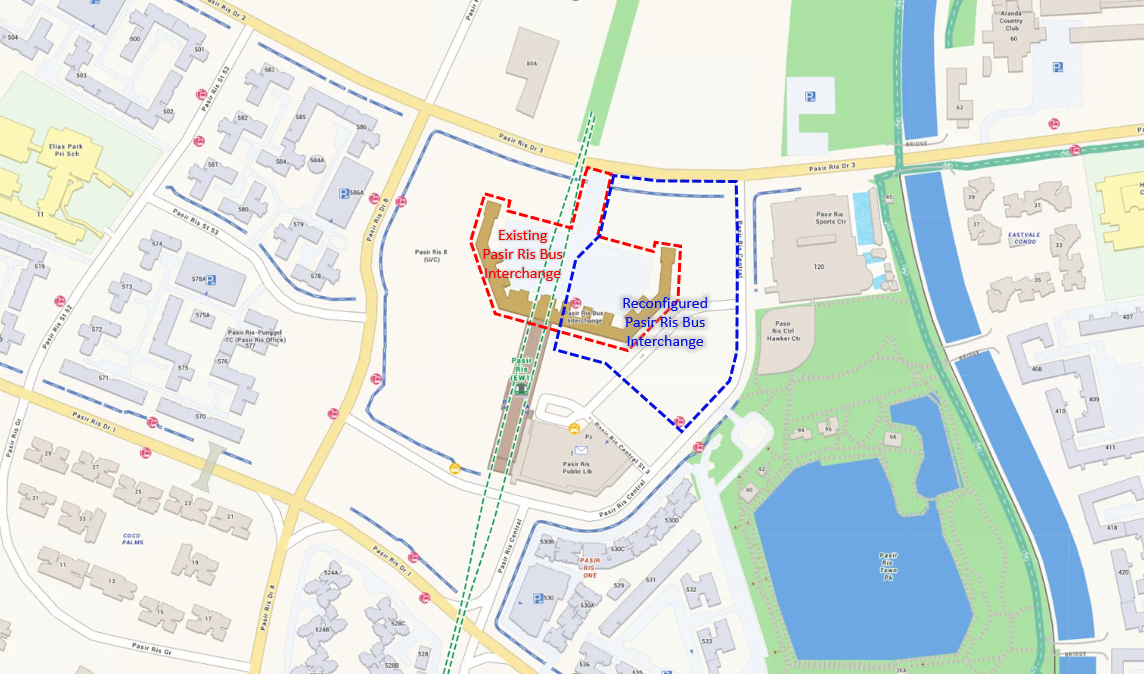 These changes are to facilitate the construction of Pasir Ris Integrated Transport Hub (ITH) as well as the Pasir Ris rail turnback.

According to Transport Minister S. Iswaran on Facebook, part of the existing bus interchange will be demolished to make for the ITH and rail turnback.

This interchange is expected to be used until 2028 when the ITH is slated to be completed.

Some things to look forward to at the reconfigured Pasir Ris Bus Interchange are upgraded facilities and more inclusive features.

This includes more spacious sheltered boarding points at all berths. 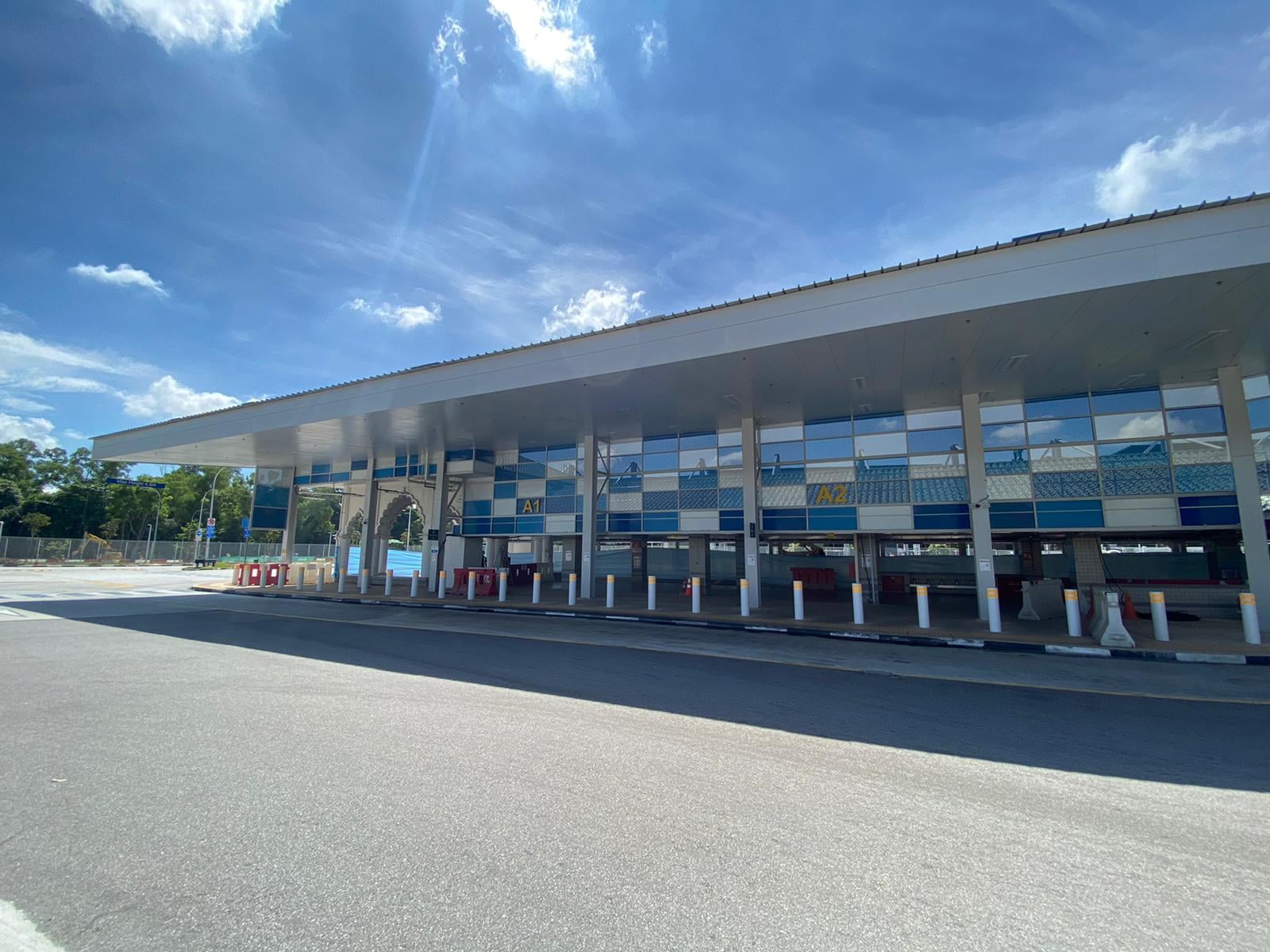 Kerbs edges will also be sloped so passengers in wheelchairs and parents with strollers can easily board and alight buses.

In addition, there will be priority queue zones with seats, barrier-free toilets, and a family toilet with facilities suitable for children. 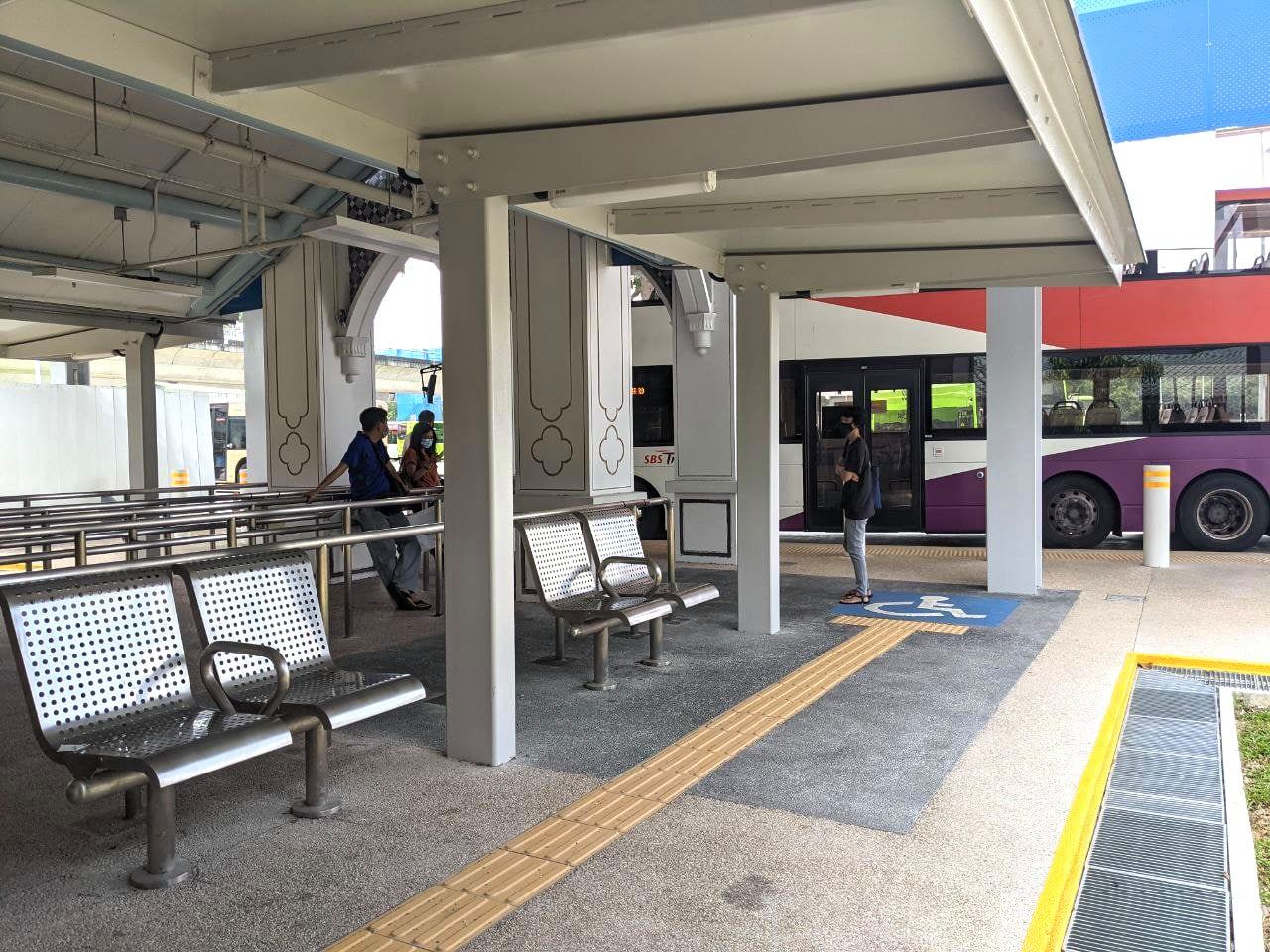 There will also be a commuter-care room available for special needs commuters who need a calming and quiet space.

Cyclists in the area will be glad to know that there’ll be 150 bicycle parking lots available for easy transfers to public transport. 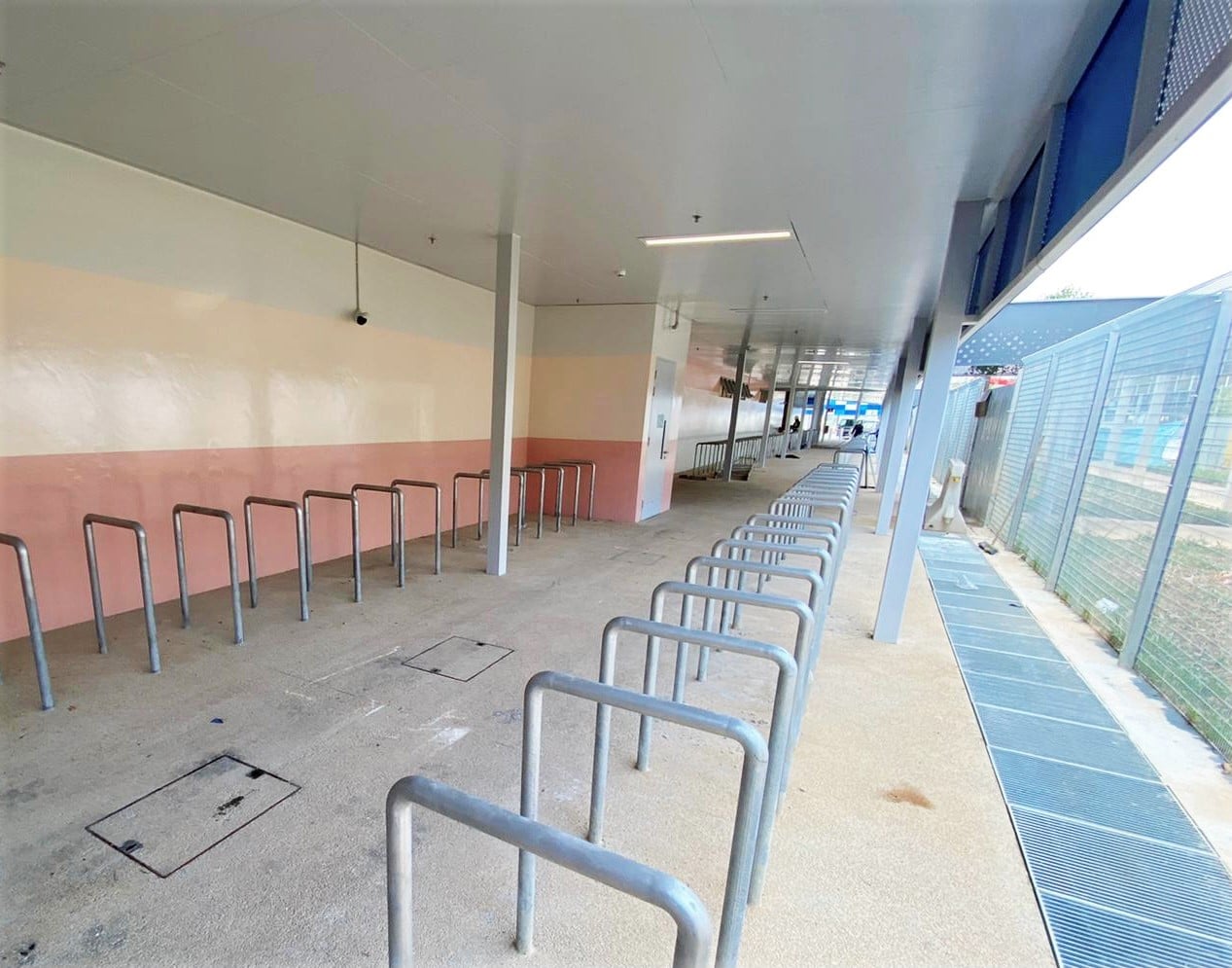 The reconfigured bus interchange will also see an improvement in staff amenities with an upgraded staff lounge and canteen.

There will be staff toilets and a cleaners’ room for their convenience.

The interchange will also be made safer with a reverse warning system that alerts bus captains when other buses are reversing in the parking area.

Changes in some bus services’ berths

There will be no changes to bus services operating from Pasir Ris Bus Interchange, LTA said.

However, the following bus services will have new boarding and alighting berths: 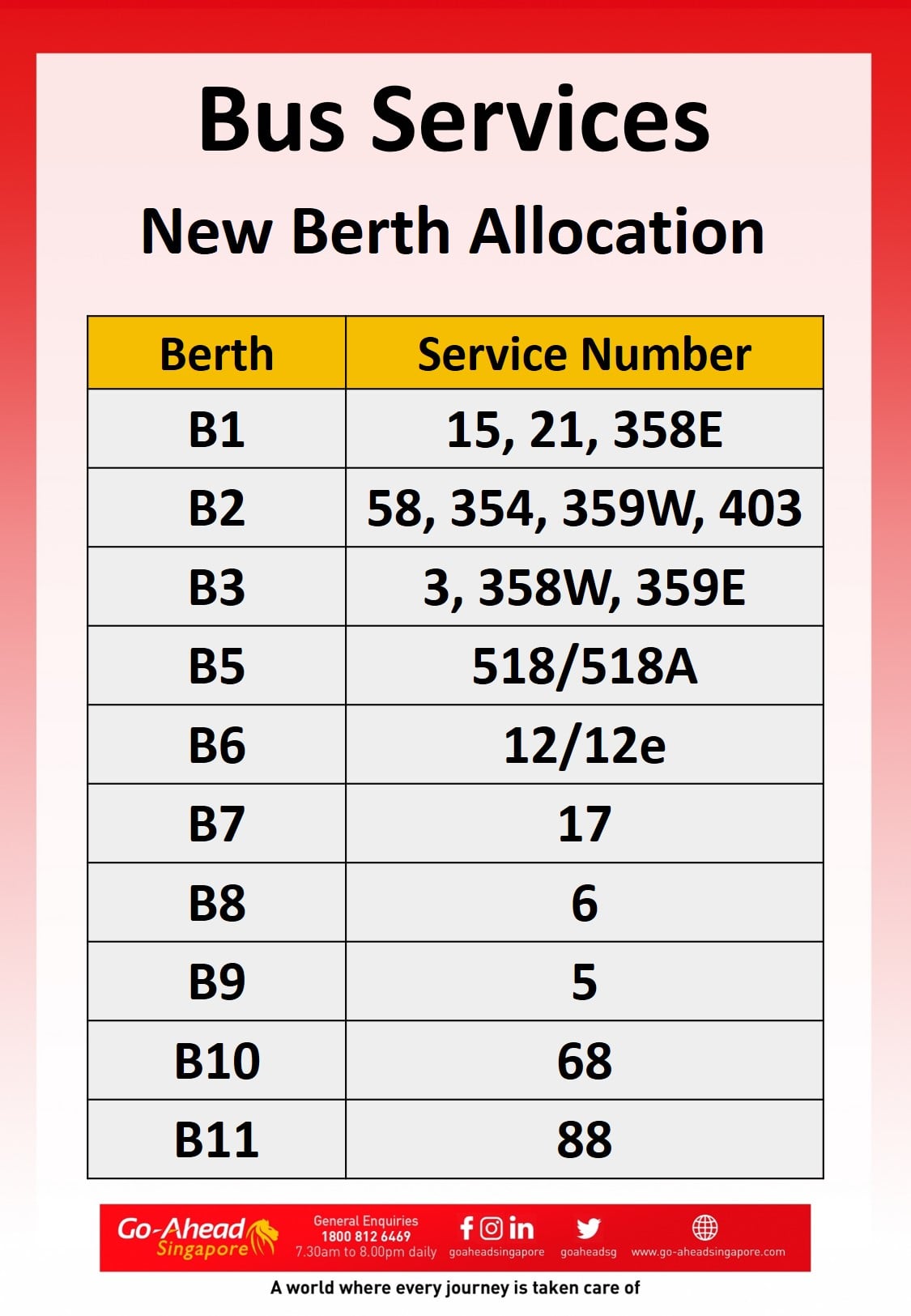 But commuters need not worry as guiding posters and directional signs will be placed around the interchange.

Service ambassadors will also be deployed to assist commuters.

The dedicated shuttle bus facility for Singapore Armed Forces’ (SAF) servicemen going to and from SAF Ferry Terminal will continue to operate from the bus interchange.

There will now also be a dedicated waiting space for pick-ups and drop-offs.

LTA said that they will closely monitor bus operations at the reconfigured bus interchange. If necessary, adjustments will be made to ensure a smooth journey for commuters.

The changes, especially with regard to new bus berth allocations, might pose slight inconveniences to commuters during this transition period.

But hopefully in time to come, it will also serve to offer greater comfort and convenience for all.