A few days ago, a video of a hostile man being tasered and apprehended by 6 policemen in broad daylight had gone viral.

Although the man was arrested in the end, people had questions about why 6 police officers were needed to arrest 1 man, and why the man had to be tasered.

A Singaporean has broken down the drills all officers are required to go through for situations akin to the one that just happened near Fullerton Hotel. We summarise his post after the jump. 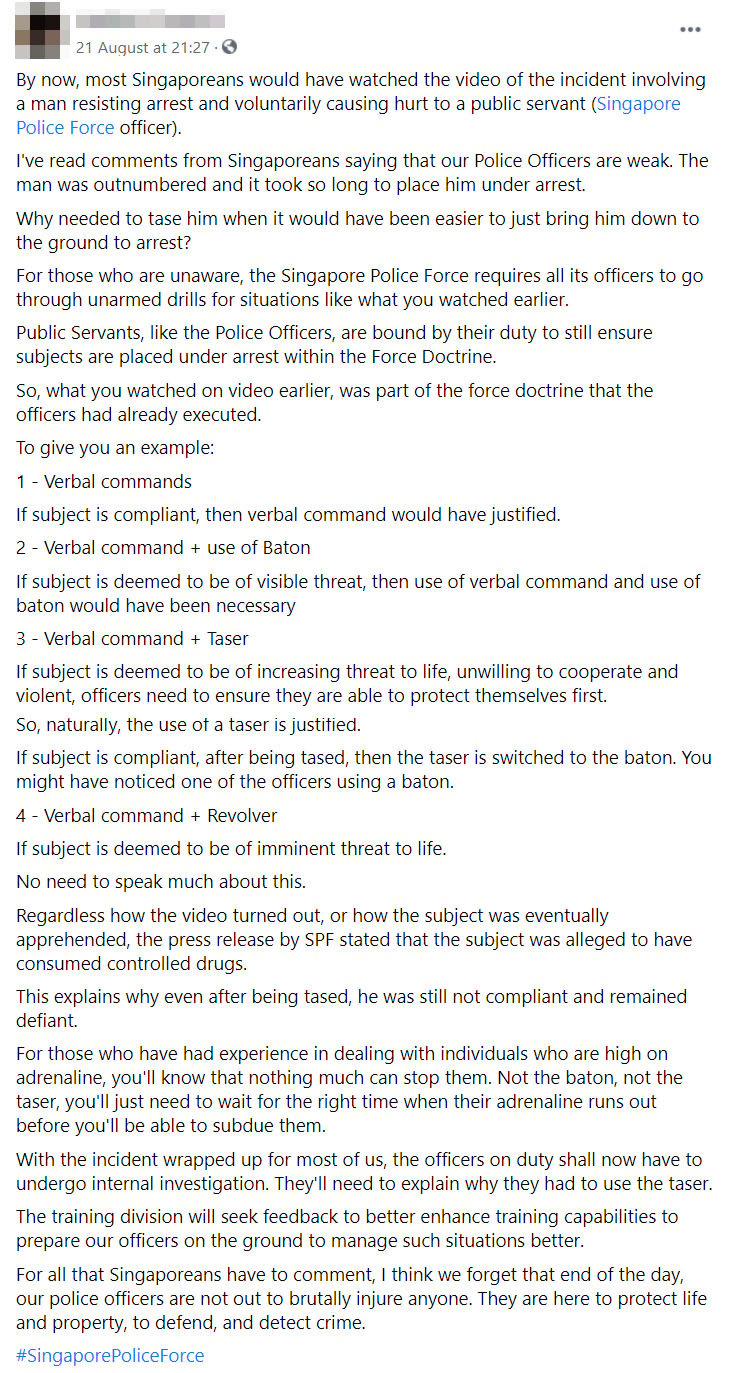 He wanted to remind all Singaporeans that at the end of the day, police are here to protect and defend lives, and not brutally injure anyone.

Police go through drills for situations like Fullerton incident

According to the Facebook post on Friday (21 Aug), OP Mr Abdillah said all Singapore Police Force (SPF) officers have to go through unarmed drills for situations like the Fullerton tasered man incident. 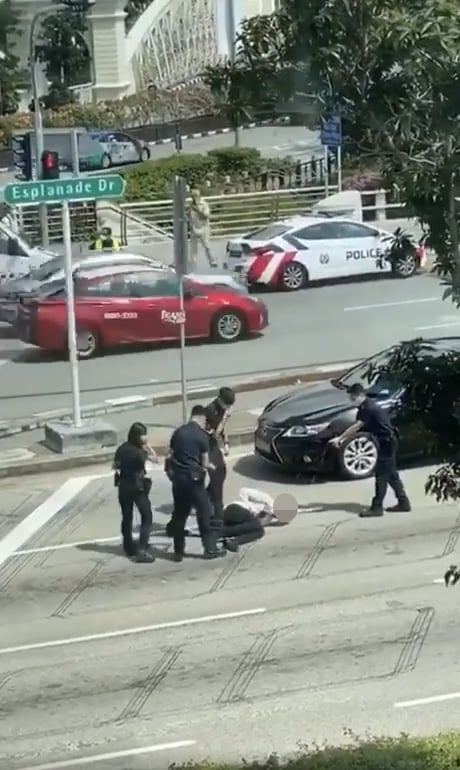 They’re bound by duty to ensure that subjects they pursue are still placed under arrest according to the Force Doctrine.

The steps police undertook to apprehend the man was all part of their training under the doctrine.

The OP gives us a breakdown of examples:

So, naturally, the use of a taser is justified for number 3. If subject obeys orders after being tasered, it is all right to switch to the baton. The OP said you might have noticed one of the officers using a baton.

The last one speaks for itself.

Officers will wait until subject’s adrenaline runs out

Mr Abdillah pointed out that regardless of how the subject was eventually arrested, he had reportedly took controlled drugs. 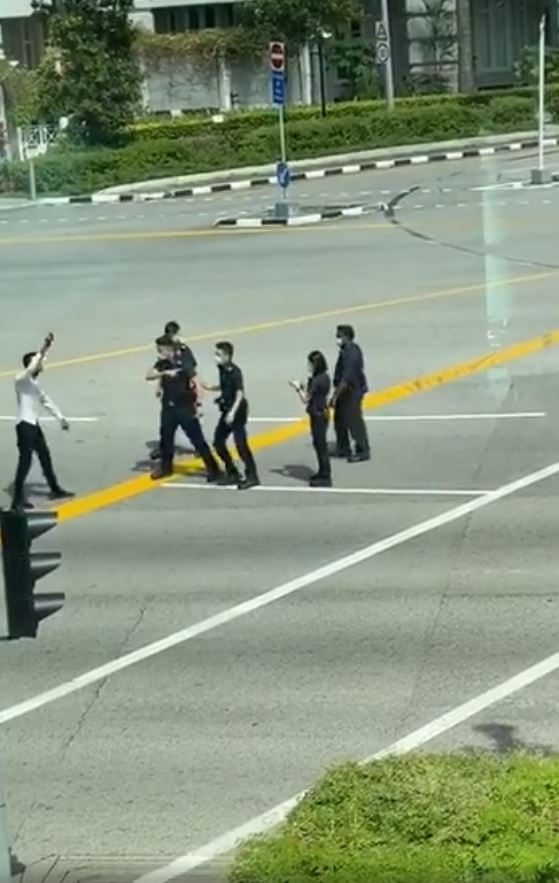 So this probably explains why the man remained defiant despite being tasered.

For those who have had experience in dealing with individuals who are high on adrenaline, you’ll know that nothing much can stop them.

Instead of using the baton or taser, officers resort to just waiting for the right time till their adrenaline runs out.

Officers have to undergo internal investigation

With the subject arrested, the story doesn’t end there for police officers. They will have to go through internal investigation and justify the use of the taser.

This is also partly because the training division is seeking feedback to enhance training and better prepare officers to manage similar situations.

Leaving a message to all Singaporeans who’ve had lots to say, Mr Abdillah stressed,

I think we forget that end of the day, our police officers are not out to brutally injure anyone. They are here to protect life and property, to defend, and detect crime.

Among disparaging comments from Singaporeans, Mr Abdillah’s post serves as a timely reminder that the police force prioritises defending and protecting lives instead of deliberately harming someone.

Let’s not forget that a strict doctrine by SPF also means that the community has less to worry about when it comes to police brutality.

Kudos to the police officers for handling a difficult situation like this to the best of their capabilities.