Everybody knows that Chinese New Year (CNY) is just a day that aunties and uncles get together to compete with each other.

They are also masters in scathing remarks and questions that undermine your very being.

A group of Singaporeans have came up with a crowdsourced list of such microaggressive remarks made every year.

Aptly named PowerPlay — which in this instance refers to how people try to gain ‘power’ over another — the list just never ends, and is still open to entries.

MS News explores the kind of comments made by aunties during CNY.

1. The jibe about the school you are studying in

They WILL ALWAYS insert a person studying in a more prestigious school.

Or they will spout nonsense when they haven’t heard of the University — because NUS, NTU and SIM are the only universities in Singapore.

If you aren’t studying Law/Medicine/Business, they throw shade at your degree.

You studying IT ah? IT not good, next time the Indian take over your job!

They are especially condescending to humanities courses.

Huh, studying arts ah? next time do what, be teacher?

The worst ones still think that arts refers to fine arts.

Girl ah, you study Arts In NUS? What kind of things do you do? Drawing? Painting?

Correction — even if you do pursue Law/Medicine/Business, they will still take jibes.

What you study ah? Law…is your mother force you one?

3. They probe about your your grades like the paparazzi

Most of the time, they do this to prove their family member is better than you.

Or else, they are simply trying to insult your intelligence.

What is your GPA? 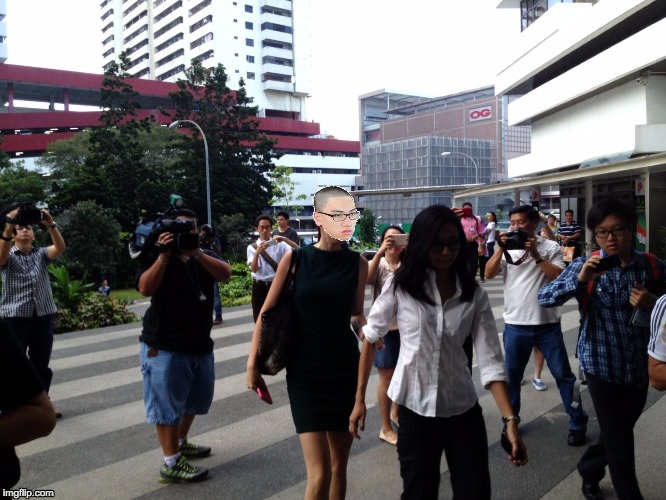 Or in this case, yet another jibe at the teaching profession.

Aunt: Oh where you going to study?
Me: NIE
Aunt: Aiyoh why NIE?
Me: Because I wanna be a teacher?
Aunt: Is it because you never do well at A Levels?
Me: …

4. They will somehow try to insert a reference to their son/daughter degree

Perhaps ‘face’ is just too important.

Thus, they try to compare their son or daughter against you to establish a higher social status.

Don’t eat too many pineapple tarts. My doctor daughter say not good for you.

Or dangle the rare NS-deferment due to studying Medicine in your face.

My son need to go back do NS in 2020, he studying Medicine you see.

5. The not-so-subtle snide at your single relationship status

These relatives sure know to press on where it hurts. They either openly give snide remarks or ask you condescending questions about getting a boyfriend — or even getting married.

You eat so many love letters won’t get real one la!

Some want you to get married so they wouldn’t have to give you red packets anymore.

I’m so tired of giving you angbao already you know. Can go get married already or not?

For girls, these relatives like to link age and relationship status to serve double whammys.

Huh so old still no boyfriend ah? Girl why you so picky, no one want you.

For guys, physical fitness is an important trait in snagging a boyfriend.

Haiyo, bakkwa eat so much, later fat no girl want you for bf.

Time is also ticking, till you come out of the closet apparently.

Got girlfriend yet anot? Faster go find otherwise you will turn gay.

You might be thinking — what happens when you have a girlfriend/boyfriend?

6. Nasty remarks about your girlfriend/ boyfriend

Some relatives will run out of hurtful comments to say to you and move on your significant other.

7. The purposeful insult about appearance

Whether you are thin, skinny, fat or normal, they WILL find some way to comment about your appearance.

Wah, girl eat more lah. Why you so skinny.

That means if you are somehow different from the ideal model, you will get struck by their lightning.

Eh how come you so fat now?

8. They groan about your clothing choices

Maybe they are just trying to make themselves feel better.

Can you wear more girly tops?

Choice of colour as well.

Aiyo why you never wear red this year. your parents too rich so you don’t want them to huat ah!

9. Judging you by comparing themselves to you

Once they’ve had their fill of comparing their son/daughter against you, they might even start comparing themselves.

This was apparently overheard in a conversation between aunties.

My CPF got way more than you.

10. They also judge you over what you earn

As if education and appearance is not suffice to make them feel superior, they will also judge you by income earned.

You change job already? How much is your salary or they pay you celery?

To these people, being unemployed is the worst, and young people should be working as long as they have free time.

Discrimination against certain types of jobs, are still pretty prevalent.

What you working as now ah?Journalist? That one real job meh?

12. Snubbing you over NS

Like monks, they chant the same thing over and over again.

Here are other few commonly heard NS-related remarks that will definitely make their rounds during your reunion gatherings.

13. The one trying too hard to be humble and modest

Reminds us of how some companies sell consumers stuff without coming across as trying to sell something. 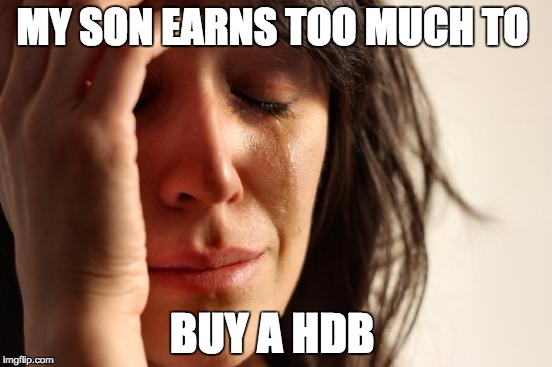 There are some cheapo aunties and uncles that want free services after finding out your occupation.

Can give me free MC or not?

Is there a reason behind all these questions?

A redditor hypothesizes that aunties and uncles have nothing better to do, thus all the incessant questioning.

Or they might be just saying all these to cover their inferiority complex.

Asian societies deem face and status very important, and this is a fact that cannot be avoided even in Singapore.

Thus, perhaps it would be better to turn a deaf ear to all the nasty comments from aunts and uncles.

For example, you can eat more pineapple tarts as a distraction — and worry about the weight gain later.