Prime Minister Lee Picnics At Botanic Gardens With Wife & Grandkid, Just Like Everyone Else 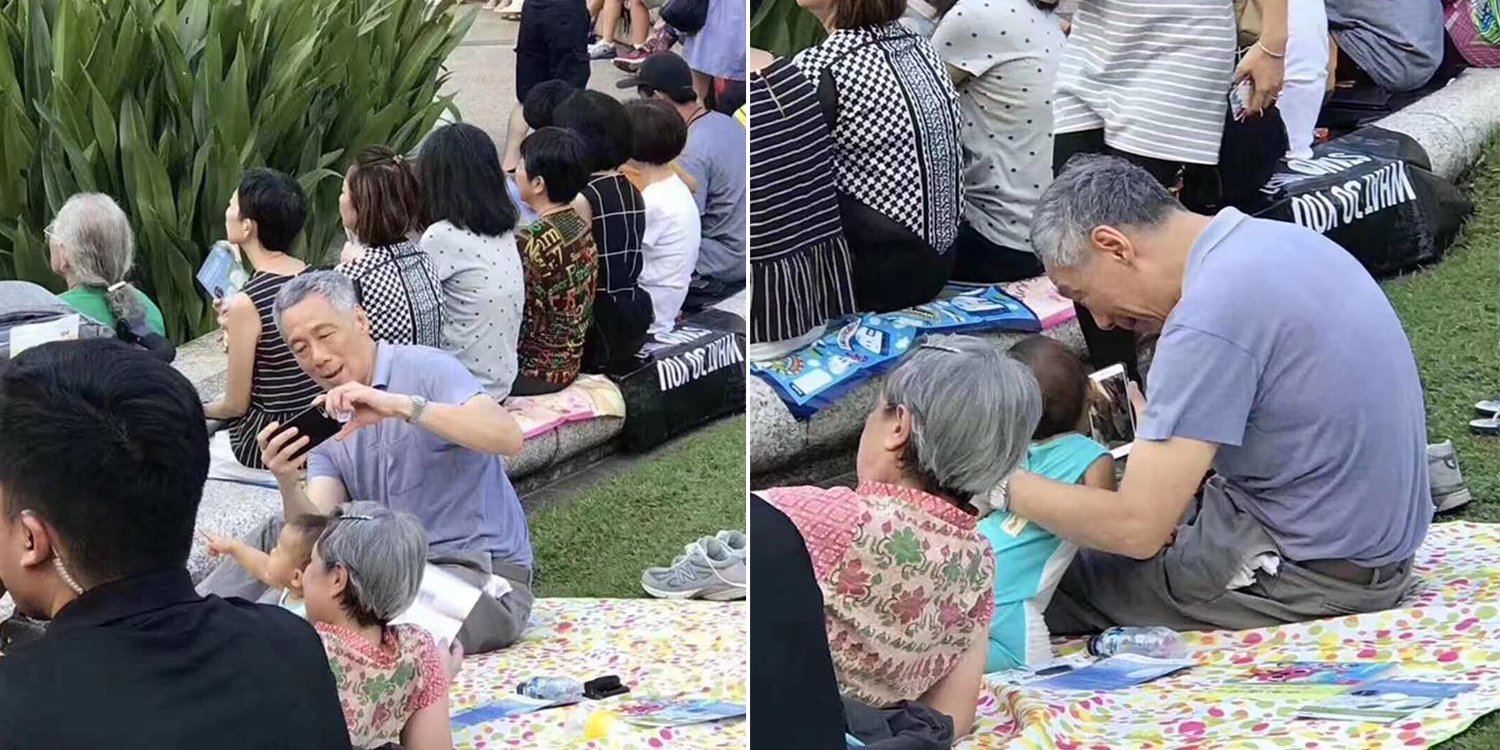 On Saturday (6 Apr), as the Singapore Chinese Orchestra (SCO) played on the symphony stage in the Singapore Botanic Gardens, someone in the crowd was more interested in taking pictures of his grandchild than watching the performance. 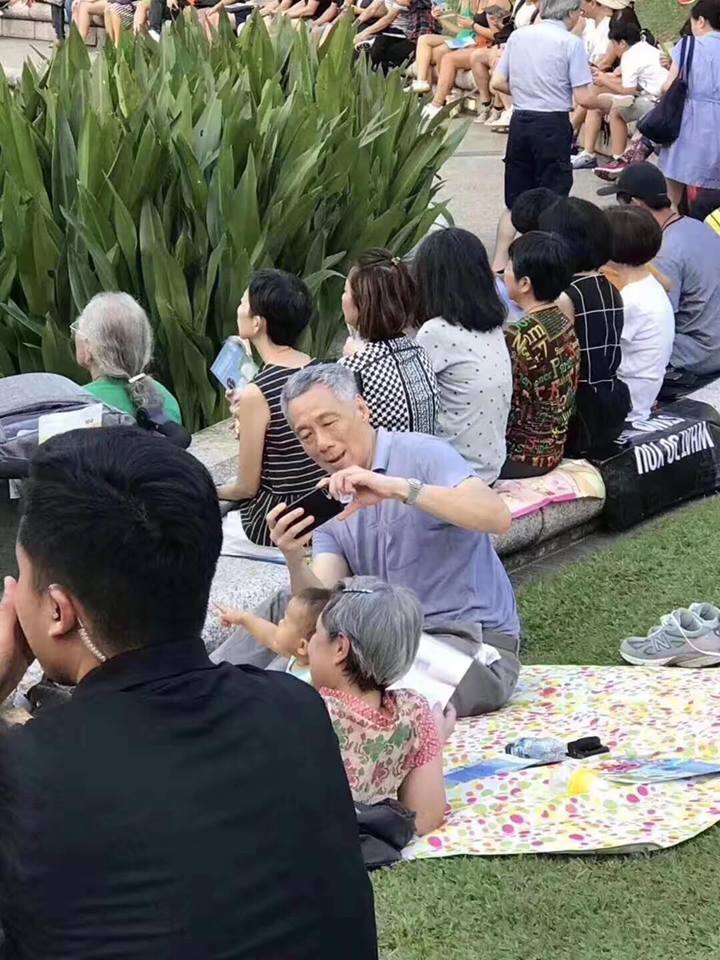 Facebook user Yuanlovesg spotted the Prime Minister snapping pictures of his wife Ho Ching and grandchild like any proud grandparent would.

Here’s another of what looks like Mr Lee jovially taking a selfie of himself. Sitting behind the Prime Minister, Emeritus Senior Minister Goh Chok Tong quietly took a picture of the Lees. He then uploaded it to his Facebook and got users to play a little spotting game.

Unfortunately, Mr Goh’s image was really poorly captured and no one in the comments could point Mr Lee out.

Many users playfully suggested that he swap his iPhone for the latest Huawei P30, which boasts an absurd zoom function.

Hearing mention of their prized product, even the Chinese phone giant itself weighed in.

To many, the Prime Minister may appear a distant figure — serious, astute and always talking about weighty national matters.

But these little outings show that he’s just like everyone else. He enjoys his weekend picnics, outdoor musical performances, taking pictures of his family and most of all, entertaining his grandchild.

Also, if you’re interested, the next performance on the Shaw Symphony Stage at Botanic Gardens will be held on 21 Apr. The event will feature jazz bands from all over Singapore. Who knows, you might just see Mr Lee and his family there again.