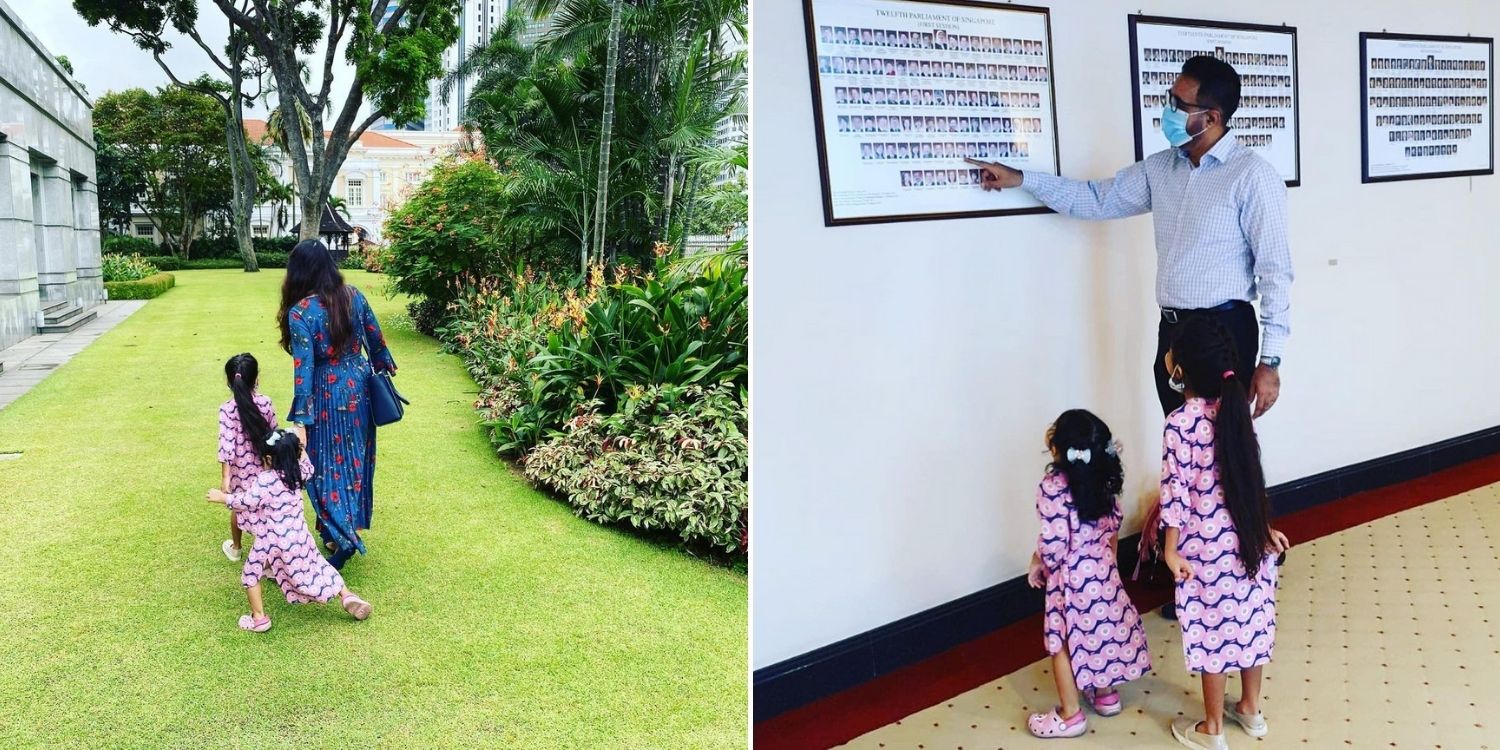 In the multicultural ‘salad bowl’ that is Singapore, many of us get to learn our Mother Tongues (MT) as a second language from kindergarten.

However, kids whose MT is not one of the official ones – Chinese, Malay, and Tamil – might face a different set of struggles.

Leader of the Opposition Pritam Singh, who has 2 daughters with Punjabi as their MT, recently shared his family’s concerns when choosing their kids’ second language in school. 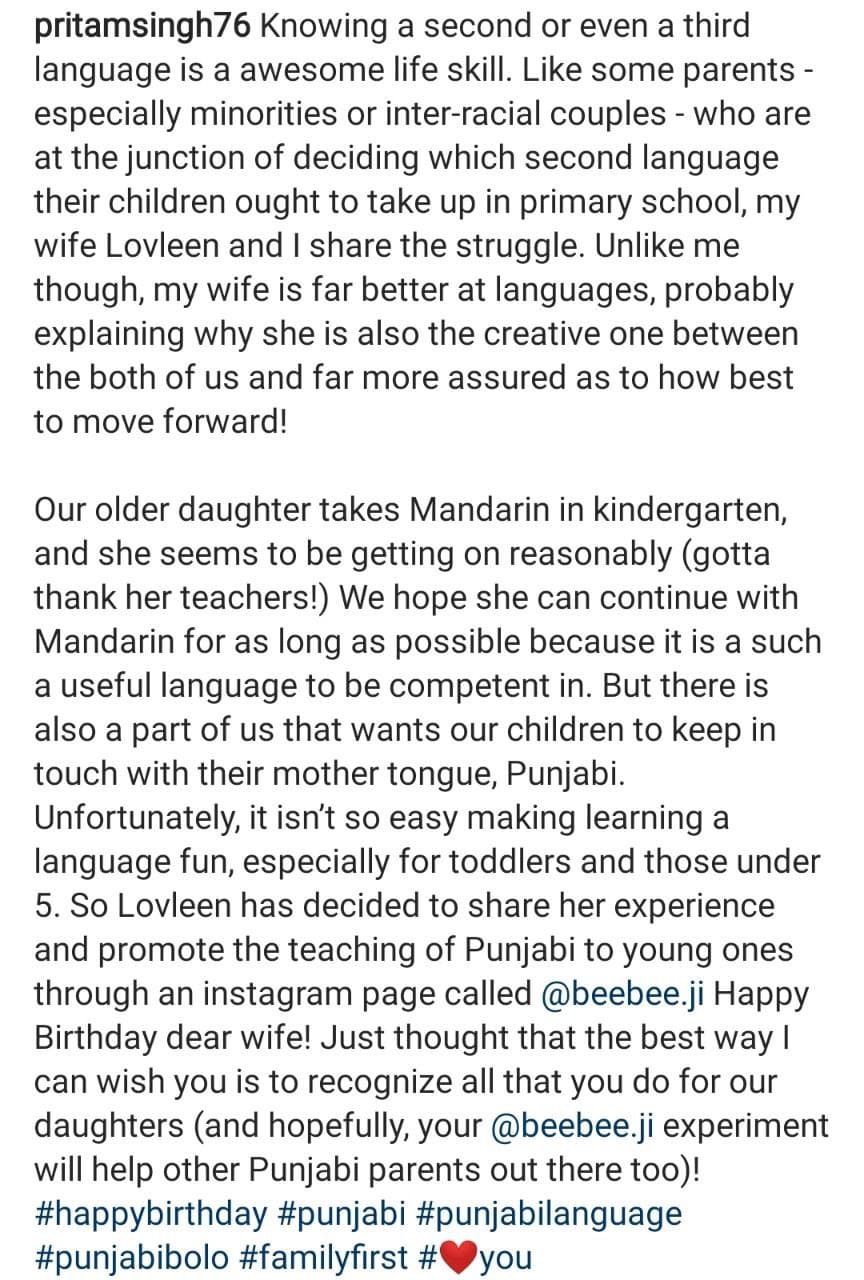 He took the opportunity to thank his wife on her birthday for starting an Instagram (IG) page to teach more kids Punjabi.

On Friday (16 Apr), Workers’ Party Secretary-General Pritam Singh took to social media to share how he and his wife empathise with minority or inter-racial parents in Singapore.

They typically face a dilemma when it comes to choosing a second language for their kids’ primary education.

Currently, only Mandarin, Malay, and Tamil are offered as MTs in most primary schools in Singapore.

But despite being of Indian ethnicity, Mr Singh’s daughters’ MT is Punjabi – a Non-Tamil Indian Language (NTIL). 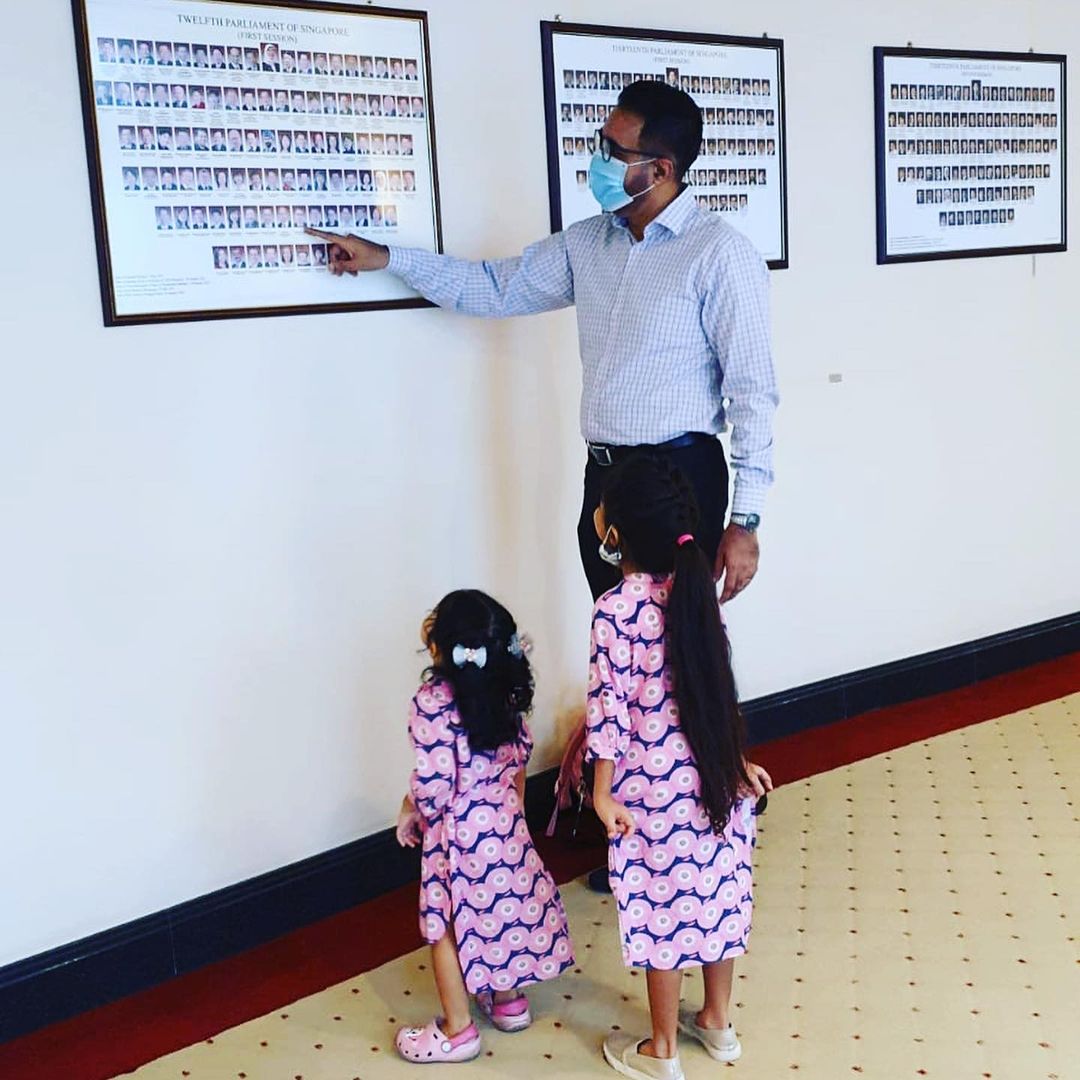 Punjabi not offered in most schools under MOE

While NTILs can be taken as a second language in primary schools, they are not provided by the Ministry of Education (MOE).

Instead, they fall under the Board for the Teaching and Testing of South Asian Languages (BTTSAL) in Singapore.

As a result, taking NTILs as an MT requires extra time and energy from both parents and their children.

This might explain many minority parents’ predicament when choosing a second language subject for their kids.

Sharing on IG, Mr Singh says his older daughter now takes Mandarin in kindergarten and is “getting on reasonably”.

He wants his daughter to continue learning Mandarin, as it’s apparently a useful language to be competent in.

But meanwhile, he and his wife also wish for their kids to connect with their MT – Punjabi. 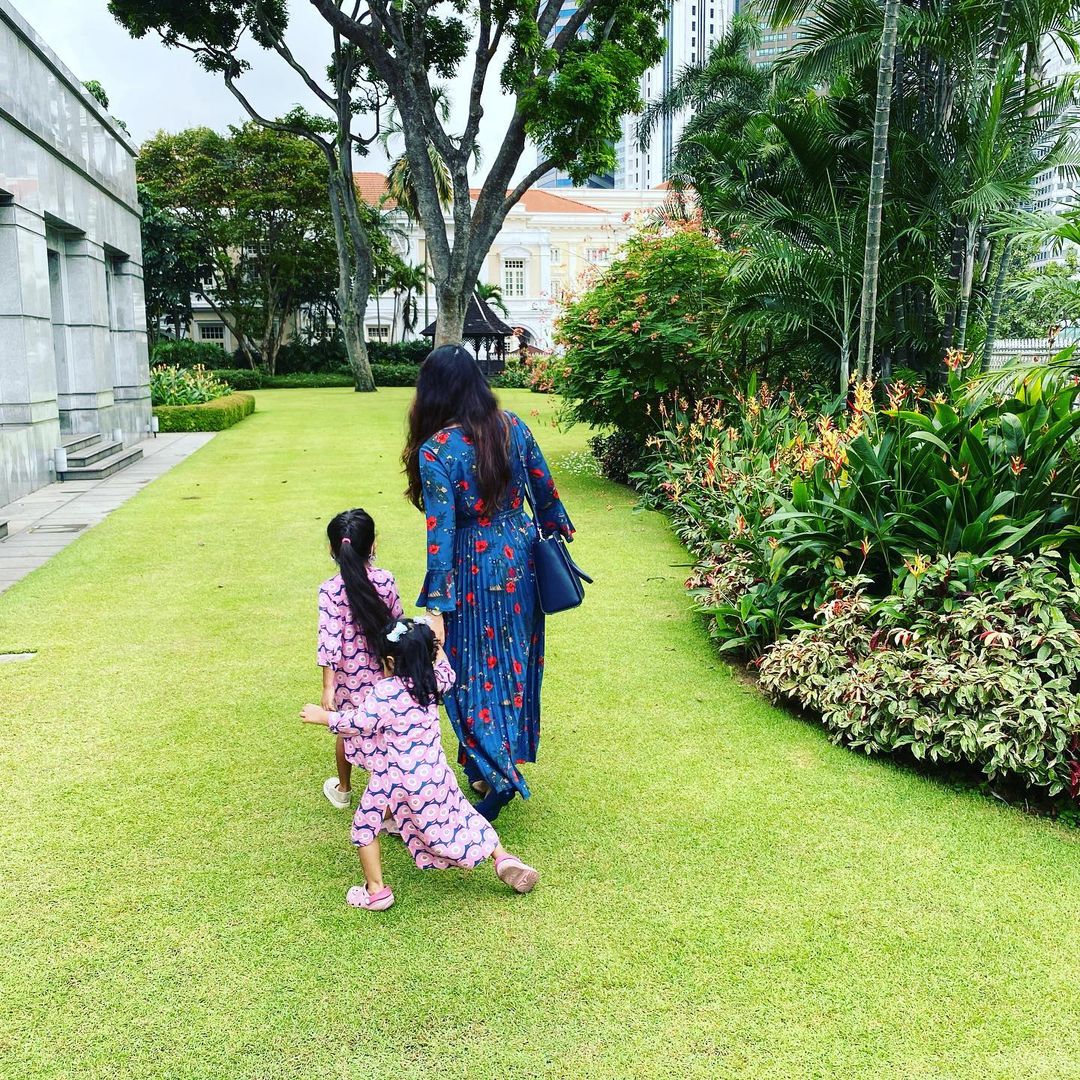 As such, he thanks his wife Lovleen for starting an IG page dedicated to helping kids learn Punjabi.

Paying her a birthday tribute, Mr Singh hopes that it’ll make Punjabi learning more fun for the young ones.

Kudos to Lovleen for the meaningful initiative

While it’s important to learn languages that are ‘useful’, we mustn’t overlook the ones that connect us to our ethnicity, culture, and history.

We hope similar initiatives can reach out to more minority kids allowing them to connect with their MTs more easily.