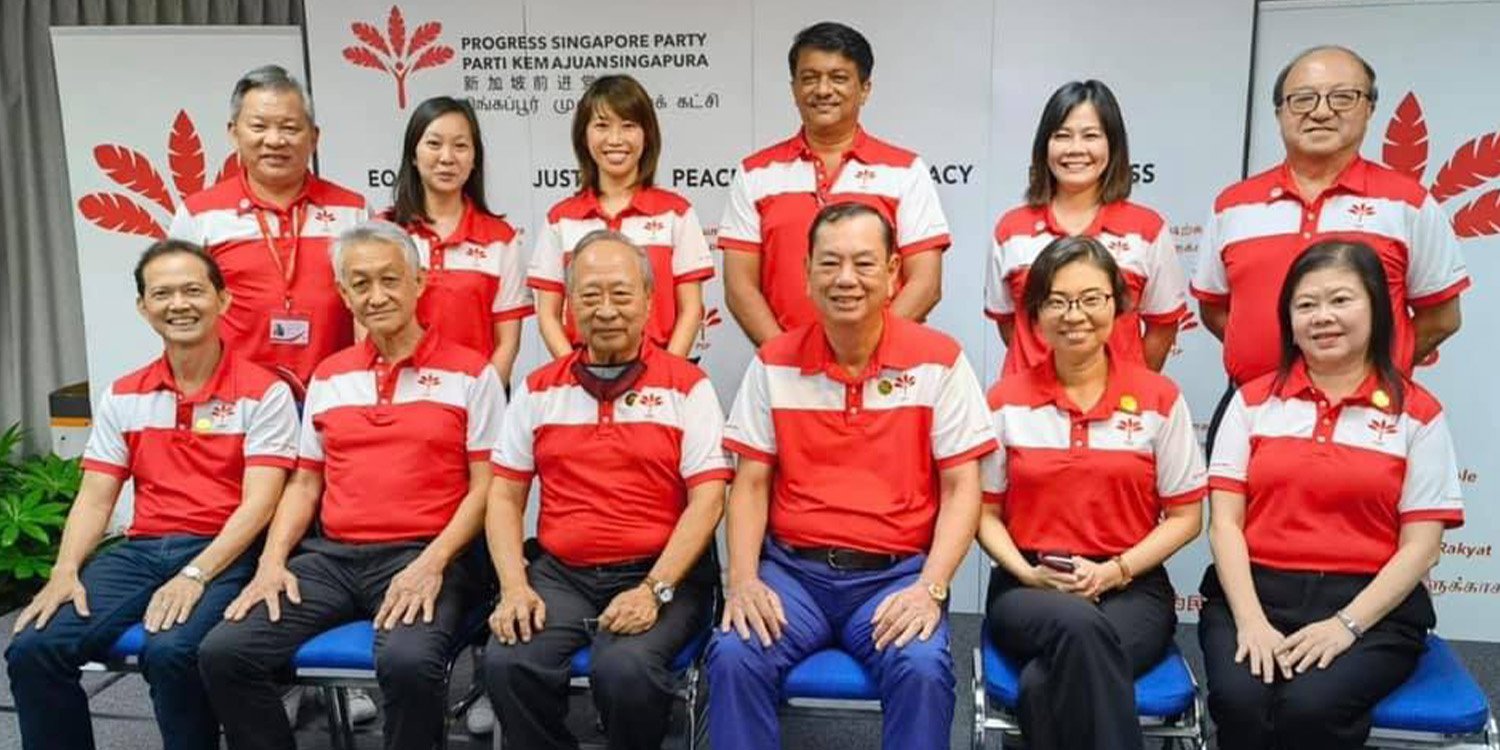 The Progress Singapore Party (PSP) has shaken up its leadership as of Wednesday (31 Mar).

The most surprising move comes from Dr Tan Cheng Bock stepping down as secretary-general, while Francis Yuen takes his place. 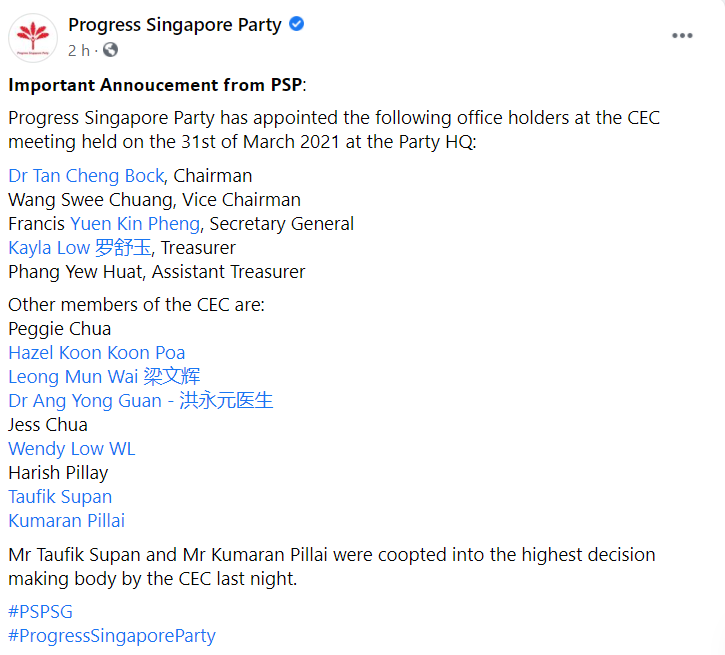 Dr Tan will continue in the party as Chairman.

The party’s founder, Dr Tan, began as secretary-general and competed in GE2020 in West Coast GRC.

Although PSP’s leader, he declined to be a non-constituency MP (NCMP) following the election, despite being eligible.

Francis Yuen will become the new secretary-general after an unanimous vote, while Dr Tan will remain in the party as Chairman.

According to PSP member and NCMP Leong Mun Wai, Dr Tan will concentrate on securing external support for the party. 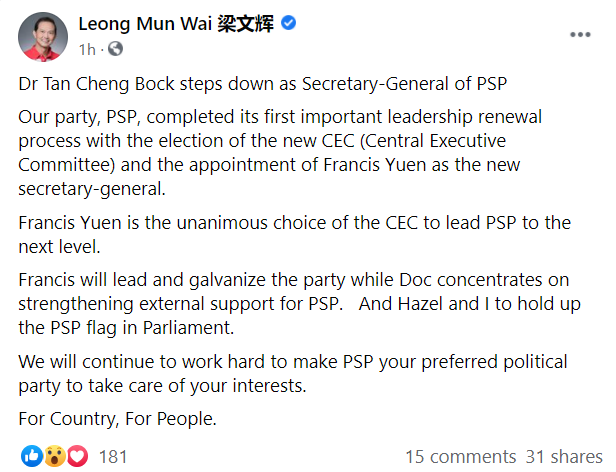 Meanwhile, Mr Yuen will “lead and galvanise” PSP for the future, he said.

Hazel Poa and Mr Leong are set to continue representing PSP in Parliament. 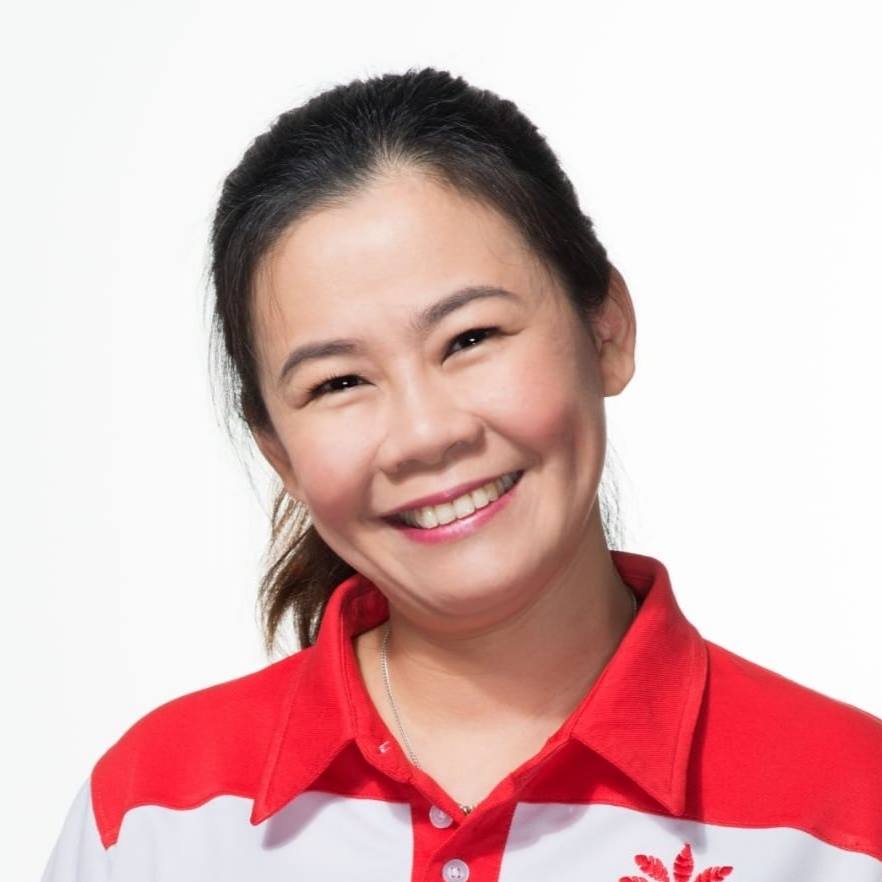 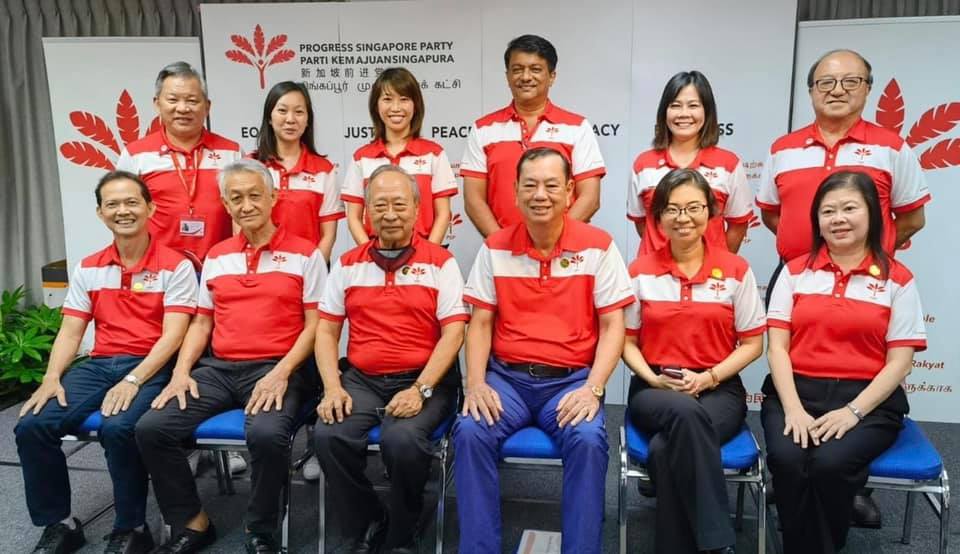 The CEC in its current incarnation will last until Mar 2023.

Francis Yuen was described as “the unanimous choice” of the CEC to lead PSP.

We do wonder whether there’ll be any changes to PSP’s approach as they gun for more votes in a sophomore election.

Meanwhile, we should still see Dr Tan in the future as he remains in the party.