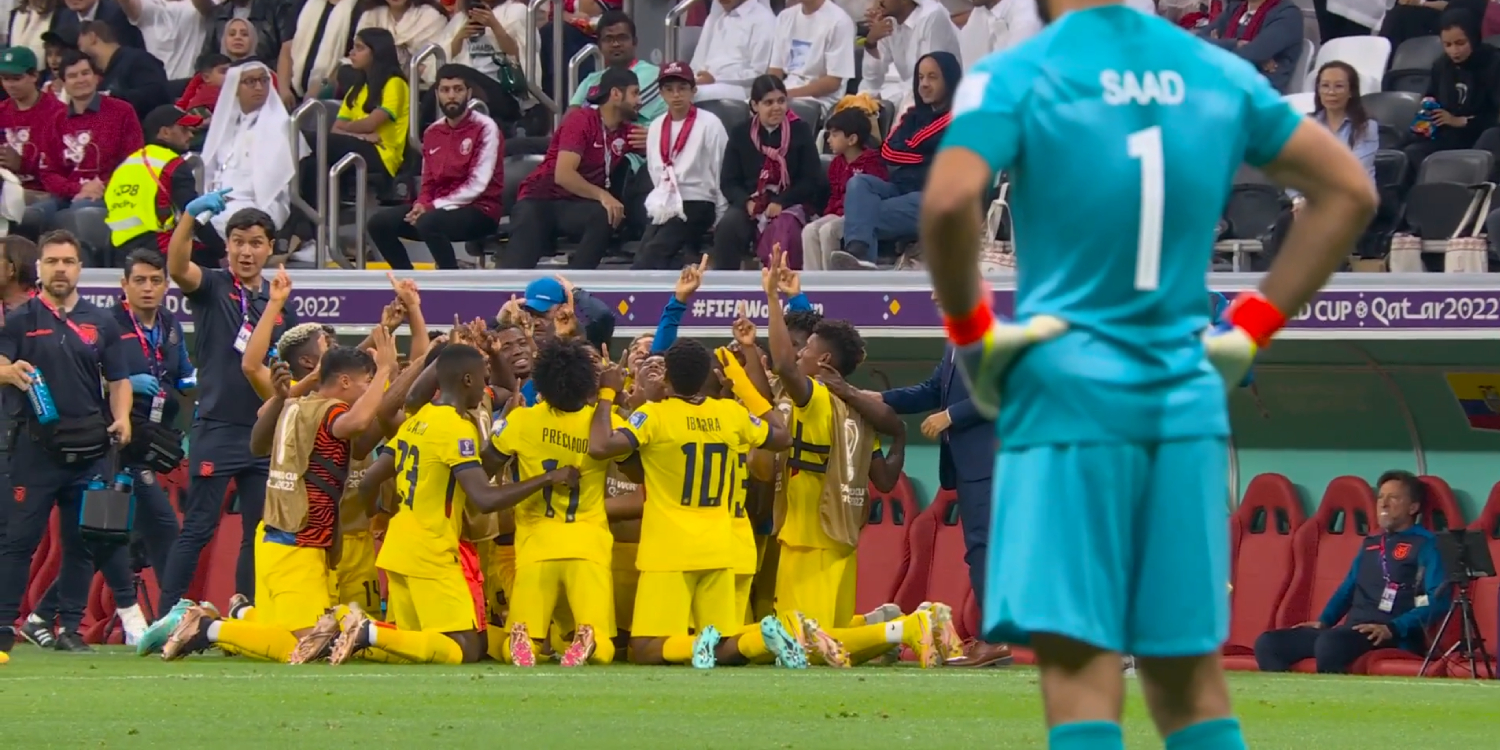 Not the best of starts.

The 2022 World Cup kicked off in Qatar after a grand opening ceremony, but the hosts suffered a 0-2 defeat to Ecuador in their Group A opening match.

The game, which was played at 12am Singapore time, began with a quick goal in the second minute from a set piece by Valencia, who’d slipped away from his marker. However, VAR ruled it out for offside.

But Ecuador would soon get their goal in the 14th minute after Valencia won a penalty, following a clumsy outstretched hand from Qatar goalkeeper Saad Al Sheeb.

Qatar’s night was then summed up when Valencia again headed home from a set piece in the 30th minute, again after losing his marker. It was a poor first-half performance from the Qatar goalkeeper and defence — not what the hosts would have wanted after 12 years of preparation.

Qatar will next face Senegal in their Group A match on Friday (25 Nov) at 9pm, while Ecuador takes on the Netherlands right after, on Saturday (26 Nov) at 12am.

With the win, Ecuador is in pole position to qualify for the playoffs, while Qatar needs wins against teams that are better on paper.

Senegal recently won the African Cup of Nations in February, and the Netherlands, managed by 71-year-old Louis van Gaal, will be determined to get points as their group contains no other European nations.

It’ll be tough, but the ball is round, and anything can happen at a World Cup.