The fight against racism starts by listening with compassion.

Singaporean Artist Sheds Light On Microaggressions & Racism Through A Comic

Unless you’ve been living under a rock, you’ve probably heard of the unfortunate ‘brownface’ E-Pay advertisment incident.

Local actor Dennis Chew from Mediacorp was portrayed with darker skin to resemble a Malay lady and Indian man in an ill-received ad.

But why the fuss over a simple ad? Local artist Rachel Pang (@rachelpangcomics) explained how allowing ‘brownface’ ads to be published, can continue to trigger microaggressions against members of the racial minority in Singapore. 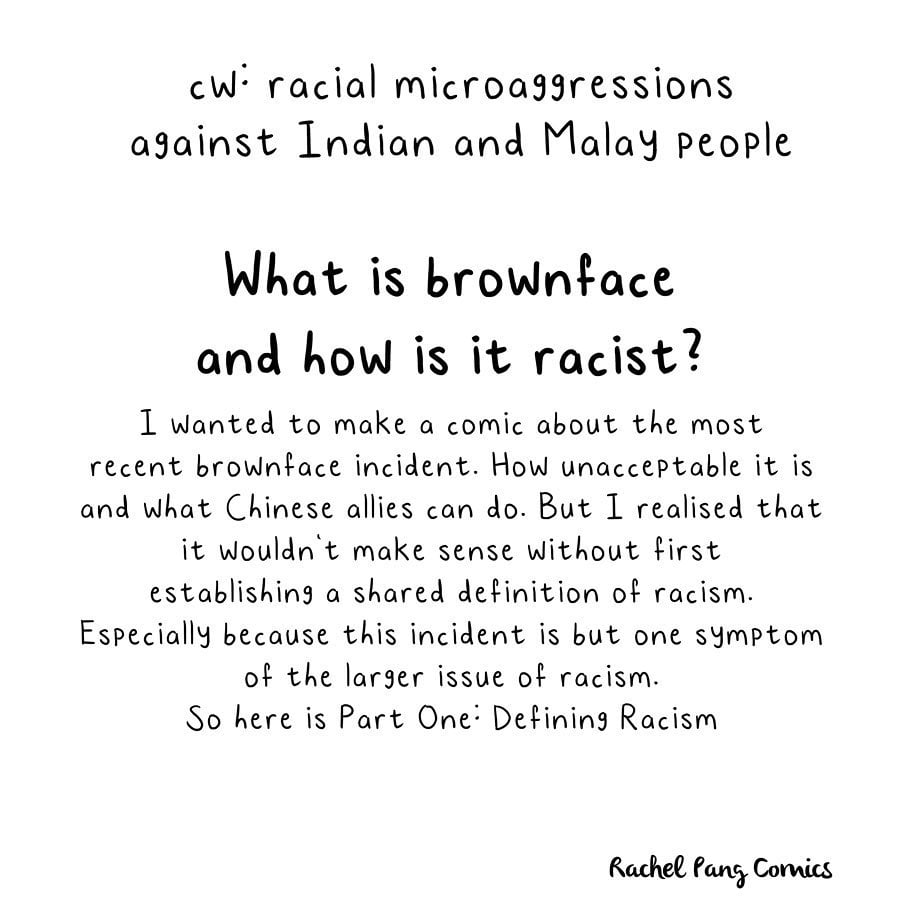 We’re not sure how long this comic will run, but her first post is focused on defining racism. And we think she did a beautiful job of explaining what the issue is about.

Rachel Pang defines racism as “a system in which one group receives advantages over another based on their race”.

For example, minority groups may not be allowed to enroll in SAP schools because of their race or Mother Tongue. 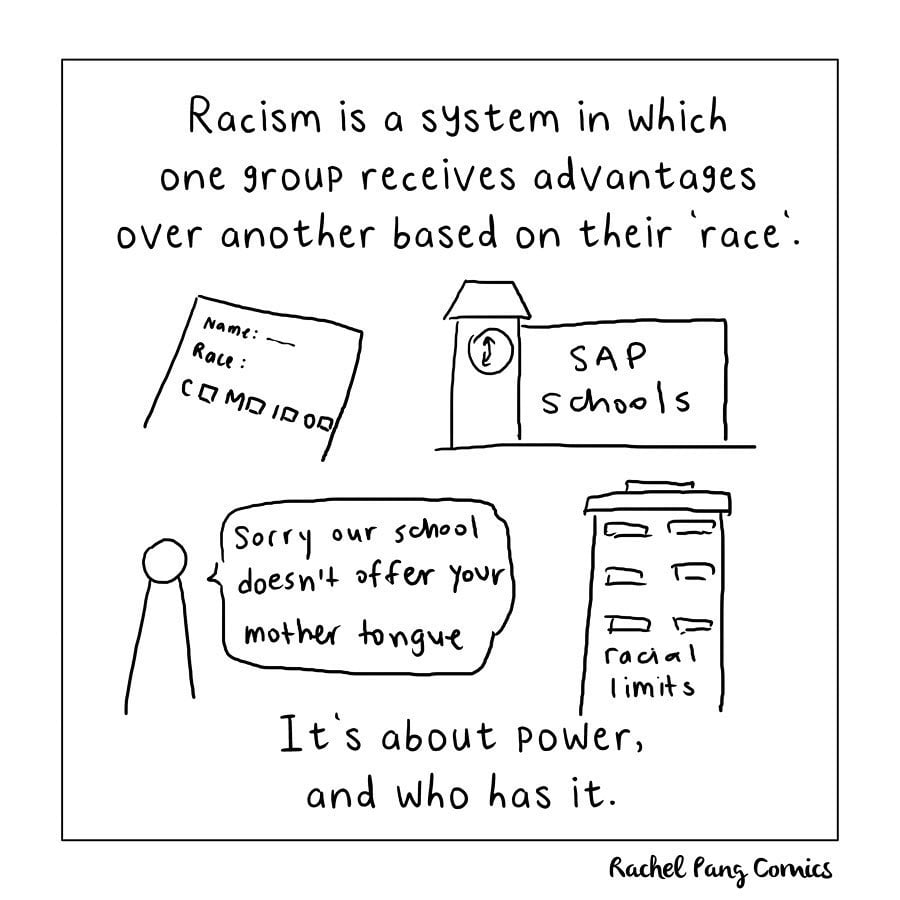 Members of the majority race usually don’t need to worry about representation.

Meanwhile, minorities struggle with stereotypes. They could face microaggressions on a daily basis like, “You’re the good kind of Indian” or “You’re pretty… for an Indian.” 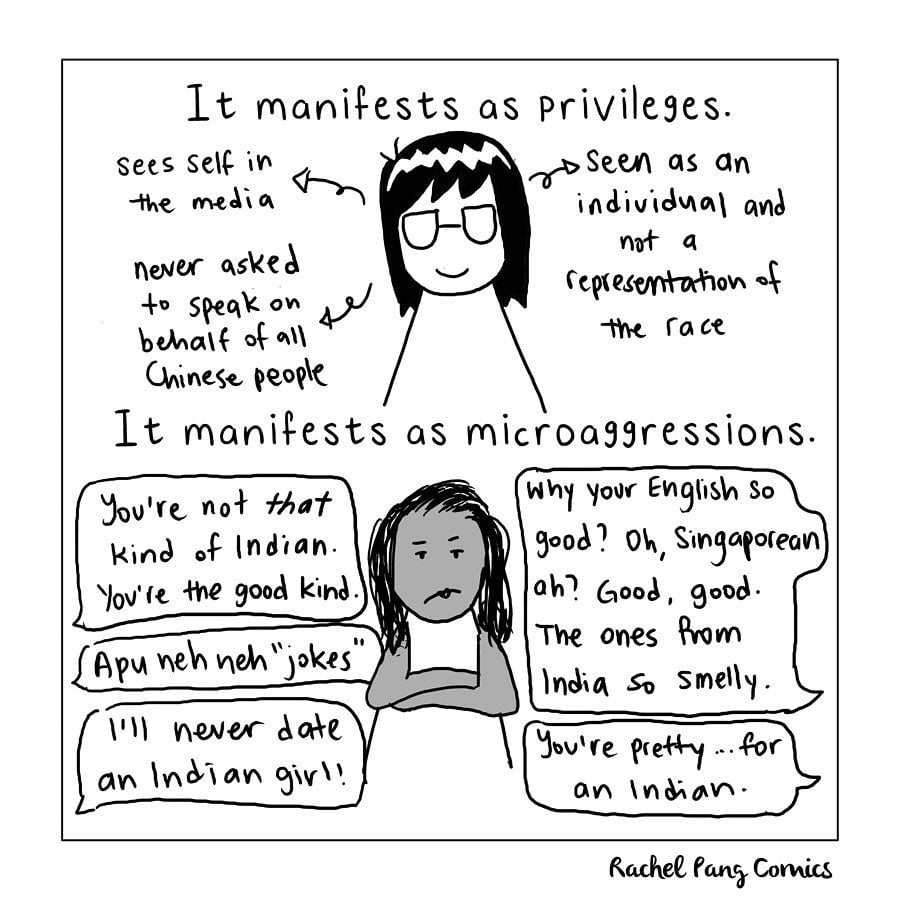 We might not feel racism if we are part of the privileged majority. In the long-run, this leads to the perception that one’s race is superior due to constant exposure to alternate narratives. She also provides the analogy that not doing anything against racism seems like riding a travellator. As long as we stand still, we help perpetuate it. 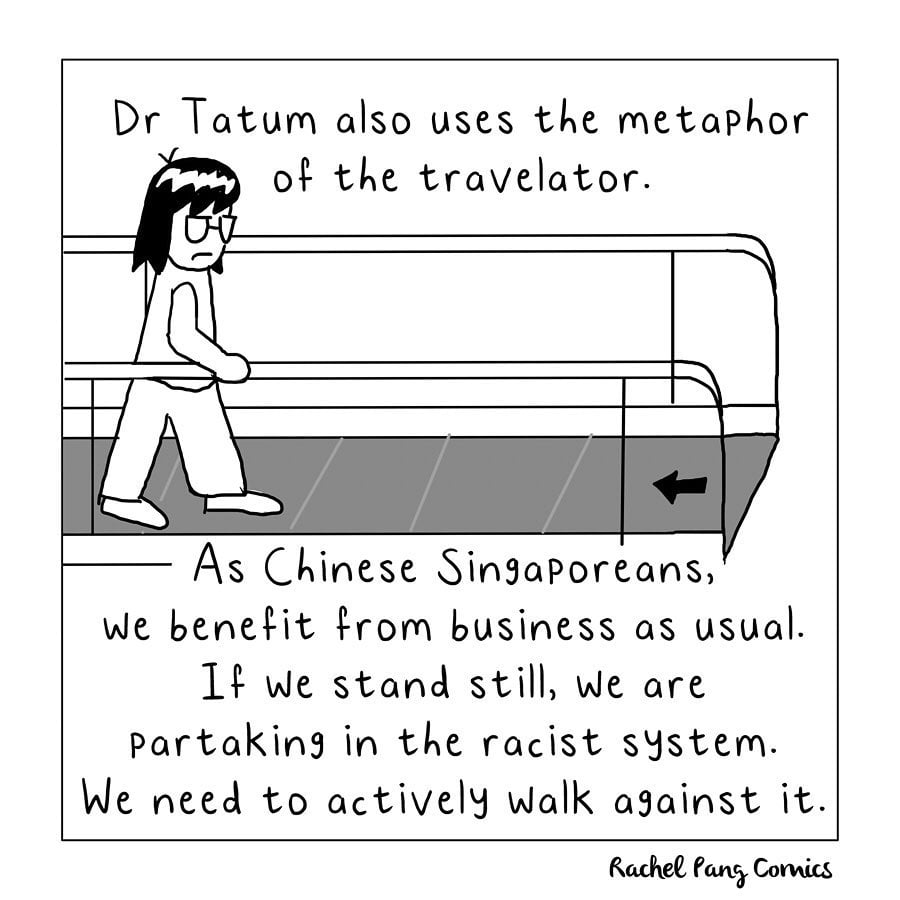 She shares that it’s possible that members of a ‘privileged majority’ might not understand racism and perceive ‘brownface’ as a joke. 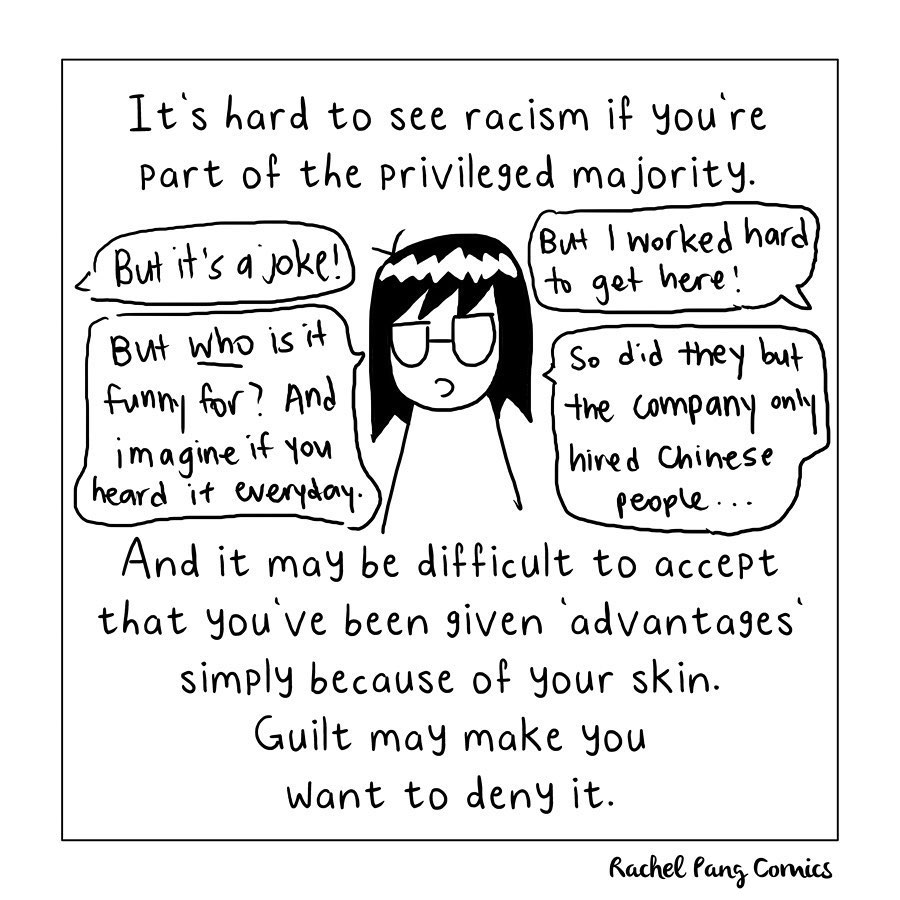 How can we end racism? You can start small by listening to the problems of minorities and treating everyone with compassion. 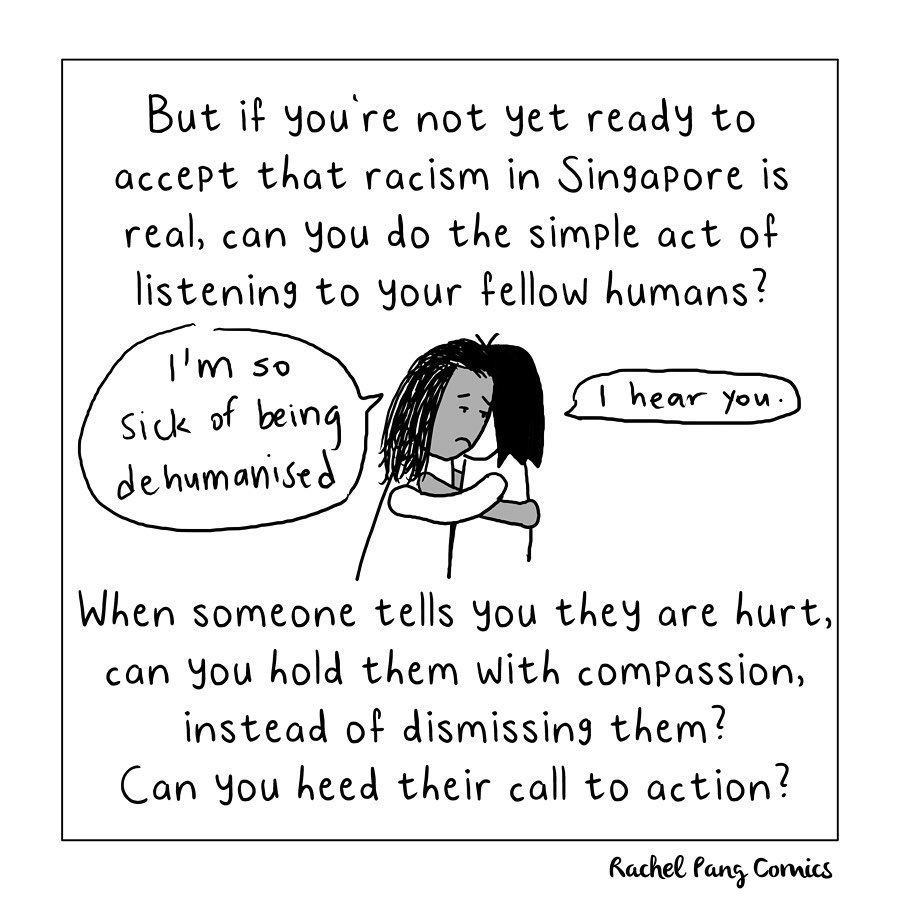 The fight against racism doesn’t stop there.

We constantly need to educate ourselves and fight for systemic change. 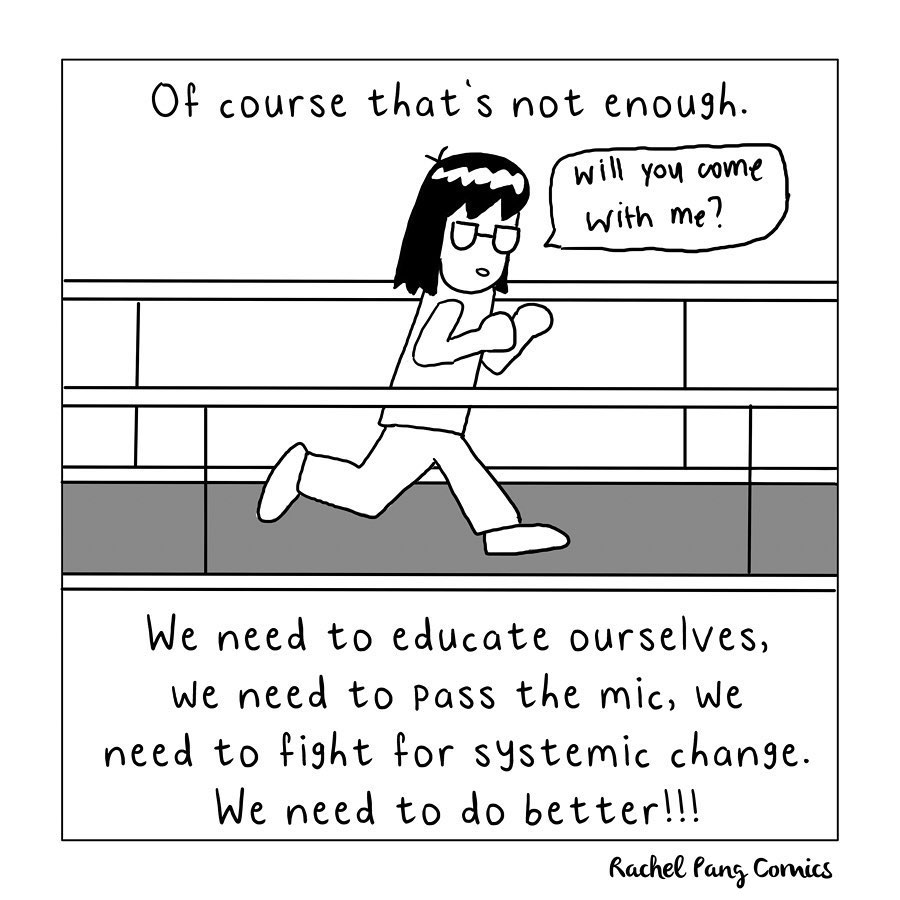 Some minorities experience microaggressions and judgments based on stereotypes. ‘Brownface’ incidents also can deny minorities of the representation they deserve and perpetuate racist norms.

Racism may be difficult to spot, and even harder to stamp out but we can spark change by treating everyone with mutual respect.

Have you experienced racism and microaggressions in Singapore? How do you fight against racism? Let us know in the comments below.