Prettipls ‘Brownface’ Saga: A Complete Timeline & What S’poreans Can Learn From The Incident 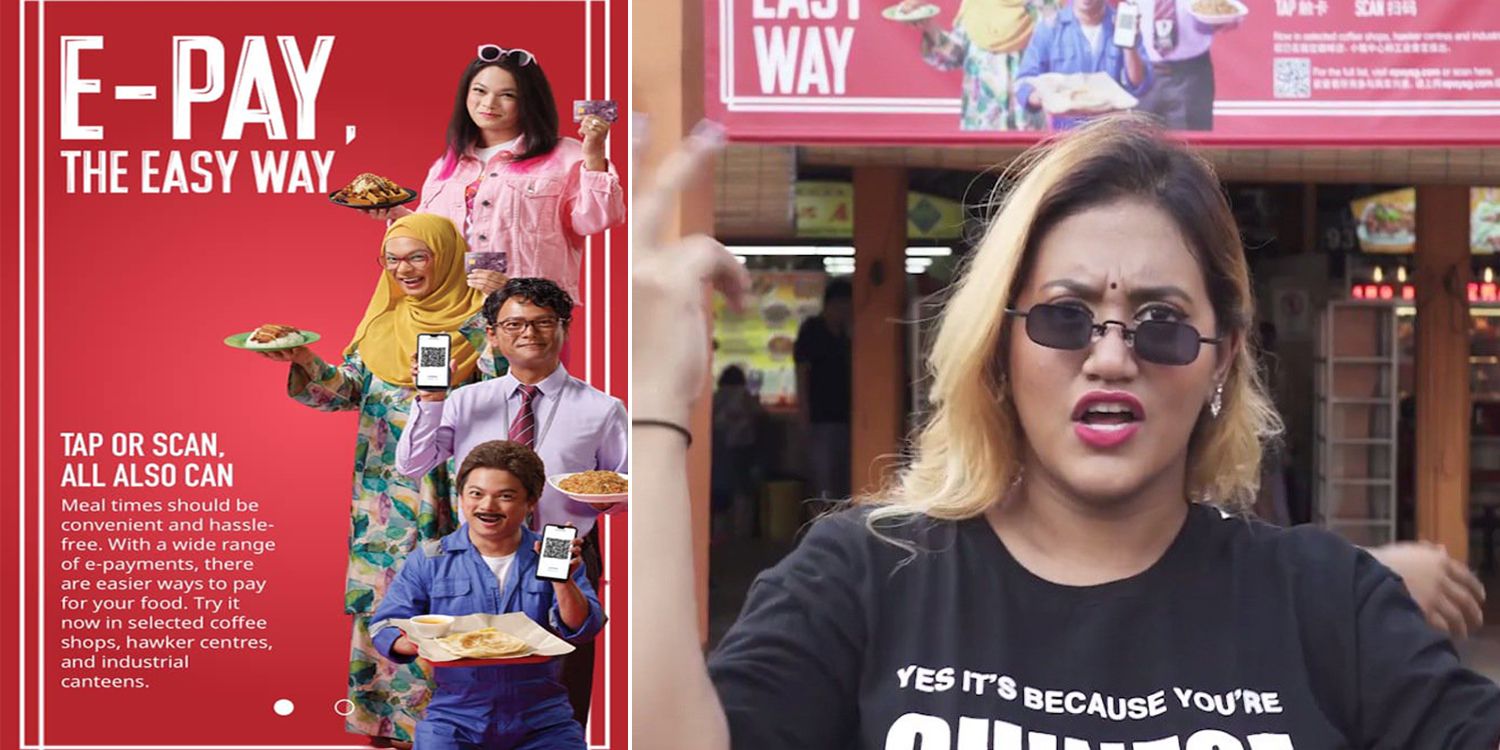 How should we resolve this issue in a way that's fair to everyone?

The ‘brownface‘ saga has taken Singapore’s social media platforms by storm, and Singaporeans are clearly split on the issue.

But if you aren’t caught up with the entire debate, here’s a complete timeline, as well as what Singapore can learn from it when it comes to preserving racial harmony.

The saga began when local actor and DJ Dennis Chew portrayed various characters in an e-payment ad. Most notably, a lady in a tudung and a man with “visibly darker skin“. 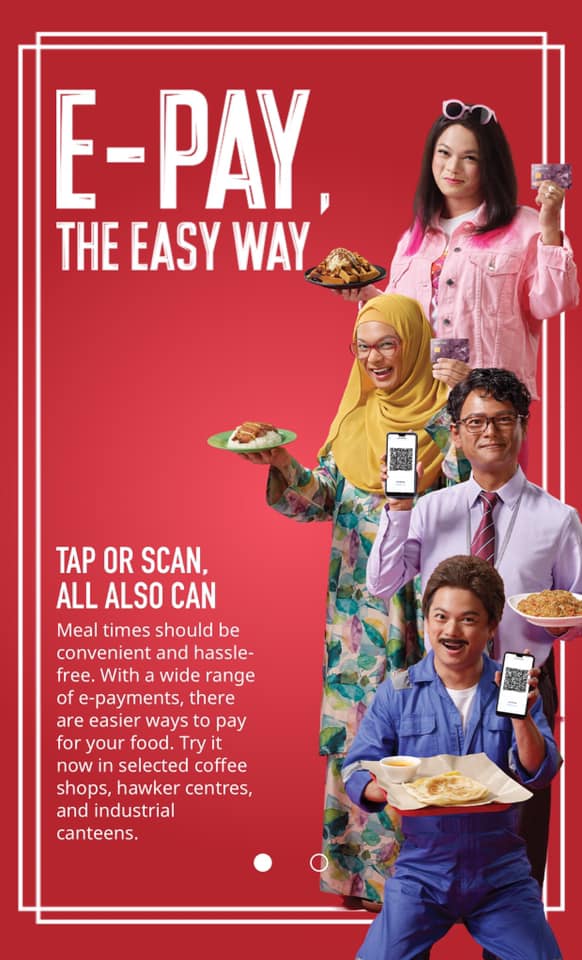 Netizens were furious over the ‘racially insensitive’ ad.

Many questioned why they couldn’t have hired actors of the respective races, instead of having to darken Mr Chew’s skin to portray a person of another race.

Another problem with the ad is its reliance on stereotypes to depict Indian men and Malay-Muslim women – like having a nametag that reads ‘K. Muthusamy’ and wearing a tudung. 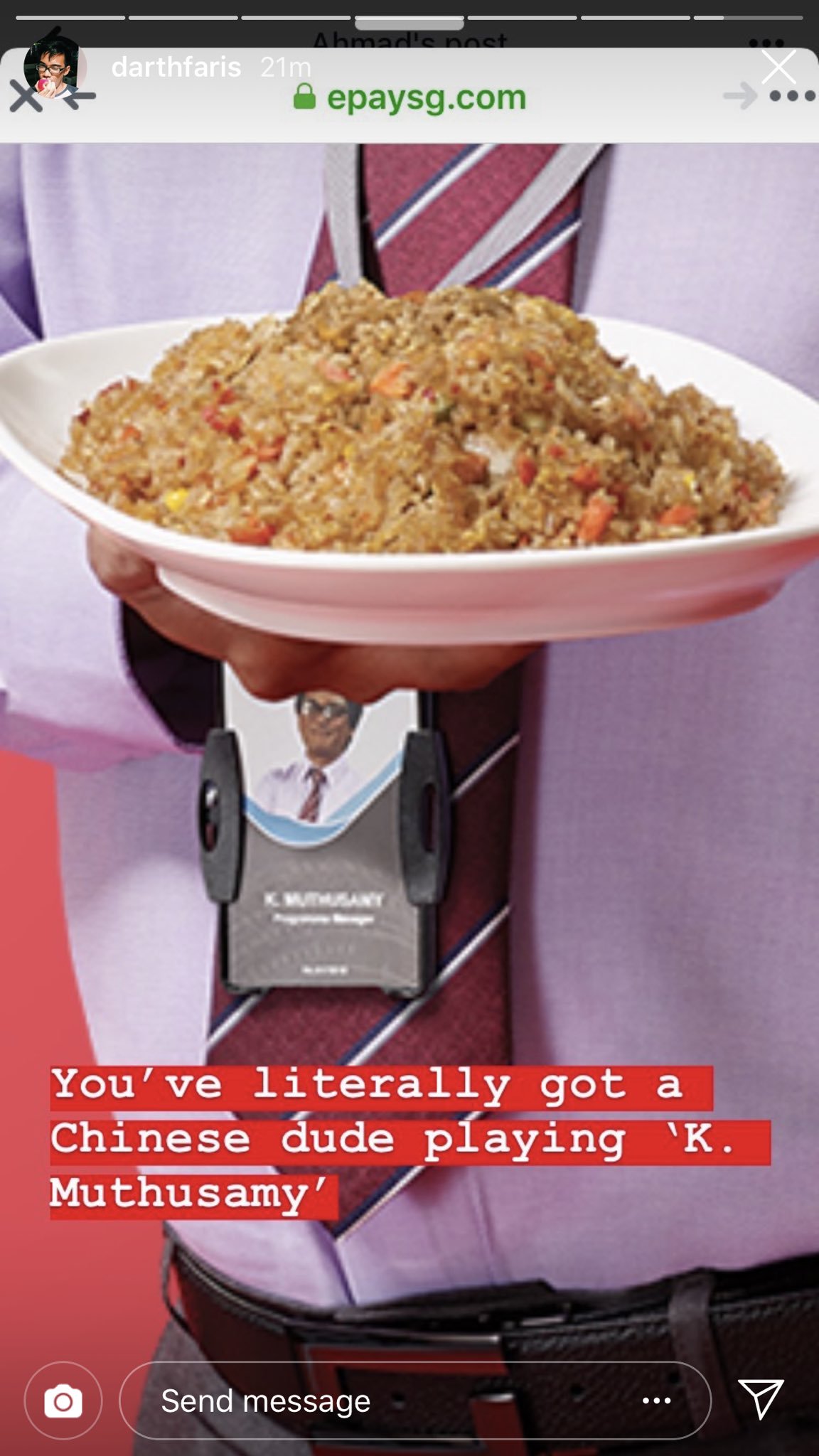 Subsequently, the ad was removed after backlash. Mediacorp and Havas Worldwide – the agencies behind the ad – apologised for “any hurt that was unintentionally caused”.

In response, Singapore YouTuber Preetipls, along with her brother Subhas Nair made a rap video addressing the issue and denouncing racists.

Someone made a police report, however, and the video was taken down after just one day.

Soon after, Minister of Law K. Shanmugam issued a statement, claiming that the rap video has gone “too far” by featuring four-letter words and directing attacks against a specific race

Other ministers like Dr Janil Puthucheary, Grace Fu, and Amrin Amin also weighed in on the issue, criticising the offensive and in-your-face nature of the rap video. 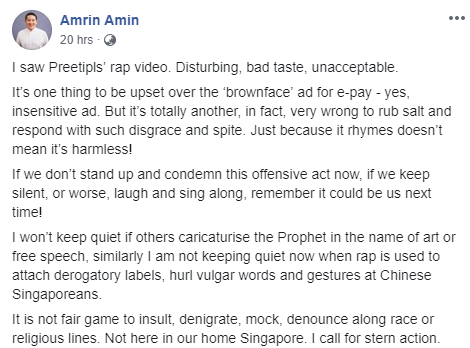 Although the video was taken down and most have not watched it, there are still copies being spread. Police advise to not redistribute the video.

The removal of the video also led to comments of varying nature from Singaporeans.

Some agreed that it should have been removed, as it suggested that the Singapore ‘system’ is “rigged in favor of ethnic Chinese“, which may lead to ethnic segregation.

On the other hand, some thought that it was unfair that the parties involved in running the ad got away with just an apology, while the police ran an investigation on Preetipls for her controversial rap video.

Others went as far as suggesting that members of different races are held to different standards when it comes to releasing ‘offensive content’. How can we resolve this in a way that’s fair for all parties?

At the time of this article, it is unknown what charges the parties involved in the rap video face, as police investigations are still ongoing.

The saga, however, has also raised a number of questions, on how we can continue to preserve racial harmony in Singapore.

For one, were we as a society fair in our treatment of both the e-pay ad and the rap parody?

Additionally, how can we resolve this issue in a way that’s fair to all parties involved?

Finally, moving forward, where do we draw the line between parodies and insensitive content that may offend others?

Whatever the answers, we hope society is more mature now in our understanding of how to preserve the peace, since the incident seems to highlight many issues that are pertinent to maintaining our racial harmony.