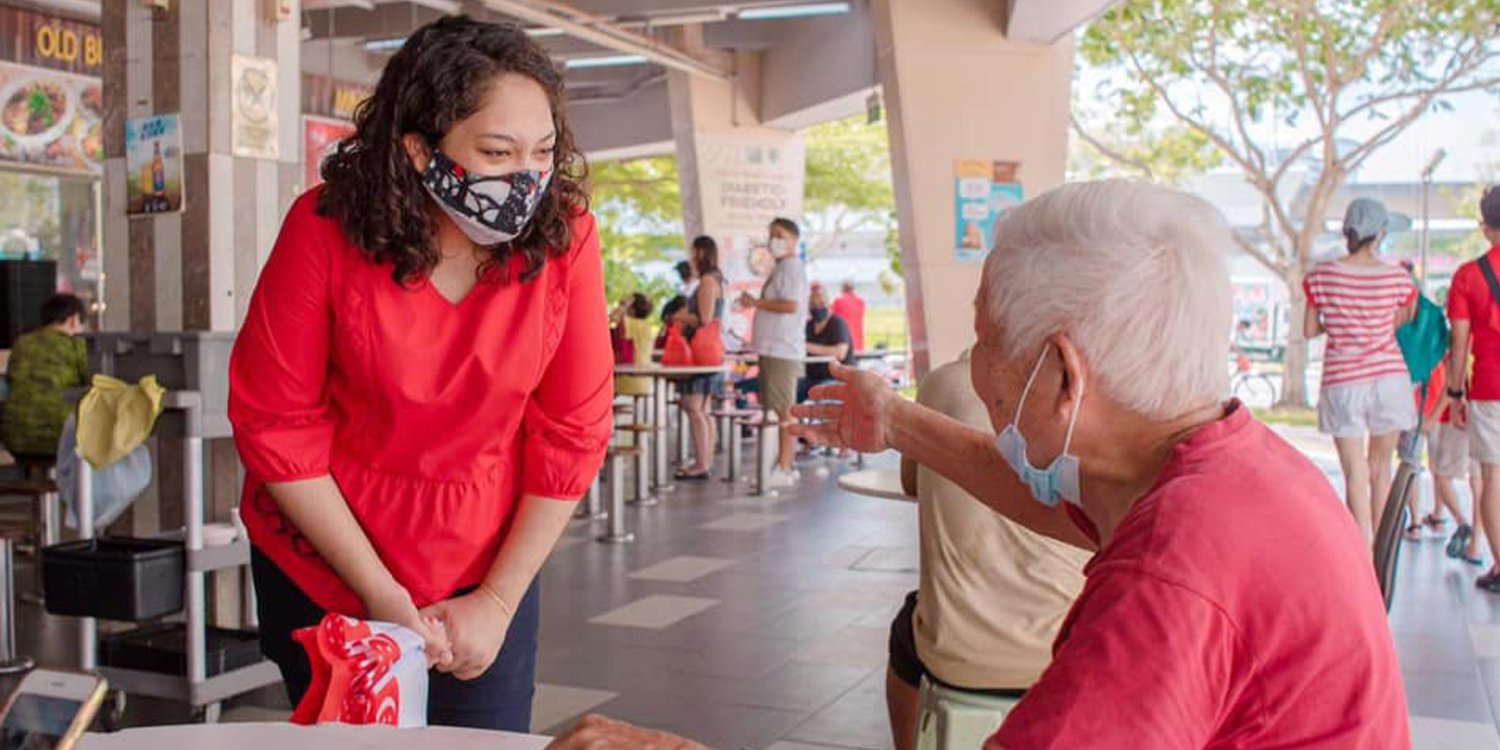 One of the victims of this was Sengkang GRC MP Raeesah Khan, whose Facebook posts in 2018 were reported for inciting racial and religious tensions.

Today (17 Sep), she received good news — she won’t be charged for making these statements, but was given a stern warning. 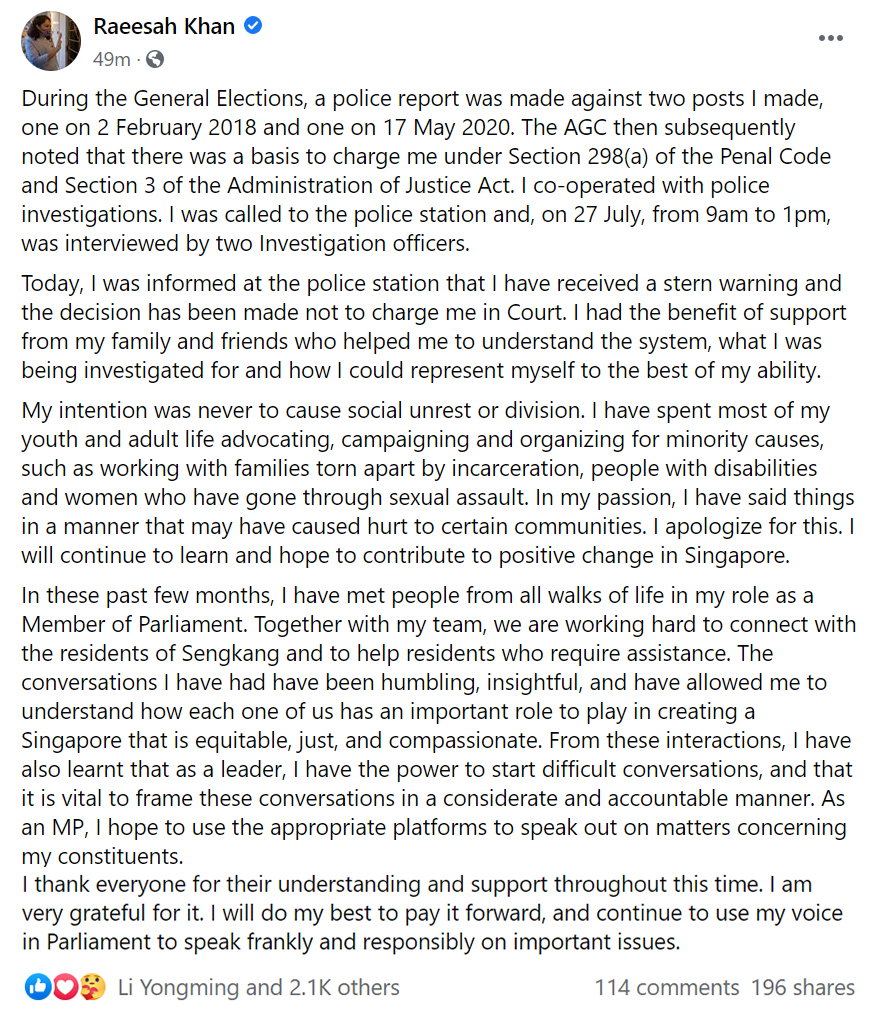 In her statement posted on Facebook, she thanked everyone for their support and hopes to continue using her voice in Parliament responsibly to speak on important issues.

Raeesah Khan thanks everyone for support

Ms Raeesah had cooperated with police following the police report, and on Monday (27 Jul), she spent a few hours interviewed by 2 investigating officers.

Of course, during this time, Ms Raeesah was busy with matters concerning Sengkang GRC, which her team of Workers’ Party members won at GE2020. 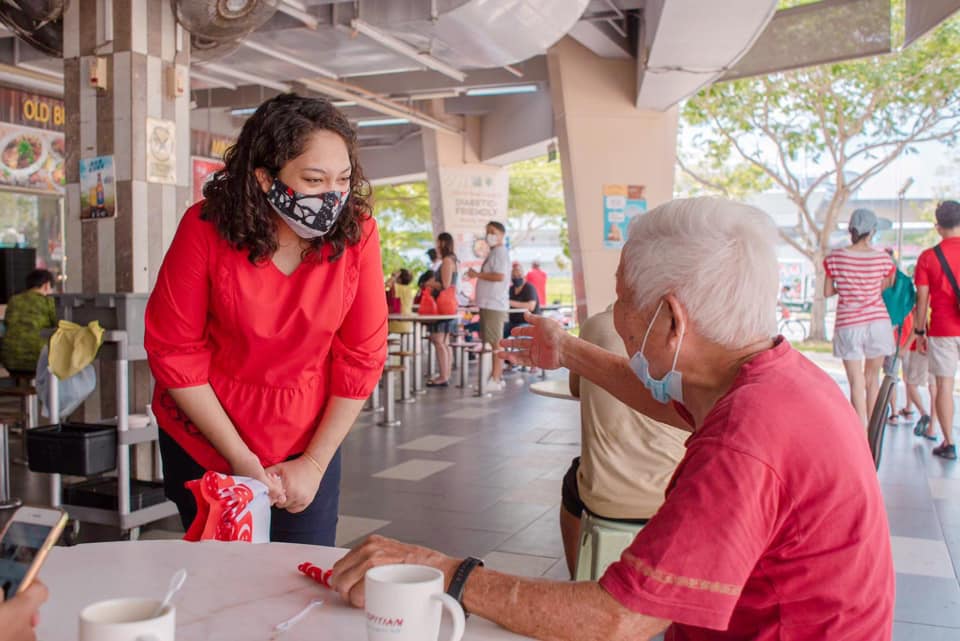 Today, police decided they’d take no further action. She thanked her family and friends for the support she received during this time.

Ms Raeesah repeated her assertion made during GE2020 that she never meant to cause social unrest.

She also acknowledged that the manner she made her posts were insensitive, and again apologised for wording them that way.

Has power as leader to start conversations

During and after becoming an elected MP, Ms Raeesah had the chance to meet many different people.

Through these experiences, she learned that she holds great power as a leader.

However, she also learned that she needs to frame difficult conversations in a considerate and accountable manner.

As an MP, she’ll be able to raise these issues using the appropriate channels to especially help her constituents.

The way police reports were weaponised during GE2020 isn’t cause for celebration or repeat.

Certain parties also took the chance to use the police reports, and it’s fair to say that this backfired spectacularly, with netizens turning out to support Ms Raeesah.

There arguably might’ve been a shift towards the WP in Sengkang as a result of these proceedings.

Regardless, it’s not very nice to waste the police’s time on pressing concerns they could be investigating instead.

It’ll be a learning lesson for Ms Raeesah and hopefully, along with every other elected MP, she’ll raise the uncomfortable issues that need addressing using the right channels and tone.