A visit to the Singapore Zoo would probably find you surrounded by tons of little children.

That can be now be said of baby reptiles too.

As part of RepTopia – the zoo’s amphibian and reptiles branch’s – first anniversary, they’ll be showing off the ultra smol animals that they’ve managed to breed at their zoo exhibit.

These are the reptiles we think you should definitely greet, if you’re heading down for a visit soon. 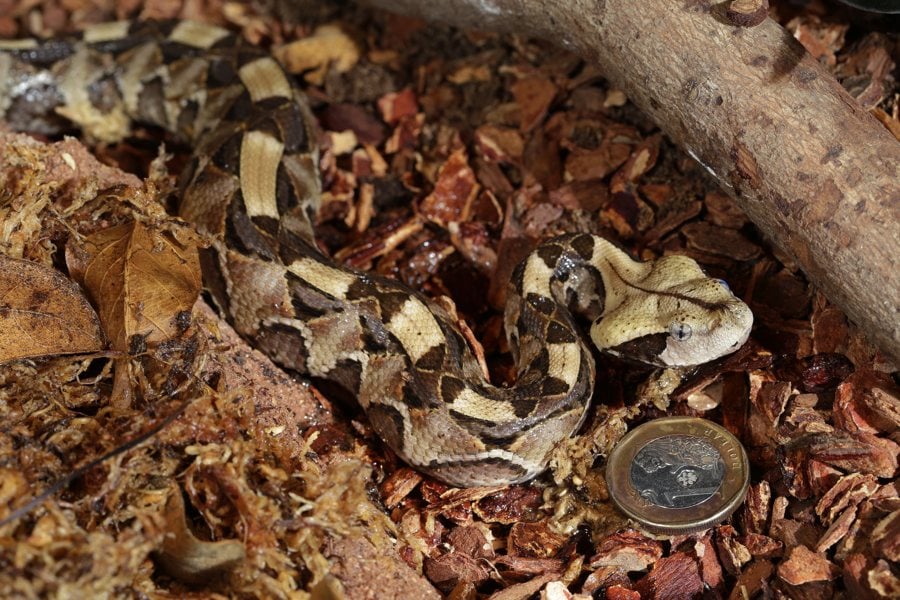 The gaboon viper holds the dubious honour of being the snake with the world’s longest fangs of up to 5cm.

A gaboon viper produces more venom than any other snake — enough to inject lethal doses into 30 men.

It doesn’t help at all that it has the ability to deliver the most venom within a single bite.

Young vipers are no disappointment to their parents — small as the babies may be, they are born with fully functioning venom delivery mechanisms.

Thankfully, these snakes tend to be quite docile, and there have been very few bites recorded globally thus far.

For good or for bad, RepTopia managed to breed 6 of these. Standing tall at a height of 5-8 cm, you’d think that adult electric blue geckos have had their growth stunted.

Then you look at their juveniles, which are teenier than our dollar coin, and you know that some creatures are destined to be small. 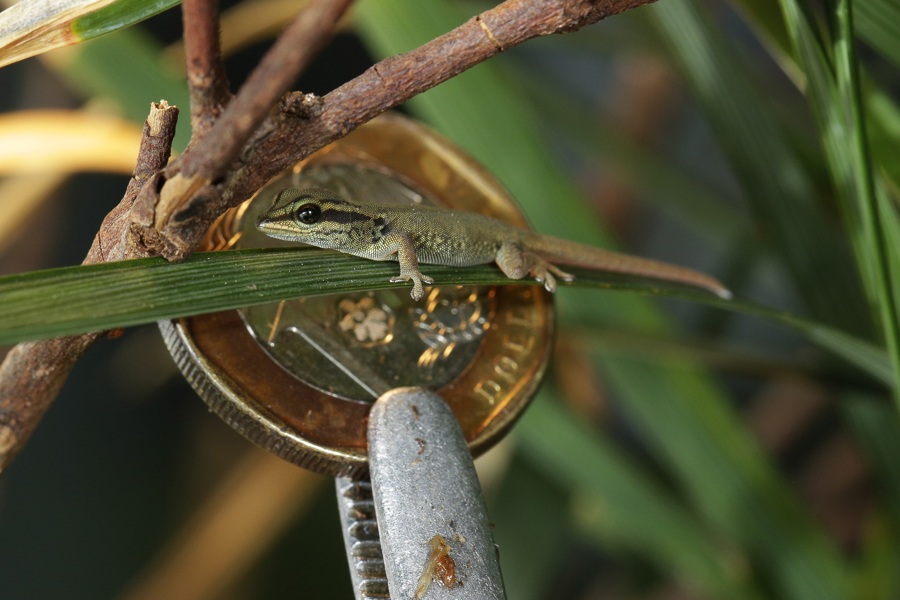 Petite as they may be, they sport magnificent coats of electric blue and green, the former for males and the latter for females and babies.

This precious breed is also on the IUCN Red List of Endangered Species, classified worryingly as “critically endangered”.

Breeding 6 of them in our zoo, is an incredible achievement indeed.

Few reptiles have the ability to melt our hearts they way this baby panther chameleon can. 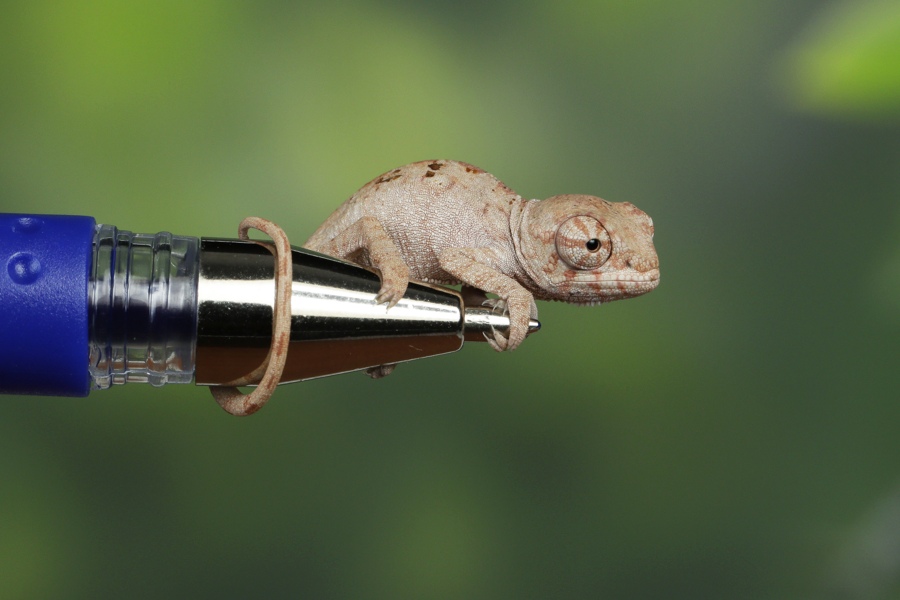 But that’s not its only talent. 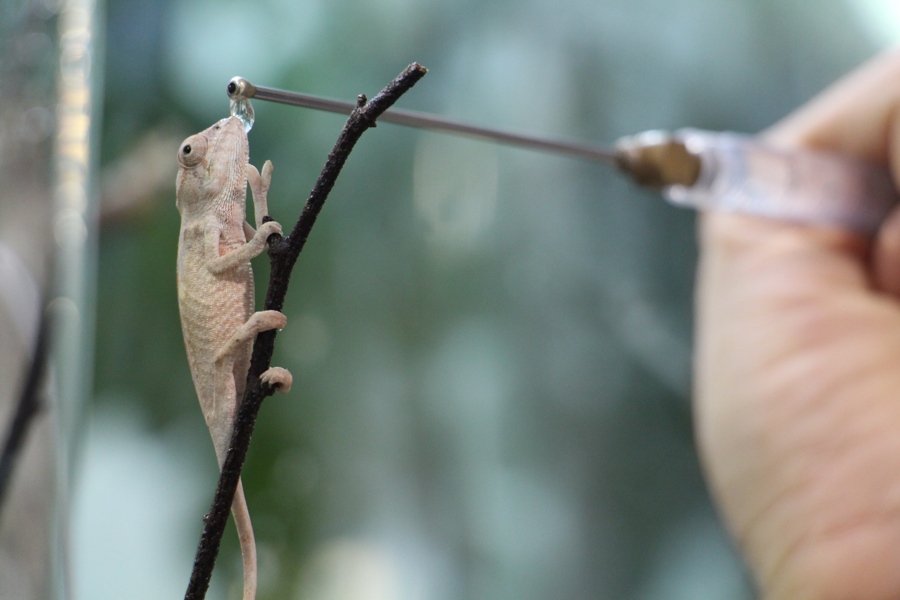 It can grow many times its height, from a mere few centimetres to 40cm long (males). 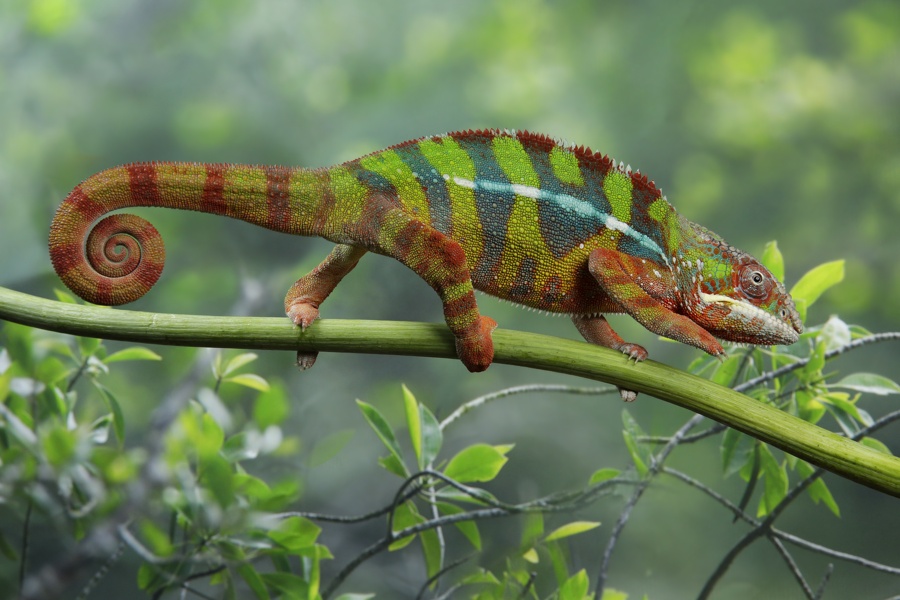 Reptopia has successfully made the world a better place by breeding 40 baby Panther Chameleons.

Golden poison frogs, don’t be mistaken, are anything but golden. Penny for your thoughts?
Photo courtesy of Wildlife Reserves Singapore

This frog is a master of being everything. Environmental conditions typically determine what it will look like and whether it will be poisonous. 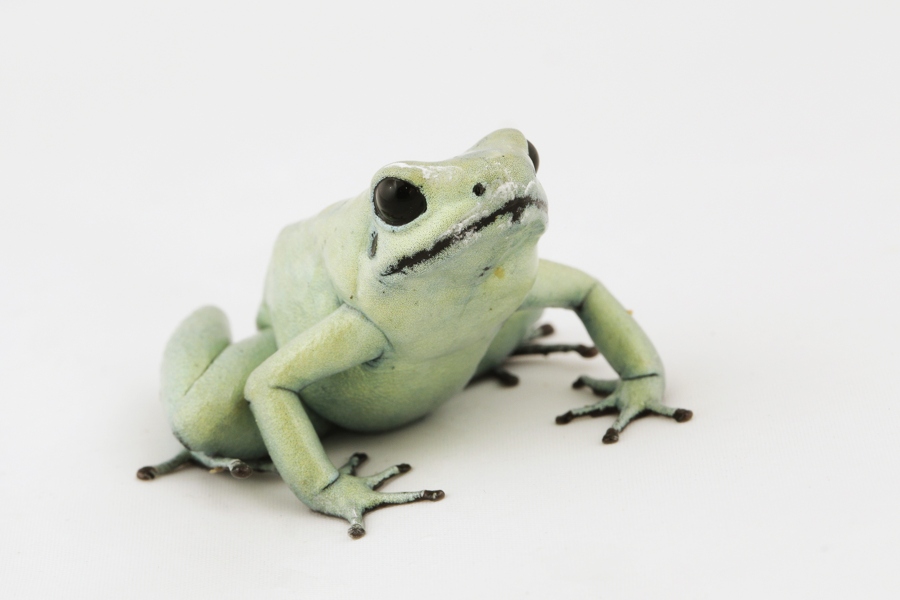 They will end up orange, yellow or mint-green, depending on their colour morphs.

Wild golden poison frogs are known to absorb poison from their food and deposit the toxins on their skin. They can carry loads of toxins with them — enough to kill 10 men.

Fret not, the ones at the zoo are not poisonous because they are fed a captive diet.

Like the electric blue gecko, are amphibian friends are also an endangered specie. 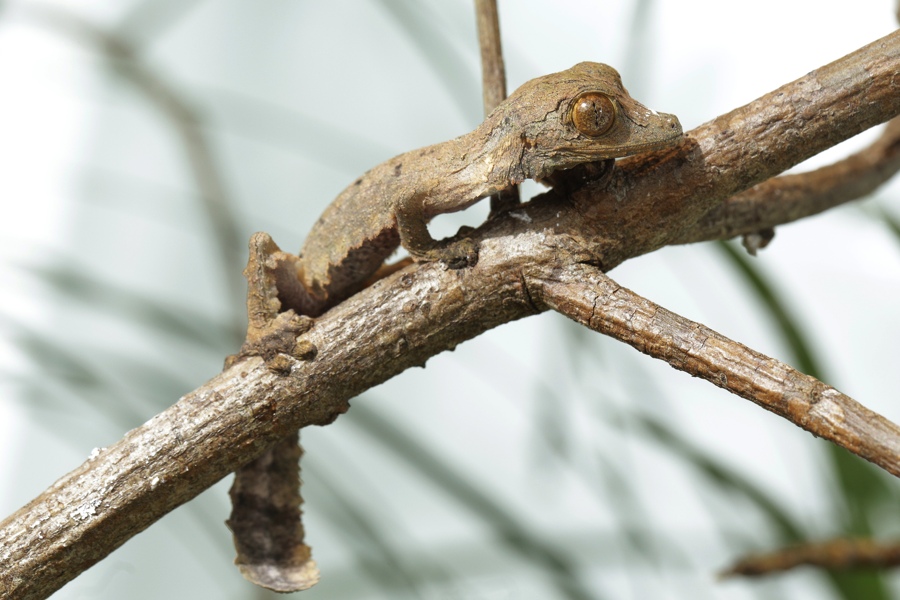 If you are familiar with the nosiy geckos that haunt our holiday hotspots, Indonesia and Thailand, you can be sure of only one thing — they look really, splendidly, cute.

Henkel’s leaf-tailed gecko is no exception, although the pretty creature prefers to not be seen.

Our friend, who likes to pretend to be part of a tree branches, is also sadly classified as an endangered species.

1/3 of all amphibians face extinction

Almost one-fifth of all reptiles and close to a third of all amphibians are threatened with extinction.

Some, like our gecko friends, are threatened because of habitat destruction.

Against this backdrop, it is all the more critical that RepTopia has been able to breed so many of these species.

There is a separate opportunity for enthusiasts to get a closer look at the animals.

For $98/adult or $65/child, the public can opt for a behind-the-scenes tour to hold, feed and engage in other interactive activities with the animals.

These tours will be conducted by professional guides and highly skilled keepers, so you can be rest assured the gibbon viper won’t be having you for lunch.

Details of the tour are as follows;

Support conservation at all costs

It’s not everyday that we get to see these cool creatures.

Mostly, they are tucked away in remote Madagascar or somewhere faraway like Colombia.

We think it’s wonderful that we can pop by the zoo to have a look at them.

And more importantly, support our zoo’s efforts for their conservation.