This is regardless of their size, and breeds as per regular HDB regulations.

Ministry of Defence (MINDEF) announced the good news for animal lovers in a press release on Monday (13 Aug), which can be found in full here. 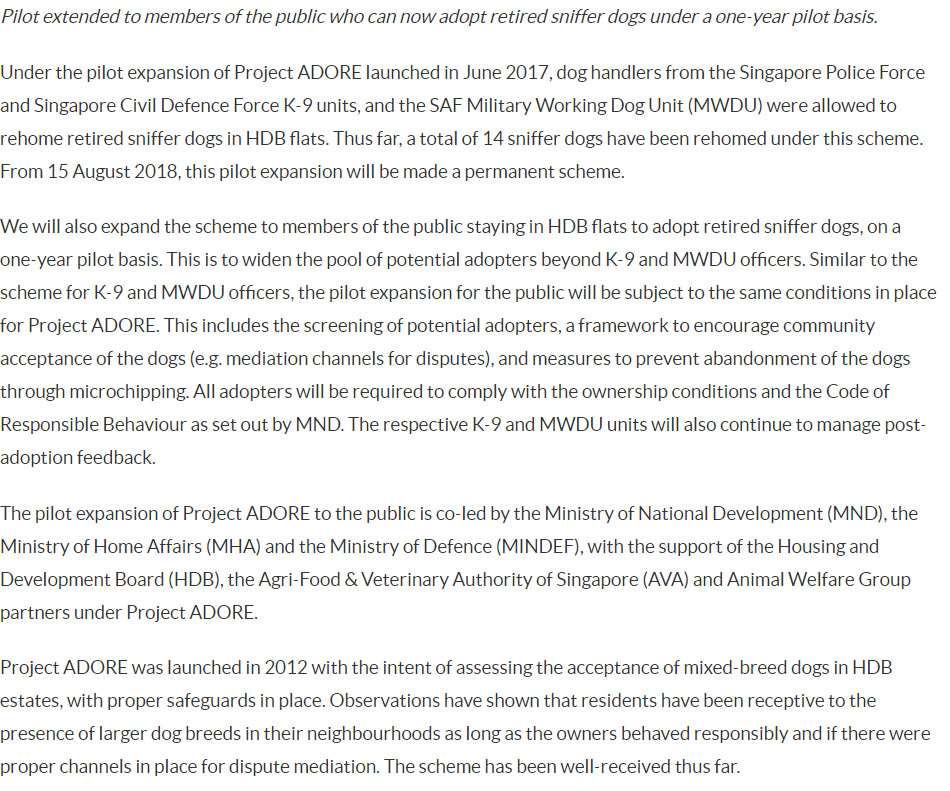 Through this adoption scheme, MINDEF plans to expand the pool of adopters available, which only sounds like good news to all dog lovers in Singapore.

Under this scheme, adopters can look forward to dog breed such as Labradors, English Springers, Cocker Spaniels and Pointers, which were not included in HDB’s list of approved dogs previously.

Do take note however, that potential adopters are still subjected to certain conditions to ensure that the dogs’ welfare are taken care of.

Sniffer-dogs deserve the best in their retirement years

Having served our nation during their prime years, its only fair that these ex-sniffer dogs gets showered with plenty of love during their years in retirement.

14 sniffer dogs were rehomed through this scheme, which will be made permanent on Wednesday (15 Aug).

Needless to say, this must be a dream come true for all the dog handlers involved, having spent so much time working together with their canine companions.

Under normal circumstances, dog keepers residing in HDB flats are subjected to strict guidelines by the authorities.

According to these guidelines, HDB dog keepers can keep only one dog from the HDB list of approved dog breeds per apartment.

Here’s a list of the HDB approved dog breeds: 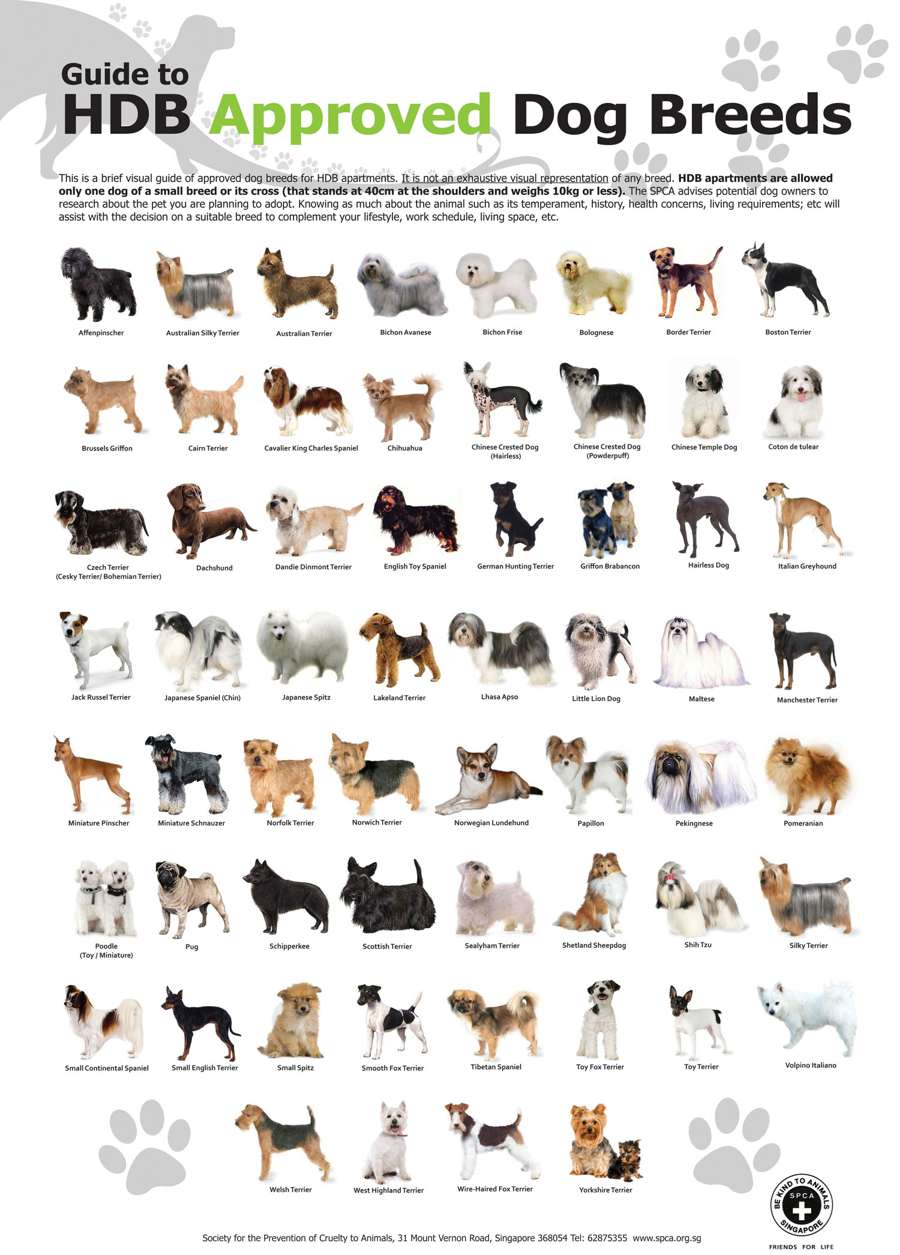 Cross-breeds of these approved species are allowed, but must not be taller than 40cm in height, or heavier than 10kg in weight.

Dog keepers can be fined up to a maximum of $4,000 if they are found guilty of breaching these rules.

Here’s a compilation of dog breeds that are not allowed in HDB flats: Netizens’ reactions to this new adoption scheme have been largely positive.

Others warned against adopting older dogs.

The next adoption drive will be soon

Members of the public who are interested in adopting these dogs should stay tuned to MINDEF’s Facebook page where the next adoption drive will be announced.

We hope all potential owners practice responsibility when adopting these dogs.

After all, that’s the least they deserve considering all they’ve done for our nation.