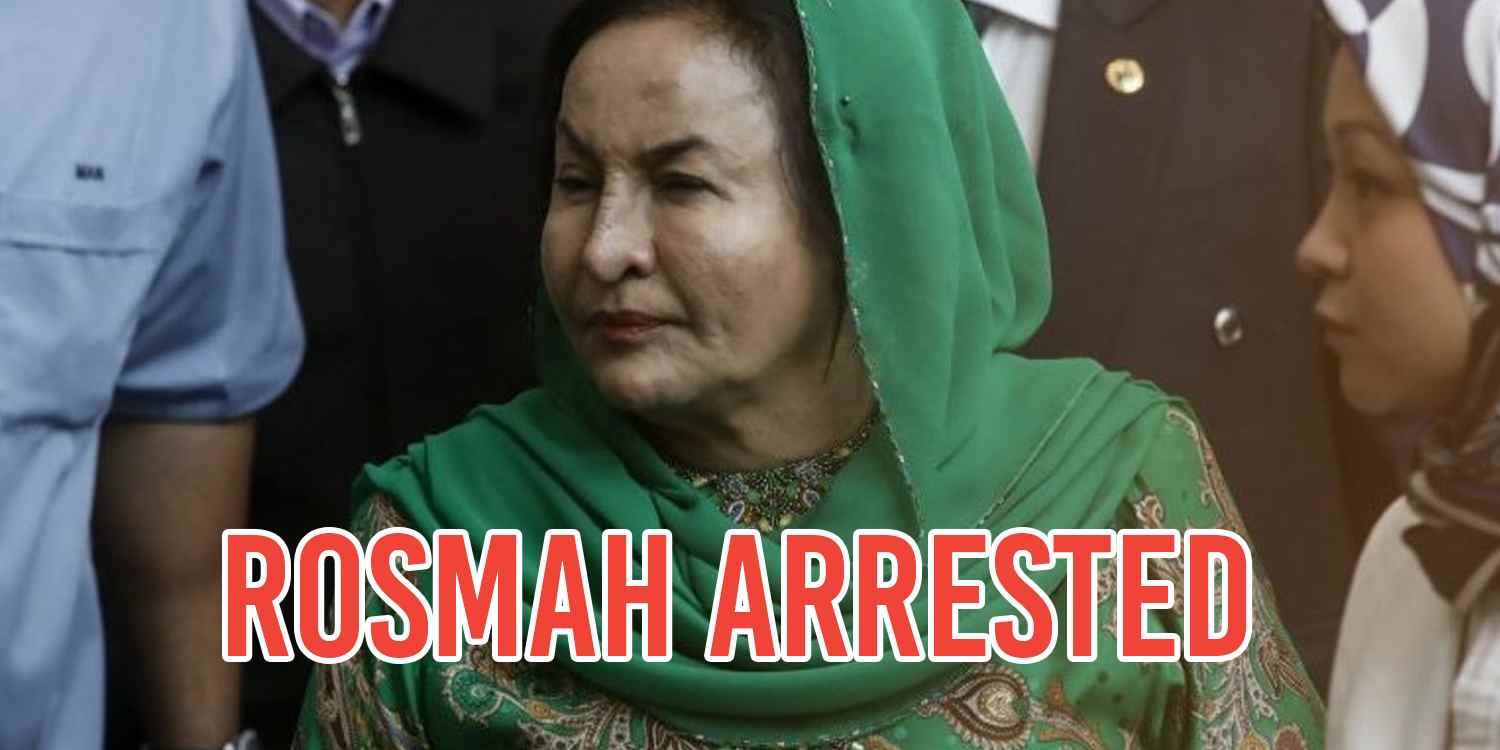 Rosmah Expected To Be Charged For Money Laundering On Thursday

She was arrested at around 3.20pm, while she was giving her statement to the Malaysian Anti-Corruption Commission (MACC).

Mdm Rosmah will likely be charged with money laundering on Thursday.

Earlier on Wednesday, the 66-year-old had arrived at MACC headquarters with 2 lawyers at 10.42am. She had been due for a 3rd round of questioning at the commission.

Clad in green, she appeared calm and collected as she walked past members of the media.

According to a source, Mdm Rosmah was,

being probed under section 4(1) of the Anti-Money Laundering and Anti-Terrorism Financing Act 2001 for receiving and transferring funds obtained from money laundering activities.

The purchase of RM1 million (S$332,000) worth of anti-ageing products from the US was also reportedly discussed during Wednesday’s integration.

Mdm Rosmah was questioned twice by the MACC before this:

Her husband, Mr Najib was also the subject of investigation on Wednesday.

Mr Najib appeared at the Anti-Money Laundering Investigation Force at 9.40am today, before being interviewed for 3 hours until 1.05pm.

The beleaguered politician was clearly not in the mood for media attention. He gave the media the slip twice by arriving 20 minutes early in the morning and heading to his car straight after his interview with the police.

Earlier in September, Mr Najib pleaded not guilty to 25 charges pertaining to abuse of power and money laundering, linked to  millions of dollars he received in his private bank account.

He currently faces 32 charges as investigators step up efforts to investigate how billions disappeared from 1MDB, the Malaysian state-fund that he founded and chaired.

Featured image from The Nation.