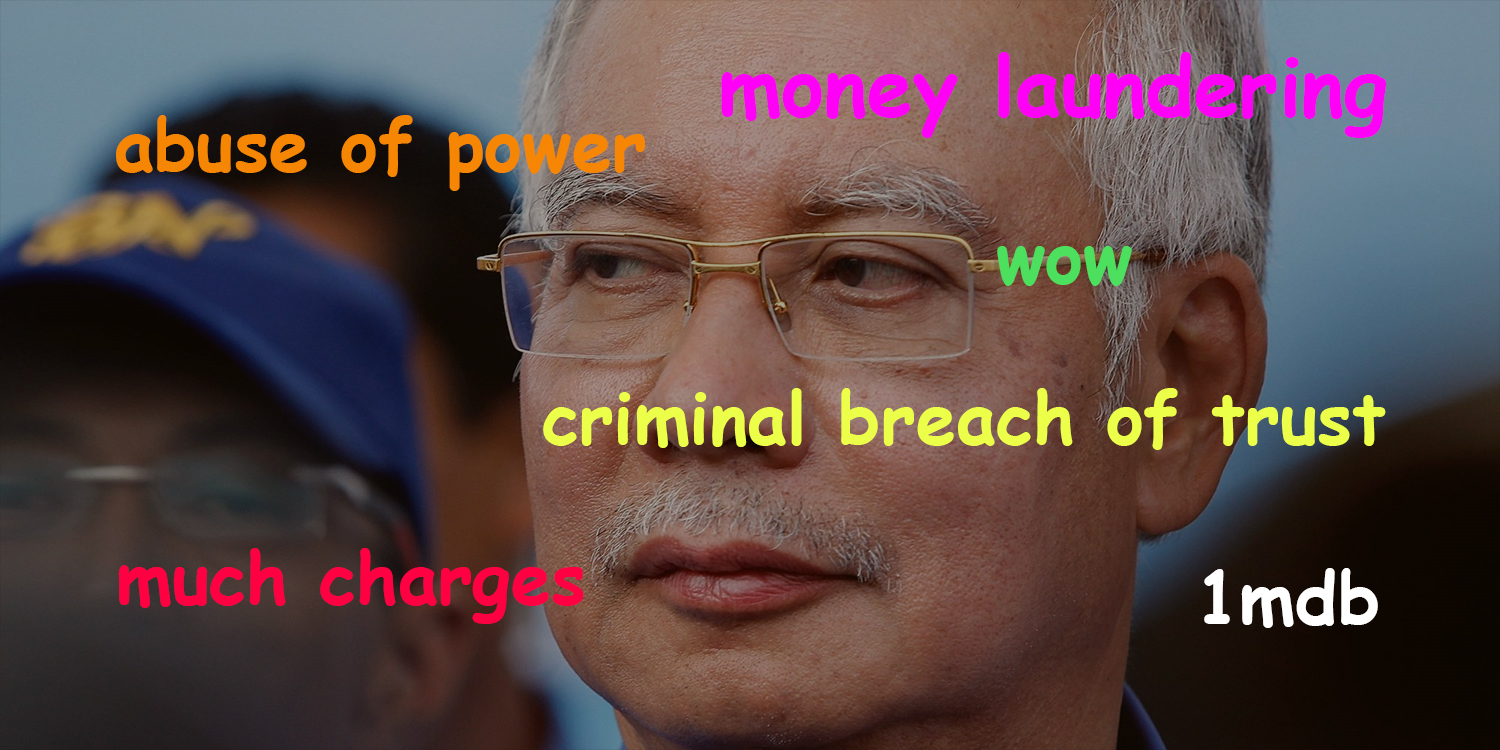 First there was the bombshell arrest. Now comes the juicy charges faced by former Malaysian Prime Minister Najib Razak. On Wednesday (8 Aug), the 65-year-old was hauled to court yet again, where he was charged with money laundering.

He was charged under Section 4(1) of the Anti-Money Laundering, Anti Terrorism Financing and Proceeds of Unlawful Activities Act for:

The charges have to do with RM42 million (S$14 million) he allegedly received from SRC International, a former 1MDB subsidiary.

Mr Najib faces up to 15 years in prison for each charge, as well as a fine. No surprise that he pleaded not guilty to the charges.

These latest charges add to the growing list that Mr Najib faces. Last month, he was charged with 3 counts of criminal breach of trust (CBT) and 1 count of abuse of power.

The CBT charges relate to his capacity as Prime Minister, Finance Minister and Advisor Emeritus of SRC International. In these roles, he allegedly misappropriated funds through various Malaysian banks.

And then there’s the abuse of power, which relates to a RM42 billion bribe. As part of the bribe, he allegedly served as a guarantee on behalf of the Malaysian government for a loan worth RM4 billion.

Mr Najib faces a jail term of up to 20 years for each of these charges. So if he’s found guilty and receives the maximum penalty, he’ll be in jail for 125 years. That’s a very, very, very long time.

He may also be fined 5 times the bribe value, which works up to a whopping RM210 million.

But good news for Mr Najib: he will definitely be exempt from caning, since he’s too old.

It was only in June that Prime Minister Mahathir Mohamad stepped forward to say that investigators had an “almost perfect case” against Mr Najib.

Nonetheless, the SRC monies comprises only a small fraction of the 1MDB scandal, and we’re waiting for more to come to light.

Can’t keep up with the whole 1MDB scandal? Check out this tl;dr.