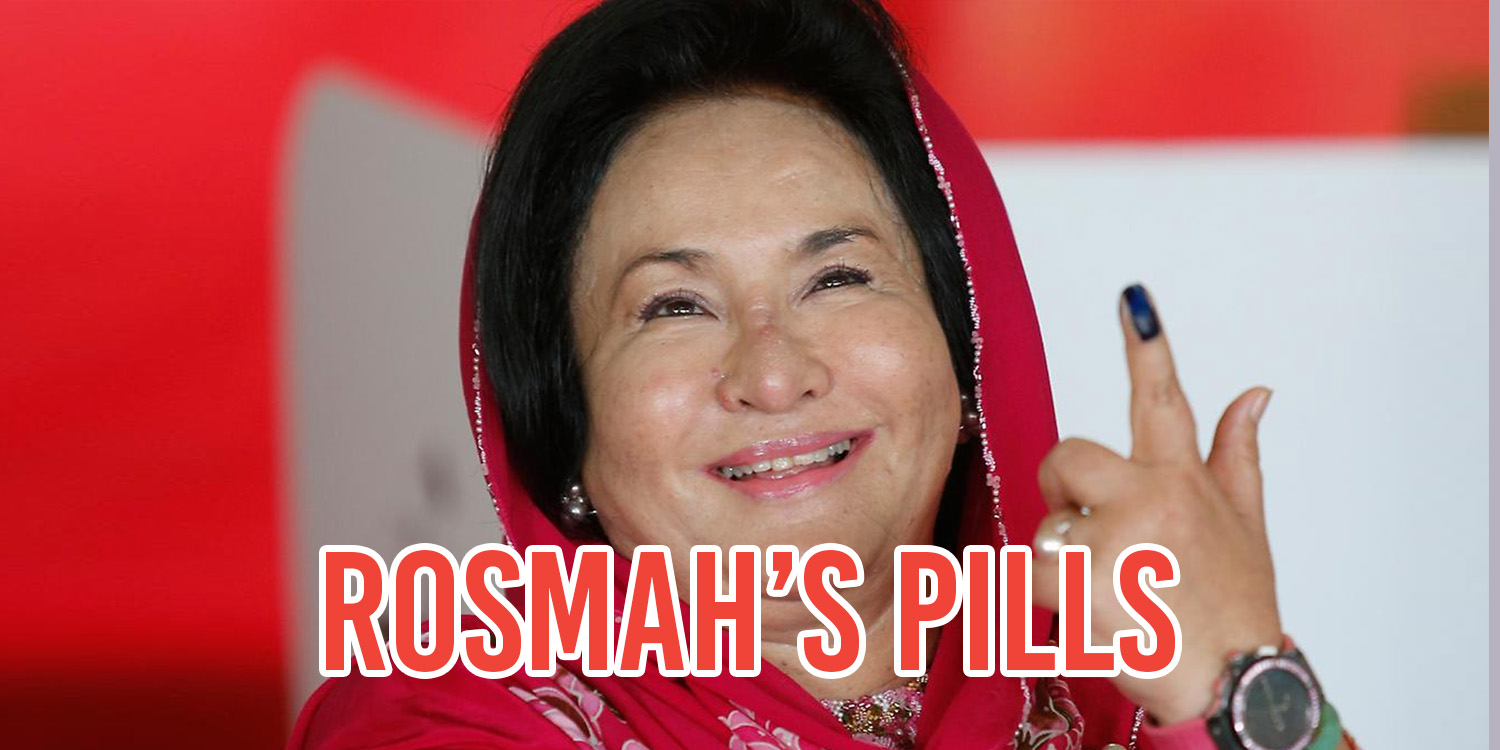 Madam Rosmah Mansor‘s days as a free woman may be numbered, as Malaysian authorities are reportedly preparing to slap 20 charges of money laundering on her.

While it’s great that justice is being served, we couldn’t help but be drawn to the juicy details of Mdm Roshmah’s indiscretions.

Malaysia’s The New Straits Times (NST) reported that Mdm Rosmah allegedly bought RM 1 million (S$330,000) worth of anti-ageing products from the United States. The sum is believed to be from stolen 1MDB funds.

And that wasn’t all Mdm Rosmah bought. She also reportedly purchased oral dietary supplements. These supplements can reportedly:

They can also enhance growth hormone levels by up to 600%, according to the NST report. Mdm Rosmah allegedly wrote a cheque to a “Datuk” doctor in 2015 for these miracle supplements.

Another product Mdm Rosmah bought was a 100% plant-based supplement that promotes youth, vigour and vitality.

Another one bites the dust

If Mdm Rosmah is charged, she will be the latest member of her family to face criminal action. In August, her husband faced multiple charges of:

Mr Najib faces a jail term of up to 20 years for each of these charges. So if he’s found guilty and receives the maximum penalty, he’ll be in jail for 125 years.

He may also be fined 5 times the bribe value, which works up to a whopping RM210 million (S$70 million). But on the bright side, he’ll definitely be exempt from caning, since he’s too old.