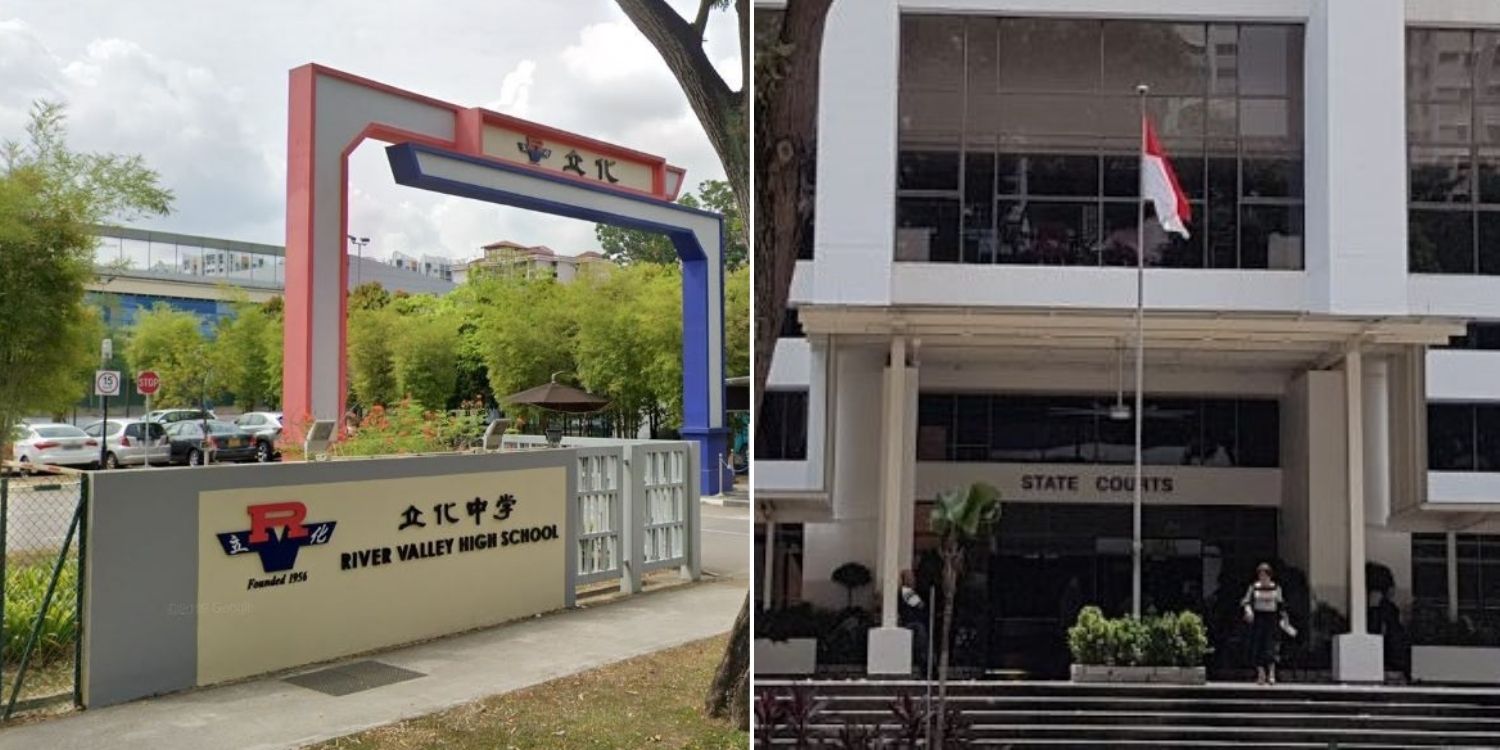 The accused's parents were not in court.

Singaporeans, especially those with school-going children, are still in shock over the alleged attack in River Valley High School (RVHS) on Monday (19 Jul).

A 16-year-old RVHS student, who’s accused of causing the death of his 13-year-old schoolmate, has been charged in court with murder. 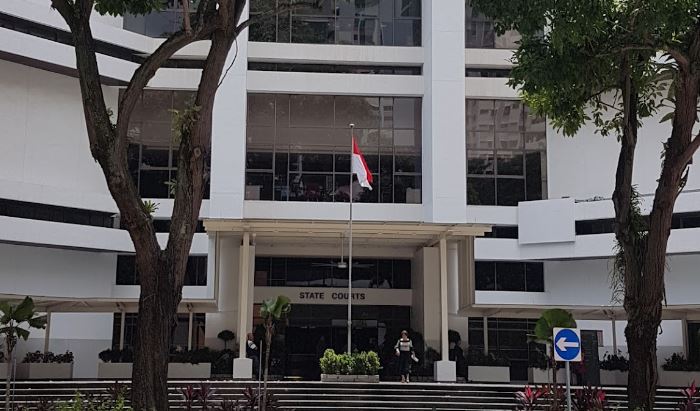 More details emerged during the hearing, including that he had prior mental issues and attempted suicide in 2019.

In a Facebook post on Tuesday (20 Jul), Law and Home Affairs Minister K. Shanmugam expressed his shock over the case.

He also revealed a few details that weren’t previously known by the general public. 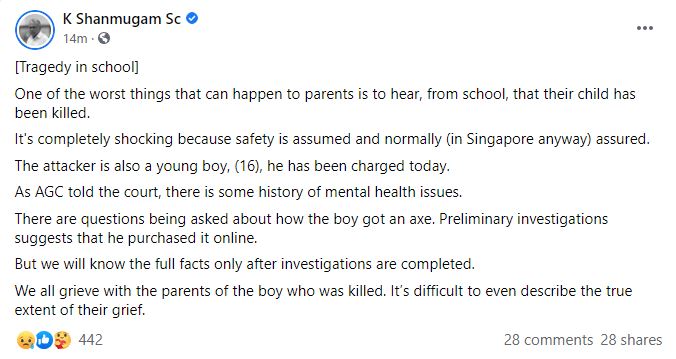 One of them is that the Attorney-General’s Chambers (AGC) had told the court about the suspect’s mental health issues.

In 2019, when he was 14 years old and in Sec 2, the boy attempted suicide, a police prosecutor said in court as quoted by Channel NewsAsia (CNA).

The police had to intervene and took him into custody for his own safety.

He was then admitted to the Institute for Mental Health (IMH) and later discharged. Due to this history of mental issues, the prosecutor recommended a psychiatric evaluation.

Concurring, the judge ordered for him to be remanded for observation for 3 weeks.

It’s not often that we see a teenager running around with a dangerous weapon like an axe.

On top of that, he allegedly managed to bring it to school. Many would wonder where he got it from.

Mr Shanmugam said according to preliminary investigations, he bought it online. He didn’t elaborate on the details of the website or delivery.

In a statement after the boy’s arrest, the police said that they had seized an axe as a case exhibit.

Parents not present in court

The boy’s lawyer, Mr Peter Keith Fernando, told CNA that on Monday (19 Jul) night, his parents had hired him to represent their son in court.

However, they also told him that they wouldn’t appear in court.

In fact, it was quiet in court on Tuesday (20 Jul) – besides court officers, the police and media, nobody else was there.

The accused himself appeared via video link, dressed in a red shirt. According to TODAY Online, he appeared tired and dishevelled.

As for more details of the incident, court documents showed that the victim was allegedly killed in a toilet on the 4th floor of RVHS. 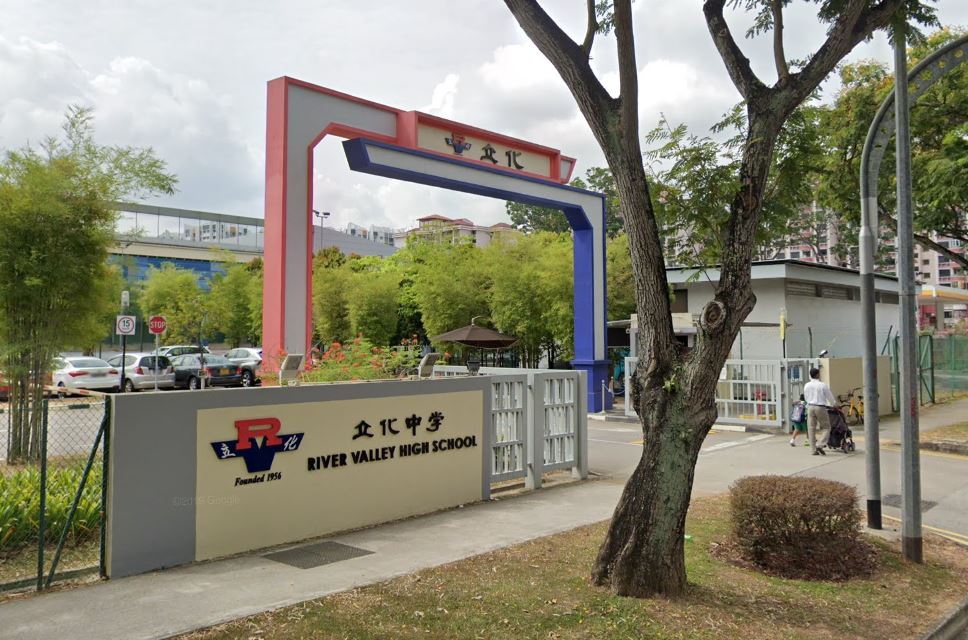 Though the accused was charged with murder, the death penalty cannot be meted out to an offender who was below 18 when he committed the crime.

If convicted, he will be sentenced to life imprisonment instead.

Do refrain from speculation

Though many people will be longing to know more details about the case, do think of the families of both boys, who must be going through unimaginable grief.

As we await the accused’s return to court on 10 Aug, do refrain from speculating on the case to avoid causing the families more trauma.

The only thing ordinary folks can do now is pay tribute to a young life lost.

MS News extends our deepest condolences to the families and friends. We hope they will be able to find peace and closure in time to come.