Must Share News – Independent News For Singaporeans
Home Current Affairs Health SafeEntry Now Made Faster By Tapping Your iPhone, Thanks To Latest iOS14...

SafeEntry Now Made Faster By Tapping Your iPhone, Only Works With iPhone 8 & Above

Singapore’s been in Phase 2 for most of the year now, and if you’ve been shopping in the malls and eating out like most Singaporeans, you’ll be intimately familiar with the necessary inconvenience of SafeEntry.

It’s very common now – especially during busy hours – to see people bunched up in front of mall entrances in order to scan a QR code so they can “check in” to the premises for the purposes of contact tracing.

Luckily, the chore of searching for an app to open a scanner is now made easier for iPhone users, thanks to Apple’s iOS14 update and the SingPass app.

Back Tap feature works on iPhone 8 & above

Apparently, iPhone models 8 and above have a feature called “Back Tap”.

With this feature, users just need to double tap their iPhone once, and the scanner will immediately appear for you to scan the QR code.

We know that many don’t check out due to the hassle. Well, now it’s made easier — you can also triple tap the back of the phone to check out.

However, the following requirements must 1st be met to use this feature:

How to activate this feature on your iPhone

If you meet the above requirements, how do you activate your phone to use this feature?

You can do this by going to “settings” in the app, and selecting “Siri voice commands”. You’ll see this screen.

Go to your phone settings, and tap on “Accessibility”. In the “Accessibility” screen, click on “Touch”, then in that screen, tap on “Back Tap”. 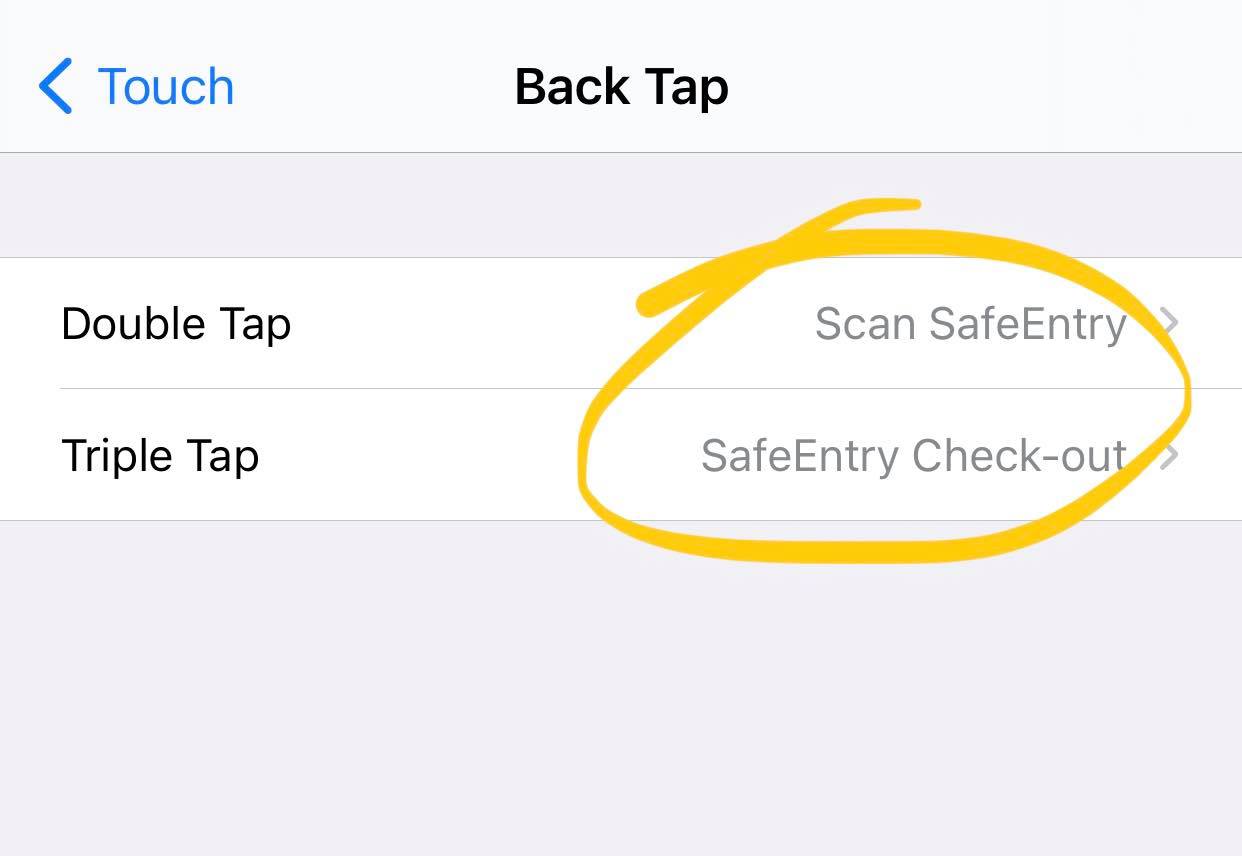 Restart phone if shortcut is missing

If you’ve already added the shortcut, but can’t see it when you tap on “Double Tap”, mrbrown also had a piece of advice.

He said it may be because you haven’t opened the Shortcuts app before, so try doing it once, then restarting your phone.

Also, it’s important to note that Back Tap won’t work if your phone isn’t unlocked first.

That may be an extra step, but as locking your phone is a security feature, it kind of defeats the purpose if something can be done without unlocking it.

Ultimately, other than being able to lord it over your non-iPhone-using friends, the Back Tap feature saves users a bit of time when performing the chore of SafeEntry. 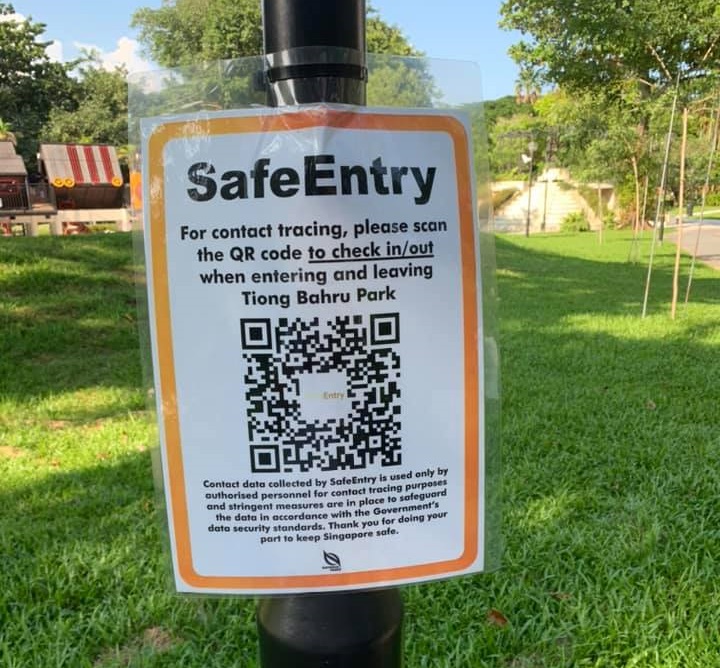 And less time spent clogging a mall entrance just to scan QR code, means less chance of potentially getting infected by someone doing the same thing next to you.

So if it prevents us from getting Covid-19, we’re all for it.